Fine dining and comfort food aren’t usually synonymous with each other, but here we are at Amaru, a venue that will leave you thinking otherwise.

Set on a shopping strip in Armadale, wedged neatly in between bridal boutiques is this little, unassuming fine diner. Microcement rendered walls give it a stark, warehouse-esque feel, and blush pink curtains, natural timber tables and a natural rug extend throughout the dining room. Bar seating provides punters with an up-close-and-personal approach to their experience, and each chef does the rounds of announcing dishes to guests.

"I want the food to be a journey and an experience but I've never wanted it to be too gimmicky or over the top," said owner Clinton Mciver (Vue de monde). "We look for balance in the menu as a whole. I don't like it when you've gone for a tasting menu filled with big, rich, heavy dishes that leave you bloated by the end. We wanted a menu that was overall refreshing, that ebbs and flows throughout the course of the experience, but at the end you're left feeling content and happy with all your senses engaged throughout each dish."

And each sense is engaged with both menus, with the sensory menu offering a few more courses than the tasting menu. The first few courses are presented without cutlery and are designed to be eaten with your hands. Clear samosa-like triangles of kohlrabi are dressed in pickled elderflowers and conceal a light green rock oyster cream with lightly torched, ice-brined prawns, it’s composition is near ethereal.

The next dish is issued with a warning from the chef. The hazard in question? A run-of-the-mill "I just found a twig in the backyard" kind of stick that acts as a makeshift skewer and host to part of an octopus’s charred tentacle, its skin and suckers rendered crisp in chicken fat, and its flesh refreshingly mucilaginous.

Sommelier Duncan Peppiatt (Saint Crispin) works the floor and uses what we can only assume is telekinesis to pair us with wines by the glass that offer a better match than Tinder ever could. Amaru's entire drinks menu is impressive and boasts everything but cocktails, as wine in all its forms are the star of the show.

Next, a farro dish wobbles its way to the table with a clear skin that glistens like a jellyfish. Heirloom zucchinis are blanched and laid over a bed of farro cooked in kombu broth, topped with parsley puree and olive oil. Blue mussel jelly is brushed with cured pork lard and laid over the top, and surrounded by a fragrant moat of herbaceous seaweed, wakame, kelp and nori paste. In a venue that pledges not to serve rice and pasta on its menu, this farro is a hearty standout.

Our national animal emblem is heralded at Amaru in different ways, too. “Kangaroo loin is one of the most-used cuts by everyone, and the process of butchering a kangaroo has improved dramatically over the years,” said Mciver. “We do use striploin in the final savoury dish, but we wanted to utilise dishes using different cuts of kangaroo, and embrace different ways to enjoy kangaroo with various flavour pairings.”

Three cuts (namely the shoulder, rump and tail) appear in an air-dried kangaroo dish. Its flesh is cured and smoked until it resembles biltong, then microplaned into a fine powder over Siberian sturgeon caviar, while the tail is roasted and caramelised with oxidised Madeira wine and converted into a rich, silky, umami-laden broth that surrounds it. Underneath is an organic daikon orb inspired by the grilled radish cakes you spot at yum cha, cured in dashi with dried scallop and shiitake mushroom. While this sounds more dramatic than the Three Theban Plays, it’s both subtle and nourishing.

Prom Country Cheese (Victoria's first licensed facility to create cheese from raw milk) supplies Amaru with raw sheep’s milk that’s used in an apricot dessert. The milk acts as a savoury base to the sweet shell of apricot and snow-like meringue sticks. Mciver’s attention to detail is as clear here as you can often spot the chef adding minute details to his team’s creations. Perhaps that's why a diner jumped up out of their seat to ask for the staff's autographs on their receipt.

There’s no smoke and mirrors to be seen here at Amaru, just pure ingenuity coupled with good intentions. If this marks the renaissance of comfort food, we’re here to fully embrace it. 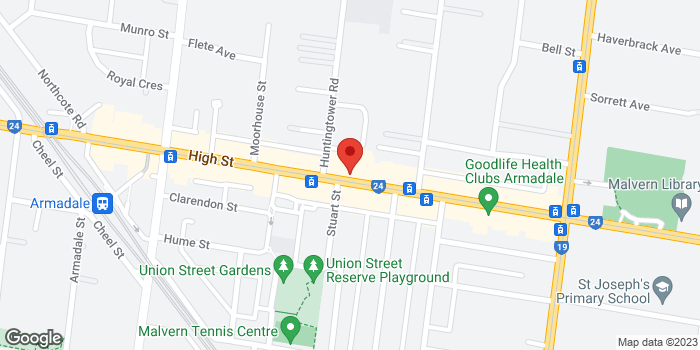