Restaurants, Malaysian Melbourne
3 out of 5 stars 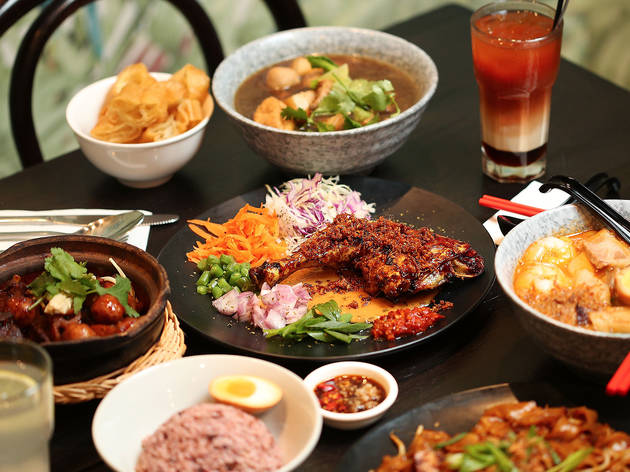 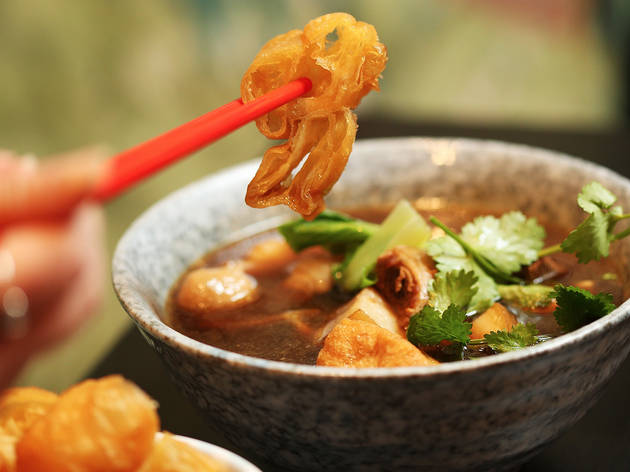 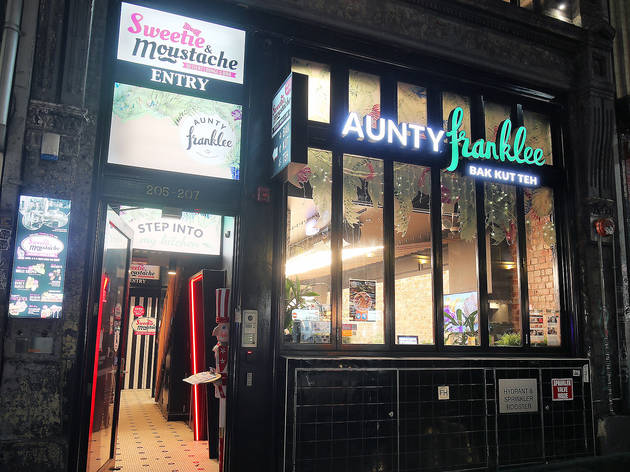 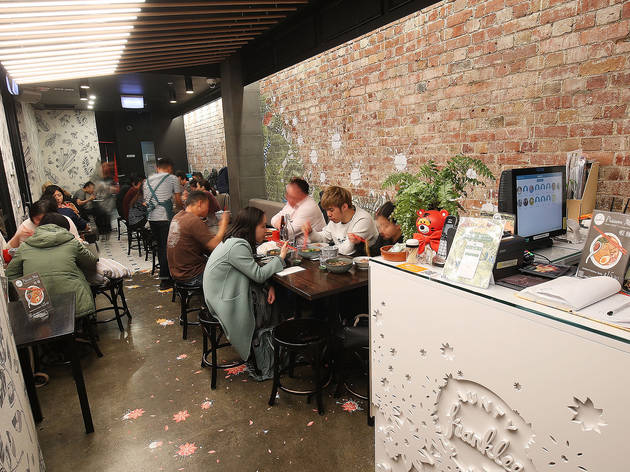 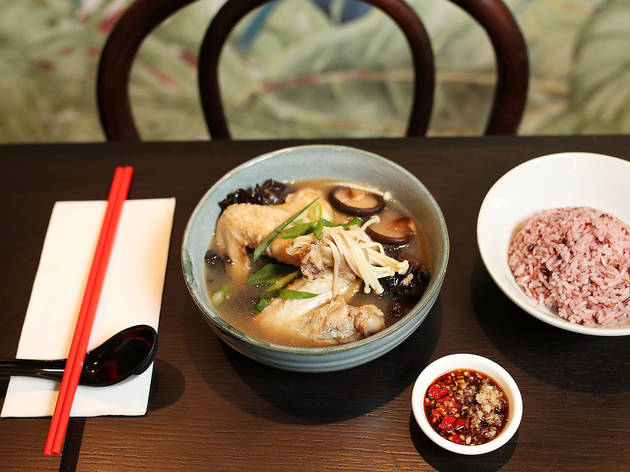 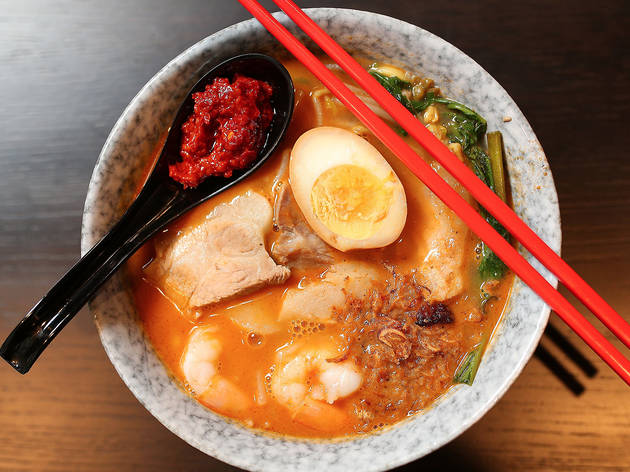 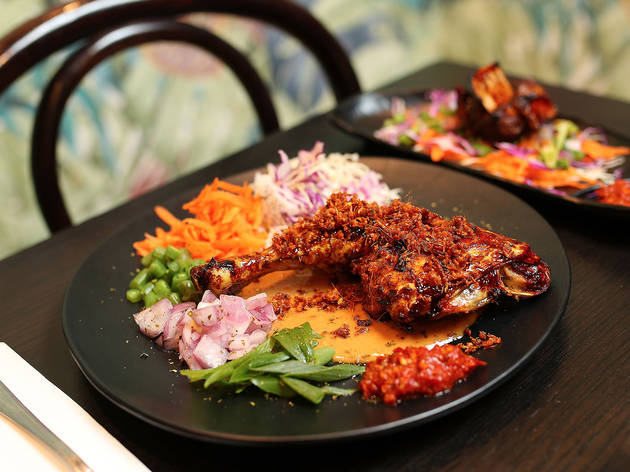 Malaysian food is well represented in Melbourne, but what many Australians familiar with laksa and roti canai may not have heard of is Malaysian Chinese herbal soup bak kut teh. ‘Bak kut teh’ literally translates to mean ‘meat bone tea’, although it isn’t made with any oolong – instead, the name is thought to have derived from the copious cups of Chinese tea that are traditionally consumed alongside the dish.

This East Malaysian family-run restaurant is run by twin sisters, Francesca and Fiorn Lee, and Aunty Franklee – previously known as SugarBun – specialises in the staple broth, which explains the hordes of young Malaysian students crammed into the long and narrow restaurant.

Aunty Franklee is housed in a heritage-listed building on the corner of Little Bourke Street and Russell Street and an air of chaos characterises the understaffed eatery, with the din of conversation providing the backing soundtrack.

The family ethos underpinning Aunty Franklee is most evident in the personalised, novel and slightly twee method of ordering. Numerous illustrated postcards are strewn across the table in place of an average menu, tracing not only each dish’s historical origins but the cultural significance it occupies within the Lee family. Waitstaff proceed to take customers’ orders as they read their preferred choices from the postcards; it’s an interesting, albeit slightly cumbersome, approach.

Although bak kut teh is the star of the menu – both the wet and dry versions – it’s not the exclusive offering; barbecued meats, char kuay teow, mother hen soup and prawn egg noodles are primed for the eating. The drinks menu is brief – the lemon barley is warm and comforting, while the Borneo milk tea provides a sharp and sweet injection thanks to its use of coconut sugar.

Garnished with a sprinkling of fried shallots and slivered spring onions, the lightly charred noodles in the char kuay teow retain the ‘wok hei’ (otherwise known as wok breath) that char kuay teow is famous for – that slightly caramelised, smoky taste brought about by cooking the exact right amount of noodles over high heat. The prawns scattered throughout the dish are plump and fresh; the sliced Chinese sausage adds a salty kick to every bite; and the fishcake is firm and flavourful. The only thing lacking is chilli; the dish is noticeably light on spice.

Bak kut teh is traditionally made with pork ribs braised in an earthy concoction of spices such as star anise, garlic, pepper and cloves with mushrooms, greens, okra and tofu puffs. Aunty Franklee’s version has all of the above plus a few generously sized pork meatballs. It’s herby and comforting, but surprisingly not as full-bodied or fragrant as we’d expect from something stewed with 23 herbs and spices. Though we’ve got no complaints about the addition of crisp Chinese doughnuts for dunking in the broth. The healthy side of multigrain rice is a departure from the garlic and shallot-oil infused white rice that is typically served with bak kut teh in Malaysia, and we’d have preferred the OG version, honestly.

Quibbles aside, there is nothing quite like Aunty Franklee in Melbourne - nowhere else specialises in bak kut teh, and the venue has a quirky charm that renders it distinct from Malaysian chains like as Pappa Rich and Mamak. When you want to branch out from stock-standard Malaysian fare, pay a visit to Aunty.