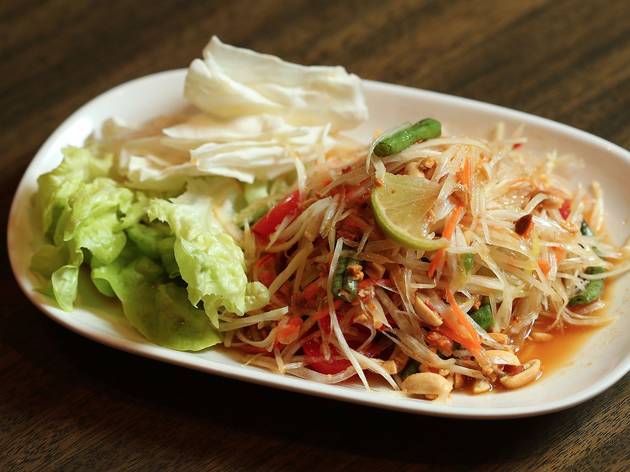 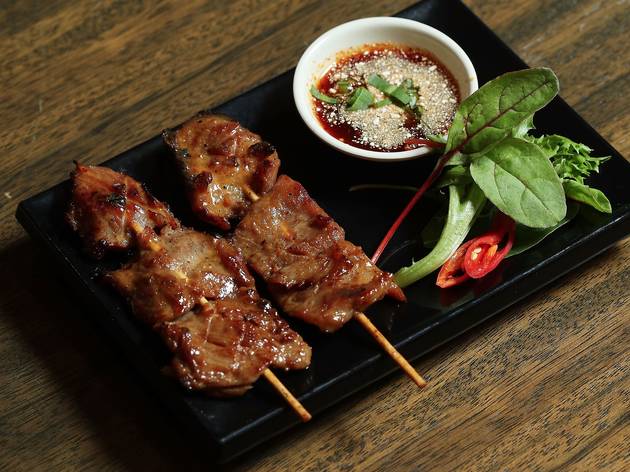 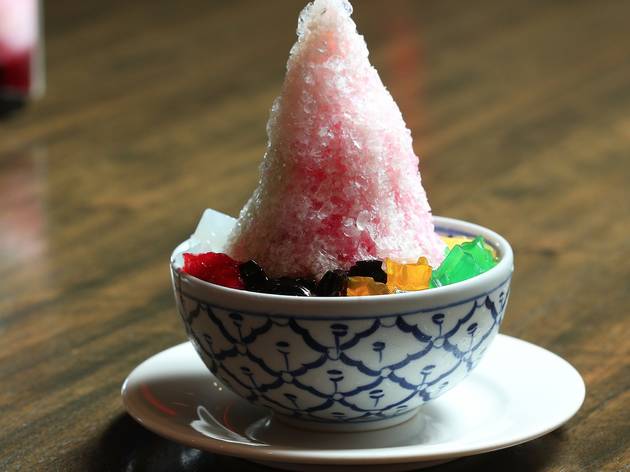 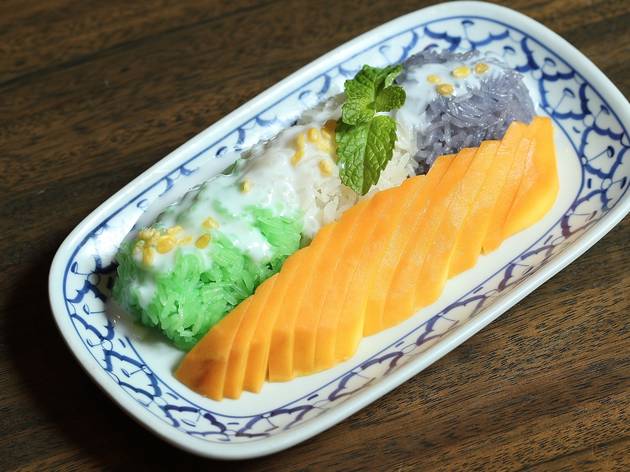 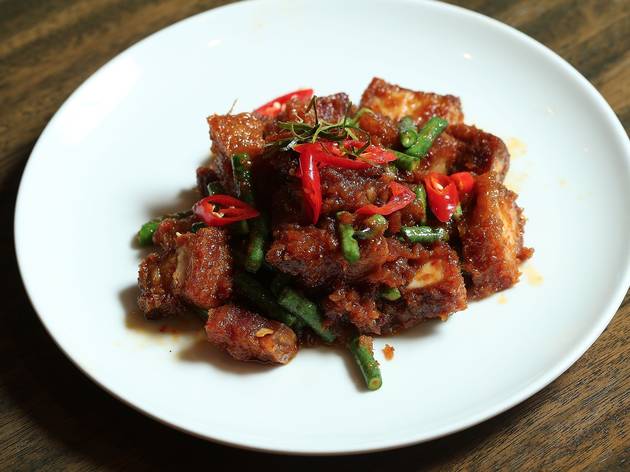 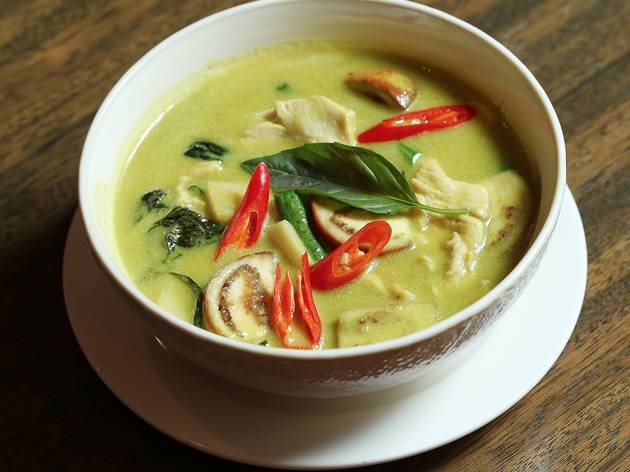 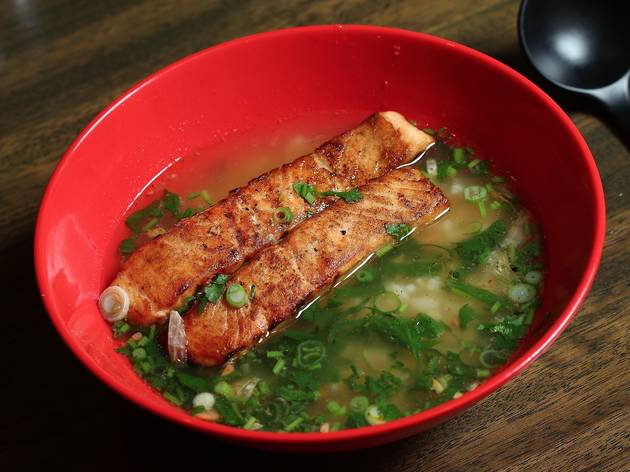 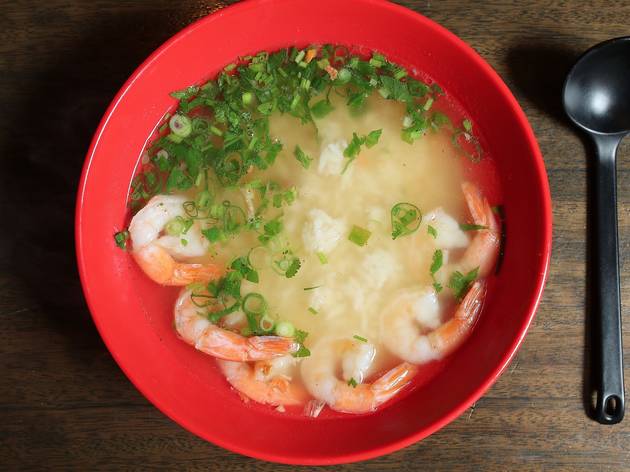 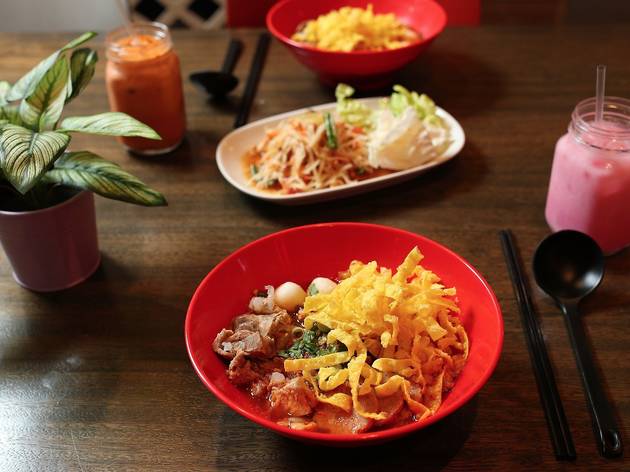 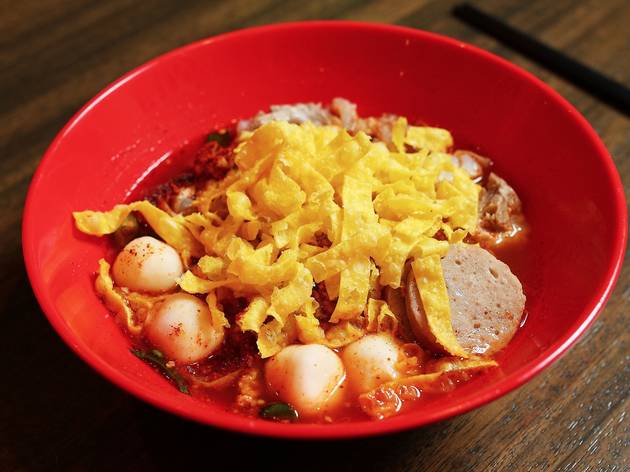 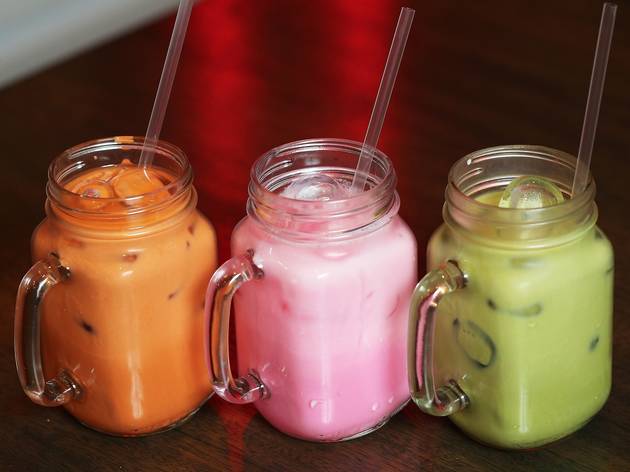 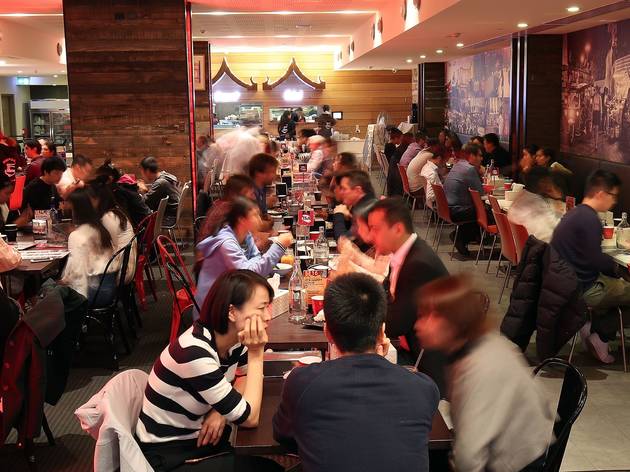 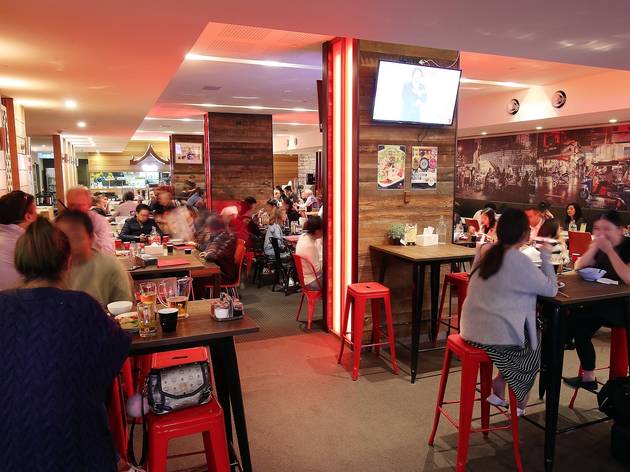 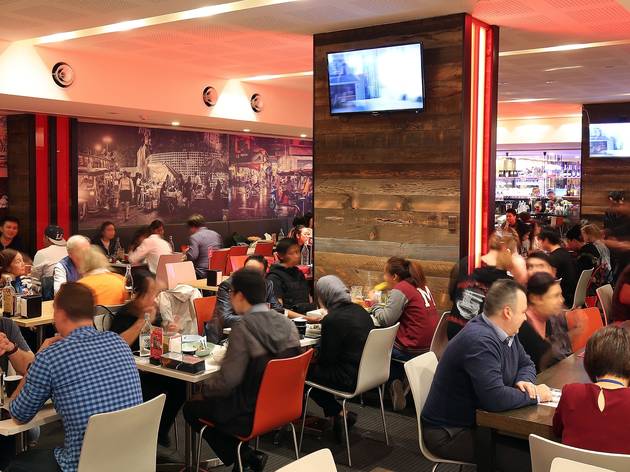 Update: We attended this venue in April 2018 and some details may have altered since then.

It wasn’t long ago that Melbourne was considered the runt of the litter with our limited choices in Thai restaurants. But we’re catching up, with Dodee Paidang joining the authentic ranks of Jinda, Tom Toon Thai Noodle and Soi 38.

Dodee Paidang is a Sydney import from Somporn Phosri – the fourth store of the family. After winning the hearts and tongues of Thai locals in Sydney, he thought it was time to conquer Melbourne. Hidden in the basement of Hotel Causeway 353, off Little Collins Street, you’ll find the colourful, low-fi and community-driven 150-seater packed to the brim with Thai natives. Thai is the first language spoken here by guests and staff, but service in English is no less friendly or accommodating. Just be sure to project when ordering, as the ‘90s song-stylings of Celine, Mariah or the Backstreet Boys will be blaring over the speakers. Some nights Thai cover bands will be singing their favourite hits. We hope you like Coldplay.

The main event is the signature tom yum noodle, coming in a clean, sweetly porky, hot-and-sour broth hit with generous spoonfuls of fried garlic and topped with crispy wonton strips. Each comes with toppings ranging from seafood to soft pork bone and can be customised with a choice between seven types of noodles, such as glass, rice, instant and supersized, for those with an appetite. Caddies with chillies in fish sauce, chilli powder, vinegar and straight-up sugar are on every table to adjust each bowl to truly make it your own. Competitive friends can be seen challenging one another on levels of heat, stomaching chilli levels up to seven – which causes the usually clear broth to turn opaque – with precautionary names like ‘devil’, ‘lava’, ‘super volcano’, and all the way up to ‘super nova’. Order at your own risk and beware the sweats, chilli hallucinations and the inevitable Johnny Cash. Staff do well to question your bold decision making, sometimes qualifying that it comes ‘Thai spicy’ and that they can only handle a level three heat, themselves.

Less popular but equally as addictive are bowls of rice drowned in the same tom yum broth with a similar variety of toppings. A full menu is also available all day, but it is best for those who come in groups. Thin, marinated slices of grilled pork neck are served next to a punchy nam jim jeaw dipping sauce; strips of marinated, air-dried, fried beef are reminiscent of jerky; curries and som tums (green papaya salads) are up there with those you’d find in northeast Thailand and are devilishly fiery. Those who are brave enough to embrace the specials will be rewarded with dishes like gelatinous, soft-cooked tendon stir-fried with chilli and holy basil, perfect when accompanied with rice and shared family-style due to the growing hum of spice.

Dodee Paidang is Melbourne’s answer to the growing number of homogenised, pan-Asian eateries popping up on every corner with dangerously similar menus. It follows no formulas except for being unapologetically Thai. Dodee is proud of its origins, gracious in its delivery, delicious in every bite, and we salute it for not pandering to a western palate.