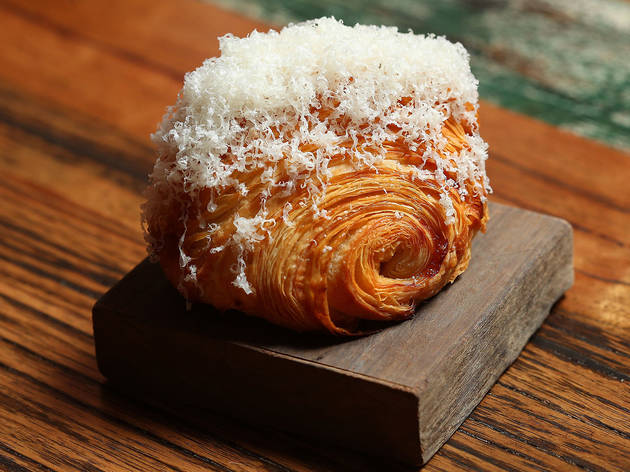 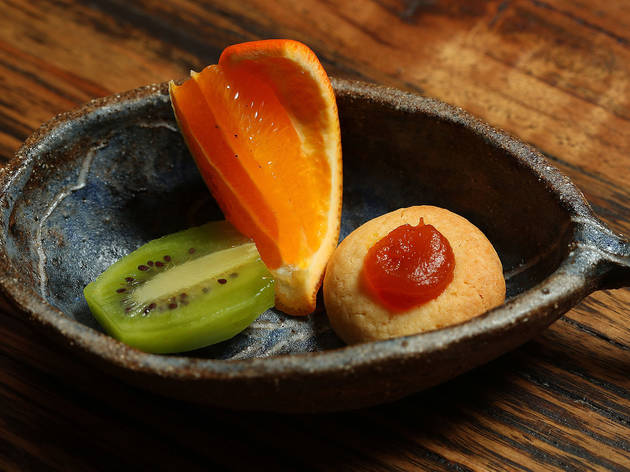 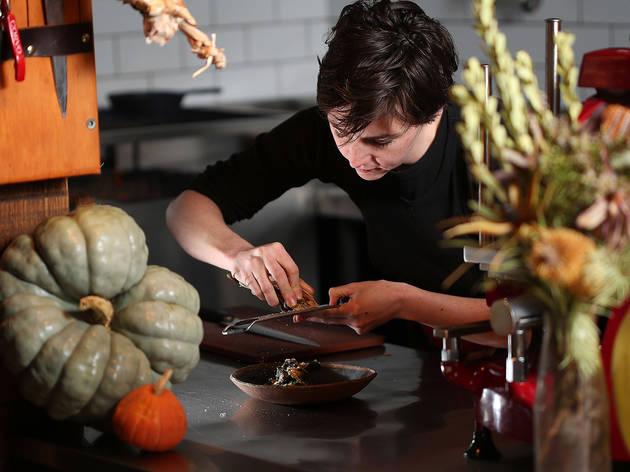 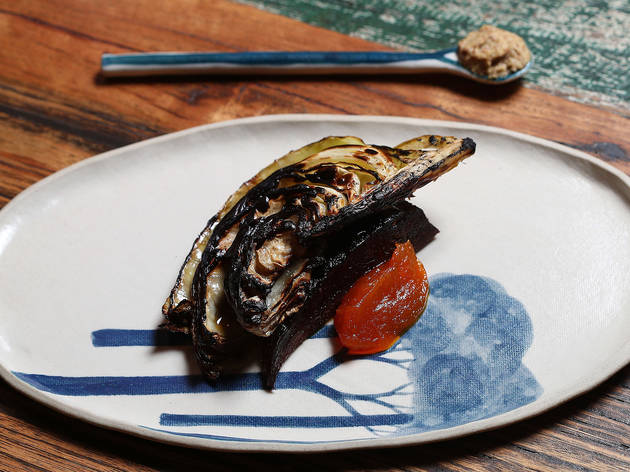 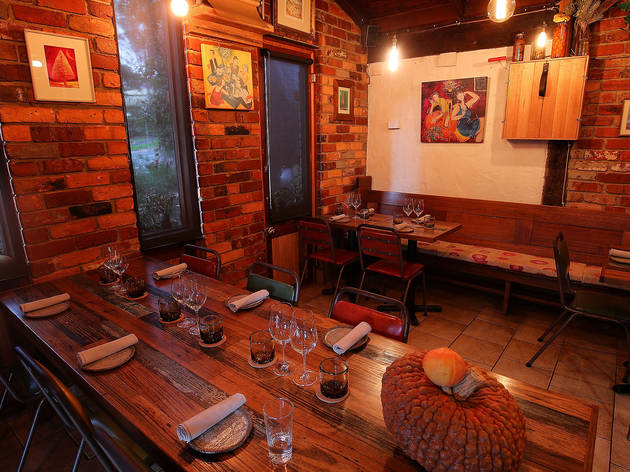 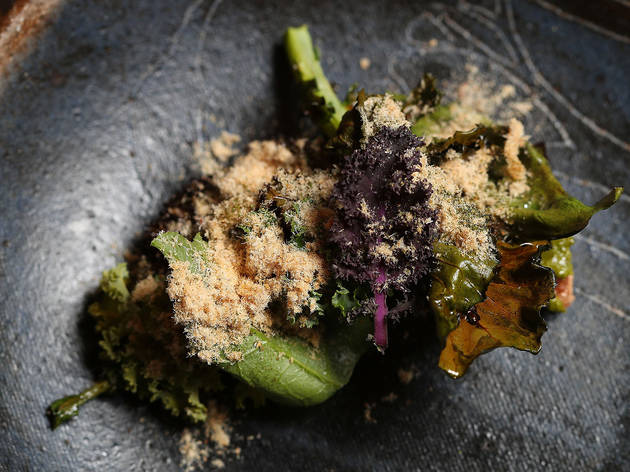 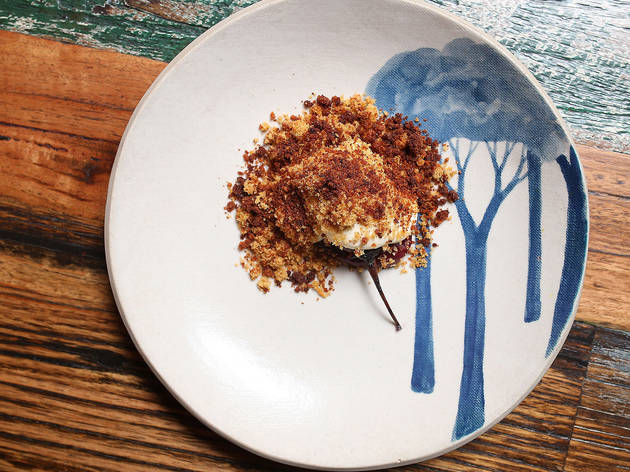 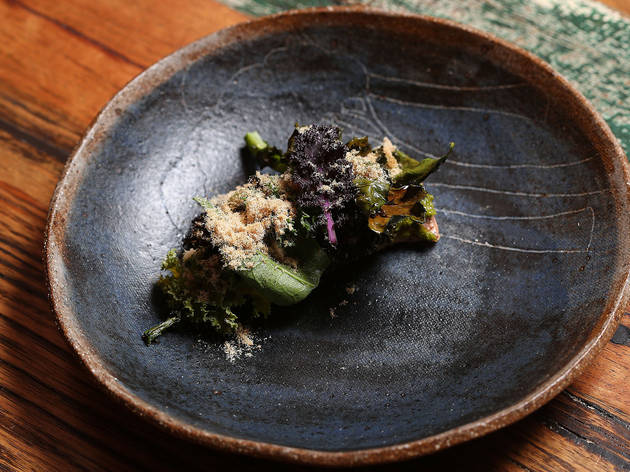 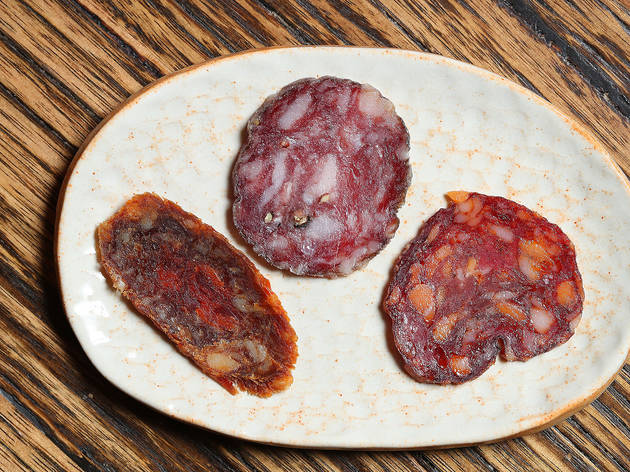 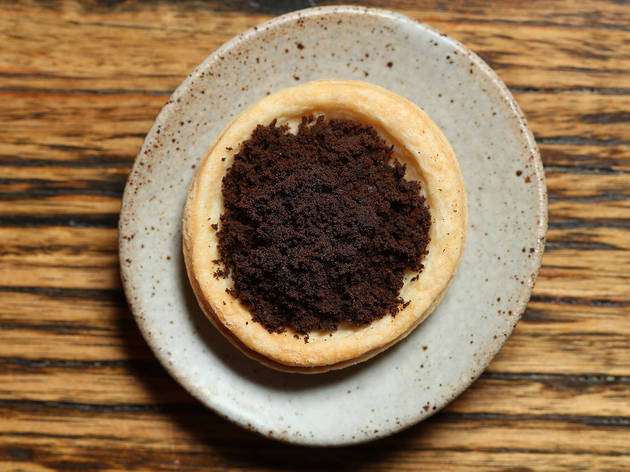 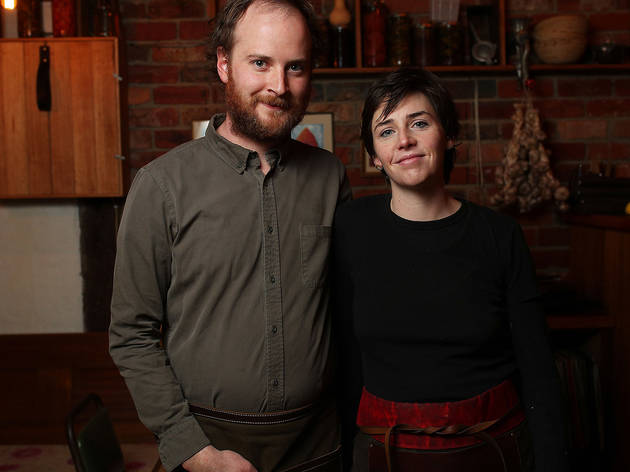 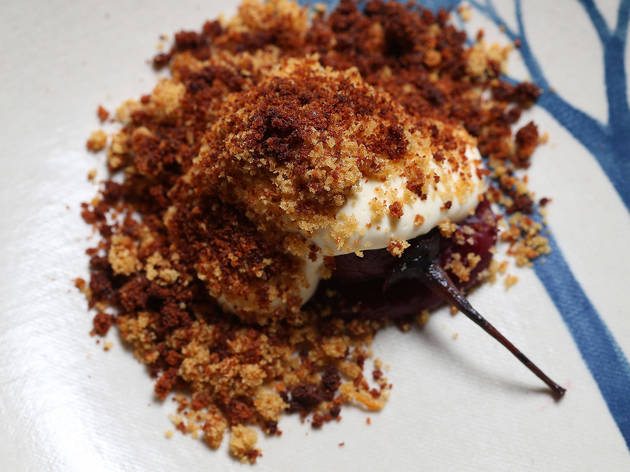 Locavore brilliance lurks in the outer ’burbs at Greasy Zoe’s

We’re at the end of the line. Literally – the end of the Hurstbridge Line, a 50-minute train-ride out of the CBD, where Melbourne’s suburban identity gets the wobbles as it dissolves into countryside. Take a left from the station, walk for five minutes, then take a right. One hundred metres onwards you’ll find one of the winningest little restaurants to warm the cockles and the sub-cockle region.

Greasy Zoe’s is the name discreetly etched on the door, but this is no American-style diner with bottomless cups of filter coffee. The reality is a cool rustic bolthole big enough for an open kitchen, vinyl spinning turntable and just 15 seats. It feels less like a conventional restaurant, more like you’ve accidentally wandered into the bijou farmhouse of someone with really good taste in music.

Zoe Birch (ex-Courthouse Hotel and Healesville Hotel) is working the wood grill in the open kitchen. Lachlan Gardner works the floor. The cunning pair have confected the answer to the rent/staff/squillion dollar fitout crisis with their self-sufficient, two-person operation that rolls in sync with its locality.

We’re in the heart of Nillumbik Shire, which stretches out to Kinglake and Whittlesea and buts up against the Yarra Valley. Birch and Gardner stick to the locavore brief by championing small local producers, from artisans to friends with an excess of backyard pumpkins and sticking as much as they can to their green wedge municipal ’hood.

It’s a set-menu scenario – $140 for a multi-course affair – and for some of the best, brightest cooking to be found across the city it’s great value. This is a place where crackle-topped pumpkin puffs in choux pastry rub shoulders with mushroom tartlets (made with their own butter), the ashed goats’ cheese and mushroom duxelle conspiring with last season’s dehydrated pine mushrooms to achieve a haunting forest floor excellence. More best-in-show snackage: purple congo potato crisps piped with garlicky skordalia, and Birch’s own charcuterie, including duck salami packing huge flavour.

Mackerel hangs above the grill, slowly curing to be grated over rainbow trout from Eildon, the dashi effect grounding the sweet carrot puree and green carrot-top sauce. Lamb slow-cooked in persimmon juice so the outside is wickedly dark and glistening is coyly hidden in charry leaves of cabbage, kale and kohlrabi, a wooden spoon of the house-made mustard the final grace note.

The cheese course is a rhubarb-filled housemade croissant covered in a blizzard of aged buffalo cheese. The dessert course teams stewed tamarillo with milk sorbet, burnt butter cake crumble and a housemade cream cheese that reads like cheesecake. And it’s a hallelujah moment that in place of any po-faced petit fours arrives perfect slivers of tangello and kiwi fruit pouting for their close-up and a retro-tastic pumpkin drop biscuit. It’s a cute, succinct, vitamin-heavy summation of the GZ ethos.

You’ll be wanting to catch the train, incidentally, to capitalise on the wine list that has much more time for geographical outsiders than the food, heading to the Yarra Valley and thumbing its passport for obscure vineyards in France and Germany. To that end, this might be the only restaurant in Melbourne with the train timetable on its website. Take the hint. Greasy Zoe’s is not geographically difficult. Charge the Myki, kick back, and get outta town.