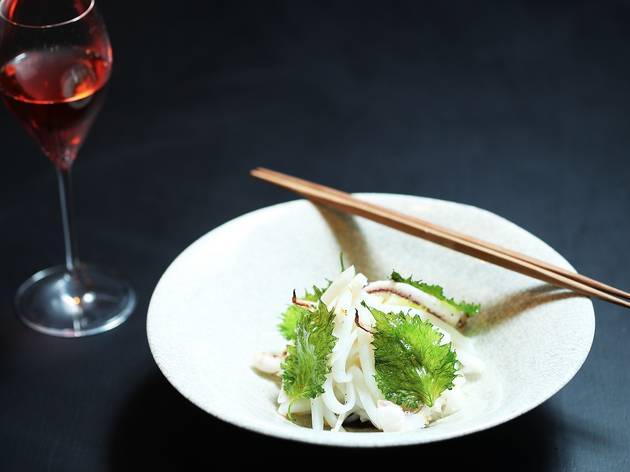 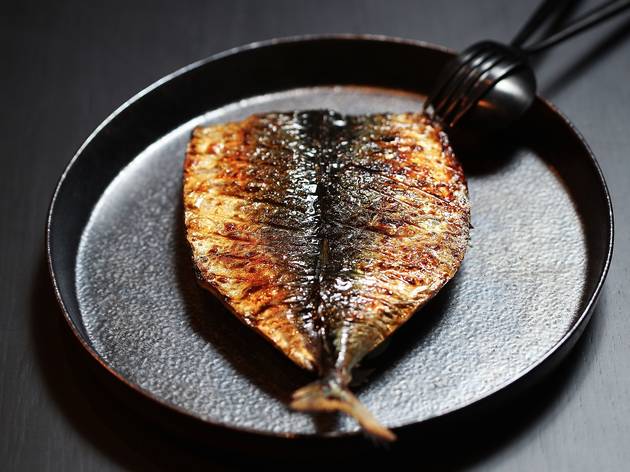 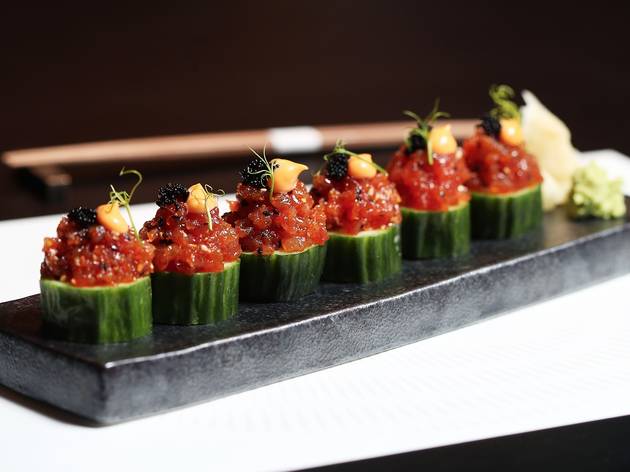 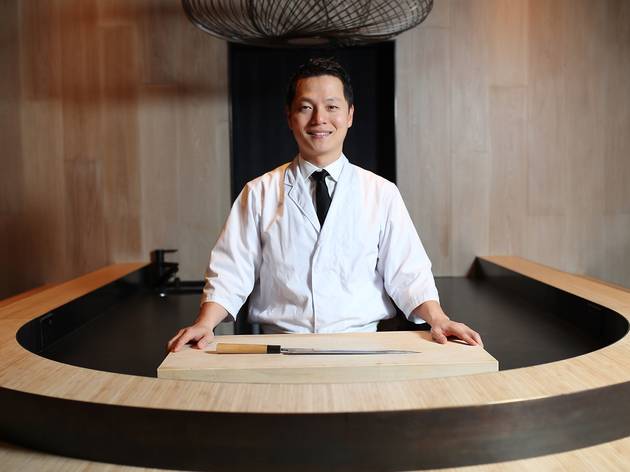 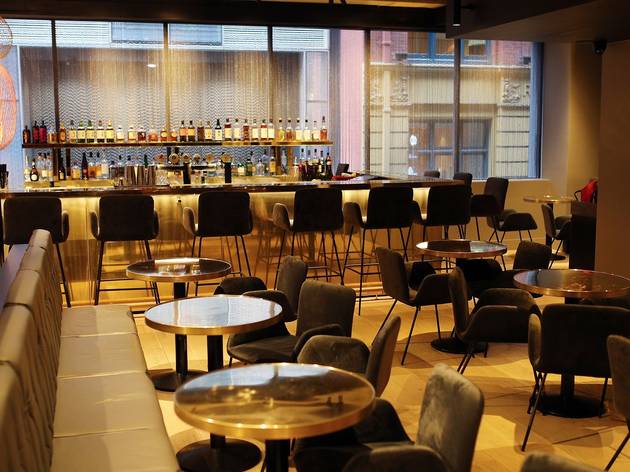 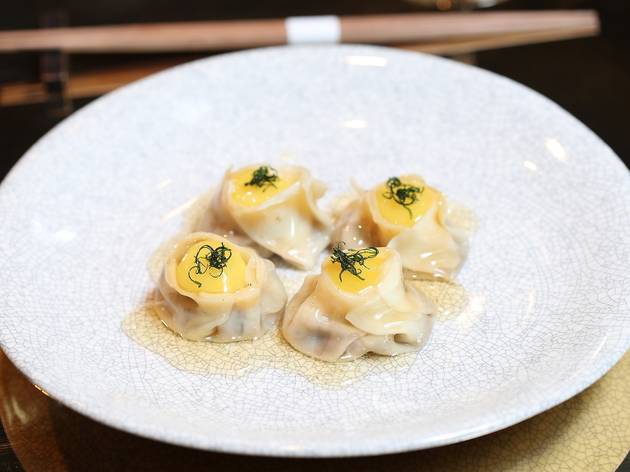 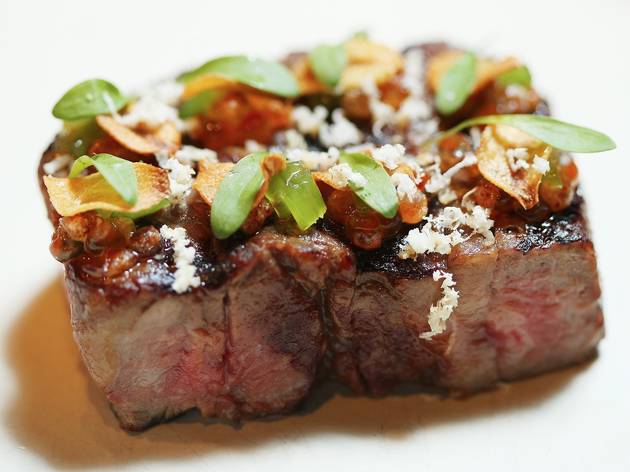 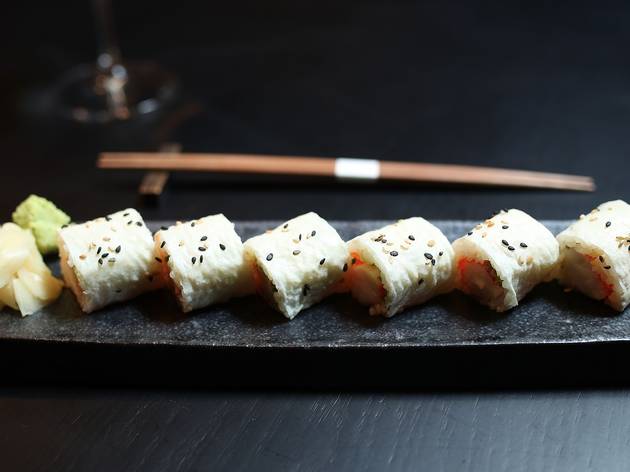 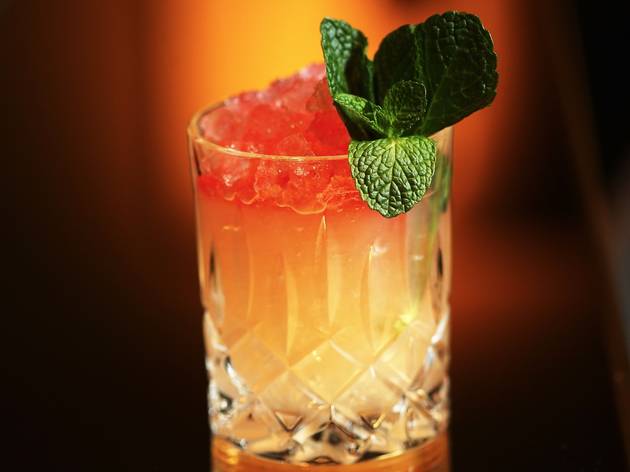 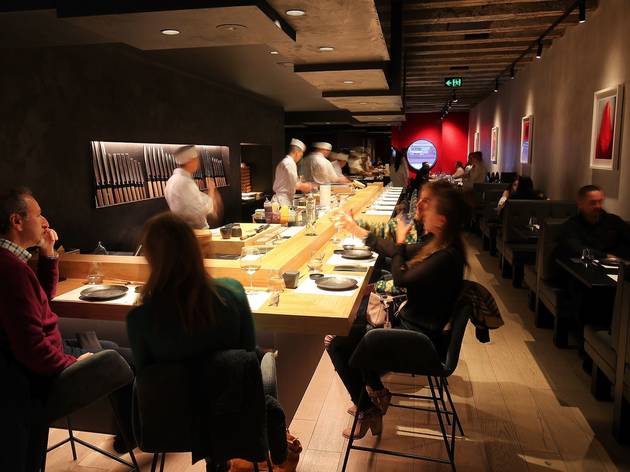 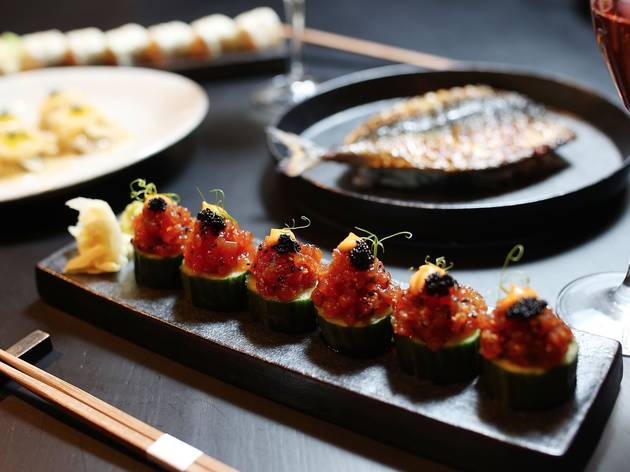 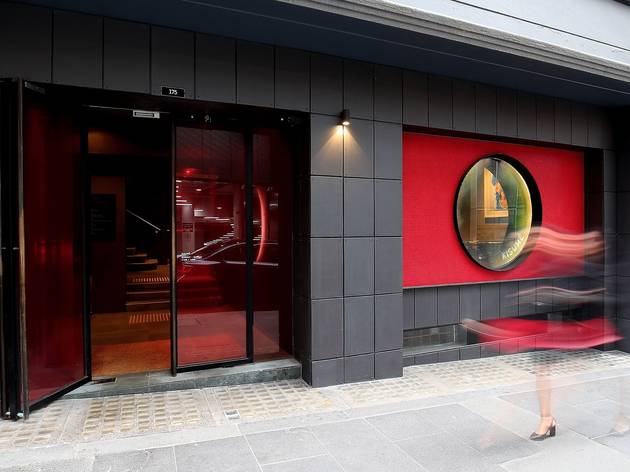 The opening of a restaurant from Chris Lucas, the svengali behind Melbourne greats Chin Chin, Hawker Hall, Kong and Baby, is generally accompanied by the kind of media hoopla reserved for retiring members of the Royal Family, so here’s the deal: all you have heard about Kisumé, the Lucas Group’s three floors of Nipponesque dining power, is true, and then doubly so.

Yes, there’s Nick Cave, rocking a blue wig and red lipstick thanks to Aussie photographer Polly Borland. Yes, there’s a bunch of Japanese ladies in kimonos and bondage-lite joining him on the wall thanks to Nobuyoshi Araki. Yes, there’s the omakase counter where slivers of jewel-coloured ocean flesh are laid out with all the ceremony of tea in Kyoto, some complete with judiciously placed ornaments of edible gold leaf.

This, in short, is a place determined to bring the bling. Architects Wood Marsh have created three levels of Flinders Lane dining power, including a bar dedicated to Chablis (albeit not exclusively) on the upper level, and the lower two floors enjoying the clang and clash of sushi bars mixing it with à la carte tables where hot dishes wrestle attention from the raw and cold in a two-menu act of bamboozling choice.

There’s been a great show about the best-of seafood pouring into the kitchen for sushi master Moon Kyung Soo, recently at Mikuni in Singapore, and brothers Yosuke and Shimpei Hatanaka to work their mad knife skills upon. It’s listed on the menu – salmon from New Zealand, Tassie calamari and uni, Port Lincoln bluefin tuna, et al – the song and dance undermined by Alaskan king crab rolls (discussion point: does regionality matter when great sweet chunks of the critter are swaddled in flavour-neutral soybean paper with the salty grit of flying fish roe?). Spicy tuna on cucumber rounds, dabbed with black roe and orange mayo the colour of Veuve labels strikes a high note for carb dodgers, but skin-on sea bream sashimi is chewy and screaming out for something more acidic than its inert beetroot puree.

Cut through the hot air about Kisumé and the take-home message is that it’s good, sometimes great, although if you don’t watch yourself the bill will creep into the stratosphere. A bowl of just-warm, incredibly tender calamari tentacles in a Vegemitey nori purée has flavour that goes on forever; ditto an enormous fillet of mackerel, the skin scored and scorched, its brutish flavours mollified by sesame ponzu, chilli and a flutter of ginger; so too, for that matter, does the chargrilled Blackmore Wagyu, a paean to the Japanese love of steak, all butter softness, and its flavour support cast of ginger soy, horseradish and wasabi. And do make sure you check out the crab dumplings – arty little numbers with a quail egg oozing its yolk into proceedings with palate-cloying success.

Take a peek en route to the upper-floor loos of the horseshoe-shaped wooden bar that will be the theatre of the $175-a-head sushi-fest known as Kuro Kisumé when it opens in late July. It promises great things to those with the financial means to support a sushi habit. For mere mortals, it might be time to start saving.