Restaurants, Pizza Carlton
3 out of 5 stars 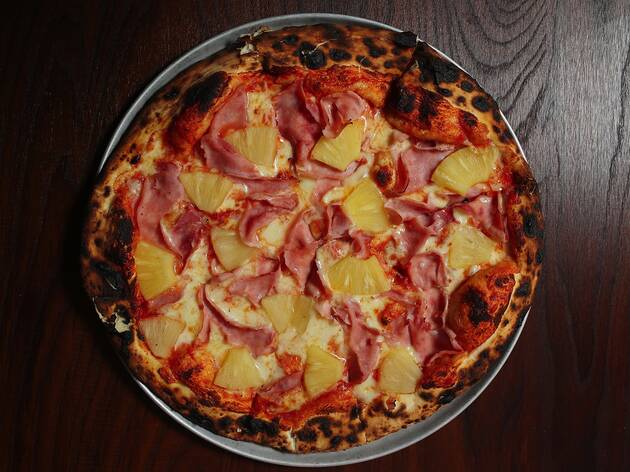 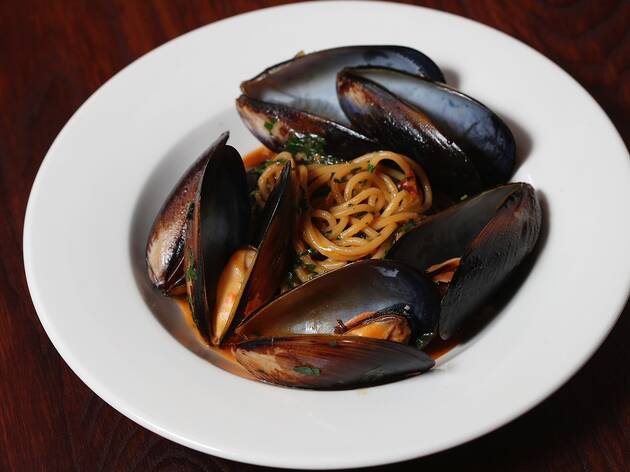 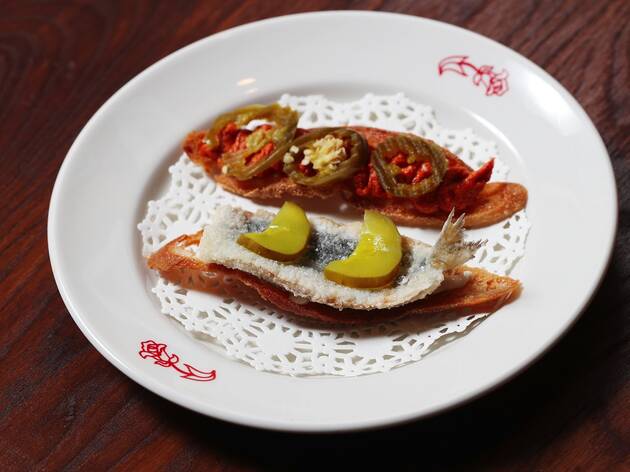 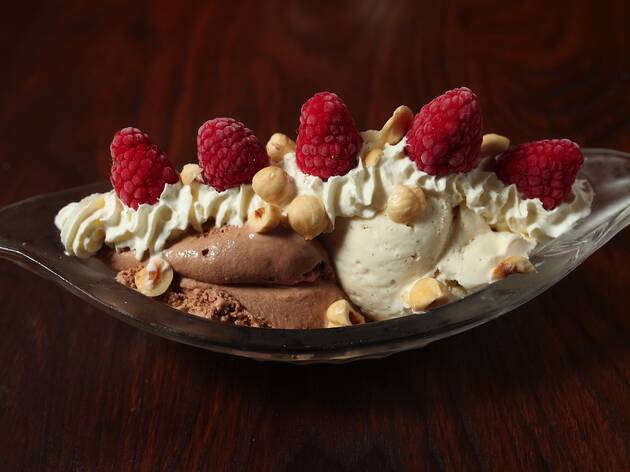 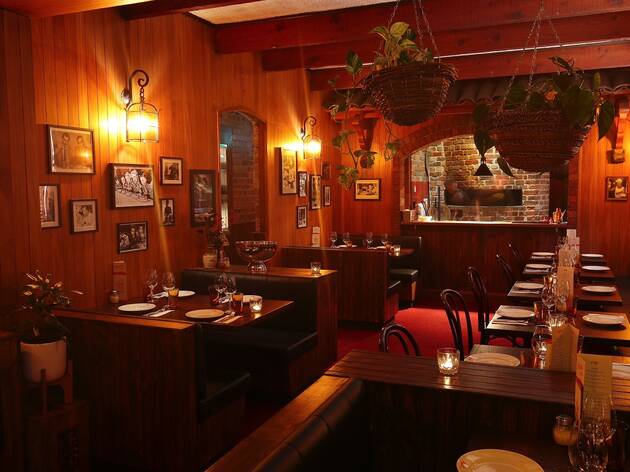 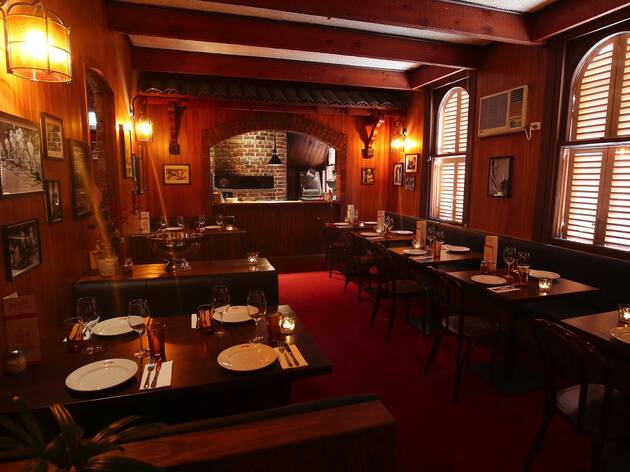 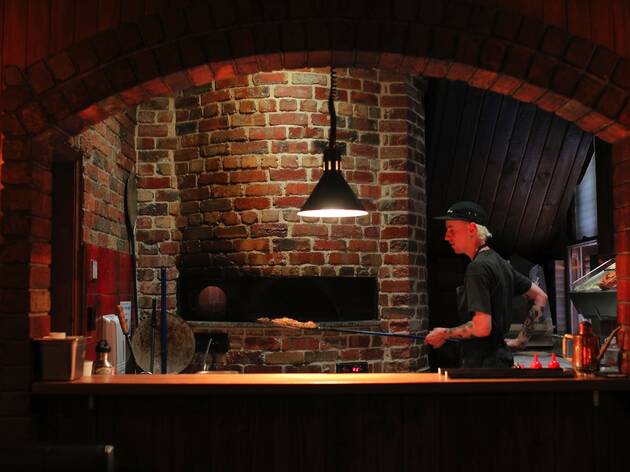 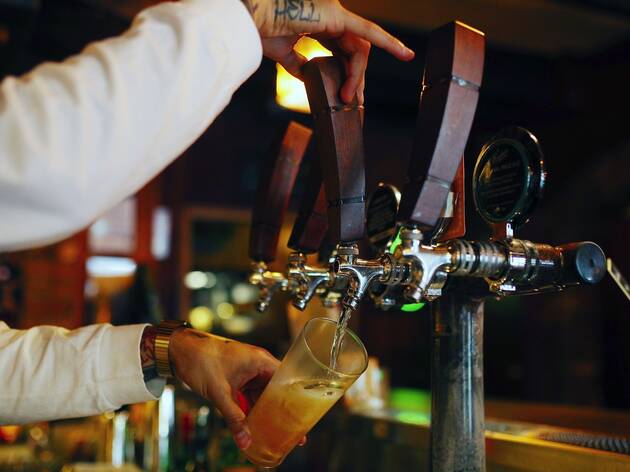 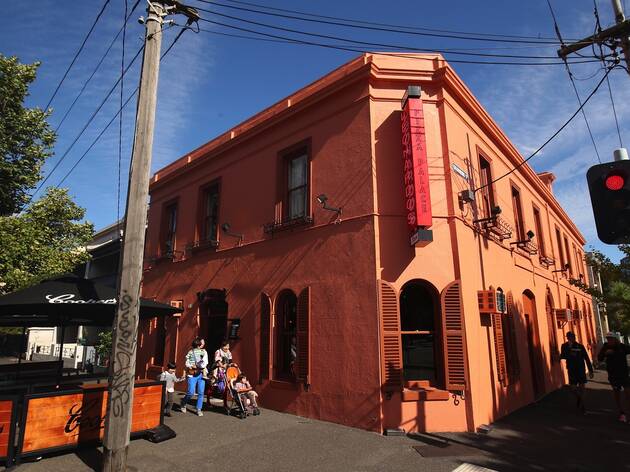 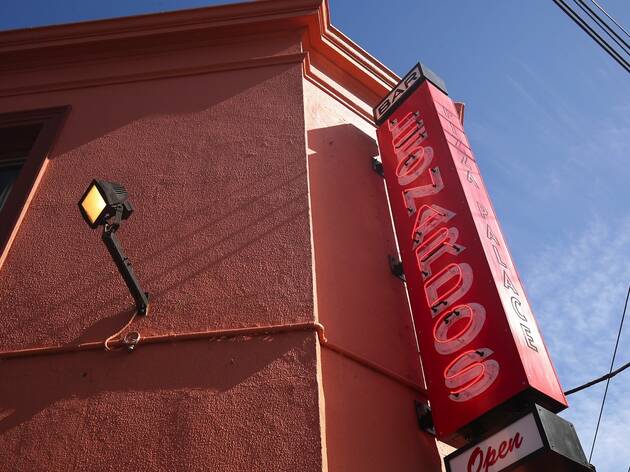 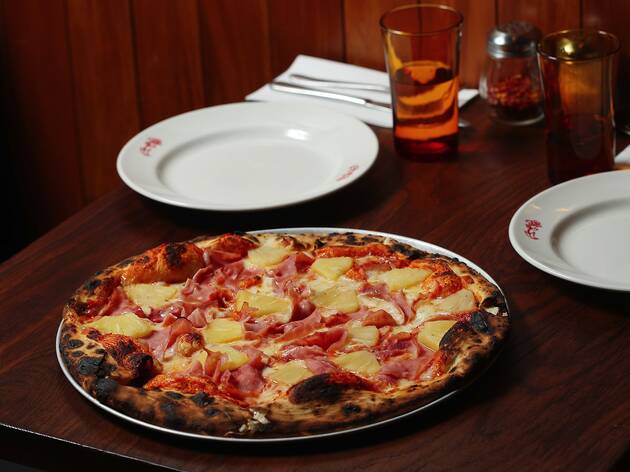 Leonardo’s Pizza Palace is a Bermuda Triangle of pizza, drinks and good times

In an age of smoke and mirrors, where restaurateurs typically spend bajillions of dollars nailing the look of their new offering to the hospitality gods, it’s downright refreshing to see someone win the game by doing precisely nothing. Nothing – or a close approximation thereof, if you ignore the new resident DJ – is what has helped elevate Leonardo’s Pizza Palace to the exalted status of the latest “it” place where a no-bookings policy regularly sees pizza hopefuls cooling their heels on the Grattan Street footpath.

Leonardo’s has taken up residence in the former Da Salvatore Pizza by the Metre and honoured the spirit of the Wild West leadlight windows, red brick archways and acres of dark polished timber that came with it. The equally irreverent sibling to Leonard’s House of Love in South Yarra, Leonardo’s is more spaghetti western than Neapolitan puritan. The pizzas follow suit, the New York-style pies going fatter on the base with plenty of spongy chew and char.

Forget the keto diet until tomorrow. This is a supremely bready kind of place. It’s where a side of ranch sauce arrives with pizza (you know… for crust dipping) and where crostini dominates the starters list. Saddle your toasted bread up with a spicy smoosh of ‘nduja and jalapenos, or a butterflied, pan-fried sardine with creamy whipped bottarga and vivid yellow cucumber slices bring the retro sweet pickle action. Spaghetti with mussels is elevated by a tomato-based sauce infused with enough crustacean bodies and souls to make a mockery of plenty of red-sauce joints a block away on Lygon Street (and if you want to break the edict about not putting parmesan on seafood pasta, there’s a shaker of the old-school crumbly stuff waiting on the table). From the specials list, a lobster prawn cocktail swimming in Marie Rose sauce makes like the disco era never ended.

Service from a tribe of uniformly tattooed waiters might be perfunctory, but either way it results in an unapologetic ham and pineapple landing at your table, bringing the aloha without the sneer encountered in other pizza joints, complete with excellent charry-edged ham giving gravitas to the controversial combo.

The Ramblr-inspired “Chinese Bolognese” pizza is more like ma po tofu that got drunk and stumbled into a wood oven, a mis-match of textures and odd flavours, with added Sichuan pepper crackle. Possibly it comes into its own after midnight on a Friday or Saturday. The drinks don’t need such an excuse. In between those crostini and a classic ice-cream sundae doused in caramel squiggles there’s time to explore a small world of Italian and Italian-friendly wines. The orange crowd is catered for with the likes of Little Rara’s skin contact sauv blanc, while Leonardo’s Bath Tub Brew is the tap beer of choice for three out of five scenesters lining the bar. Join them. Leonardo’s mightn’t be perfect but it’s one big Melbourne party you don’t want to miss out on.