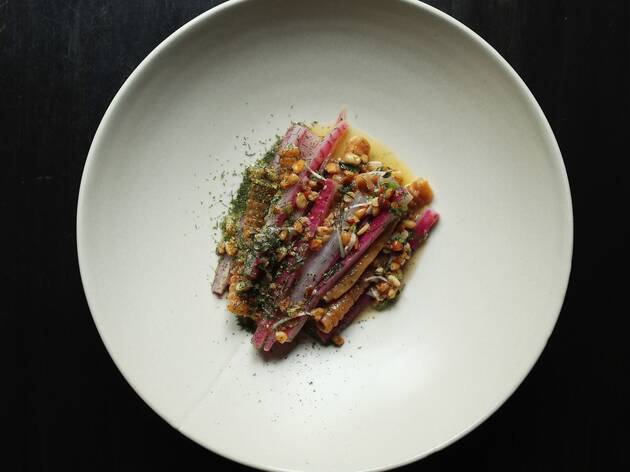 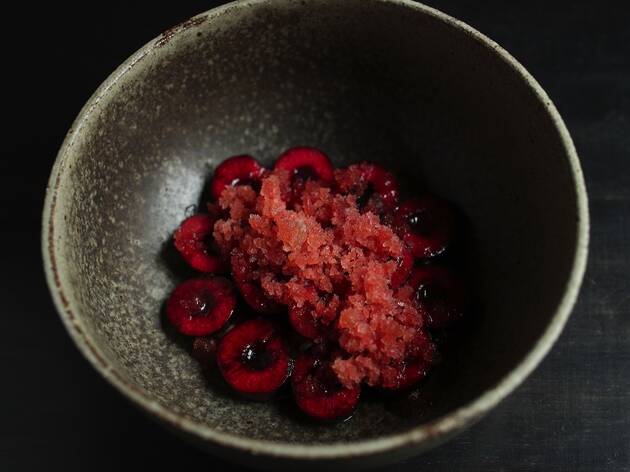 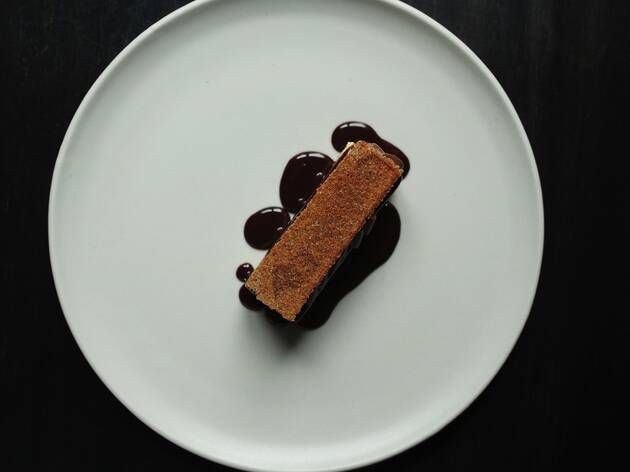 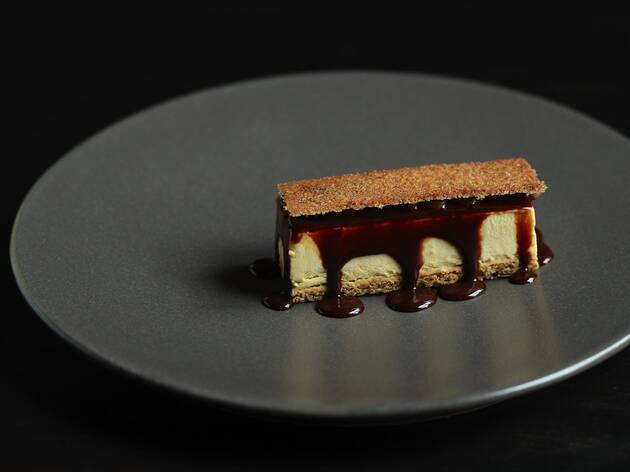 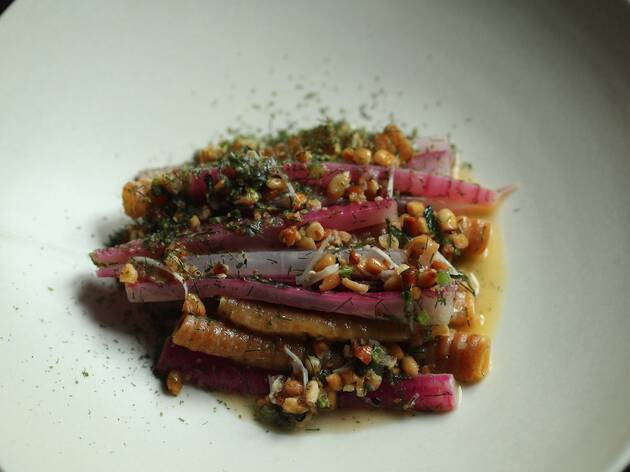 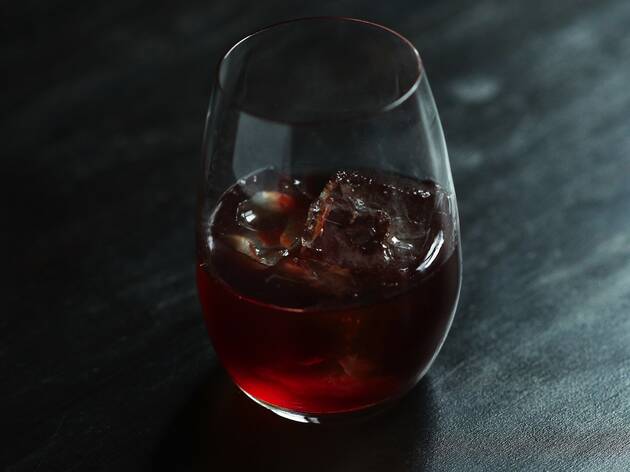 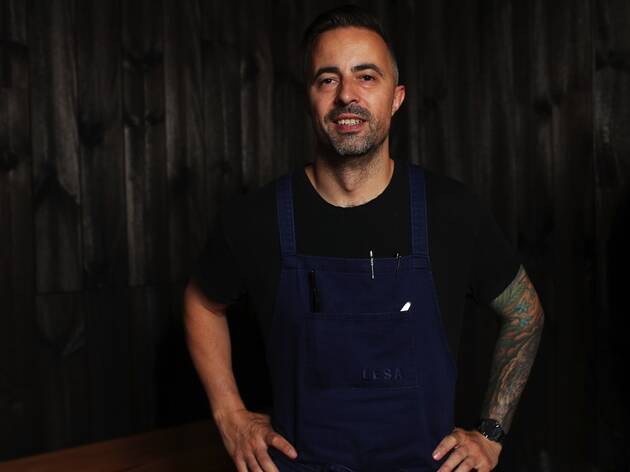 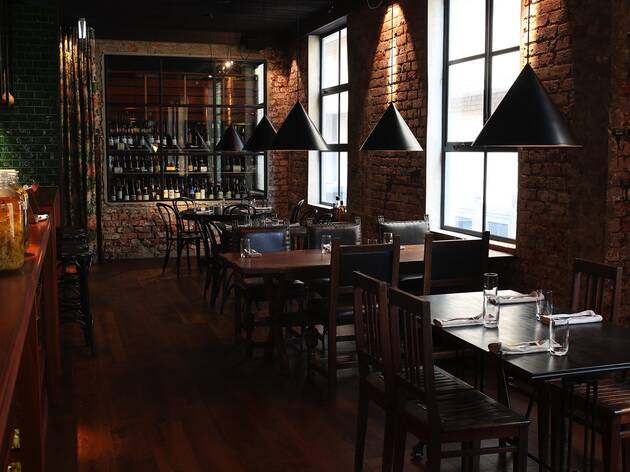 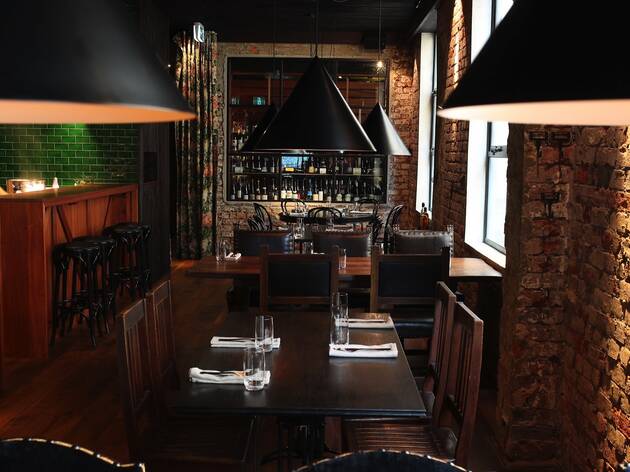 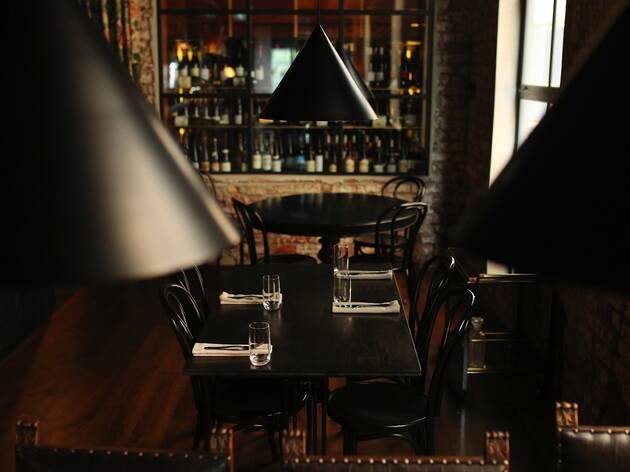 Pickled, fermented, bio-dynamic and new – long-awaited Lesa carries the DNA of sibling Embla but is its own beast

It’s finally here. A bouncing baby restaurant, now three months old and doing well. Lesa sure as hell took its time (the reno of the space above Embla took around three years, a record rivalled only by the recently reopened King and Godfree in Carlton) but has already made a calculated claim on Melbourne’s food and booze-loving heart.

On the matter of the latter: like Embla, the wine list gets its pom-poms out for the shock of the new. First contact with a raft of unfamiliar names make it wise to enlist the help of sommelier Raffaele Mastrovincenzo, previously seen at the likes of Kappo and Ides, who’s armed and dangerous with toasty classic Champagne, freaky Oz wines and even the cherry vermouth chef Dave Verheul’s been experimenting with (spoiler alert: it’s good. A side career beckons).

Find the separate Lesa entrance on Russell Street and ascend to a restaurant dressed with a patina of age. Red brick walls, low-flying lights, and vintage bits and pieces bring it into line with the non-showy aesthetic that’s become the trademark of owners Christian McCabe and Verheul. It’s a place built for people to relax into good times.

You have to order charry rounds of charry, warm, fermented potato flatbread (yes, they’re $8 but you’ll soon forget the outrage) with nutty macadamia cream and shiitake oil the consistency of sump oil that carries an hyper-concentrated, meaty umaminess.

If you simply can’t face another tartare, try Lesa’s and see why Verheul is the master of the art of minimal ingredients to maximum effect.  Last summer’s tomatoes, smoked and dehydrated into straps of pure flavour, cover the meat which rests in a sour-edged base of walnut and burnt cream. It’s new tricks for an old dog.

There’s chopped flounder crudo in mussel broth with blackcurrant leaf, baby peas and the salty hit of mussel dust, a dish that confidently expresses the possibilities of the raw. And a little-known pasta known as ribatoni. Actually, it’s a purely Lesa invention – ribbed macaroni tubes from some fictitious Italian region where peasants produce a version of cucina povera that wouldn’t be out of place in a glossy magazine. The springy fresh pasta arrives ready for its close-up with strips of the purple-hued fire candle radish, with koji, finely chopped fennel and pine nuts making the case for old/new excellence.

The most straight-up dish is lamb rump crowned with the kind of caramelised fat that’s the ovine answer to pork crackle. It arrives on what’s best described as a freekeh congee, along with the seaweed known as hijiki – the leafy green stems like a herb and a succulent fell in love and made a baby. It’s a dish of comfort rather than a glitter cannon, and that’s just fine.

Go during the day and cop the extra-good value of two courses for $55, a benchmark for Melbourne luncheon excellence, complete with waiters who will check in about the time you need to check out. You’ll probably want to throw in a dessert for good measure, like the earthy-sweet roast potato parfait topped with a crisp shard of sourdough and chocolate; or a seasonal riff on cherries in all their shape-shifting forms. Good stuff. Be warned, though: it will still leave you hungering to go back at night to drill down into more options. There’s no harm in that. It’s been worth the wait.