Restaurants Collingwood
Recommended
5 out of 5 stars 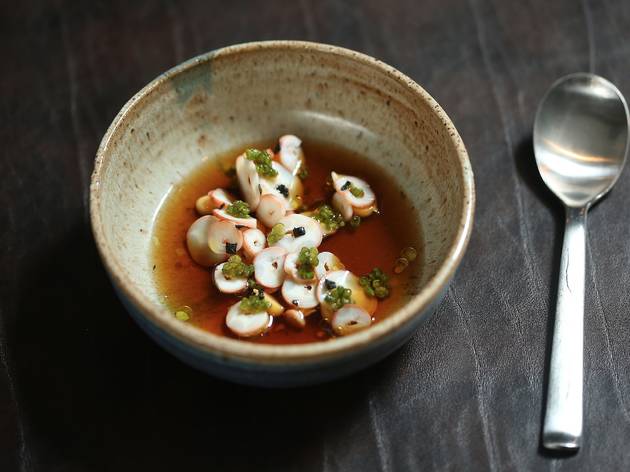 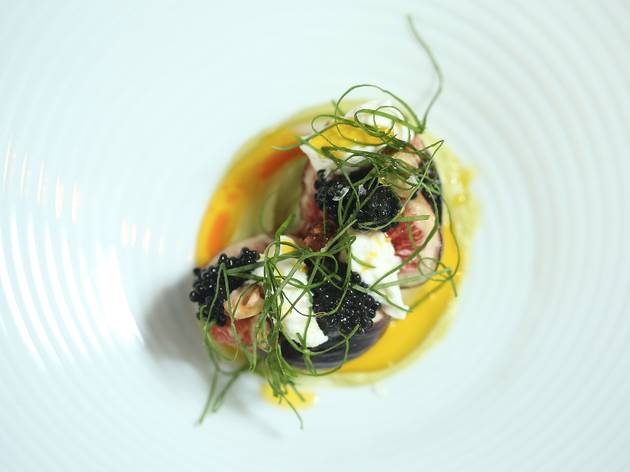 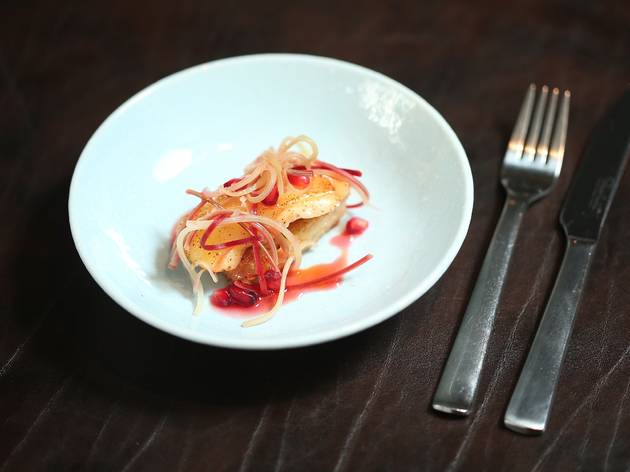 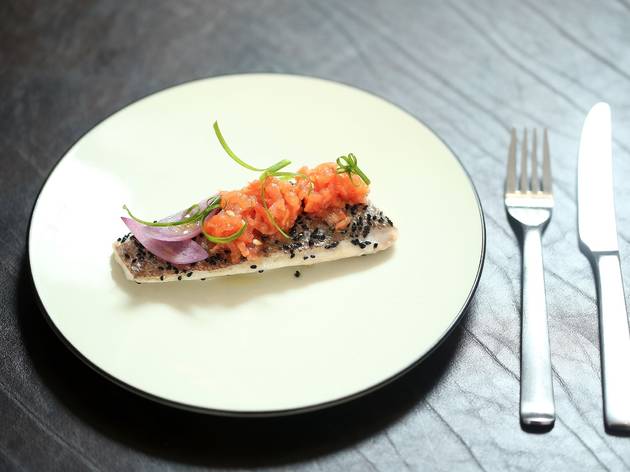 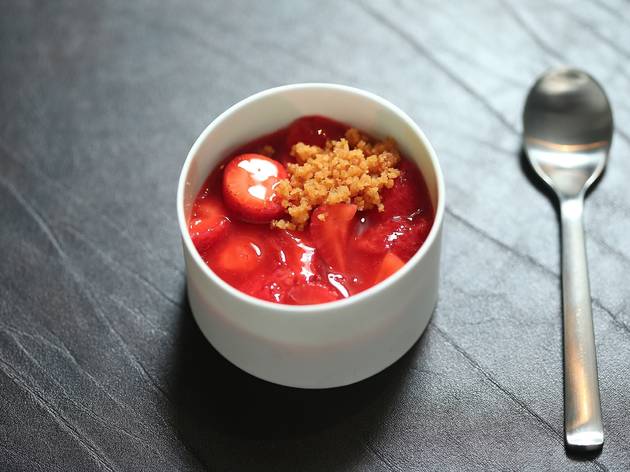 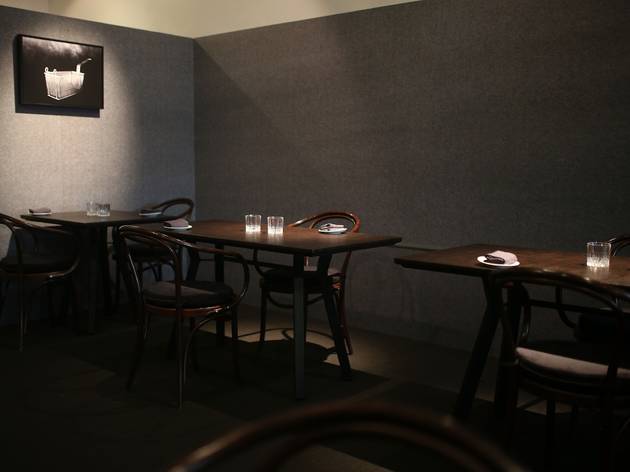 Do the words 'fine dining' strike fear into your heart? Meet Ides, a restaurant doing it differently

You probably haven’t heard of Peter Gunn but here’s a tip: remember that name. Ides represents not only the long-time Attica sous chef’s first restaurant but a Platonic ideal of modern fine dining. We reckon you’re going to be hearing a hell of a lot more about him.

But first some introductions. For the past 18 months the expat New Zealander has been running a once-a-month residency at East Melbourne’s Persillade. It went so well he’s struck out on his own, backed by with restaurant soothsayers Peter Bartholomew and David Mackintosh (they of MoVida, Pei Modern, Rosa’s Kitchen & Canteen and Lee Ho Fook fame).

Gunn and Ides have taken over the Smith Street space vacated by Lee Ho Fook, virtually unrecognisable after the wand of designer Grant Cheyne magicked it into a carpeted, elegant, dim-lit room of charcoal greys, leather-coated tables and so much sound baffling you can eavesdrop on the next table. The oldies will love it, but the essential hip factor is sewn up, too: chefs perform plating as performance art on a central bench, and a moody black-and-white portrait of a chip fryer hangs elegantly on the back wall; the soundtrack is '90s hip-hop, and sommelier Raffaele Mastrovincenzo keeps things as interesting (translation: plenty of low-intervention stuff) and plain crazy as he got at Kappo.

So you might get a fantastically original, lightly sparkling Peek-a-Boo Pet-Nat Grenache from McLaren Vale’s Jauma winery, an unfiltered beauty that stands up to the citric sweetness of Gunn’s first course, which the menu simply calls "fig marinated in honey" but naturally enough is so much more: coriander puree, a rather powerful mandarin oil, goats' curd, smoked herring roe and the fresh green of sorrel. Except for a few hazelnuts it’s all gentle textures, but powerful enough to shake the palate awake like a baby cutting its first tooth.

Next up: finely shaved discs of braised octopus and whole chickpeas with a black pepper and samphire dressing and an assertive, oily broth of chargrilled carrots that initially seems experimental then quickly turns essential. It’s love at first bite for the baby snapper fillet with the toasty pop of black onion seeds; shaved turnip lurking beneath does a good job for texture, but it’s the salsa (tomato and palm sugar) that makes the whole thing stand up and dance. Major kudos, too, to the cheese course: an orb of Tasmania’s satiny Heidi raclette melting onto a toasted piece of sensationally nutty sourdough, with batons of just-roasted rhubarb, pomegranate seeds and hibiscus vinaigrette giving a sweet counterpoint. Like all of Gunn’s cooking, it’s a very contemporary version of classic.

You probably need to know that Ides is a minimalist operation. Only 36 diners a night, only a six-course degustation, representing pretty decent value at $110 a head. You don’t get the menu until the end, and Gunn and his team of young chefs deliver food to the tables. They seem like they’re having fun. The diners seem like they’re having fun. What we’re witnessing here is the trickle-down effects of haute cuisine. Fun fine dining. File that one in Urban Dictionary.