When fine dining meets farming, the combination is formidable. But there’s still room for fun at O.My

Taking the easy road is not part of the Bertoncello family values. Blayne and Chayse, the brothers behind ambitious fine-diner O.My have overcome fire, a pandemic and a relocation in the last 12 months without skipping a beat or compromising any of their exacting standards.

Farm-to-plate is an overused term but that’s the most succinct way to describe what the brothers Bertoncello are doing at their 25-seat restaurant in Beaconsfield on Melbourne’s fringe. This is the third location of O.My, after a fire in November 2020 engulfed the old Beaconsfield post office that housed the restaurant. Disaster struck just one day after the restaurant reopened following Melbourne’s long second lockdown.

Luckily, the brothers had just purchased a corner building on the Princes Highway, intending to open a more casual pizza and pasta spot. They quickly flipped it into the subtly luxurious room you sit in today, after crowdfunding and completing the fit-out in less than a month.

Nothing has been dumbed down in the move. The team still grow the majority of the food they serve, creatively using every part of beast, vegetable or comestible. They write a new menu each day to use what’s ripe and ready. And they’re still smiling.

Sixteen kilometres away is the O.My farm that supplies 100 per cent of the fruit and vegetables that are seen on the menu, from tomatoes to melons, passionfruit, beans, herbs, brassicas and even honey. The plot has grown to one hectare since it was planted in 2013, a few months after the first iteration of the restaurant opened.

Hung on the walls of O.My 3.0 are drawings of small people hauling gigantic cabbages, cows and other produce, the tiny figures straining to carry their load. It’s a glimpse into the Bertoncello mindset: ingredients come first, and we have a duty to do our very best with what nature has provided.

The restaurant is a hushed cocoon whatever the time of day, thanks to dark walls and curtains and plenty of wood shelving, an entire wall of which greets you when you arrive, proudly displaying the kitchen’s many ferments, preserves and pickles, along with jars of dried herbs and spices. Most tables in the small dining room are oriented towards the pass, where Blayne Bertoncello stands in front of bundles of dried herbs and flowers as he puts the finishing touches on main courses or assembles one-bite snacks.

Cooking that’s as earnest as this runs the risk of feeling instructional or puritanical to the diner. Chayse and his team on the floor banish any hint of that.

You’ll hear his laugh rippling across the room at regular intervals, as he tells the story of when he first tried the wine he’s pouring. Staff offer every dish with a smile and an anecdote that, sure, alerts you to the care given to sourcing everything on the plate but without ever weighing heavy on your enjoyment. O.My can have a giggle, as the bathrooms also confirm. Beside the Aesop hand balm you’ll find cans of Impulse and Rexona Sport deodorant, hair spray, bobby pins and other jokey but thoughtful touches.

The light-hearted touch follows through to several dishes on the day of our visit. Deep-fried pickles go from greasy bar snack to a wonderfully light and crunchy bite, thanks to  sourdough culture that’s fried until crisp and encases a mouth-puckering pickled cucumber from the farm. An opening act of “sushi” is in fact four brightly coloured takes on the nigiri format where vegetables are the headline. But this isn’t awful and spartan “raw” food: one is salt-baked beetroot rice wrapped in one of its own lightly barbecued leaves, another a nashi pear kimchi topped with salt-cured watermelon that’s been frozen, thawed and sliced. Everything has layers and layers of flavour.

For all the fun, this is still fine dining, make no mistake about it. The wine matches are clever, another chance for the Bertoncellos to celebrate their community and those who are striving just as hard as them. Young Gippsland and Mornington Peninsula makers such as Arc and Vino Idda feature heavily, and the farthest afield the pairing travels is Beechworth. There’s a generous by-the-glass selection, a smart move when your restaurant is almost an hour out of the city.

More serious dishes include calamari with broadbean pesto (part of the late spring larder). The seafood is presented in thin strands and moulded with the pleasantly salty pesto and slices of adorably tiny mouse melon. A broth made from the offcuts of the calamari is the final flourish. It’s ambitious but doesn’t quite land, unlike the fish: poached elephant shark from Corner Inlet, a cream sauce perfectly balanced by preserved lemon and garlic, and a crown of fried kale on top all sing in harmony.

But it’s the most unassuming dish that’s the star. Jerusalem artichoke isn’t the most glamorous of vegetables, something the kitchen play on when they send an all-white plate out to your table. Rising out of the off-white ceramic surface is a snowy coloured mound made up of strips of pickled Jerusalem artichoke. It looks a little otherworldly, not that appetising. But you’re intrigued, and when you push past the crunch and pepper of the outer layer you get to deeply caramelised roasted ‘chokes that show the vegetable’s true potential, as well as a cream (the third variation) and a sunny splash of egg yolk. It’s a signature dish whose return the staff look forward to each year, and it’s a triumph.

The power of the vegetable is clear at O.My, a nod to those illustrations around the room. The Bertoncellos understand the responsibility to use what you can grow, to coexist with the seasons, to not waste anything.

Is this how we’ll all be eating in future? Is this how we used to eat? Whatever your opinion, O.My offers a lesson in living well but treading lightly. Thankfully it’s delivered in the most joyous of ways. 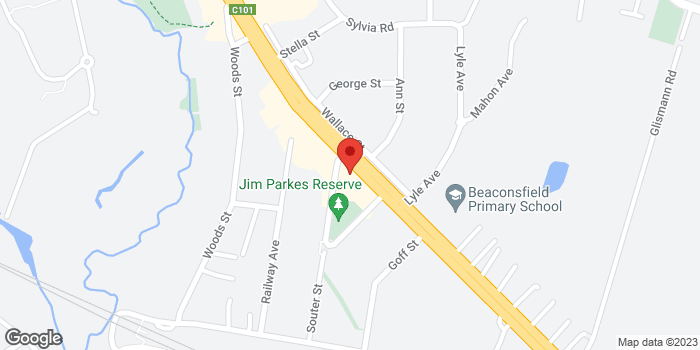