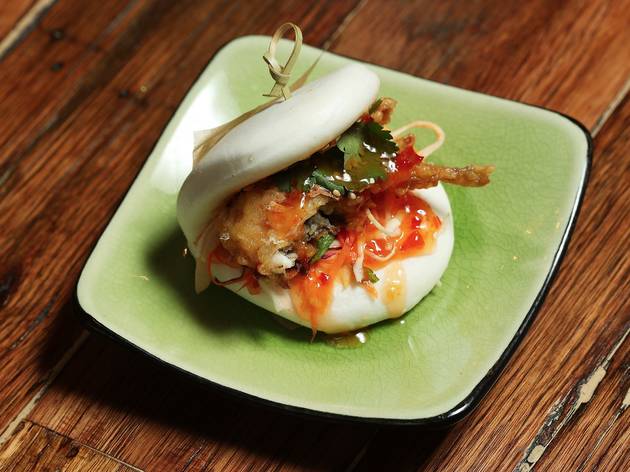 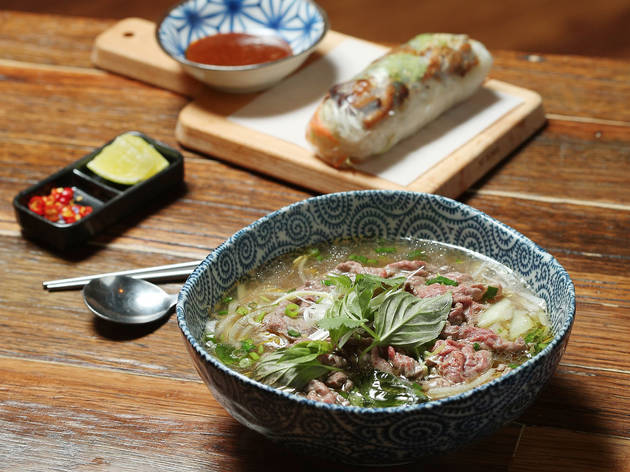 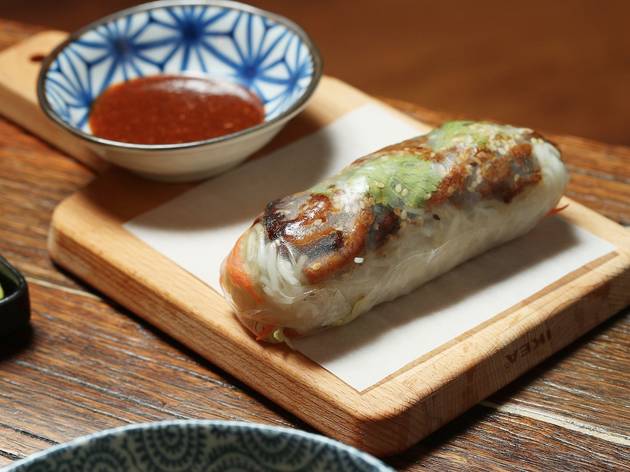 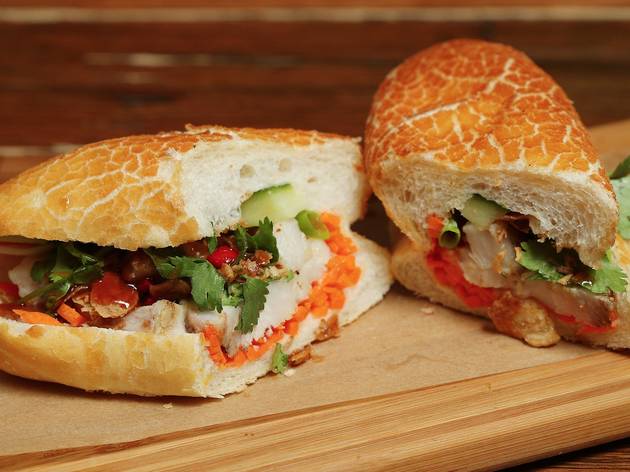 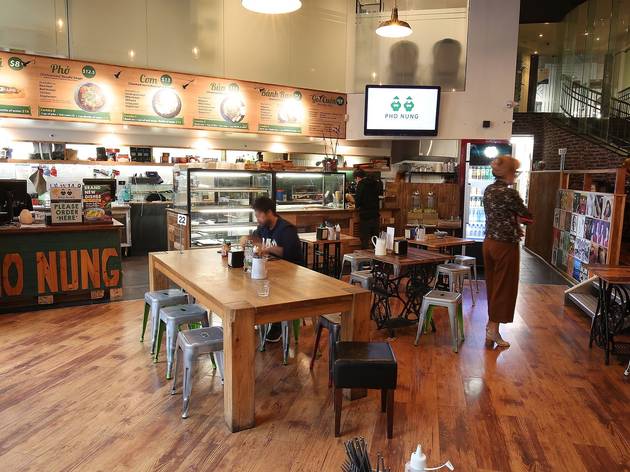 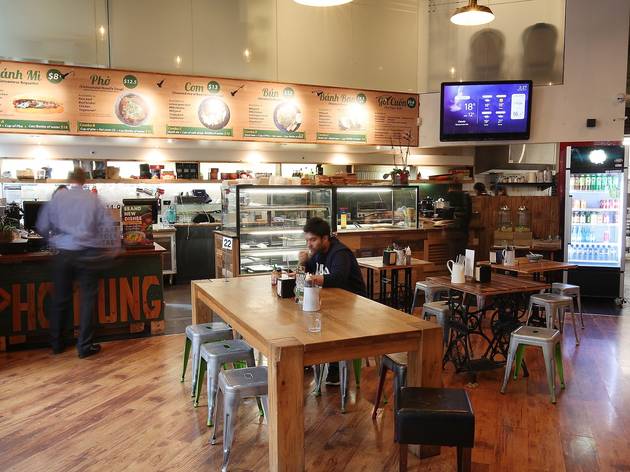 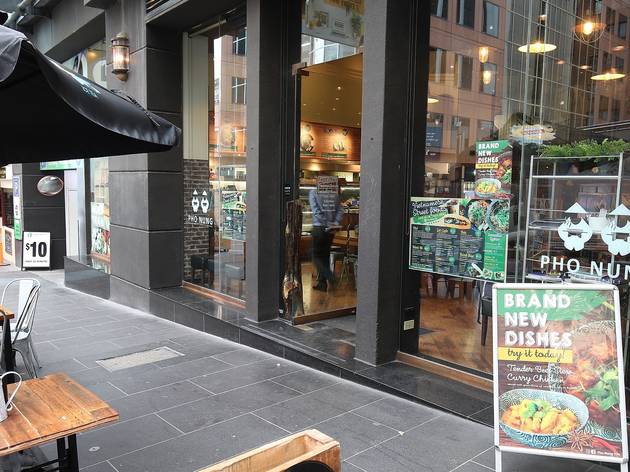 There’s no shortage of lunchtime pho options in the CBD, but Pho Nung has already attracted a loyal following of worker bees since opening late last year

It’s all happening towards the Spencer Street end of Little Collins. PappaRich, 8bit and Poked have each opened up outlets on the ground floor of 360 Little Collins Street, while queues spill out of the nearby Goz City into the street. People aren't lining up outside Pho Nung – yet – but a cacophony of chatter greets us upon entry.

With records slung up on the wall, a gold gramophone sighted on one of the spare tables and the Beatles' ‘Penny Lane’ segueing into Aretha Franklin's ‘Respect’, Pho Nung has a decidedly retro ambience. Its menu is more contemporary, however, with traditional Vietnamese stalwarts departing from the standard fare in certain instances.

It's a self-service system with orders placed at the counter and food delivered to tables soon after. Pho is not the only deal here – for between $9 and $16, you can order set lunch meals where pho comes with a drink and Vietnam's famed sandwich export, banh mi, or banh bao, a ball-shaped fluffy bun filled with either ground pork or ground chicken coupled with Chinese sausage, slivers of hard-boiled egg, onions and mushroom.

There's the option to order à la carte but prices are significantly higher – the pho comes in only one size and will set you back by $12, while the $8 banh mi is a far cry from the $5 you'd pay in Footscray, although it’s par the course for the CBD.

The banh mi is a revelation that justifies its price tag. The baguette is crunchy, with more heft than the air-filled ones we’ve tasted elsewhere, and pillowy insides. Its lemongrass barbecued pork laced with pickled carrot, cucumber and coriander packs a punch.

The banh bao is slightly disappointing, with the quintessential hard-boiled egg and ground meat combination swapped out for crisp pork and sweet chilli sauce. But the rice paper rolls round off a highly satisfying experience – fresh and generously proportioned, with a good filling-to-vermicelli-ratio, the soft shell crab and creamy avocado roll is a moreish snack.

Office workers down the southern end of the city should count themselves lucky to have yet another addition to their revitalised strip of lunchtime options. We can’t wait to see what comes next.