Serving creative food at an excellent price point, this spot in Balaclava is all the best parts of a dinner party rolled up in an intimate wine bar

Eating here feels like being a guest at a very nice, intimate dinner party. The slender space comprises a single 20-seat communal table, buttressed at the end by head chef Josep Espuga cooking on a simple domestic cooktop. This means you might have to sidle past a fridge or two on your way to your seat, or let owner Michael Byard reach over your shoulder to grab a wine from the table’s in-built cooler. You’ll definitely notice the rangehood whirring softly away throughout your meal, and diners hitting it off with their table neighbours is not an uncommon sight.

But instead of suffering through ill-fated attempts at Ottolenghi and panic-bought cab sav, here you’re getting thoughtful, creative food and wine that’s top return for your dollar. The local-heavy wine list is an entirely sub-$100 affair, yet rich in interest and enjoyment among the 30 bottles and five going by the glass. For maximum fun, shoot for Tassie winery Ghost Town’s Supernatural sparkling pinot, a chewy, lively, wild ferment that’s strawberry pie in a glass. If you prefer your wines not to bite you back, there’s gluggable Dominique Piron Beaujolais that’s as refreshing as a red gets, a quick dance of cherry juice before it’s gone from the palate.

Spanish-born Espuga, who’s spent time at two-Michelin-starred Mugaritz in Spain and New York’s Degustation, does the experimental cheffy thing you’d expect from someone with his CV, but it rarely feels like he’s forcing it. The à-la-carte and $70 seven-course tasting menu are both free-roaming expressions of his whims of the day, but even if one or two dishes don’t click, at this price point you won’t feel affronted.

Things get off to a good start with thick, steamy slices of Baker Bleu sourdough – stuff that would taste good under a cold slab Meadowlea – paired with burnt cultured butter whipped up with yoghurt. Even a bucket of this tangy, nutty gold wouldn’t last the mile, so remaining crusts go to swiping through creamy and cooling ajo blanco, the blended almond and bread soup that’s gazpacho’s lesser-known cousin. Punchy with sherry vinegar and garlic, the traditional sweet grape garnish is swapped for in-season cherries for an Australian touch. It’s a great summer starter, as is brined white asparagus and snappy spring peas bedded by oyster emulsion that’s less funky than expected.

With such a small kitchen running the show, expect this to be a leisurely meal with lots of conversation buffering the arrival of each dish (hint: go with someone you like). Roasted quail is worth the wait, evoking Korean flavours with a honey soy glaze and roasted pepper purée, though finicky fingerwork is required to wrestle pinkish meat off tiny bones. The pan-fried kingfish is a little well done, leaving an accompanying herb salad to become star of the show, a tumble of zesty, savoury parsley tossed with crushed macadamias and shaved bottarga. Dessert is an unexpected late crescendo, peach roasted to biting intensity paired with green tea granita and nutty black sesame syrup.

While the food and wine offering at Pretty Little is solid, it’s the service and sense of self that makes it a worthy addition to Melbourne’s crowded wine bar scene. Byard and his team run the place like it really is their own home, imparting personable, warm hospitality that shines with a genuine enthusiasm for everything that’s plated and poured. We can easily imagine clued-in regulars booking the whole place for a celebratory dinner party and being boisterous as they like, no washing up required. 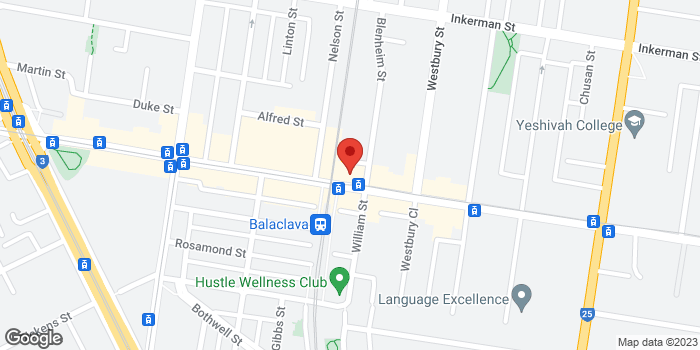