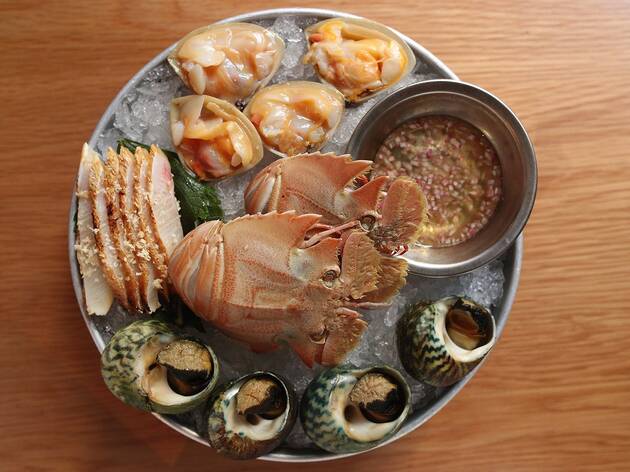 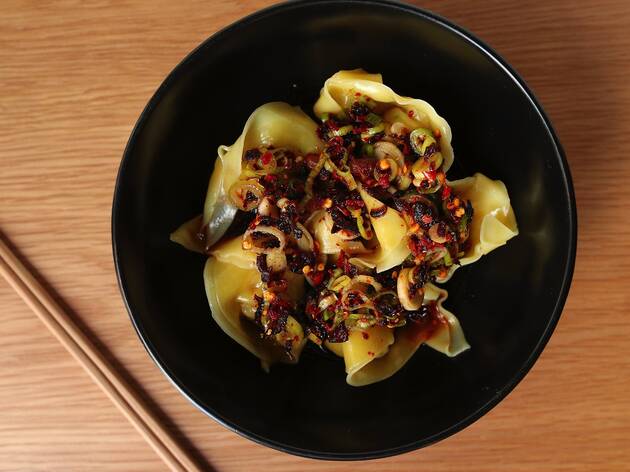 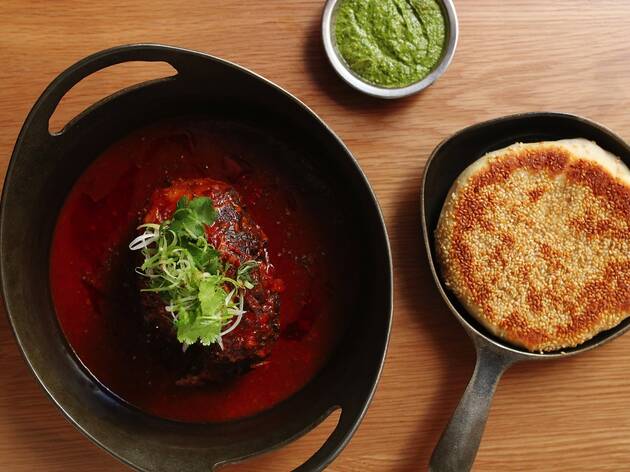 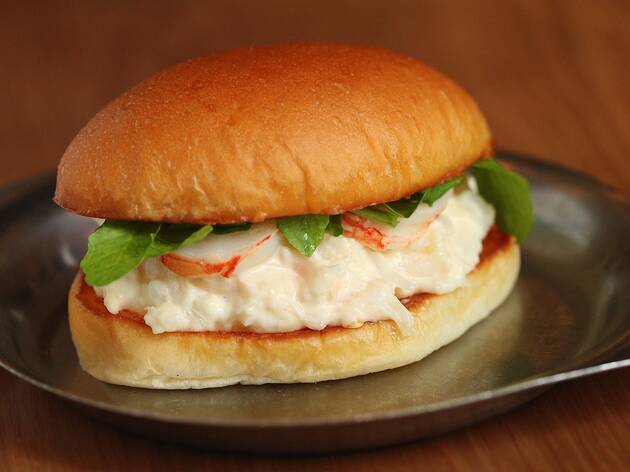 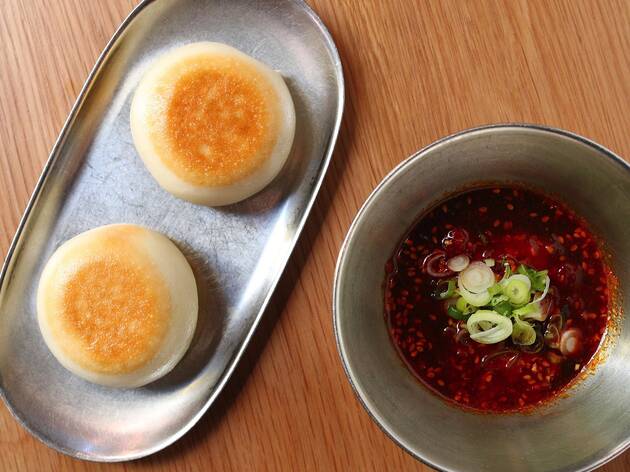 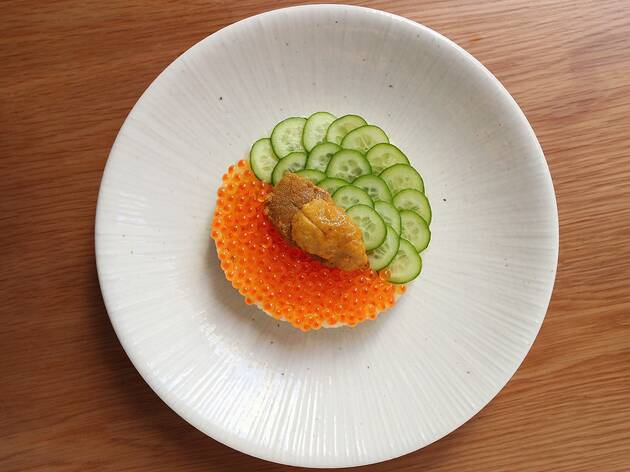 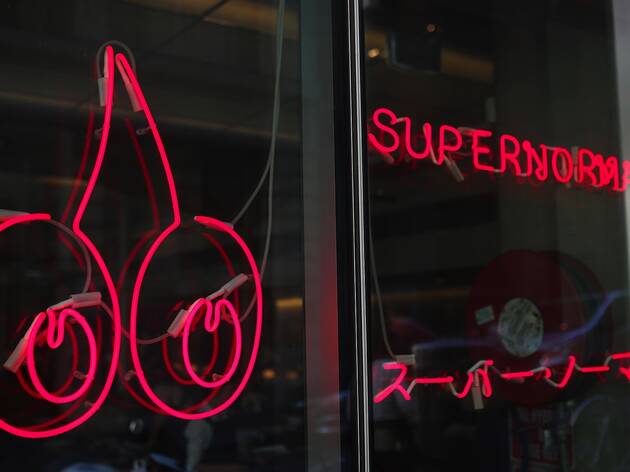 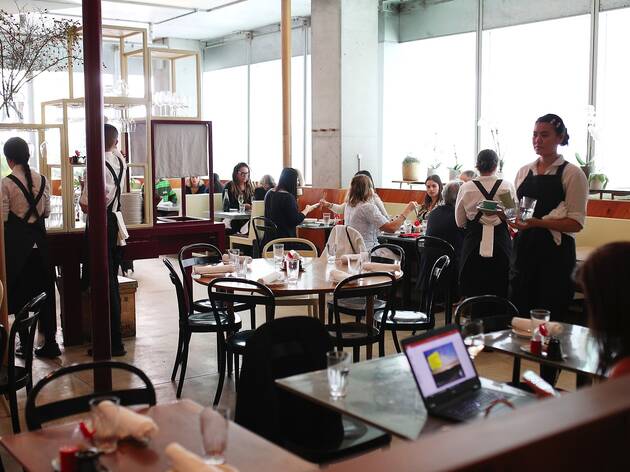 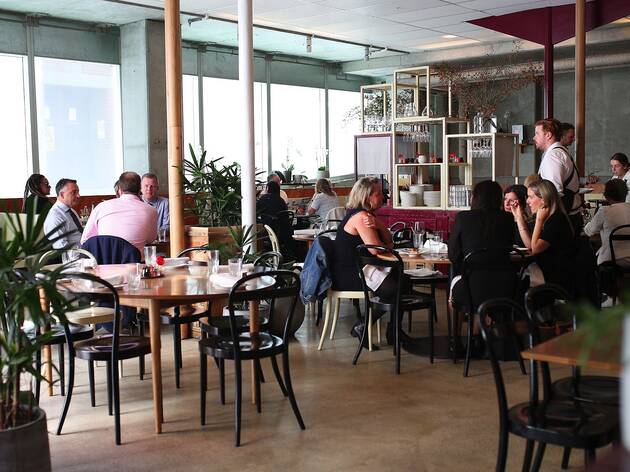 Dining on Flinders Lane requires a game-plan, because more often than not, you’ll be lining-up for a table. This is especially true for Supernormal, which is, after seven years in the game, one of those restaurants people are willing to wait hours to eat at. But is this Asian-influenced, McConnell diner still worth the queue time? Definitely.

A few things have changed since opening back in 2013. Firstly, you can book a table up until 5.30pm, then it’s first come, first served. Secondly, Supernormal is no longer just Tokyo-inspired; it now lends its flavours to some other big cities like Seoul, Hong Kong and Shanghai as well. Thirdly, you can order some of your favourite dishes like the lobster roll, chicken dumplings, Szechuan lamb or even peanut butter parfait to have take-away.

What hasn’t changed is the frenetic energy in the space; the team work like a well-oiled machine with military precision and they look happy (rather than stressed) to be taking care of hundreds of people at a time. The room is still light, sparse and warmed by the glow of pink neon, but what of that karaoke room? It’s still there for private parties.

Dishes like the New England lobster roll and the twice-cooked duck leg bao have never left the menu (and have followed McConnell from Golden Fields), but there are new items like the tonkatsu sandwich (lunch only) and the sweet, soft, double-steamed, once-fried, O’Connor braised brisket and leek buns accompanied with a sharp, black vinegar, spring onion and fermented chilli sauce. One could argue these newcomers outshine the classics.

A Szechuan-inspired pickle of piquant cucumbers and shiitake is a little sweet on the palate, like most other dishes taking influence from the region. See also, the ribbons of tender pork belly with cucumber and peanut in a ginger, garlic and chilli oil dressing whose heat and fragrance is dulled by a heavy hand on the sugar. More triumphant is the day’s selection of seafood on ice, a nod to Cutler’s (another restaurant in the McConnell stable) fruit de mer, but with an Asian twist. On this day, we received thick slices of lightly smoked kingfish belly on shiso with fresh horseradish, freshly shucked and meticulously cleaned diamond clams, periwinkles and raw honey bugs with a side of bonito vinegar in place of a classic mignonette. Clever stuff.

Treat yourself to their seasoned, koshihikari rice mixed with cubes of honeydew under a generous, salty blanket of smoked, Yarra Valley salmon caviar, thin coins of cucumber and a tongue of creamy sea urchin, which is a decadent, textural delight.

We've seen restaurants that lay claim to gathering inspiration from so many different cities end up serving a confused product, but not Supernormal; what they’re delivering is confidence. Supernormal have outgrown their Japanese-diner pigeonhole and relaxed into a multicultural food-city identity which is more a reflection of Melbourne and how it likes to eat. And clearly, it likes to eat at Supernormal, so get in line.