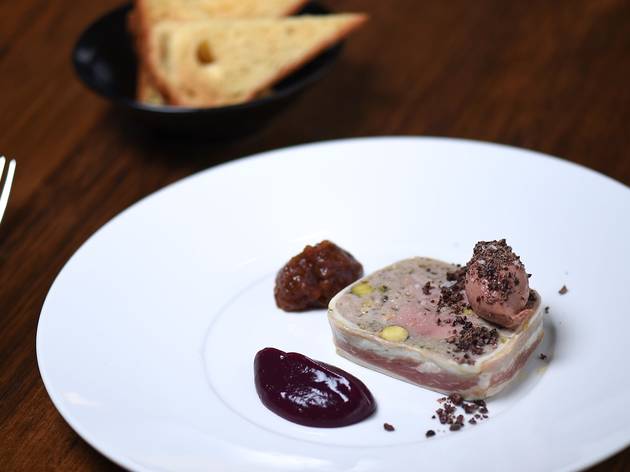 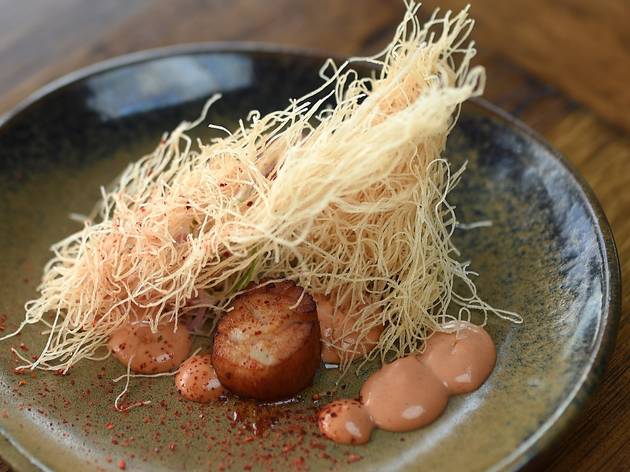 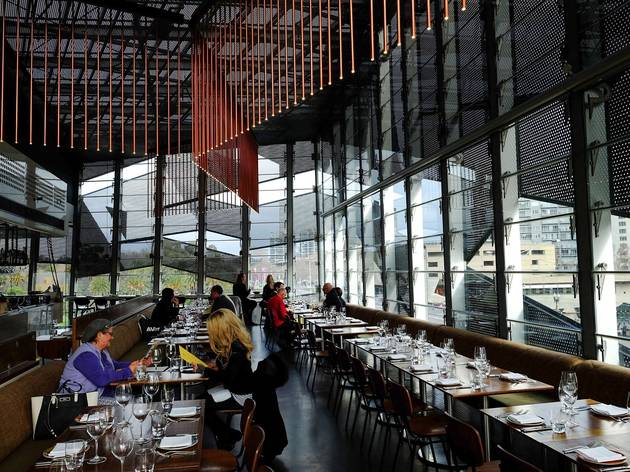 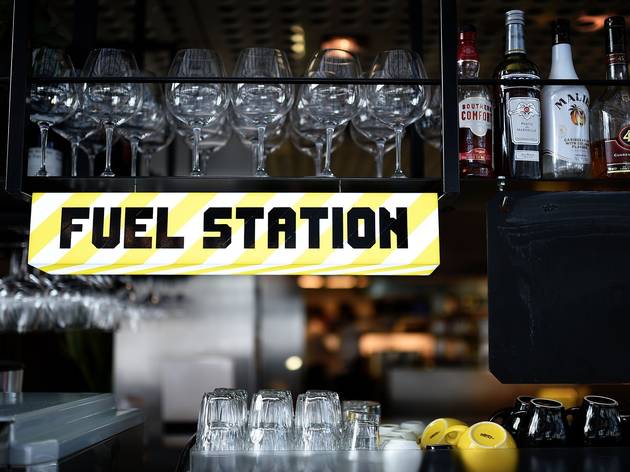 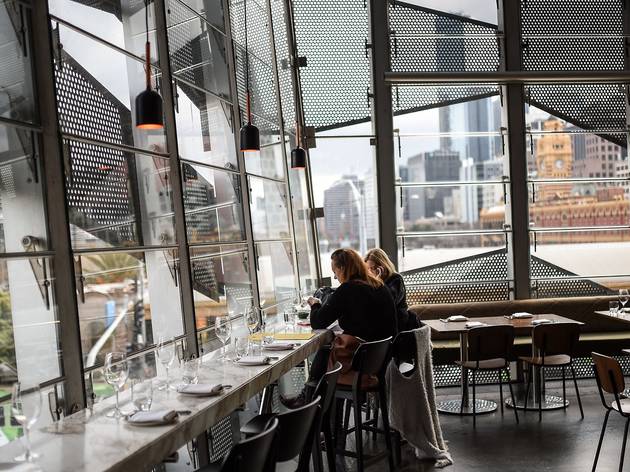 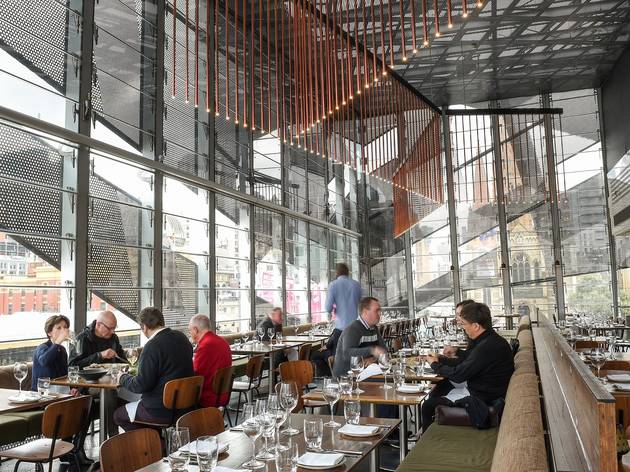 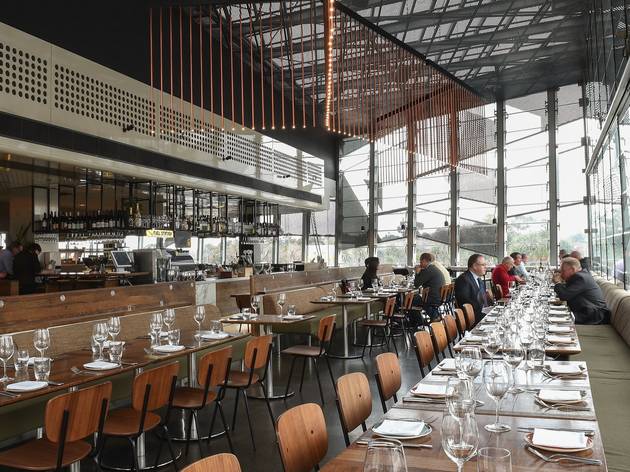 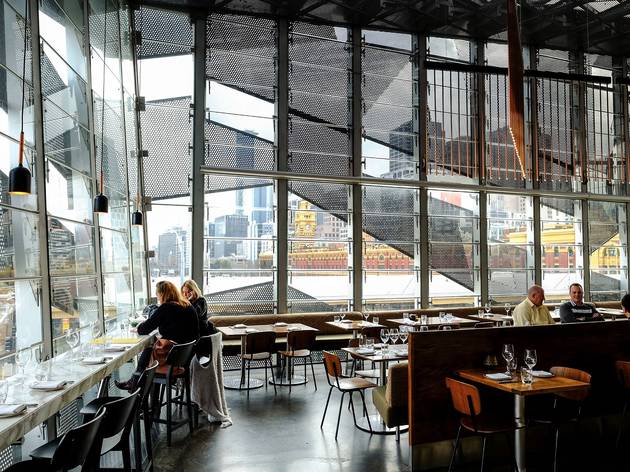 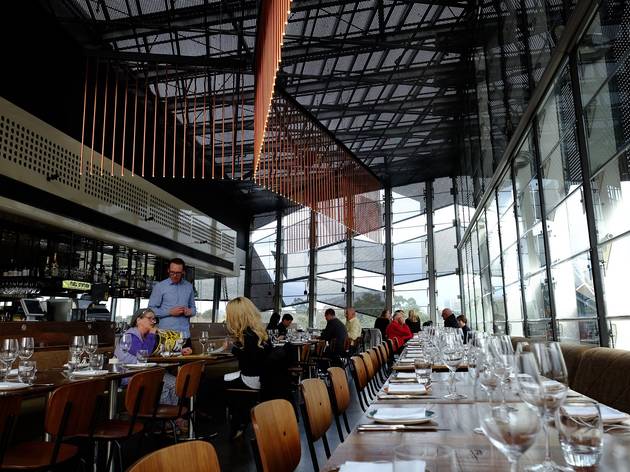 Melbourne’s favourite Sputnik light fitting is gone, but there are still plenty of good reasons to head up the stairs to Taxi Kitchen

Eleven years. That’s how long ago Paul Mathis opened Taxi, the glamourpuss restaurant at Transport Hotel, the social hub of Fed Square. In dog years that makes it around 100, so there’s little wonder the owners – now a corporate entity – took a step back last year to reassess where they’re going.

And thus Taxi Kitchen was born. It doesn’t look dramatically different, although that crazy Sputnik is sadly gone, replaced by some copper pipes with light buds suspended in from the ceiling. No need to mess too much with the best dining room views in Melbourne. The glowing Arts Centre spire; the dark slash of the Yarra river; the endless stream of commuters being fined by Myki inspectors over at Flinders Street Station. It’s what passes for dinner and a show in these parts.

Executive chef Tony Twitchett worked for years under Michael Lambie, the chef who took Taxi Dining Room to its highest heights, and it makes a lot of sense that he’s guiding the good ship Taxi in its latest incarnation. Gone is the high-end restaurant with one foot in Japan. It’s not too difficult to discern that Twitchett’s more into the high-octane flavours of south-east Asia, its roiling mix of sweet, salt, sour and bitter. He’ll even head into territory that might be called fusion (Balmain bug ravioli with tomato and chilli sambal, anyone?). Anyway, the short message is that it’s more approachable without being dumbed down.

Scallops and chilli mayo on the shell in a birds’ nest of kaitifi pastry can be ordered in the singular but you’ll probably want two or three. Double down with tempura prawn tails wrapped san choi bao-style in iceberg lettuce with the toasty intrusion of nori (little matchsticks, and a sprinkling of nori salt) and citrus tang of yuzu mayo. Oysters are licked with sesame oil, blasted with direct heat then given a light-as-air salt and vinegar puff as an edible life raft. They’re great.

The new Taxi is a place you can get a farmhouse terrine and foie gras parfait, or crisp-skinned snapper with XO clams. It’s somewhere you can choose between eye fillet and creamed potato or exercise the molars on some perfectly caramelised, toffee-sticky pork lifted by the sweet, citrus-led dressing on a shaved coconut and herb salad. For our money’s worth the Euro stuff works just fine but the Asian is where the fireworks lurk.

Spatchcock braised in a masterstock of ginger and white soy with a dipping sauce of lemonade fruit and white pepper? Now that’s what we call finger food. And although the Szechuan roast duck with Vietnamese mint salad is still on the menu – it’s a Taxi classic - the updated version comes in the form of some incredible duck dumplings, the sweet filling given a Szechaun flutter rather than the full assault. The balance – something that has eluded the Taxi kitchen from time to time – is bang-on, and if desserts (white chocolate cream, yoghurt sorbet and mandarin foam) have been trained not to go too heavy, then all the better. Taxi Kitchen might be standing on the shoulders of giants but it’s got some pretty cool moves of its own.