A View from the Bridge review 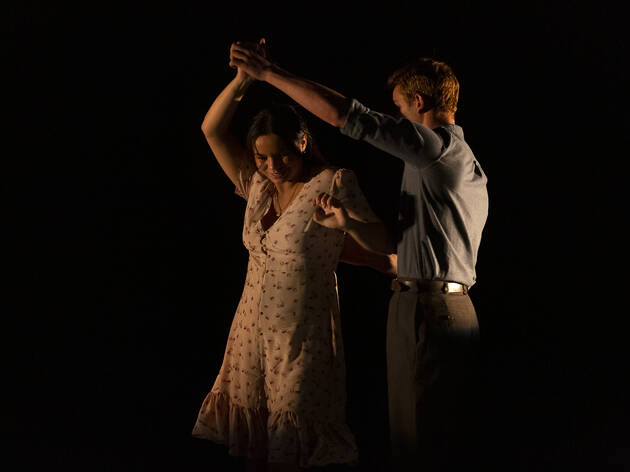 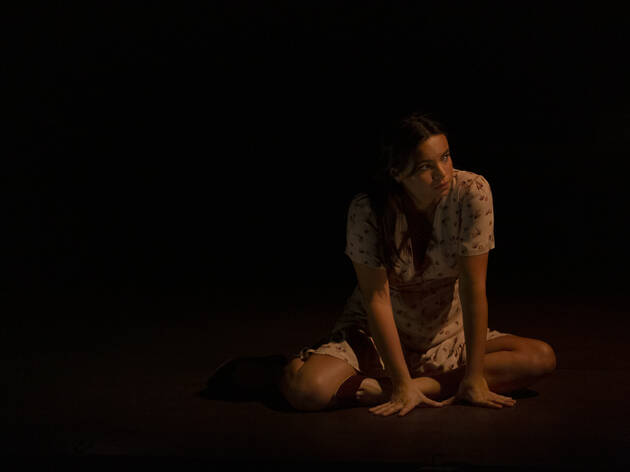 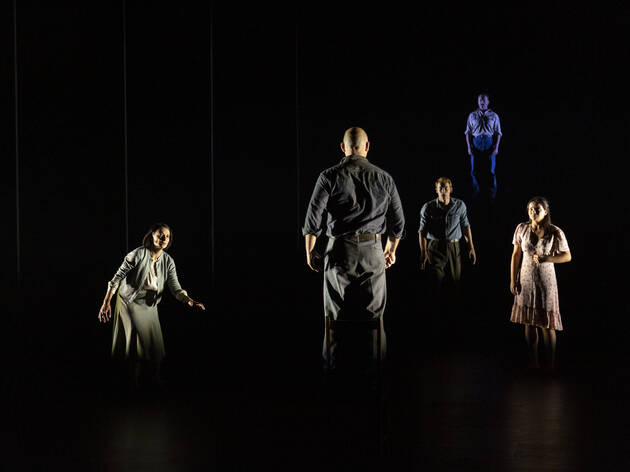 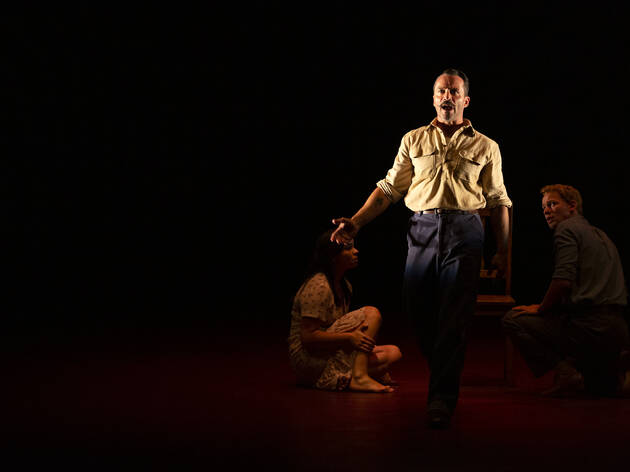 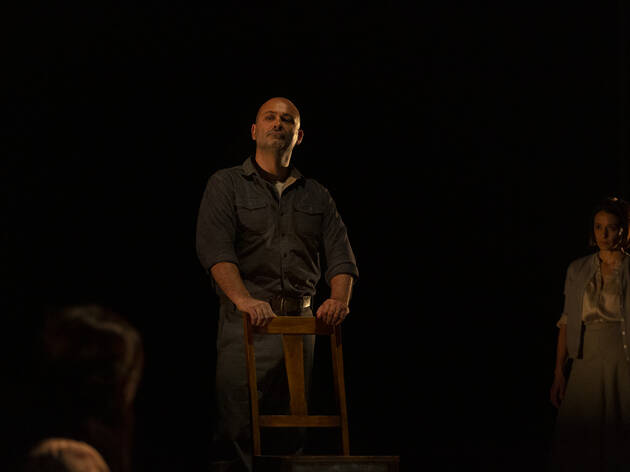 The great plays, the ones that audiences need to see every so often, are great because they’re partly unknowable; no matter how often they are revisited, they always seem to reveal a little more of themselves than they did last time. They also keep something in reserve. Arthur Miller’s last great play is arguably A View from the Bridge, his Greek tragedy set amongst the longshoremen of Red Hook, under the shadow of the Brooklyn Bridge. It’s a play of extreme specificity – dealing with a precise cultural milieu under direct historical pressures – but it’s scary how resonant and universal it plays in performance.

Melbourne Theatre Company have tackled the play before, back in 1992 in a powerfully naturalistic production that starred the late great Frank Gallacher. This new production is directed by Iain Sinclair, and has an equally galvanising performance by Steve Bastoni in the lead, but it is an entirely different beast; stripped of all its specificity, with a virtually non-existent black-box set and a single chair as its only prop, it looks positively radical on the expansive Sumner Theatre stage. It takes a good 20 minutes for the audience to realise there will be no set; nothing but actors entering from stage right or left, to break or alleviate our tension. Thankfully, by this stage the play has us in its vice-like grip and we realise we don’t need anything else.

Eddie Carbone (Bastoni) is a longshoreman, a family man who agrees to harbour his wife Beatrice’s (Daniela Farinacci) cousins Marco (Damien Walshe-Howling) and Rodolpho (Andrew Coshan) as illegal immigrants from their native Sicily, at least until they land on their feet in the promised land. The only problem is that Eddie and B have an orphaned niece they’ve raised, and Eddie isn’t too keen on the burgeoning relationship that develops between his beloved Katherine (Zoe Terakes) and the handsome Rodolpho. For a while, this looks like an over-protective father sheltering his surrogate daughter, until it looks like something deeper, and more sinister.

Miller walks a daring line with the relationship between Eddie and Katherine, and Sinclair does a magnificent job in teasing out the ambivalences and the fissures, the equivocations and the unspoken flirtations that define this pair. Even more provocative is his emphasis on the homoeroticism that lies buried just under the surface of the play, the idea that in this society the transgression of incest is more acceptable than the transgression of homosexuality. Bastoni’s performance is both a powerhouse and an exquisitely nuanced question mark, a simmer of potentialities, and the best thing he’s ever done.

But then, everyone is brilliant. Farinacci is steely and watchful as the increasingly desperate B; Coshan is bright and impassioned as the charming but pinched Rodolpho; Terakes is superb as the tomboyish Katherine, her openness and warmth slowly and tragically shrinking under the intensity of the male gaze. It’s a complete realisation of the promise she showed in last year’s A Doll’s House, Part 2.

When a production is as naked as this, certain aspects need to be perfect. One is the blocking, which is so dynamic and yet so precise and considered, that it could stand as textbook. Early in the play, Katherine leaps into her uncle’s arms, her legs wrapped around him in childish abandon. Later, she repeats the gesture exactly with Rodolpho, but the intent has changed, is now knowing and sexual. In another extraordinary scene, characters are situated in a square around Eddie, who stands in the centre and drums his fingers against that single chair with barely contained menace. It’s a use of the actors’ bodies that deepens our understanding of character, that increases tension.

Another aspect that deserves mentioning is the lighting, designed by Niklas Pajanti. It seems to isolate individuals in a kind of bas relief, golden and immortal, but then shifts into a cold blue whenever Miller’s deliberate notes of doom are sounded. Later, that blue light seeps up the actors’ bodies, as if Eddie has unwittingly led them all into the bay to drown. Kelly Ryall’s sound design is subtle and abstracted; a record spinning on the turntable repeats long after the song is over. It’s all quite calculated, but terrifically effective.

Miller was drawing heavily on Greek tragedy with this play, even if he occasionally borrows from the Elizabethan stage. Eddie Carbone is both Elizabethan in the sense that his single flaw is the agent of his own destruction, and Greek in the sense that his fate is sealed from a momentum that comes from the gods. The play’s structure and trajectory – not to mention its ritualistic, almost pyrrhic mood – are used to create the impression of a boulder speeding down a hill. Sinclair’s rather startling production removes all distraction, and the roar of that boulder is all the more fearsome for it. It’s one of the most daring things MTC has given us in years.