The world's biggest musical is opening at Her Majesty’s Theatre, and for once you can believe the hype

Is Hamilton, the smash-hit American history musical that won a whopping 11 Tony Awards and a Pulitzer Prize when it debuted on Broadway in 2015 and won the hearts of critics and audiences the world over, as good as everyone says?

In a word, yes. If you want to stop reading here and just book your tickets, we’ll understand.

There is a reason it is the most hyped show on Earth, and its writer and first star, Lin-Manuel Miranda, is now a household name. Some 3 million people watched the musical when it appeared on Disney+ in July 2020, and almost 8 million more have seen it live, in cities across the US, in London’s West End and in Sydney. Now it’s Melbourne's turn, with the show taking over Her Majesty's Theatre.

With the soundtrack available on Spotify and the original Broadway cast version available to anyone with a Disney+ account on demand, Hamilton is competing not so much with other musicals for your dollars and attention (there are no other shows of this type that can match the show’s tactical brilliance), but with itself. Most in the audience are at least familiar with the show by this point, and quite a few are able to mouth along to every word behind their masks. If you can see the original Broadway version any time you want and listen to the soundtrack 24 hours a day, what power does the staged version still hold?

In a word, magic. The entire cast is extraordinary, with every one of Andy Blankenbuehler's dance moves sharp as a tack and the constantly shifting stage a whirlwind of activity. Seeing it all click together like a precision-built Swiss watch is intoxicating. There are genuine thrills from the first notes to the final bows, and there is an enormous amount of nuance that doesn't come through in the soundtrack alone, as brilliant as it is.

Jason Arrow is electrifying in the titular role, with a thousand-watt movie star smile and a cheeky self-confidence that makes the ‘polymath, pain in the ass, massive pain’ softer and far more charming than Miranda’s acerbic turn in the role. He’s perfect as the firebrand revolutionary full of ideals and ambition, and you can’t help but be in his corner. But Hamilton really is a two-hander, with Hamilton’s best frenemy Aaron Burr at least as large a presence as Alexander. Lyndon Watts is magnetic in the role, pulling focus in every scene he’s in. He has the perfect mixture of jealousy, desperation and reckless self-aggrandisement to put real pathos into tragedy. There’s gorgeous beauty in key song ‘Dear Theodosia’ that is moving and raw, and his soaring 'Wait For It' is heart-wrenching.

Melbourne had fought to secure Hamilton's first Australian run but lost that battle due to our repeated lockdowns. That turns out to be in Melbourne's favour, however, as the show grew and matured during its Sydney run and is now even more nuanced and tight. Performances are more clever – and much funnier – than they were in March 2021. Arrow in particular mugs and swaggers with a confidence and joie de vivre that befits his character's playboy arrogance.

It was perhaps fitting, in this age of swings and understudies holding up the world, that principal Chloé Zuel was missing on opening night in the role of Eliza Schuyler, Hamilton's wife. Zuel was absolutely extraordinary in her performance in Sydney, but the role was filled by understudy Tigist Strode on opening night here. Eliza is the lynchpin of the show and its moral centre, and she has not only the most powerful song but also the literal last word (and famous last gasp). If Strode was nervous to fill into such important buckle shoes she didn't show it, stretching the silence in 'Burn' and radiating a rage that was felt all the way in the back of Her Majesty's.

The opening night crowd clearly knew the show well, with beloved characters like George Washington (Matu Ngaropo), Thomas Jefferson (Victory Ndukwe, also playing Lafayette), King George III (Brent Hill) and Hercules Mulligan (played with a joyful exuberance by Shaka Cook) and Eliza and sisters Angelica (Akina Edmonds) and Peggy (Elandrah Eramiha) all drawing raucous applause. In fact, when Arrow introduced himself as Hamilton, the entire show paused to allow the audience to settle and the cheers to die down. But that doesn’t mean you have to know every word to the Marquis de Lafayette’s insanely fast ‘Guns and Ships’ rap to enjoy the show.

Watching a cast as perfect as this one performing a show as brilliant as Hamilton is the apotheosis of theatregoing. First-timers will probably miss some of the words and context, as many of the songs are fast and furious, with complex internal rhyme schemes and clever nods to musical genres from everything from Gilbert and Sullivan to contemporary R’n’B.

That doesn’t mean the show is impenetrable, though, quite the opposite – masterful staging and brilliant lyrics make it easy to follow the story of the doomed Alexander from ambitious 19-year-old revolutionary to that fateful duel at age 49. That’s not a spoiler, by the way. The show was written for an American audience, every one of whom would know at least three facts about Alexander Hamilton before the curtain rises: 1. He’s on the ten-dollar bill; 2. He came up with the concept of federalism; and 3. He died in a duel with Aaron Burr. Indeed, Burr opens the show by introducing himself as “the damn fool that shot him”. Knowing Hamilton’s fate from the opening lines infuses every scene with Burr with poignant dramatic irony.

Without the knowledge that Americans have walking into the room, does Hamilton resonate with a 2022 Australian audience? Yes and no. Americans have a mythologised notion of the country’s foundation that is completely alien to Australia. That puts Australian audiences at a slight disadvantage off the bat, but the performances are so solid, the music so catchy and the lyrics so clever that even if you know nothing about the show or its historical context, you’ll be absolutely blown away. The more familiar with it you are, though, the more you’ll get out of it. So you’re just going to have to go again.

Want more? Read our interviews with the actors who play Aaron Burr and Jefferson, and with the Schuyler sisters. 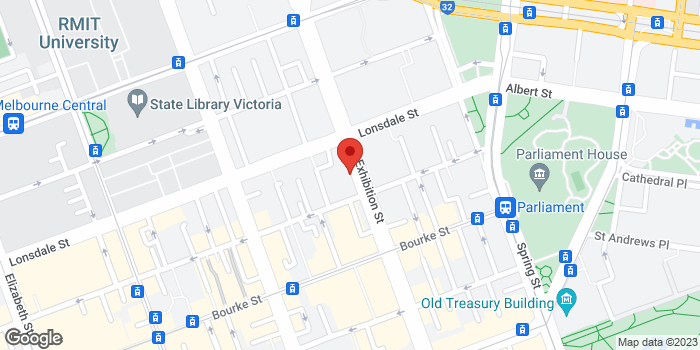