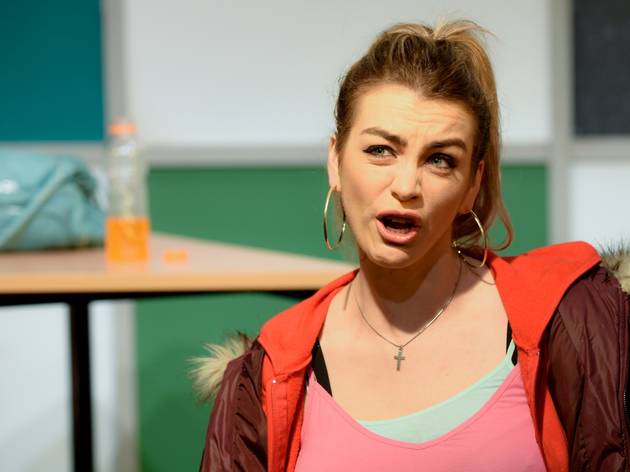 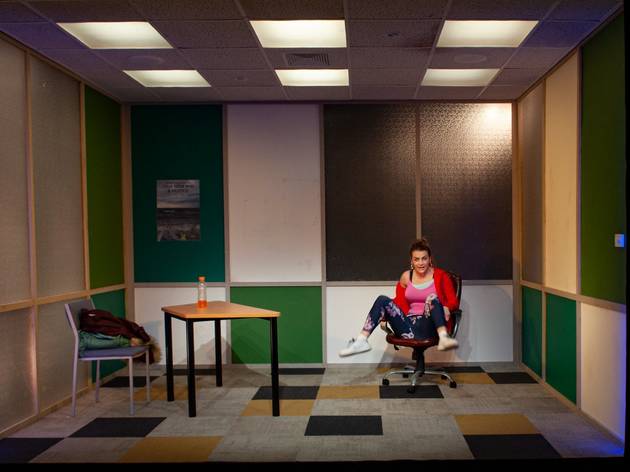 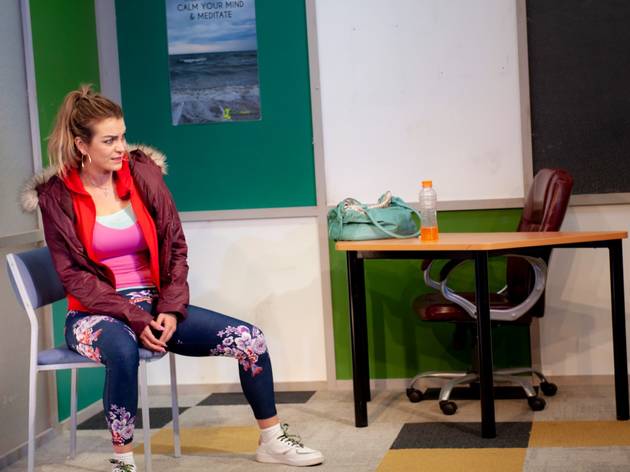 This has been a year in which the Greek chorus of Australian women who have had more than a gutful of men behaving disgracefully have sung out loud and furious. Champions rallying a cry demanding decency, safety and security. But for all their united might on show, men with dark clouds hung low over them rise, again and again. It's hard not to feel like we're in the midst of an epic tragedy.

This storm is parted by the hurricane-like force of Iphigenia in Splott, a mighty work of Sturm und Drang that blows up the tiny shed-like space that is East St Kilda’s Red Stitch Actors’ Theatre. If you know your ancient mythology, Iphigenia was a woman very hard done by indeed by a despicable man: her father, Agamemnon. He's determined to raze Troy for the perceived slight that is Helen's flight for love, but is thwarted when his fleet falters in the harbour, all because he slaughtered the goddess Artemis' favourite stag. When she demands a human sacrifice to unfurl the winds he needs to wage war, Iphigenia is the price. He cruelly fools her with the false promise of a fake marriage, only to betray and murder her.

The magnificent Jessica Clarke (Rules for Living) bellows broken-hearted with rage as Effie, our Iphigenia stand-in, in this remarkable one-woman play penned by Welsh playwright Gary Owen. As if the very Kraken of ancient mythology unleashed, she forcefully inhabits the soul of an unemployed woman set adrift in a crumbling working-class suburb of Cardiff that's under siege by the invading forces of gentrification. She blasts away the pain with the sour oblivion of a never-ending cycle of benders and hangovers, repeated ad nauseam. Like the doomed prophet of Troy, Cassandra, Effie knows the shape of her downfall, and she's just biding her time.

Effie sees, too, our judgemental glances on the street. The way our necks snap to pretend we do not witness her self-destruction. But she won't let us slip away. Her sharp-tongued poetry, a whirlwind of righteous anger and dispirited resignment, lances our studious indifference. If we aren't Agamemnon, then we are Artemis: the force on high that looks down and does not care enough, or at all, about those sacrificed on the altar of unchained capitalism.

Wisely, director Gary Abrahams (Angels in America) is keenly aware he must not break this spell. We must not look beyond her. And so wherever Effie wanders – whether that be into a club (while smuggling a half-bottle of vodka) or into her shared apartment – we move not. A brilliantly realised set, by Jacob Battista and Sophie Woodward, holds us captive in an almost entirely featureless social welfare office, replete with mouldy ceiling tiles and thankless 'carpet'. It's as if we're stuck by the banks of the River Styx. There's no escape, neither to the heaven of Elysium high above nor  to the hell of Hades down below. This empty space is all we have, and pretty soon, the walls are closing in.

Rachel Burke's simple lighting design can momentarily cast open this chamber, throwing Effie's fury out to our attendant observers, but we always snap back. The same flickering light can extinguish her hopes and dreams too.

And there is hope. It's opened, at first, by another wounded soul, a returned soldier from the theatre of endless, pointless war in Afghanistan. A man in whose physical scars Effie can see the trace of an alternate future. One that is not so crushingly alone, even if it is still here, in this forgotten place.

Where that takes us may be slightly too tidy, in the end even as it refuses to play out as expected. But it's a minor quibble when an actor as gifted as Clarke drags us, kicking at first, and then willingly into surrender. This is an astounding performance well championed by Abrahams. One that would surely please the cruel and unusual Greek pantheon on Mount Olympus, if only they'd deign to care. As for us mere mortals, it's an unmissable moment of Melbourne theatre and a reminder that in this, of all years, we must listen to ( and learn from) women, even when to do so is painful.