The Picture of Dorian Gray

Often artistic works that attempt to draw a parallel between classic novels and modern pop culture tend to be overly wrought or uninteresting in their execution. The metaphor is sometimes so laborious that it comes off contrived, underestimating the intelligence of the audience. But Sydney Theatre Company’s critically acclaimed adaptation of Oscar Wilde’s The Picture of Dorian Gray does the opposite; it demands more from us, asks us to keep up, and, to put it frankly, blows our tiny minds.

That Eryn Jean Norvill is incredible is almost a given at this point – I wouldn’t be the first to note that her mesmerising and exhilarating performance was probably the catalyst for its pending journey to Broadway. As a writer, I often note that those who fancy writing as an easy task haven’t read a great novel; it is also true that those who fancy themselves an actor probably haven’t seen Norvill in this. To see her at the height of her powers, enthralling and clearly thriving on the overwhelming task of bringing to life 26 fully formed characters in quick succession, is to understand that truly great acting is a delicate and difficult craft.

Sydney Theatre Company artistic director Kip Williams’ use of multiple live cameras and smartphones – including live-on-stage picture manipulation – is not only clever, but it pushes the boundaries of anything you ever expected of a theatre/technology crossover. This artistic innovation is only made better by the perfect combination of composer and sound designer Clemence Williams’ frenetic energy, David Bergman’s groundbreaking video design, and Nick Schlieper’s (at times blindingly stark, and at times hauntingly moody) lighting.

Special acknowledgement must also be paid to scenic and costume designer Marg Horwell. Costume changes are often beautifully acknowledged as a humorous counterpoint to the dark material, and, paired with clever video technology, allow Norvill to transform in front of our eyes. Or not – as her gaggle of characters occasionally snatch back autonomy from the actress. It’s like the characters take over for a moment, as if to commandeer Norvill’s agency in the whole thing.

However humorous his writing may be, Wilde’s classic is nothing if not a horror book. Sure, it falls under the broad spectrum of gothic fiction, but to connect with the source material on any real, visceral level is to be scared out of your wits about the idea of your worst transgressions being so visually manifested upon canvas for you to gaze upon, day after day, reliving each sordid moment in eternity. Williams and Norvill understand this on a superbly deep level and deliver that horror with such disturbing exuberance that Norvill’s Dorian Gray is rendered gleefully manic, a tormented devil, who, in the end, stole his own soul – unlike the Faust tale it's based upon.

In our Sydney review, we pointed out that there was a subtle glossing over of Wilde’s trademark commentary on the taboo of queer desire. In its place, rightly or wrongly, is instead a nod to the female experience of the objectifying gaze; a lifelong internal struggle between acquiescing to the societal demands thrust onto women and rejecting them outwardly and impolitely.

Originally, Wilde’s novel rotates that focus onto the queer male gaze, subverting the traditional narrative about the patriarchal expectations of women, and highlights the often heteronormative discourse around physical appearance in modern culture. But the choice of a woman to play Wilde’s Dorian – and his corruptor, Lord Henry – is a fully intended one; a choice that draws parallels between Dorian’s self-obsession and the Kylie Jenner generation so obsessed with projecting a veneer of perfection that one wonders whether it often hides the rotting core of Wilde’s protagonist.

Even the recentering of Dorian’s love interest Sibyl Vane as perhaps a more important character than in the original text (she does, after all, have almost all the funny bits in the otherwise heavy production) is to acknowledge that Vane is more than just a literary tool to evoke Dorian’s descent into madness.

Vane – a quip on the word vain, and Narcissus’ original tale of vanity – is an actress who, prophetically, stars in questionable renditions of Shakespear’s most famous tragic heroines. Dorian is seduced by her talent, but when this young woman, freed from her binds by love, finally discovers her own agency, she is punished, destined to repeat the tragedies of the characters she plays.

Similarly, Williams takes Wilde’s nod to the Greek myth – that it is vanity, or Vane, that leads to Dorian’s eventual death – and hinges his entire play, staging, pacing, and video production upon that moment. It is at this point that we accelerate, sometimes at a maddening and overwhelming pace, and it is here that Norvill’s breathtaking ability is truly on show. There’s something poignant in this. Norvill’s humorous and lighthearted Sibyl is the catalyst for Norvill’s perfectly played, unhinged Dorian’s descent into madness; that a woman plays both; that a single woman represents Williams’ metaphor of our prevailing obsession with beauty.

If Wilde’s work was to have one overarching theme, it would be subverting gender norms; sometimes to the delight of the women who love him, and sometimes to the chagrin of the feminists who struggle to see beyond his witty veneer. After all, Wilde loves nothing more than a silly woman – often rendering them as humorous counterpoints to the men he allows to deliver his more serious ruminations. But in the simple casting of Norvill as all sexes, Dorian Gray is none.

That’s the brilliance of this rendition: it deeply understands the novel’s modern parallels to pop culture, and allows the audience to divorce the text from the historically male depictions of immoral, yet powerful, vanity. But it never labours over the point – it simply doesn’t have time. The overwhelming, and sometimes frightening, forward momentum of this incredible production asks the audience to simply absorb the vast depth of its material at a frenetic pace, and ruminate on all the lightbulb moments later.

This is no simple one-woman show. This is a feat of technical acting brilliance, met with insanely accurate choreography, cutting-edge live film technology, and pure imagination. That it also brings to life all of Wilde’s characters with the perfect dash of wit and humour, yet leaves you pummelled to the core with its cutting commentary on 21st century culture? Well, that’s just magic. 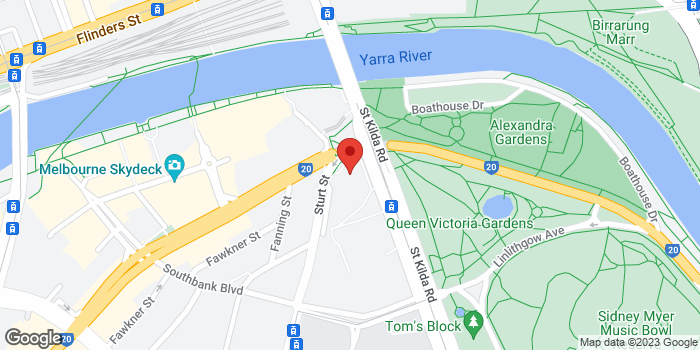