Escape rooms are fast becoming one of Melbourne's favourite way to have fun, but it was not always thus. Psychologist Owen Spear and Ali Cheetham brought the concept to Melbourne after falling in love with escape rooms during a trip to Budapest. Their first Melbourne venue was at the bottom of Owen's mother's garden, and the South Melbourne incarnation features new fiendishly created rooms.

The original Escape Room has launched a very 2020 room, called, appropriately, Isolation. The room is entirely virtual, but that does not mean it's a videogame. The experience takes place entirely over Zoom, and as we log on, we have no idea what to expect.

After a video introduction, we realise there's someone else on the call, and that someone is not doing very well. The man with us is Dr Logan Kaye, an astrophysicist stranded in a remote research station across the globe, and he really needs our help. He's suffering from amnesia, and we soon discover that if we don't recover his memories quickly, he's not going to ever leave the station.

The physical escape room is in Logan's room, and solving it means getting him to find clues, try combinations, match numbers and complete other tasks that escape room participants usually do themselves. That means there's absolutely no way to cheat (more on that below, in our review of Escape Room's physical South Melbourne outpost), and Logan himself is both puzzle and guide, making gentle suggestions to lead us to the right track but also gamely trying countless variations until we hit upon the right one.

He's not the only interactive element of the game, with the Zoom chat function used to send us numerous password-protected clues, which each include a bit more information about the overall storyline. There are numerous visual puzzles for us to solve, and we sometimes have the ability to move pieces of papers around, flip things over and otherwise manipulate clues online. Each breakthrough helps Logan get a bit closer to his missing memories – and us a bit closer to the answer.

Designers Kathryn Kaehler and Matt Carson took almost three months to build the world of Isolation, and it is wholly appropriate for the surreal world we all now inhabit. Spending two hours collaborating with friends or coworkers on Zoom is now perfectly ordinary, and after months of virtual shows, meetings, drinks, films and parties, a virtual escape room seems normal, too. The room's storyline mirrors much of the world's experience during 2020, and the sense of being alone, of needing help, of relying on strangers on the internet, is something with which we can all relate. The format of the room also means people from all over the world can play together, which was not something we considered possible at the start of 2020. Maybe we're not so isolated after all.

Outcome: Success. Things looked dicey for a little while, but we made it through
Atmosphere: Hard to say? As atmospheric as your laptop can be?
Creativity of puzzles: 4/5
Difficulty: 3/5
Fun: 5/5
Best quote: “Can you please double-check? If my maths are wrong, this guy dies.”
Our tip: If you get stuck, you can ask Logan to describe his surroundings and tell you what he remembers. He might know more than he's saying.

If you'd rather an IRL escape experience, the South Melbourne venue has three different rooms to try, and we are trying our luck at Fractured: Remember Me. While most escape rooms involve adventure or thriller-like situations (catch a murderer, escape a self-destructing spaceship, find a hidden treasure in ancient Egypt), this one is more psychological. Players are trapped inside the mind of Robert, a World War II veteran who has suffered from PTSD and is in a coma. The object of the game is to make connections between his memories, wake him up and reconnect him with his family.

We are initially brought into a small room with white walls and little adornment. A plinth in the middle contains a sepia-toned photo album and a one-sentence instruction on a piece of paper. On one wall is an old-fashioned radio, another contains a military jacket, hat and canteen, and a spooky video projection plays on the main wall.

That's about it, but the deceptively simple room holds some pretty cool secrets and a very impressive reveal. It's a race against the clock (70 minutes), but more than that, it feels like a race against Robert's potential death. It somehow feels like a very personal story, and we are emotionally invested in bringing Robert out of his coma and reuniting him with his loved ones.

Outcome: Success! But, dear reader, we must confess. We cheated just an eensy bit. Four different puzzles delivered four different numbers for a lock, and we got three of them and their order. Rather than do the last puzzle (which was multistage and was eating into our time), we locked in the three numbers we knew and used trial and error to find out the last number. Our deception was immediately noticed – the walkie talkie we had for hints crackled to life, and our host said, "Um, how did you get that open?" We do not condone cheating. But we're just saying, it can be done.
Atmosphere: 4/5
Creativity of puzzles: 5/5
Difficulty: 4/5
Fun:  5/5
Best quote: “God, old-timey people are super creepy.”
Our tip: Pay attention to the audio as it plays. It adds to the story but will also help you solve your puzzles. 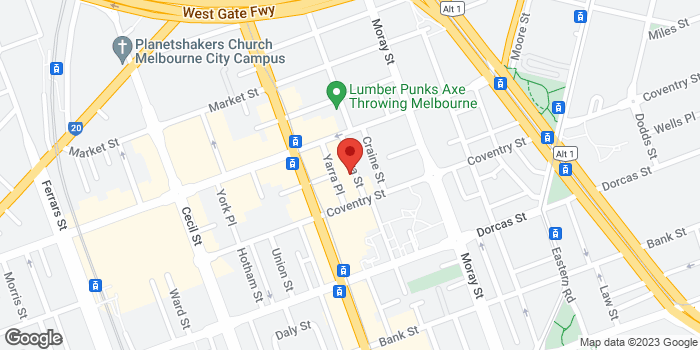