Is there hope for the Docklands?

Is there any spirit left in this controversial corner of the city, or is the Docklands an irredeemable ghost town? We searched for worthy reasons to visit Melbourne’s concrete maze, and investigated what the region might look like in years to come

It’s a sunny day on the Harbour Esplanade. The calm waters of Victoria Harbour sparkle, a breeze rushes through the leaves of a small, single bush, an errant sprinkler waters the pavement, and a huge cow is stuck, upside-down, between the forked branches of a bronze tree.

Welcome to the Docklands: land of boundless concrete esplanades, soaring high-rise buildings and a public art collection so large that it threatens to outnumber the suburb’s living population. This particular piece, John Kelly’s 1999 sculpture ‘Cow Up a Tree’, was one of the first to make its way to the Docklands. That was back in the early 2000s when the area was being touted as a promising new urban area – a buzzing CBD-adjacent community where tens of thousands of Melburnians would work, live and play.

But right now, at midday on a Wednesday, I can count the number of living Melburnians on the esplanade on one hand. I can’t say I’m surprised: ask locals about their thoughts on the Docklands and you’re often received by blank stares by people who never go there, or eye-rolls by those forced to work in the area. Yes, there are some who live in the Docklands, and maybe some who even love the Docklands. I have never met one of those people.

So where did the Docklands go wrong? According to Michael Buxton, urban planning professor at RMIT, things could have been very different. “Back in 1989, the Cain [state] government put out a plan outlining its preferred development model… and it would’ve made that area one of the most desirable places to live in the world,” he says. “The model was low-to-medium rise, quite dense European-style development; lots of narrow laneways, town squares and open space along the river. Primarily residential. But when the Kennett government was elected, the planning minister Robert Maclellan threw those plans in the bin and said he wasn’t going to do master planning for Docklands – he believed that the private sector was best placed to decide the type and scale of development, and he threw it open for business.”

Very few restrictions were placed on bids from developers, so from 2000 onwards, high-rise buildings shot up across the Docklands. But with no investment in public infrastructure or urban planning – civic centres, a main street, shopping centres – the area became what Buxton calls a “failed model of urban form… based on alienation, dominated by high-rise towers separating people from the street and each other.”

I turn away from ‘Cow Up a Tree’ and notice a café in the guise of a greenhouse. It’s called Hortus; and inside the bright, verdant space, a barista is making Seven Seeds coffee. The whole scene feels incongruous to the Docklands, and I welcome it (and a latte) with open arms. I ask the barista if he has any other tips for spending an afternoon in the area. He doesn’t.

“A few years ago, it became evident even to the city council and the state government that Docklands had been very poorly planned,” says Buxton. “The penny dropped even for the perpetrators of the crime, and so a lot of money has gone in to retrofit Docklands to make it more liveable. They’ve tried to encourage the creation of a couple of main streets, improve the urban amenity with better public space design and to include facilities that weren’t there.”

But are these efforts too little too late? My quest takes me to the NewQuay precinct; one of the eight precincts created by the state government. Here, the promenade is dominated by high-rises and construction sites to one side and boats on the other. Office workers eat solitary lunches on benches, and the near-silence is only punctuated by the cries of seagulls and the rush of trams. When our photographer and I approach another piece of public art – this time the abstract forms of Adrian Mauriks’ 2001 sculpture ‘Silence’ – a handful of tourists approach and take a few snaps of their own, as if desperately trying to justify spending their time here.

I follow the hum of crowds to Harbour Town; the discount shopping mall where sneakers are cheap and Supré still exists. Fast food joints flank Waterfront Way, which is dominated by the mammoth Melbourne Star, turning almost imperceptibly slowly overhead. Several years ago, I took a ride on the Star and found that its only views were of construction sites, ships, and the rooftops of mega-supermarket Costco and the O’Brien Group ice skating arena. Never again.

As I head back towards Victoria Harbour – past a clutch of waterfront bars and cafés – I begin to think about the invisible, yet fundamental role that good urban planning plays in our daily lives. At best, the Docklands is a work in progress; decent eateries, bars and facilities like the luxe Library at the Dock and community gardens are all welcome injections of community. One day, Melbourne’s creative energy might permeate the maze of wind tunnels and empty space, and government-installed public art might not be the only semblance of culture in the Docklands. But for now, I’m entranced by the most interesting thing I’ve seen all day: a plastic bag caught up between two buildings, rising, dancing and falling, American Beauty-style.

Coming soon to the Docklands:

Blender Lane Studios – one of the largest street art studio spaces in Melbourne – will relocate to Harbour Town from its current home in the CBD in 2017, with plans to add colourful murals to the area.

Harbour Town will enter its next stage of development, with plans for a cinema and a precinct dedicated to arts and social enterprises.

Guide Dogs Victoria will open an immersive space called Dialogue in the Dark in mid-2017, which will plunge visitors into darkness, leaving them to rely on other senses.

Experience the best of Melbourne 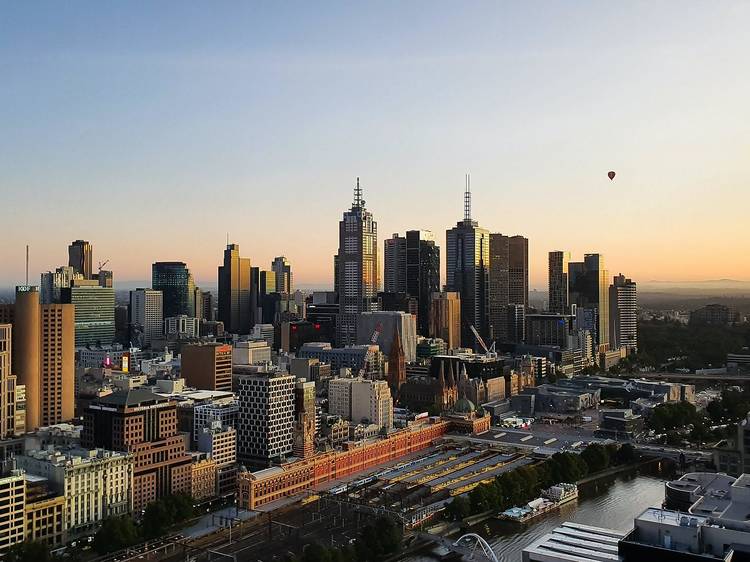 101 things to do in Melbourne before you die 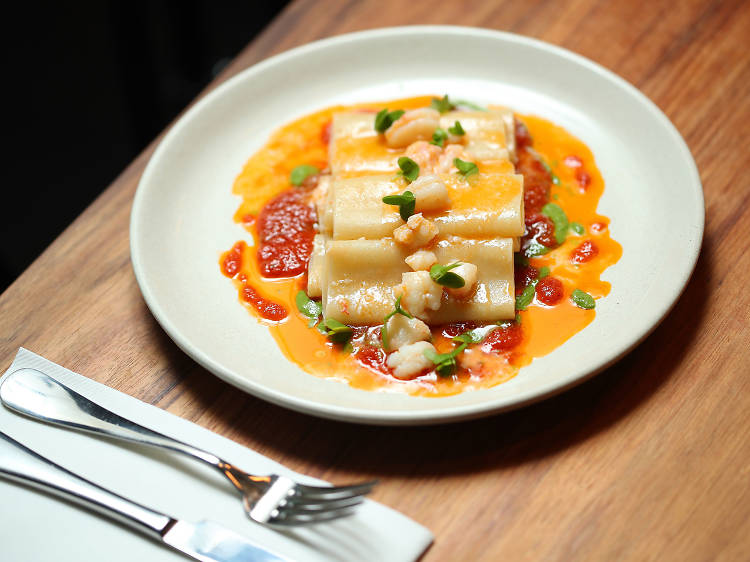 The 50 best restaurants in Melbourne