What does it mean to grow up separated from the knowledge and culture of your ancestors – and how do you reconnect with your past? Aunty Carolyn Briggs – a highly respected Boon Wurrung Elder – shares her journey of self-discovery with us, and outlines her vision for a better future, as told to Rose Johnstone.

Boon Wurrung Elder Aunty Carolyn Briggs is an expert in language and linguistics, and is recognised as a keeper of the history and genealogies of her people. She established Australia's first Aboriginal childcare centre, ran a contemporary bush food restaurant at Federation Square, is the chair of the Boon Wurrung Foundation and has worked for decades in Native Title, community development and cultural preservation and promotion. She has played a key role as cultural supervisor for events including Tanderrum (Ilbijerri Theatre/Melbourne Festival) and Yirramboi First Nations Arts Festival.

A journey through memory

I was born in Melbourne, but I then went off to my aunty, because my mum was very sick. Then I came back when I was 15, and my mum died was I was 20. The vehicle was no longer there for stories. So I had to follow her journey, making sense of her world, and the people who were in her world.

I had to go on the journey – what is it that I’m an inherited descendant of? No one had the answers, they’re not written in a book. I had to go, ‘how do I make sense of it if I’m going to transmit this knowledge to young people of my journey and of my understanding that keeps the balance between nature, science and the truths about the stories?’ There’s no one who is teaching it. But it’s memory, it’s my cultural memory. You’re brought up with all this and you’re floating through it. And you’re removed from your land… then coming back in the gold rush, settling in, then coming up to Coranderrk, becoming political agitators, moving again… retracing all that movement.

I was putting this puzzle together to make sense of who [I was]. You go, ‘what does it mean to be part of the custodians of this land? What does it mean when I don’t have language? I have family, I have connection, I know stories.’ But how do you transport that into a western framework that is valid? I invested myself to go and find these things.

Because you’re not a questioning culture, you have to listen. Deep listening.

The power of listening

My ancestor told my great-grandmother the story about the gardens [at the Royal Exhibition Building]. She remembers what it was like when it was only three houses. It was a plantation of banksias.

There’s also that magnificent river that ran into the Maribyrnong. Now, the sea runs into the river; but this water went all through right down to Point Nepean, a natural river course. Some days you can see fresh water in the salt water. It’s a balance. Nature and balance and fresh water and salt water. You can see them travelling where they tried to disturb it with the dredging of the bay, following the old river course so that the big ships could come in.

I was researching the ceremonies of Melbourne. When they do these ceremonies, it’s at the time of an event. You have to sing it, dance it and perform it when guests would come on country. And then there was the moon ceremony; we have 13 moons, we’d have our performances. Because it’s about the seasons too so we’ve got to get ready to know what seasons are coming into, when to stop eating meat, when to stop eating fish because of the spawning season, when the eels are travelling, when the stars guide us.

Looking to the future

Melbourne should be investing in opportunities in the arts industry. We just had the Women of the World Festival and then we had Asia TOPA. They’re diverse groups of people and they all have something to say. But they’re wanting to know about us. We’re the unseen people. Because we were probably the early negotiators, and the first to be moved away. It took me a court case to win that the [Boon Wurrung] people do exist and we’re back. In 2003 I won that case. The very fact that the women came back [to Boon Wurrung country] led the way. It was our view very early that we had to become globally aware of our rights to be recognised, so that’s what it was, to be recognised. That we have a major impact on this land. 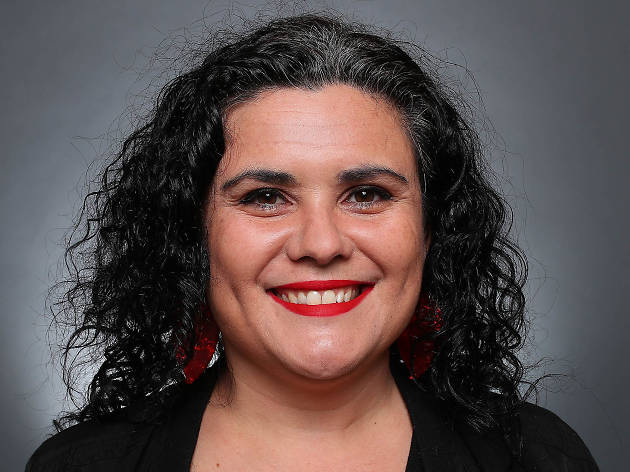 Get to know the fiercely talented men and women making our city a deadlier place by shaping Melbourne’s future across many different fields.