When you venture to the best kids' library branches in NYC, your pint-sized bibliophiles are bound to get lost in the stacks.

Options abound for curious little ones, whether they're searching for kids' books about NYC or hoping to get involved in the library's coolest free classes for kids. Make a pitstop at each venue's children's room, sit in for a fun storytime and don't forget to go home with a bestseller or two! (Our favorite children's books are sure to inspire a swipe of your library card.)

Great libraries for kids are waiting for your family's arrival! Find your nearest location, grab a tote and prepare for an afternoon fit for a wordsmith. 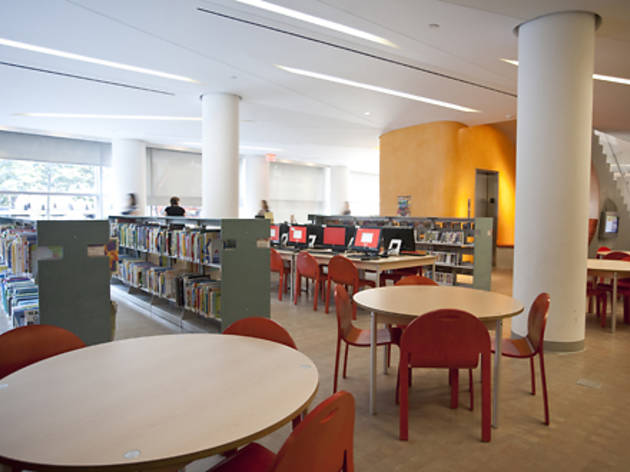 Not only is this library one of the city’s most beautiful, it’s also Manhattan’s first LEED-certified branch. Nearly every architectural feature is made from some type of recyclable material. The spacious children’s room is both ultramodern yet classic and comfortable: It features elegant orange-red chairs and round tables while the storytime rug and orange bean bags give the room a casual vibe. Our favorite element, however, is the sloping, padded reading nook under the glass-enclosed stone staircase that invites kids to ditch the notion that reading must be done in an upright position. 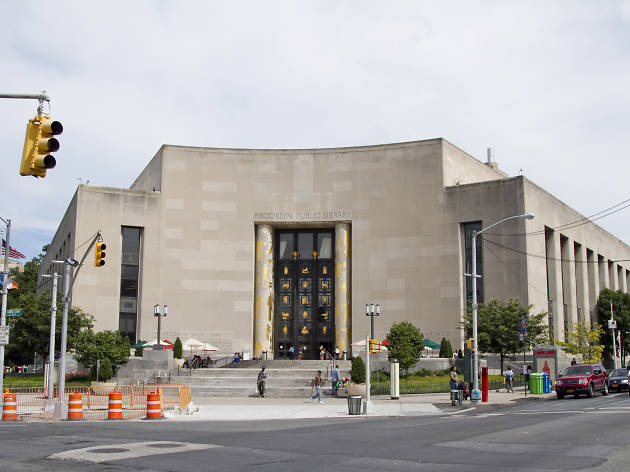 Housed in a striking 1941 Art Deco building designed to look like an open book, the library is Brooklyn's largest and hosts roughly 1 million visitors each year. The venue overlooks Grand Army Plaza and provides landscaped gardens, an outdoor performance and Emma's Torch, a café vendor. Among the library's strongest suits is its first-floor Youth Wing, with designated spaces for toddlers, grade-schoolers, tweens and teens to read, work on homework and use game-equipped computers. There plenty of events each month, many of which are aimed squarely at kids. Note that the library underwent renovations in January 2019, and will continue until 2021 when the project is complete. Read more about the renovation on bklynlibrary.org. 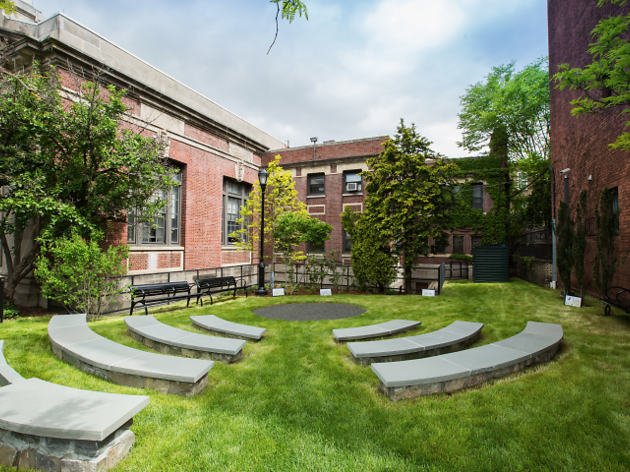 The extensive Brooklyn Public Library system loves serving its young visitors, which is especially clear thanks to its youth programs and facilities that serve as designated spaces for kids to read, study and game. Kiddos will get a kick out of the ampitheater and Imagination Playground foam blocks. The newly constructed outdoor garden is a little bibliophile's heaven, and there's no better place to harness kids' love for literature. In 2018, library patrons Community Board 6 overwhelmingly favored the construction of an 18-24 inch statue of the beloved Knuffle Bunny—based on the popular picture book by Mo Willems—which would be permanently fastened to the seats of the new outdoor storytelling garden. Paws crossed the cute cottontail makes an appearance! 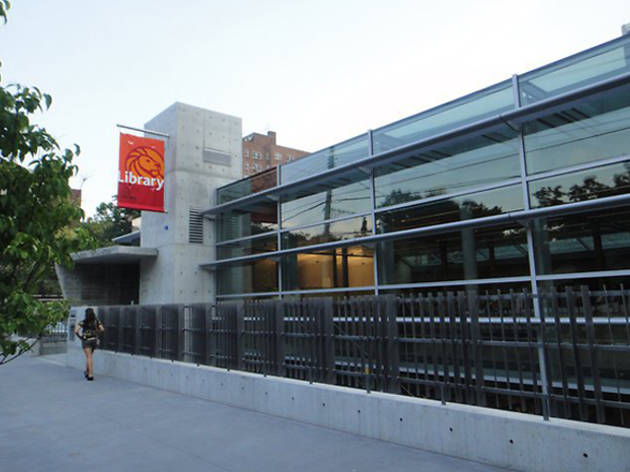 Like many of its predecessors, this library is bathed in sunlight, thanks to floor-to-ceiling windows, and it feels so inviting. That's true for the technically below-ground children's room as well: A moatlike space carved around the building lets natural light in, and besides the requisite kid-size tables and chairs, the flooring is cushy and bean bags that can be set down at will are provided. An enclosed storytime room whose colors are redolent of a cabin in the woods, plus a common outdoor area that's stylishly landscaped with durable plants and rocks, ensure that this Bronx dream is a hit in the community. 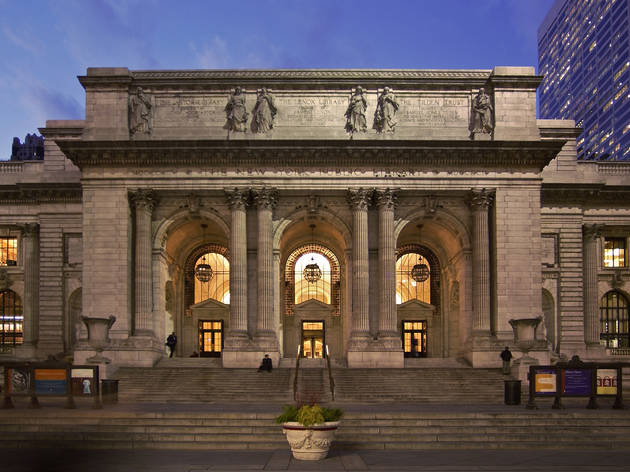 What's more iconic than the New York Public Library at 42nd Street? Bibliophiles big and small can appreciate the building's impressive history, architecture and of course, offerings, and not just what's on the shelves. The first new children's room in the main branch in 30-plus years opened in 2008 in response to the closing of the city's main children's library, midtown's Donnell Library Center. The space feels like a big living room; the capacious carpeted spot on the western end is used for storytelling. Kids big and small also get a kick out of the Pooh room, wallpapered with renderings of the Hundred Acre Wood. Inside, you'll find a glass case containing Christopher Robin Milne's vintage stuffed animals, the inspiration behind his dad's Winnie the Pooh books. The library has a good selection of those, too. 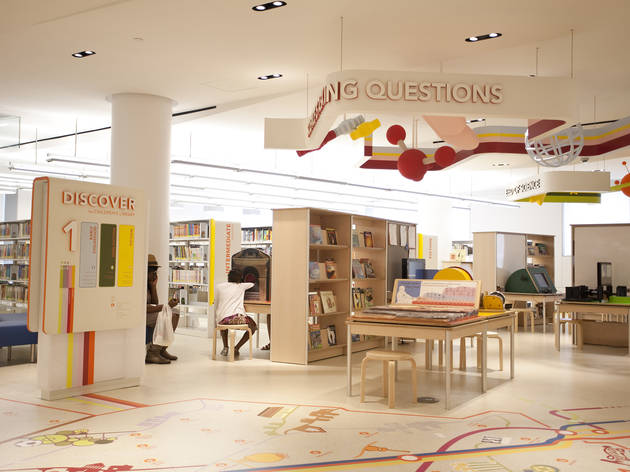 Like Brooklyn, Queens runs its own library system and places an emphasis on serving children and teens. Storytime and crafts sessions, musical performances (and even music lessons), and the likes of natural history talks and homework help pepper the schedule. The Children's Library Discovery Center encourages curious kids to learn about all kinds of things, including bugs, magnets, puzzles, perception and, of course, books! Tykes can tinker with hands-on activities, and parents will love that the Center also offers two databases that help children with literacy. 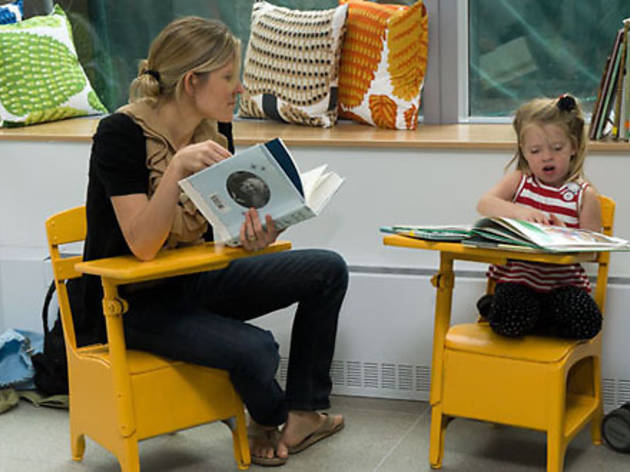 Reopened in early 2010, the Poets House Children's Room is a sunlit getaway, with views of Rockefeller Park and the Hudson River. The whimsical space is outfitted with furnishings like a canoe-shaped bookcase, an old-fashioned birdcage and antique school desks painted mustard yellow. Other accents include five manual typewriters (conveniently loaded with sheets of paper); a sturdy card catalog, now obsolete thanks to digital databases, holds bric-a-brac like wooden eggs, shark teeth and pressed leaves—all meant to spark youngsters’ poetic imaginations. The inviting space holds frequent programs for children. 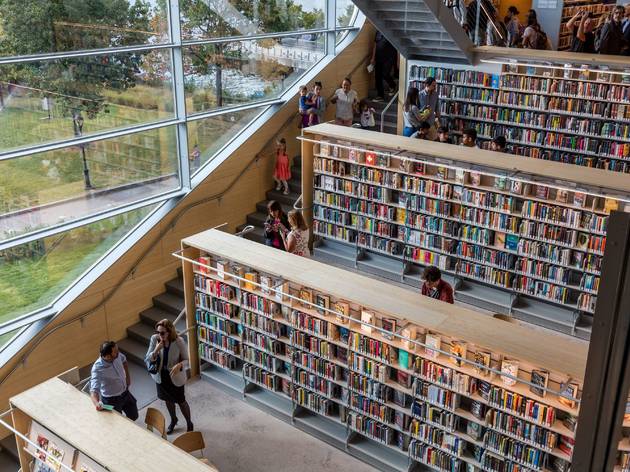 The newly opened Hunters Point Library is a stunner, a $40 million public amenity so airy and tasteful it looks like it could be in the capital of a Scandinavian country. But here it is in the borough of Queens, rising from a former brownfield site on the Long Island City waterfront. Most importantly, it's a library with an amazing section for kids and some fantastic children's programs, including Toddler Times (Wednesdays at 10:30am), Saturday Pre-K Music and Play Times (10:30am), Wednesday Crafternoons (4–5pm) and Thursday STEAM Afternoons (4–5pm). All ages. 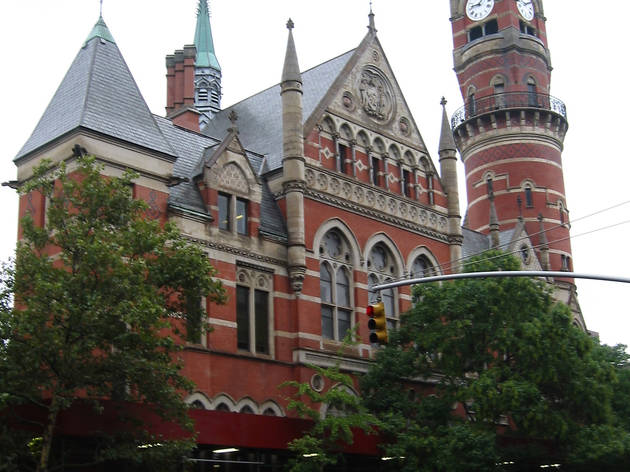 Ensconced inside a Victorian Gothic city landmark (a former courthouse), the children’s library exudes a Harry Potter–esque feel, thanks to arched stained-glass windows, ornate carved-wood doorways and several original, mural-size artworks—most done by former librarians. Little fantasy readers can climb the old-school, spiral staircase, inside the tower, to the adult library on the second floor. Kids also flock to the branch’s storytimes and craft sessions, plus a slew of festivals, such as October’s pumpkin-painting extravaganza, held in the library’s public garden. Note that the branch is currently undergoing a two-year renovation project that began in fall 2018. Following the initial closing, which took place in the winter, the library will remain open, though some areas might be restricted to visitors. 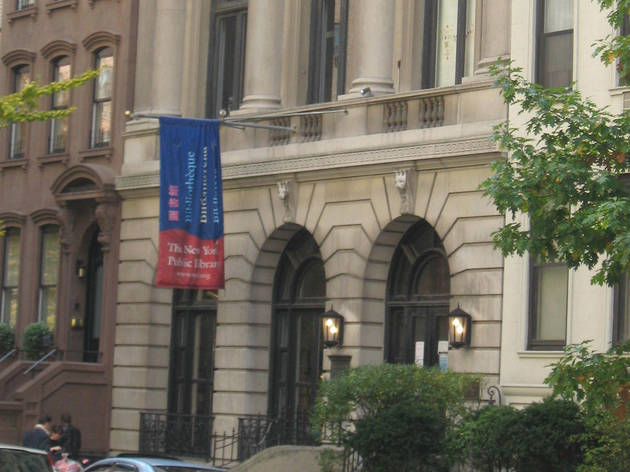 Though the city's made up of five boroughs, it has just three public library systems. The largest, the NYPL, runs all libraries in Manhattan, Staten Island and the Bronx, including this Upper East Side institution. Story times, STEM projects and art workshops are on tap for kids who are looking for ways to stay active and creative. Plus, this branch is a historical landmark! The library has earned a spot on both the National and State Registers of Historic Places.

More fun things to do 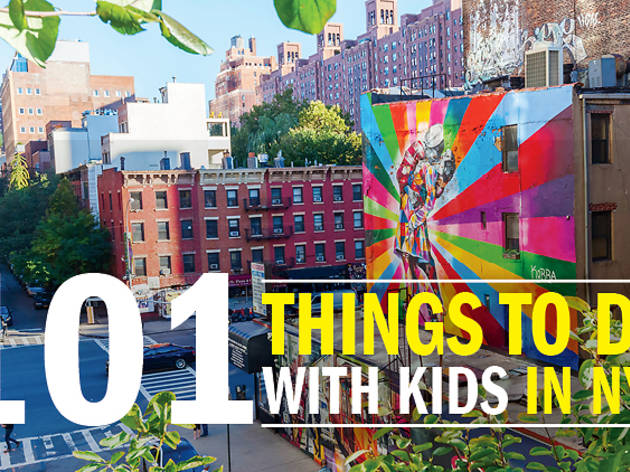