Ellen's Stardust Diner and its famous singing waiters are returning to Times Square.

After more than six months, live singing is returning to Broadway this week. True, the theaters are closed until at least the start of 2021. But Ellen's Stardust Diner, which has combined 1950s-style decor with live singing waiters for more than three decades, is reopening its doors on Thursday, October 1, at the corner of Broadway and 51st Street.

Starting on Thursday, October 1, Ellen's will serve its usual retro fare of hamburgers, milkshakes and the like from 11:30am through 9:30pm on Tuesdays through Sundays. But the main attractions, as always, are the talented singers, known as the Stardusters, who serve as live entertainment throughout the dining experience.

For a while, it looked as though Ellen's would join the long list of New York diners in the sky—such as the late, lamented Good Stuff Diner. In July, as we reported, Ellen's seemed in real danger of closing, with an ominous notice posted on the door. But the conflict between the restaurant and its landlord appears to have been resolved.

That's good news not just for New Yorkers hungry for live entertainment but also for many performers who have been out of work for months. "We have the biggest singing waitstaff in the world, I think—maybe Disney World has more, I don’t know," the diner's longtime artistic director, Scott Barbarino, told Time Out. "We’re bringing about half of them back for now, which is about 30 singers."

For now, the restaurant will operate at 25 percent capacity, in accordance with new rules about indoor dining in New York City. Patrons will have their temperatures taken at the door, and will need to make reservations through Yelp to enable contact tracing. (Reservation lines open on Thursday morning.)

The server-performers will have safety measures in place as well, above and beyond social distancing from the customers while they are vocalizing. "The singing waiters are going to be wearing face shields," Barbarino says. "They will also have their own individual microphones—they used to pass mics like in a piano bar, but we stopped that early in March when we realized what was going on."

In future months, Ellen's hopes to expand to serve breakfast and accommodate more indoor diners. "Sometime in November, if everything stays good, we can open up a little further," Barbarino says. "I think they’re going to go to 50 percent."

Will Broadway shows return in early 2021? We don't officially know. For now, then, Ellen's is the closest thing you can get to dinner and a show in New York City. 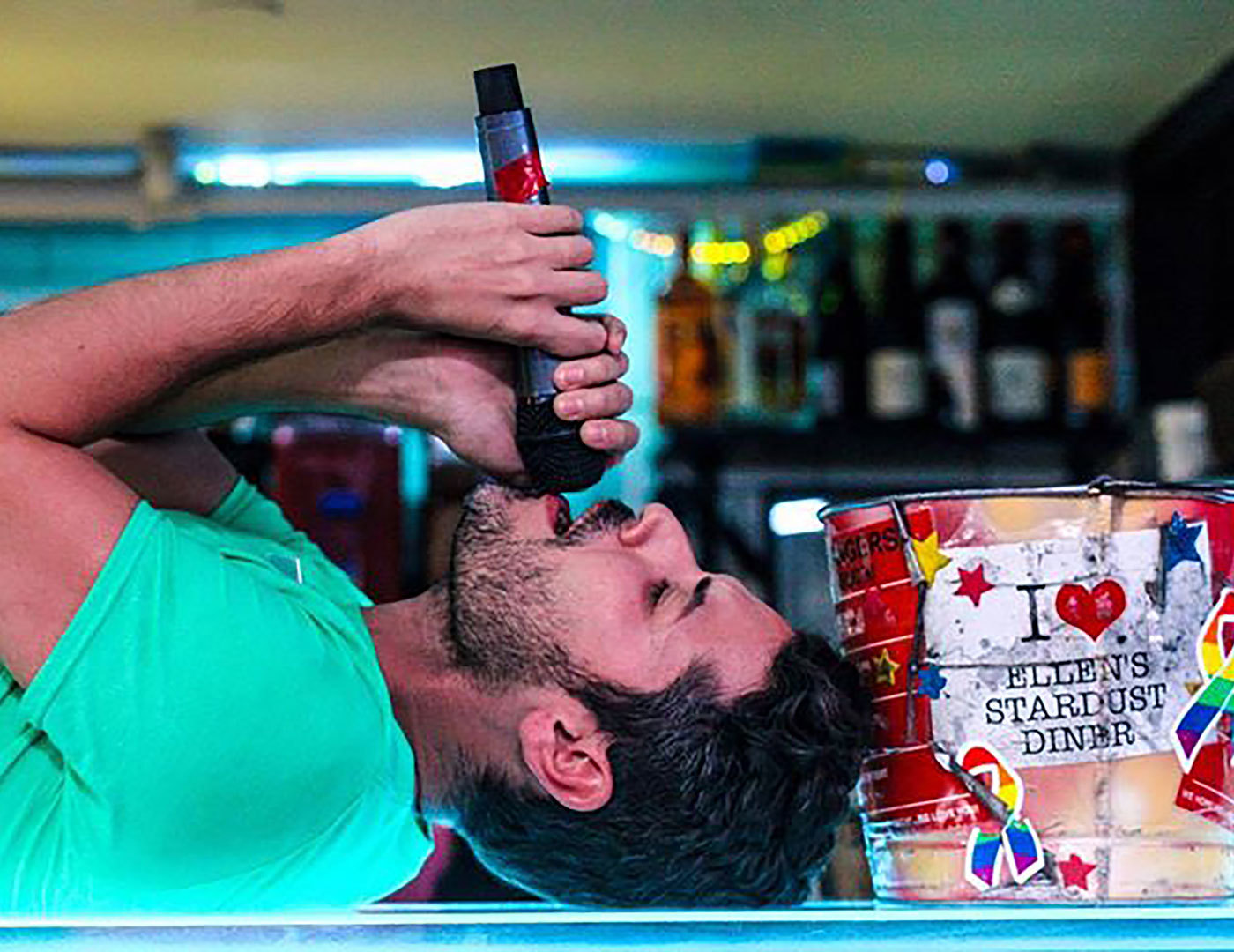