As Hillel the Elder asked, “If I am not for myself, who will be for me?” TL;DR: We are here for kosher restaurants. Here’s a five-borough guide to the best restaurants serving not-your-bubbie’s New York deli classics vegan and vegetarian restaurants and world-class Indian restaurants. You need to eat. And if not now, when? Hungry for more? Check out the 101 very best things to do in NYC. 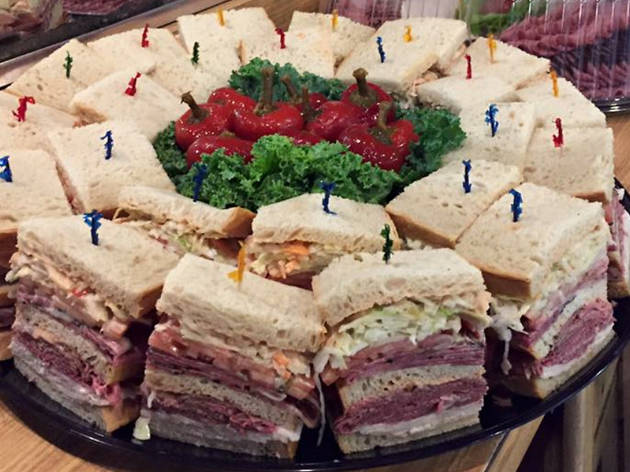 Back when Joseph Liebman first opened this Riverdale, Bronx deli in 1953, it was one of nearly 100 Jewish delicatessens in the borough. Nearly six decades later, it's one of two old-timers left. (Loeser's on W 231st is the other.) The luncheonette–rigged with Formica tabletops, padded green booths, and counter cases showcasing hulks of brisket and kosher franks–was taken over by the Dekel family in the '80s, but the menu hasn't changed over time, offering cold-cut platters, hot open-faced sandwiches and pastrami piled on rye. 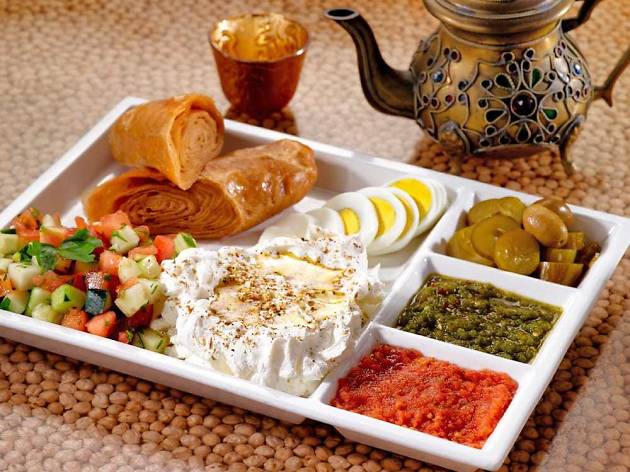 Although its name means “snack” in Hebrew, this always reliable Tribeca spot’s falafel-based sandwiches and platters are far more filling than your average nosh. Its crisp chickpea balls are available in three tempting flavors: an herb-flecked green, a spicy roasted red pepper and a hearty spinach-and-mushroom variety. Catch ’em all in the piled-high Deluxe sandwich, featuring a pita (white or whole wheat) stuffed with all three falafel balls, plus hummus, Israeli salad, shaved red and white cabbage, pickles, eggplant and nutty tahini paste. 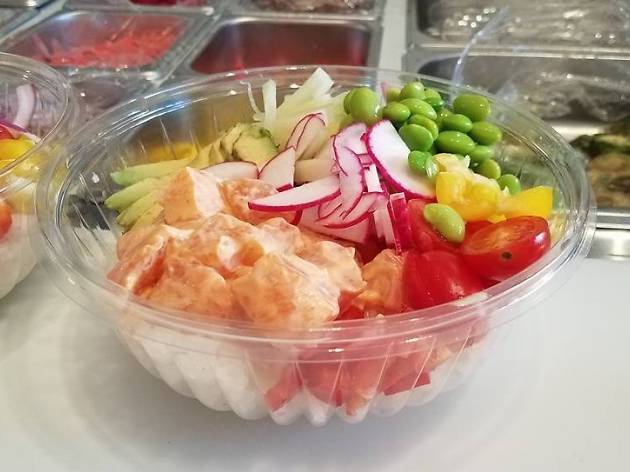 There are plenty of fish at this kosher sushi and poké spot in the Upper West Side. Take your pick of customizable poké bowls with fresh salmon, yellowtail, tuna or kani, or choose speciality combos that you can turn into a buowl, burrito, roll or salad. 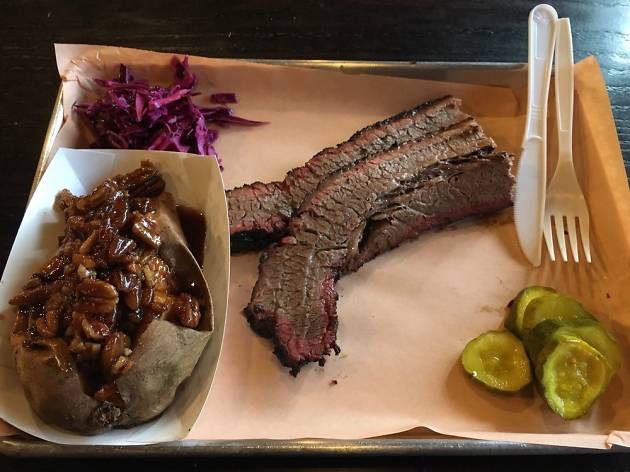 There's a whole lotta meat at this Crown Heights barbecue joint–doling out smoked brisket, pulled beef and turkey with mix and match of sides like candied sweet potato, french fries and pickles. 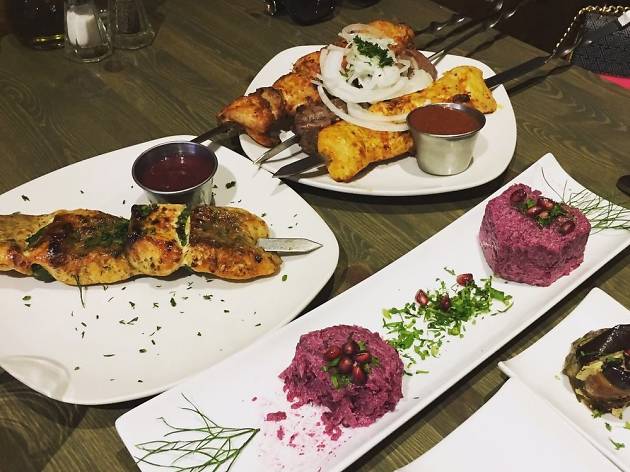 This glatt kosher Georgian restaurant is only a few blocks away from the only Georgian synagogue in the city. Order authentic Georgian dishes like shotis bread, tkemali and xachapuri. 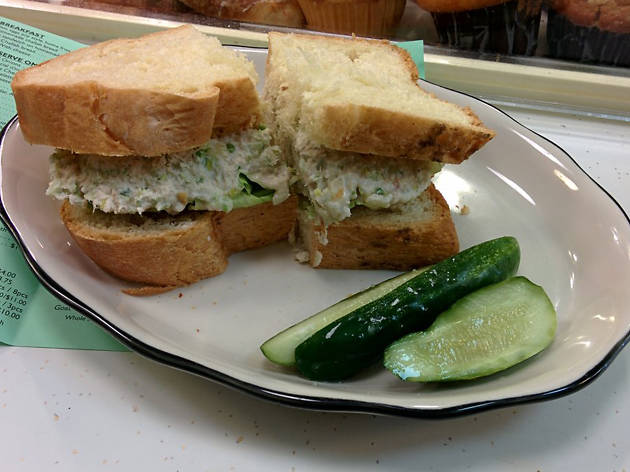 Open in the East Village since 1938, this venerable, 400-square-foot lunch counter long ago passed out of the hands of the Jewish immigrants who established it and is now run by a Polish Catholic and an Egyptian Muslim. Nevertheless, the slim restaurant still serves the kosher dairy dishes it has always been beloved for, such as a rotating selection of excellent hot (mushroom barley, split pea) and cold (borscht, cucumber) soups, and boiled or fried pierogi stuffed with cheese, potatoes or sauerkraut and mushrooms. 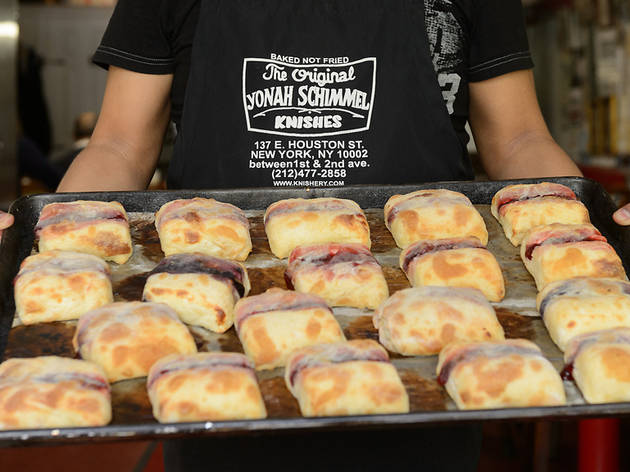 Born from the namesake of a Romanian immigrant's pushcart in 1890; the soft, house-made knishes at this time-honored LES favorite, baked in a basement brick oven and hoisted upstairs via dumbwaiter, are a taste of bygone New York. The old-world nosh, a thin dough shell filled with potato, comes savory (kasha, red cabbage) or sweet (blueberry, chocolate) or filled with cheese. Make it a meal with a pickle and coleslaw, and wash it all down with a fizzy cherry-lime rickey. 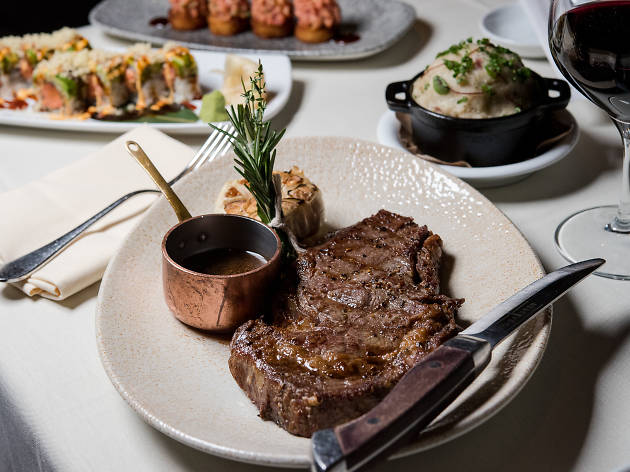 Kosher steakhouses may not be on the top of your restaurant hit list if you don’t follow the dietary practice, but that may change when you make your way to Reserve Cut. Owner Albert Allaham delivers, sourcing chops from his Gravesend butcher shop, the Prime Cut. The 14-ounce dry aged ribeye was beyond tender and perfectly seasoned, making it one of the best steaks we’ve had in NYC recently. 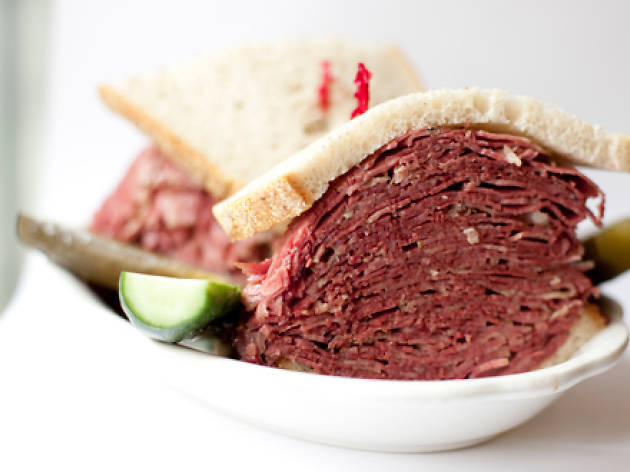 After the 2006 shuttering of the deli’s original East Village location, Jeremy Lebewohl, the founder’s nephew, reopened the place at this misleading Murray Hill address, menu intact. Most things are as good as ever: Schmaltz-laden chopped liver is whipped to a mousselike consistency, and the deli meats, including juicy pastrami and corned beef, skillfully straddle the line between fatty and lean. Good news for wistful aficionados: The decor, from the Hebraic logo to the blue-white-and-brown tiles and celeb headshots made the trip uptown too. 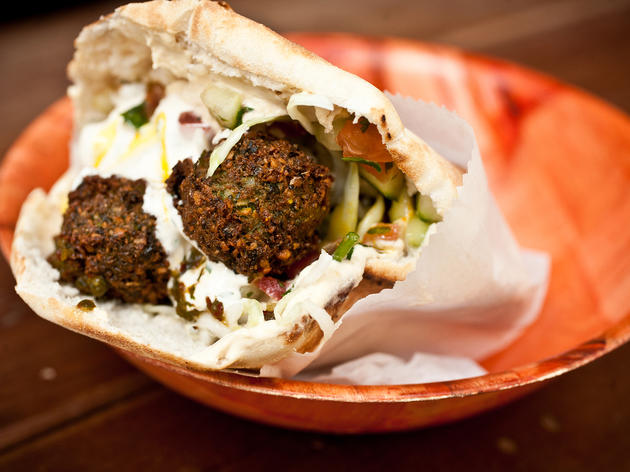 Falafel doesn’t usually come in different flavors—unless it’s made by an Israel-born chef who’s worked under Bobby Flay. At her falafel and smoothie bar, Taïm, Balaboosta and Bar Bolonat chef Einat Admony seasons chickpea batter three ways: traditional green (with parsley and cilantro), red (with roasted red pepper) and harissa (with Tunisian spices and garlic). She pairs the terrific falafel with tasty salads like marinated beets, spicy Moroccan carrot salad or baba ghanoush and three dipping sauces. The smoothies are exotic, too—date-lime-banana, pineapple–coconut-milk and a refreshing cantaloupe-ginger—and can be made with whole, skim, soy or no milk.

Looking for a Greek restaurant in NYC? 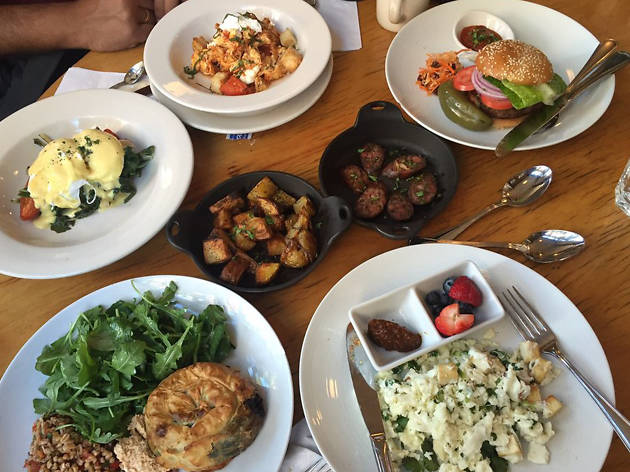 Whether fresh fish or a hearty casserole is your fancy, the best Greek restaurants in NYC have something for everyone