We sent two past Undateables out on a brand-new blind date to give them a second shot at love.

What they learned from their last Undateables date:
Sarah: If you go in with zero expectations, you’ll feel a lot less nervous.
James: It’s easier to talk to someone who is following their passion.

First impression
Sarah: “I thought he was really nervous and kind of shy. He stumbled over his words a lot. He was really sweet, but it just took a while for him to get into the conversation.”
James: “She was nice, but I didn’t have much to talk about with her. Once she knew I worked in the theater, she only wanted to talk about famous people I’ve worked with.”

Chemistry
Sarah: “I wouldn’t say there was much chemistry—it was a pretty basic conversation. We talked a lot about things to do around the city. He grew up here and had great recs.”
James: “I couldn’t get a read on her, so it was hard for me to tell what she was looking for. Also, she didn’t know where Flushing was, even though she’s been to a Mets game.”

Awkward Moment
Sarah: “We were at a cocktail bar with 25 different, really cool cocktails on the menu, and he ordered a rum and coke. I gave him a hard time about it, but I was just kidding.”
James: “She kept apologizing for liking basic things, and I was like, ‘I don’t care if you like Taylor Swift or Ariana Grande! That’s fine! Why are you apologizing to me? I’m just a man you met in a bar.’ ”

Afterward
Sarah “He asked if I wanted to do this again sometime, and I said I wasn’t really sure. He was going to take the same subway as me, but then he said he was just going to walk.”
James: “To be polite, I asked her if she wanted to go out again. She said no but then said she’s never been asked out on a second date before. I thought that was strange.”

Verdict
Sarah: ♥♥♥ “He was really sweet, a total gentleman. As a date, it was great, but there wasn’t really any chemistry. From the last date to this one, we’re moving in the right direction.”
James: ♥♥ “I’ve had better dates. I would go back to that bar with someone who I really liked, though. Actually, there’s someone else I really like that I might take there.” 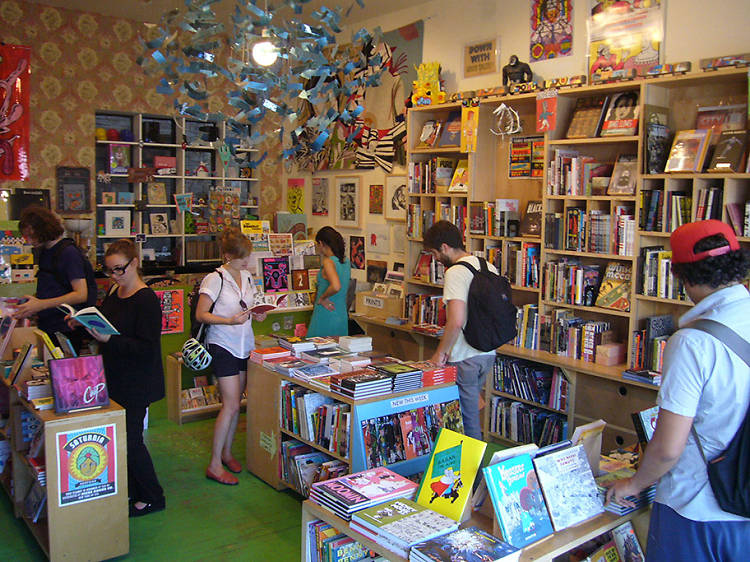 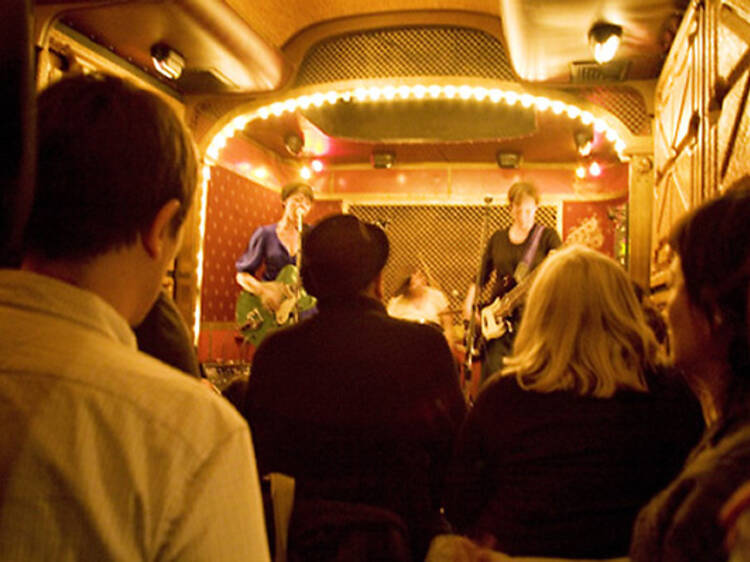 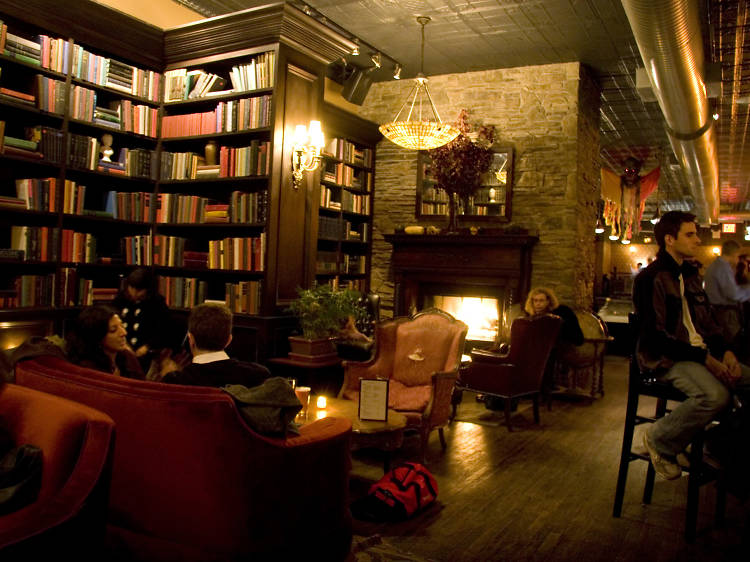 Get your groove on at midnight 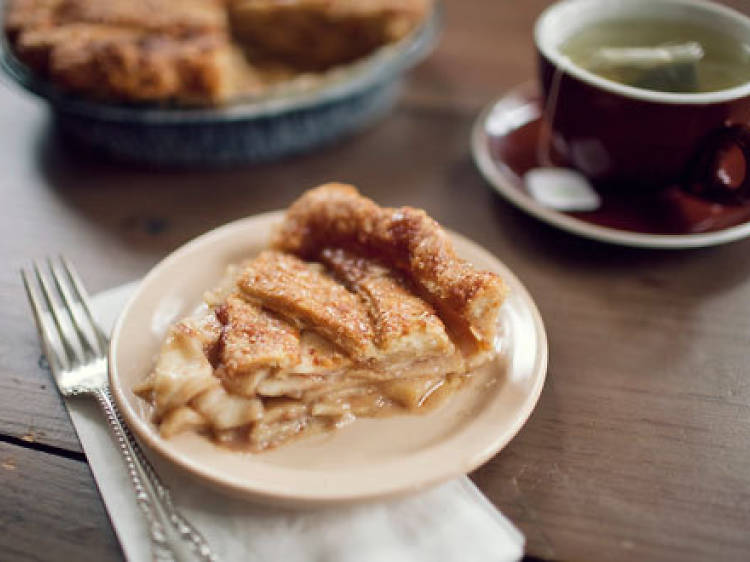 It’s been scientifically proven that nothing in the known universe is more romantic than pie. At Gowanus go-to Four & Twenty Blackbirds, two slices of shop faves like salted apple caramel or grapefruit custard will run you $11.50. (Arrive early in the evening, as they tend to sell out.) Then, fill your head with, you know, actual scientifically proven knowledge at the Bell House at a trivia night or Secret Science Club. Tip: Bring someone geeky to this, lest you seem…like a total geek. 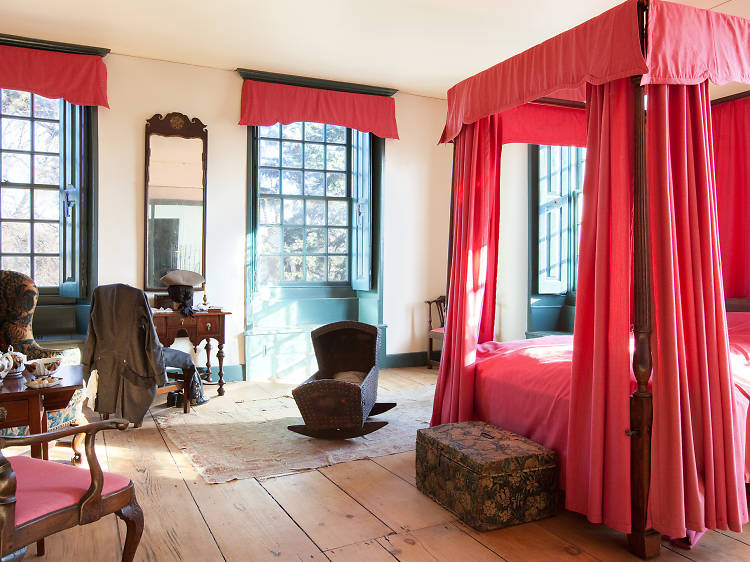 Nature and history in the Bronx 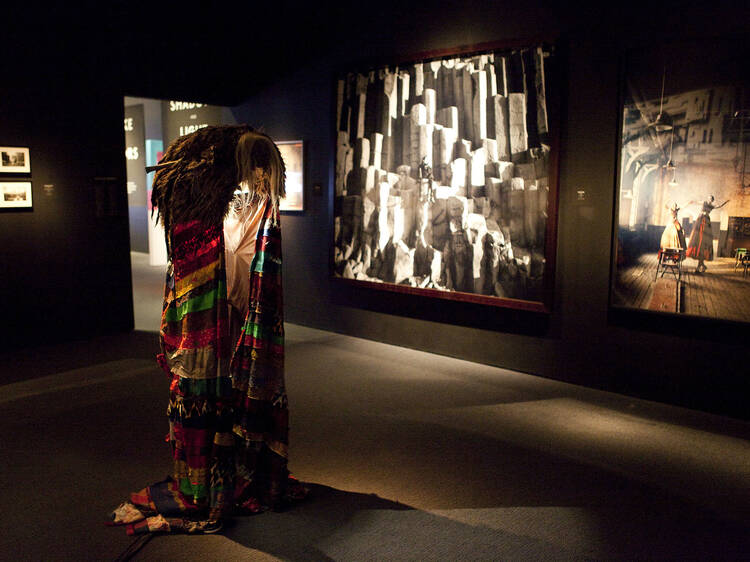 A cinematic shrine and plenty of Guinness

Secure film-buff status by bringing your date to the Museum of the Moving Image on Thursday from 2-6, when the admission fee is waived. Make sure to fool around at the permanent collection’s sound-editing, dubbing and stop-motion-animation stations before leaving. Afterward, drink your fill at the charming Irish joint Quays Pub (45-02 30th Ave at 45th St, Astoria, Queens; 718-204-8435) with rounds of Guinness ($5 to $6), poured just as they should be: in two steps, so that a perfect head peeks over the rim. 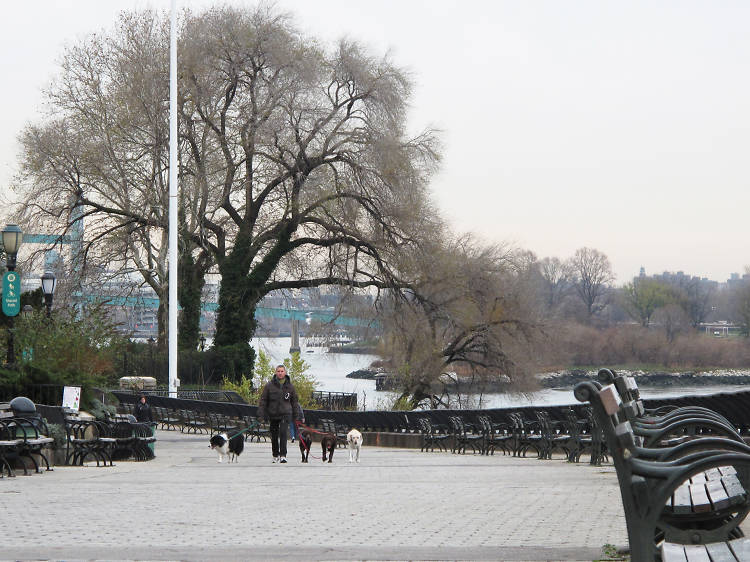 Start off an evening in Yorkville with an amble through Carl Schurz Park. Make sure to swing by Bobby Wagner Walk, a grand promenade along the East River, and Gracie Mansion (at 88th Street), the latest home of Bill de Blasio and official residence of NYC mayors.

Sets you back: Free 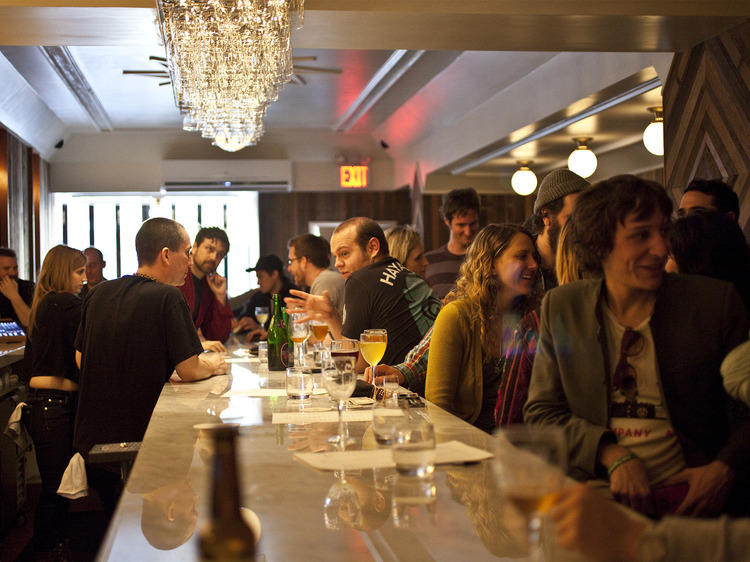 The inviting wood-paneling decor and dim lighting at Greenpoint drinking den TØRST make it a hot spot for old-timey romance. After sipping $6 drafts from local faves, head next door to Van Leeuwen Ice Cream for two small ginger, Earl Grey tea or other unconventionally flavored cones ($5.50 each). If the weather is nice, take your sugar rush to nearby McCarren Park, and sit on a bench facing the Empire State Building. 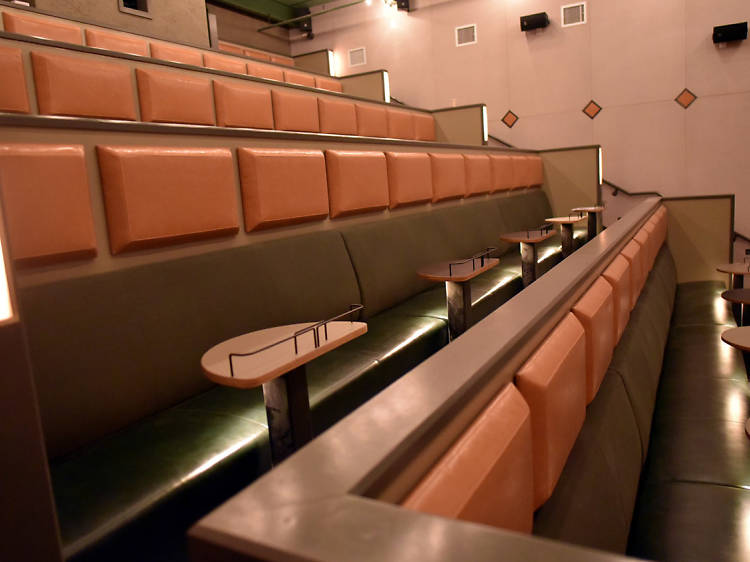 Dinner and a movie

This overrated date night comes in handy, especially when the cost is dirt cheap. Unlike other movie theaters, Syndicated lets you wine and dine while you watch a classic flick. Get this: movie tickets are $7 apiece. And since the movie is so affordable, you can schmooze your date by splurging on some gourmet popcorn from the concession stand. 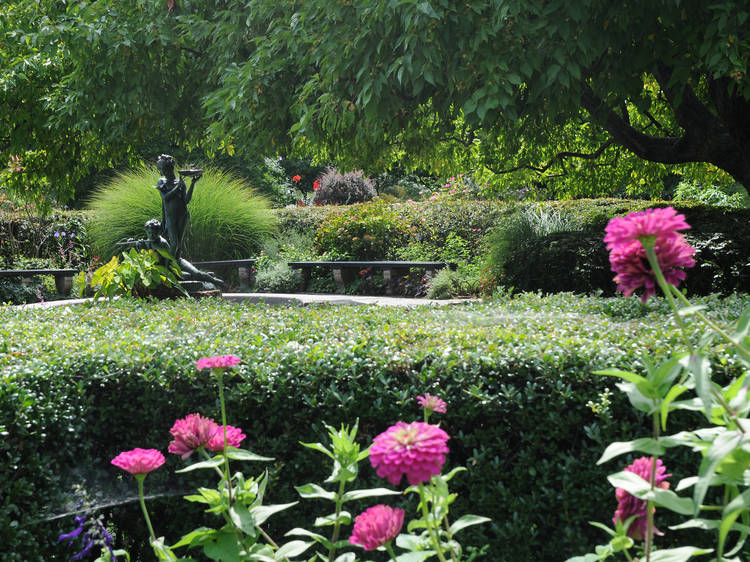 If you’re looking to impress your companion by spouting off bits of horticultural expertise—hey, it might work—or if you’re just looking for a pretty spot in which to walk around and stare amorously into each other’s eyes, walk around the magnificent six acres that make up the Central Park Conservatory Garden. Once you’re done sniffing the magnolia and lilac trees, scoot over to El Paso Taqueria, where you can get two tasty tacos for $8.