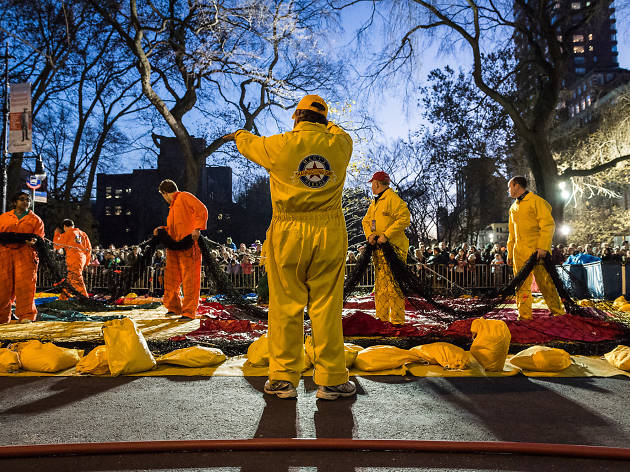 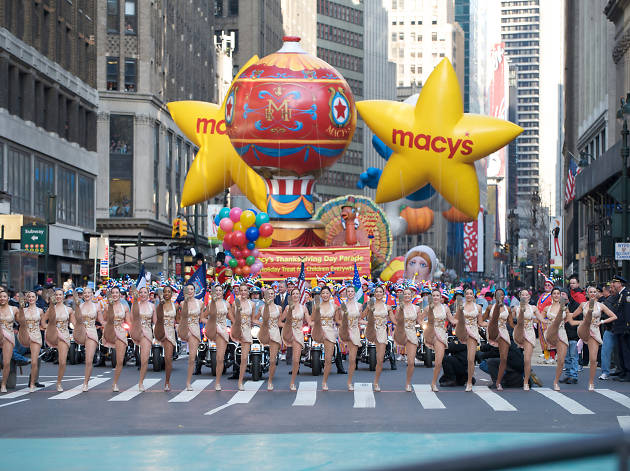 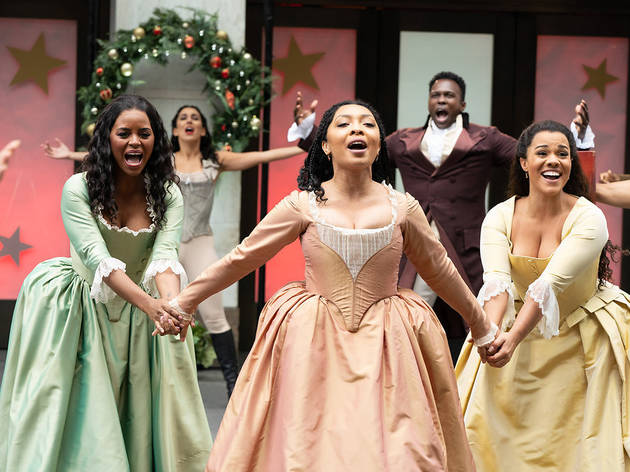 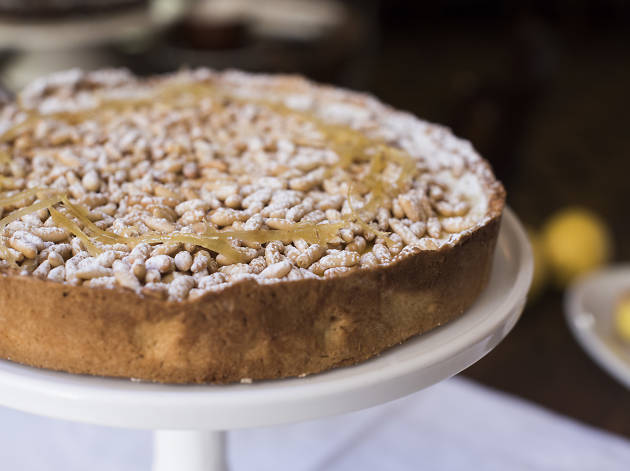 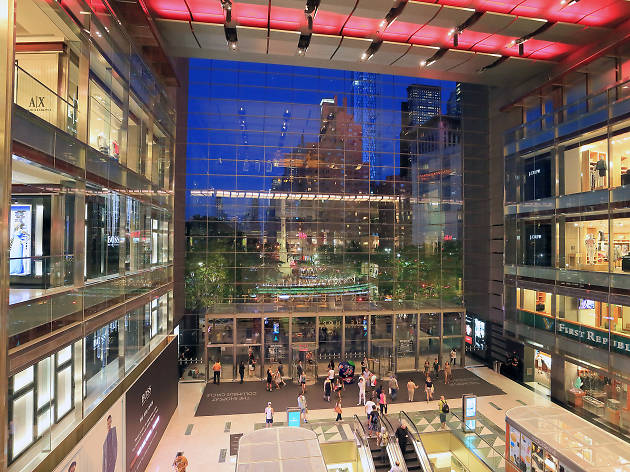 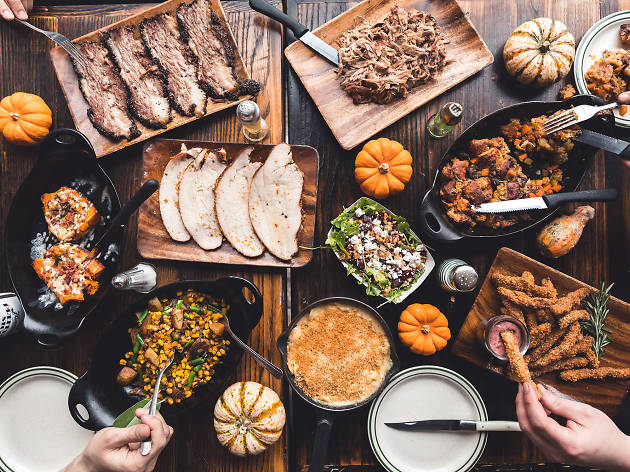 Where to go for Thanksgiving dinner in NYC 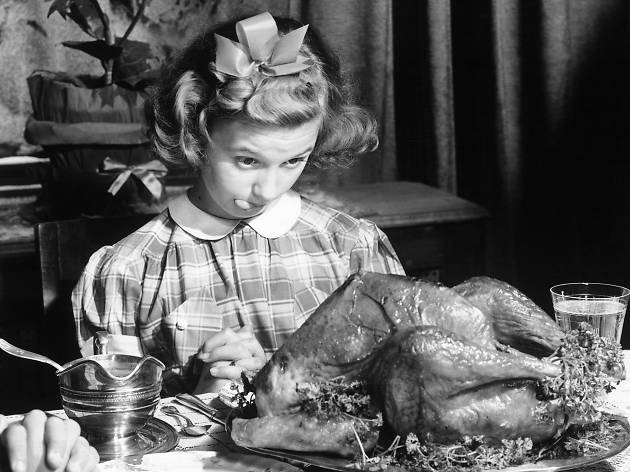 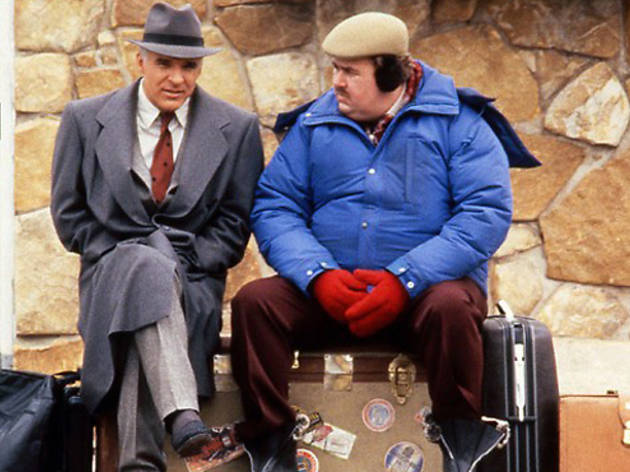 Before America gets turnt on turkey and settles in to watch some football, all eyes turn to Manhattan during the Macy’s Thanksgiving Day Parade 2020. The annual pageant of giant balloons, floats, cheerleaders, clowns, marching bands, theater and Broadway in New York performances and celebs is one of the best NYC events in November. This year, the parade will happen without the throngs of crowds, so you can tune in to the "reimagined" rendition of the annual event in your PJs to keep the spirit alive.

When is the Macy’s Thanksgiving Day Parade?

Thanksgiving Day, of course! But we'll spell it out for you: Thursday, November 28.

Where is the Macy’s Thanksgiving Day Parade?

The Macy’s Thanksgiving Day Parade usually starts at 77th St and Central Park West and heads down to 34th Street to Macy's Herald Square. This year, the parade will be taped in and around the Herald Square area, instead of the typical 2.5-mile route.

What time does the Macy's Thanksgiving Day Parade start?

The parade kicks off promptly at 9am and ends at noon.

Who is performing during the Macy’s Thanksgiving Day Parade?

There will be pre-taped Broadway performances (arguably one of the best parts of the whole shebang). The following will be broadcast: Mean Girls, Ain't Too Proud—The Life and Times of the Temptations, Hamilton and Jagged Little Pill.

What are the new balloons this year?

"Boss Baby" and the Red Titan from the YouTube series, "Ryan’s World." 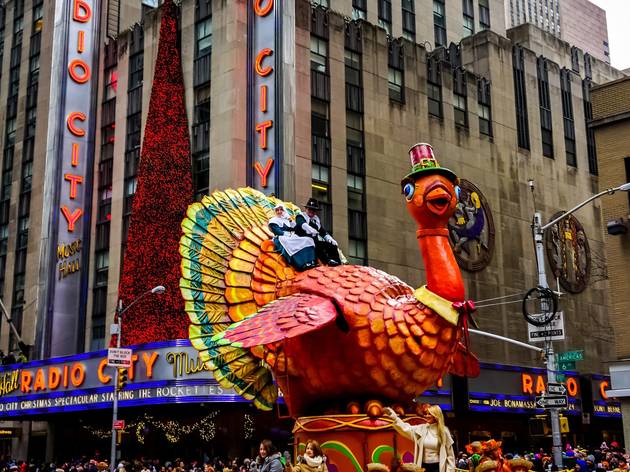 The Macy's Thanksgiving Day Parade has ushered in the holiday season for 96 years—and this year is no different. America's most beloved parade will still go forward on Thursday morning (9am-noon) despite a very different reality. However—like most things this very difficult year—it'll take a new form. Instead of a parade for thousands on the streets of New York, it is being re-made for television, specifically for NBC's broadcast. This means that there is no need for hundreds of balloon handlers this time. Balloons will be carried by 25 people (per balloon) who'll share the duty with utility vehicles across just one block on 34th Street (in front of Macy's Herald Square) instead of across two miles, according to The New York Times. RECOMMENDED: The Macy’s Thanksgiving Day Parade 2020 guide There will be two new balloons this year—"Boss Baby" and the Red Titan from the YouTube series, "Ryan’s World." There won't be any live marching bands, but pre-taped bands, including New York Fire Department’s Emerald Society band and the Lesbian & Gay Big Apple Corps Marching Band, will perform. We'll also see pre-taped Broadway performances (arguably one of the best parts of the whole shebang). The following will be broadcast: Mean Girls, Ain't Too Proud—The Life and Times of the Temptations, Hamilton and Jagged Little Pill. Additionally, Ashley Bouder, a New York City Ballet principal dancer, will perform as the pink tutu-ed Sugarplum Fairy, and 18 Rockettes from Radio City Music Hall will perform a socially-distanced number sans kickline, The Times notes. Patti LaBelle, Bebe Rexha, The Goo Goo Dolls, (patron saint) Dolly Parton, Jordin Sparks, Pentatonix, will also perform. New this year: performers from other canceled parades, including the West Indian Day Parade, The Puerto Rican Day Parade, the Pride Parade, the St. Patrick's Day Parade and the Mermaid Parade will also make pre-recorded appearances. Thankfully, Santa Claus will close out the parade as in years past.  So, how do you watch the Macy's Thanksgiving Day Parade this year? NBC will be broadcasting it, but you can watch a livestream of the celebration on YouTube.com/Verizon, on Verizon’s Twitter account and on macys.com. Our fave "Saved By the Bell" alum Mario Lopez will be hosting. And when the parade is over and the turkey is all gone, check out these fun things to do on Thanksgiving weekend. Most popular on Time Out - Here are the Broadway numbers you’ll see in the 2020 Macy’s Thanksgiving Parade- Best Thanksgiving movies for kids and families- The 100 best movies of all time- NYC holiday traditions that aren’t happening this year- How to get a rapid COVID test in NYC Want to know what’s cool in the city before your friends do? Sign up to our newsletter for the latest and greatest from NYC and beyond. 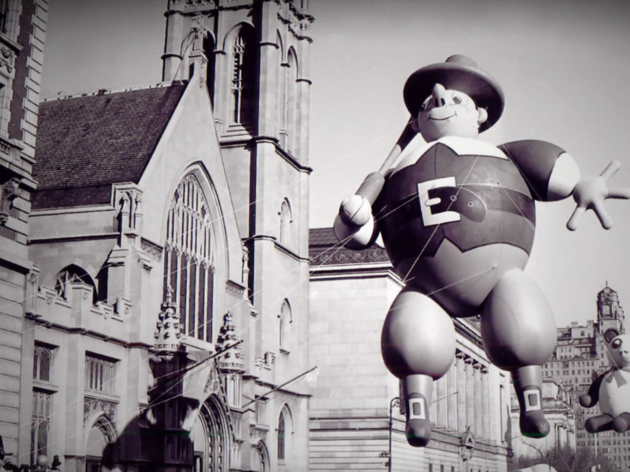 The Macy’s Thanksgiving Day Parade has been around since 1924, so yea, it’s got lots of secrets 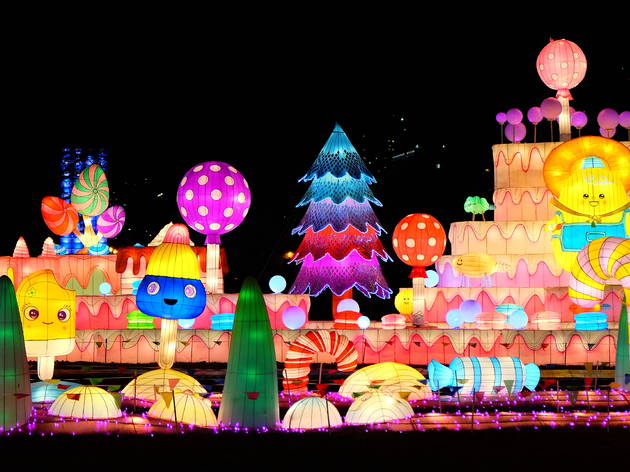 You might be sticking around NYC for Thanksgiving this year, but don't worry, it has its many perks! Instead of the hustle and bustle of traveling use this time to visit New York’s iconic ice-skating venues like The Rink at Rockefeller Center and take in its incredible holiday lights displays (there are plenty this year!). Plus, you can get in the Christmas spirit while Black Friday shopping or wandering around NYC’s wonderlands like the Bryant Park Winter Village. Follow our agenda below to optimize your time off with the best activities to do before and after your turkey-filled feast. RECOMMENDED: A full guide to Thanksgiving in NYC 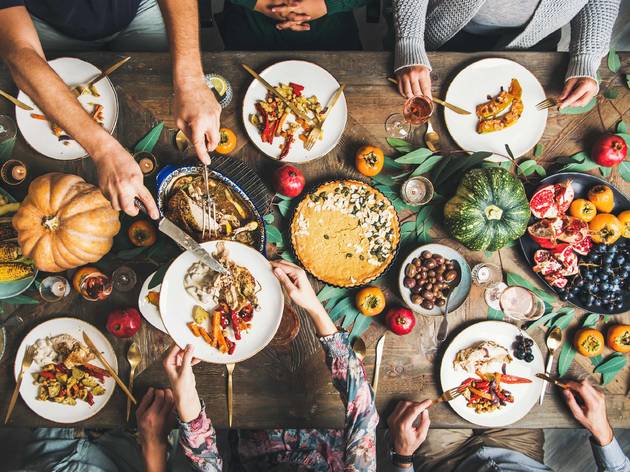 Thanksgiving in NYC is going to look a lot different this year, especially with the mayor asking New Yorkers to stay at home and the Macy's Thanksgiving Day Parade taking on a different format, but it's still possible to have a memorable Turkey Day. Whether you’re just in town for the long weekend or a Gothammite trying to make the most out of your days off, there are plenty of epic things to do this fall in NYC. If you want to get ahead on your Christmas or Hanukkah gift-buying, take advantage of the slew of holiday markets going on or wander around the city to see the most stunning Christmas window displays and stop in to shop!   RECOMMENDED: Full guide to the best things to do in the fall When is Thanksgiving? Thanksgiving is held on the fourth Thursday in November. This year, Thanksgiving falls on Thursday, November 26, 2020. Video: Nine things you didn't know about the Macy’s Thanksgiving Day Parade 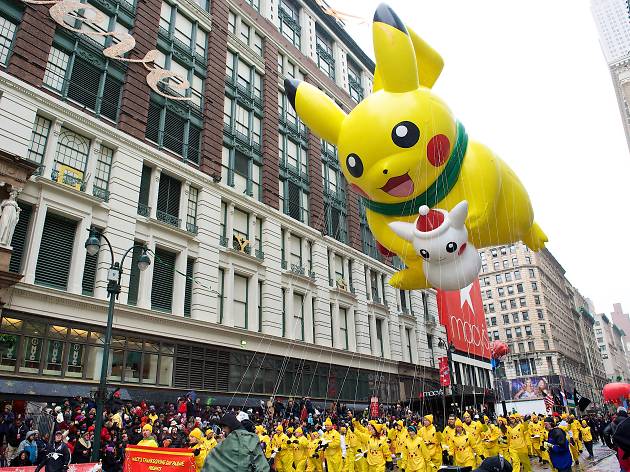 Some of the best things to see during the city’s beloved Thanksgiving Day procession are the giant Macy’s Parade balloons. Since the Macy’s Thanksgiving Day Parade is one of Gotham’s best New York attractions during the holidays, we decided to include images of our favorite pop culture balloons over the years—but that’s not all! Below, you’ll find all the information you need to know in order to watch the inflation of the balloons on Thanksgiving eve. It’s one of the best things to do in fall here, so bundle up and get a sneak peek of the balloons before showtime. Make sure to check out our NYC events in November page for more holiday entertainment. RECOMMENDED: Full guide to Macy’s Thanksgiving Day parade Which Macy’s parade balloons will I see this year? This year, you will see giant balloons of pop culture characters including the Pillsbury Doughboy, Pikachu, Red Mighty Morphin Power Ranger, Ronald McDonald, Charlie Brown, Diary of a Wimpy Kid, Flying Fish, the Universal Nutcracker, Sinclair’s Dino, Paw Patrol’s Chase, The Grinch, Super Wings’ Jett, Olaf from Frozen, Spongebob Squarepants, Toothless of How to Train Your Dragon, Dreamworks Animation and Universal Pictures Trolls and several Macy's star balloons in different colors. The new balloons for this year include Netflix's charming elves Fleck, Bjorn, Jojo and Hugg of The Christmas Chronicles, Goku of the Dragon Ball anime series, Macy's Sunny the Snowpal and Macy's Americana Spheres.  Can I watch the inflation of the Macy’s parade balloons? Are you itching to see the Macy’s Parade balloons come to life? You totally can! The inflation of the balloons takes place on Thanksgiving eve, and you can watch them grow in plain sight. Where can I watch the inflation of the Macy’s parade balloons? The ginormous balloons are inflated around the American Museum of Natural History (77th and 81st Streets, between Central Park West and Columbus Avenue) starting Wednesday, November 21 from 1 to 8pm. The best public viewing area is at 77th Street and Columbus Avenue. 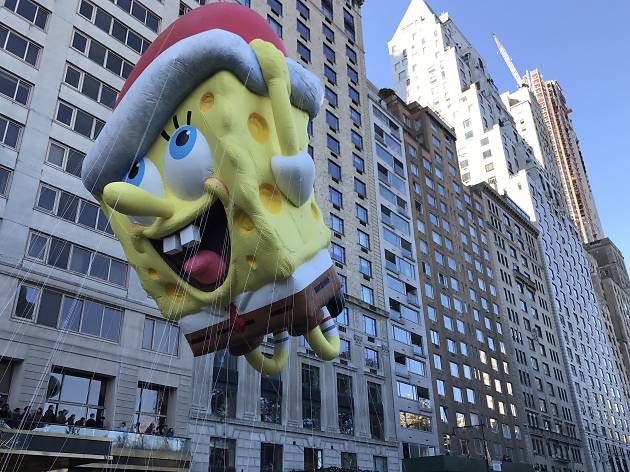 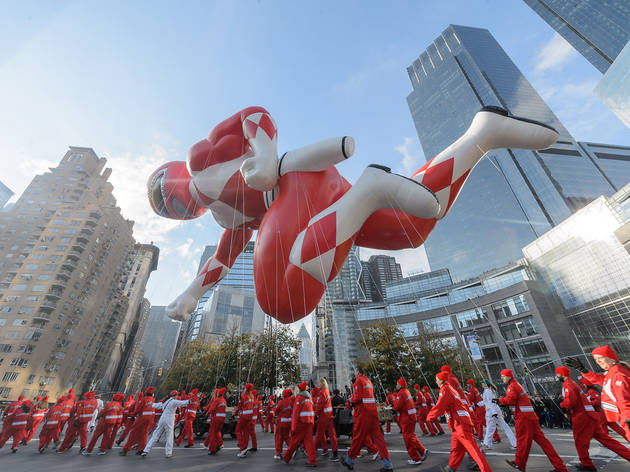 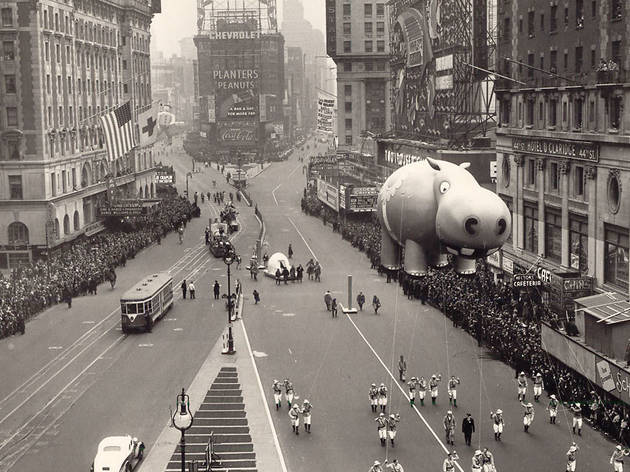 Check out vintage photos of the Macy’s Thanksgiving Day Parade 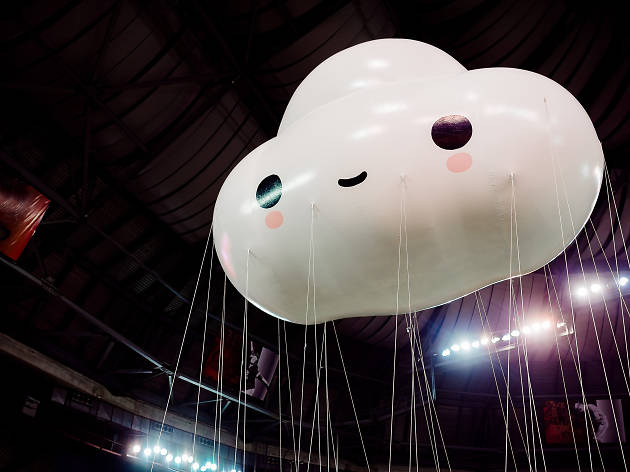 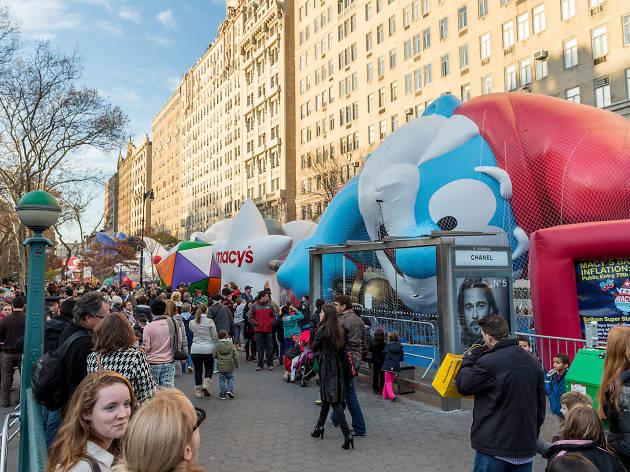 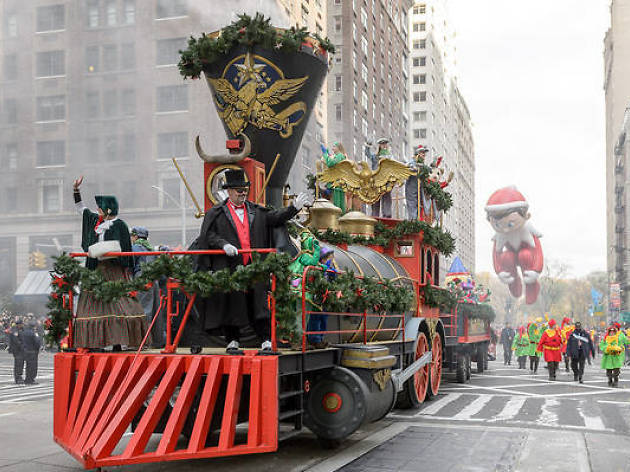 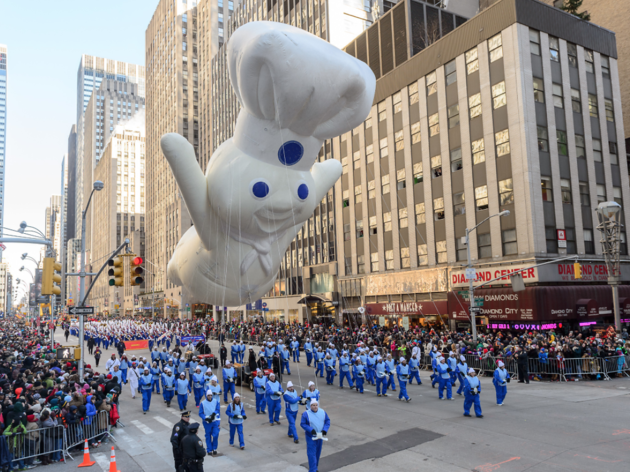 More from Thanksgiving in NYC guide