Bars Neutral Bay
3 out of 5 stars 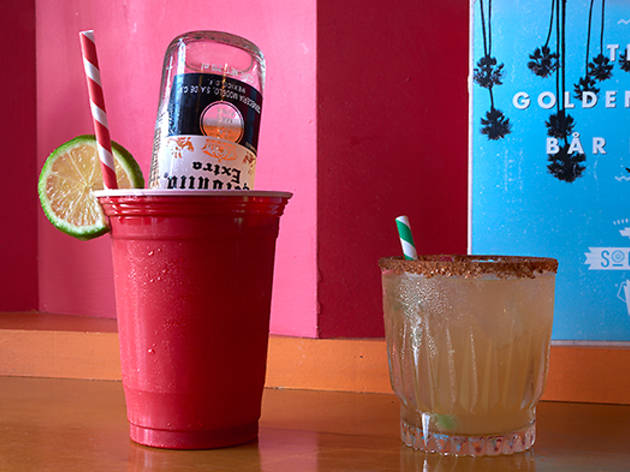 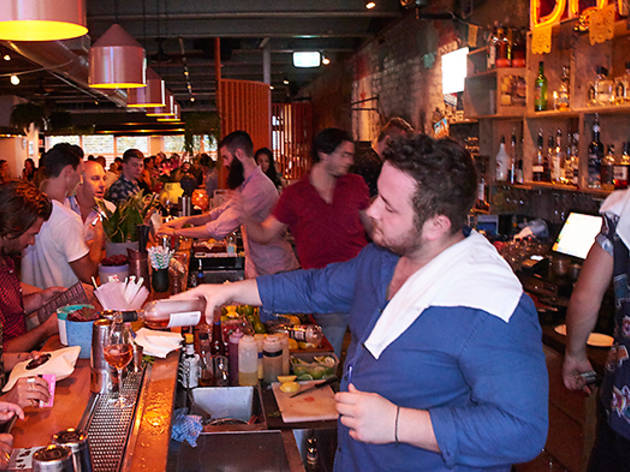 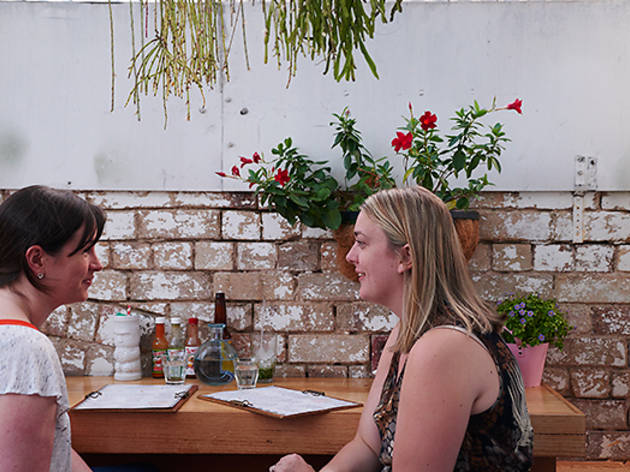 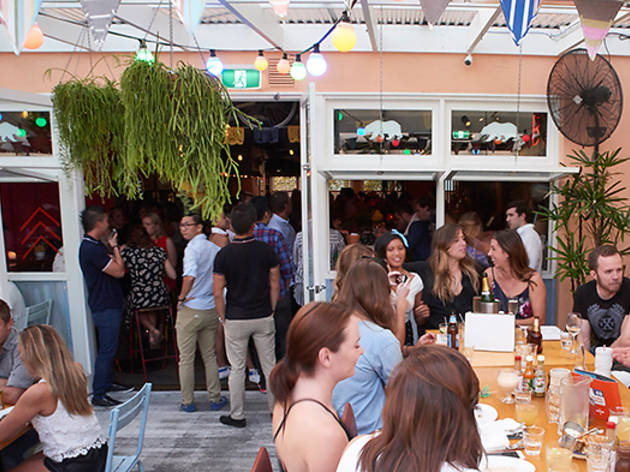 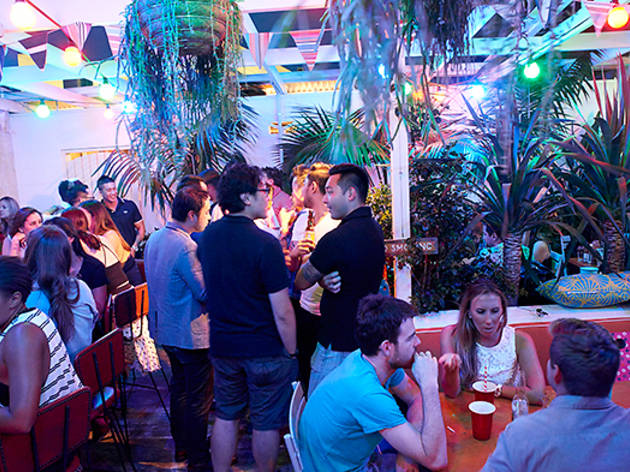 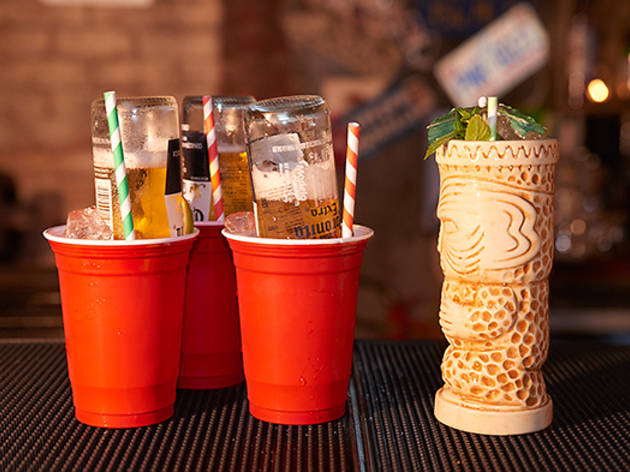 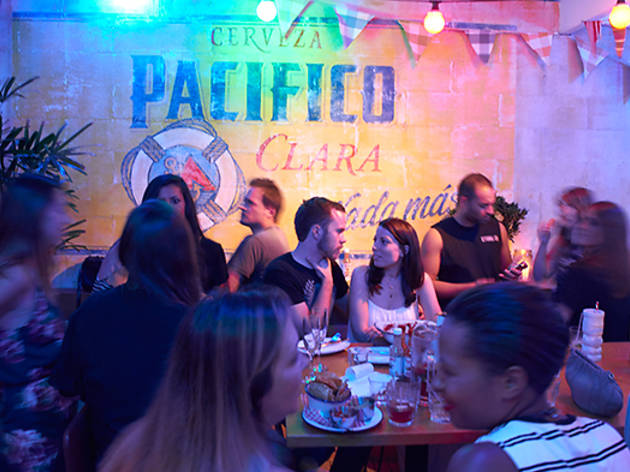 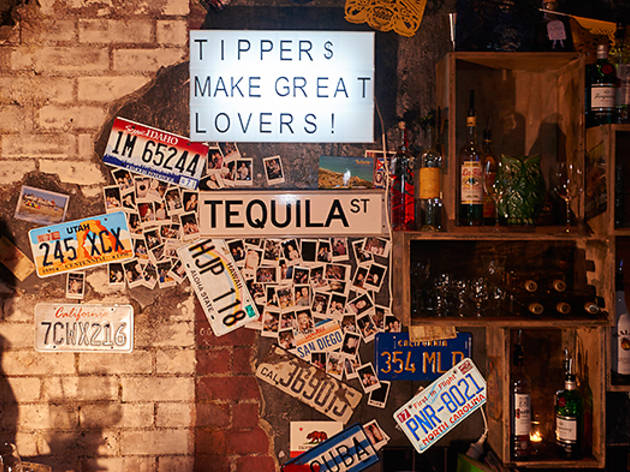 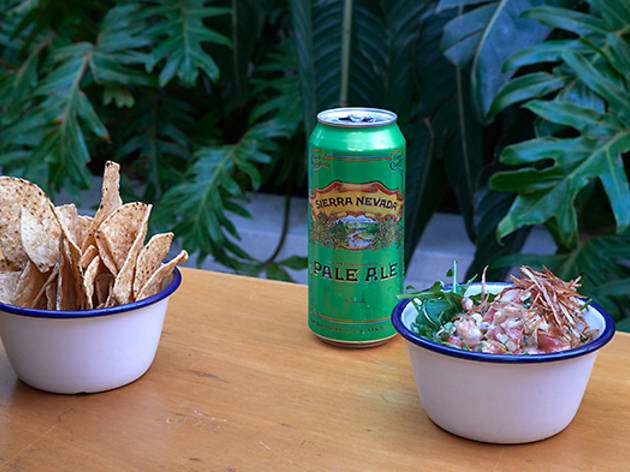 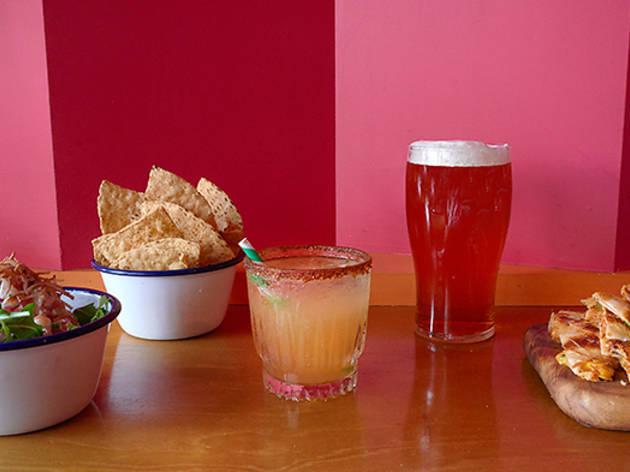 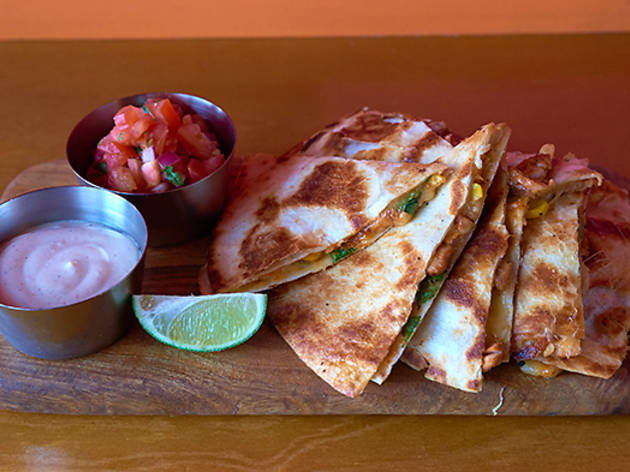 Update: SoCal will open again on June 22. For the first days of trading, until June 24, SoCal will operate as a taqueria, serving up tacos, guacaole, black corn tortilla chips, anddelectable churros with dulce de leche sauce. All customers' meals will be 'on the house' – you'll just be asked to pay as much as you feel. All money collected will be pooled and shared amongst those returning employees who weren't eligible for the JobKeeper scheme.

Sunny surf energy, Californian food and a touch of fiesta have all found their way to a private deck on Young Street, giving Neutral Bay’s newest rooftop bar a charming holiday narrative. And though there isn’t a body of water in sight, that hasn’t stopped Applejack Hospitality (the team behind Bondi Hardware and the Botanist) going full seaside on the SoCal fit-out. Palm trees and hanging plants, a coastal paint palette and coloured festoon lighting channel cool, carefree Venice Beach vibes. The energy is festive, but controlled and as the sun sets on a Thursday evening, we snap up the last table. Service is quick and bubbly, and in the packed bar, our drinks order is taken in record time.

The cocktails err on the sugary side, so if you like 'em balanced, we recommend going for the smoky Chica Chipotle (chipotle-infused Reposado Tequila, Mezcal, lime, agave, and a chipotle salt rim) rather than the too-sweet Piscolicious SoCaldelicious (Pisco, white tequila, passionfruit, lime, sugar, peach bitters, and egg white). They’ve also got eight American and Mexican beers in the fridges, so you can avoid the sweet stuff entirely by cracking open an Anchor IPA, a Day of the Dead porter or a pint of PBR in a can.

The bar snacks are ace. There’s plenty of predicatable American tidbits – sliders and chipotle mayo’d tater tots are both on the menu – along with the expected: stuff like tacos and quesadillas. Of course, when we're in beach holiday mode, what we really want is seafood – and that's where SoCal doesn't disappoint. The snapper ceviche is kept light and fresh with nods to South East Asia in the cucmber and chilli. It comes with ample corn chips so you can spread this dish between two.

If you’ve recently had a leave blowout and are already itching for another getaway, SoCal is a damned good scratching implement. Take a dip on one of Sydney’s northern beaches and then make a pit stop for a Pacifico and a serve of ceviche. I's a teeny-beachy mini-break, any time you want it.