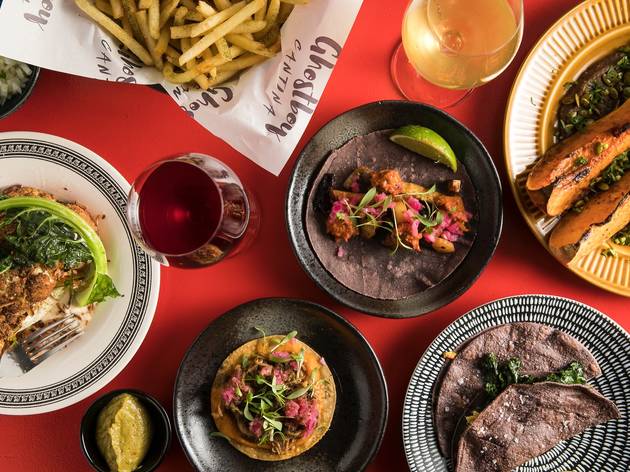 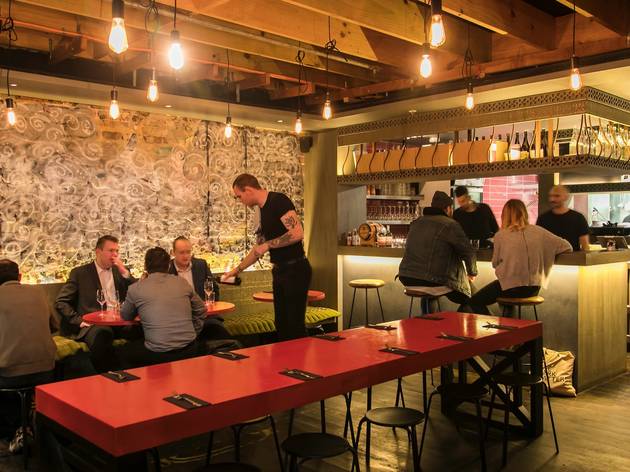 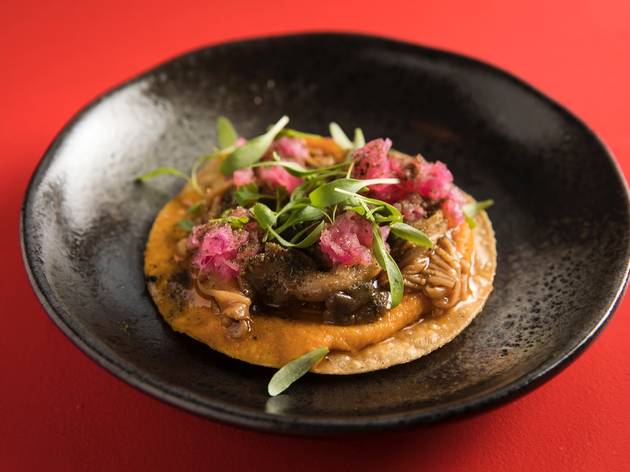 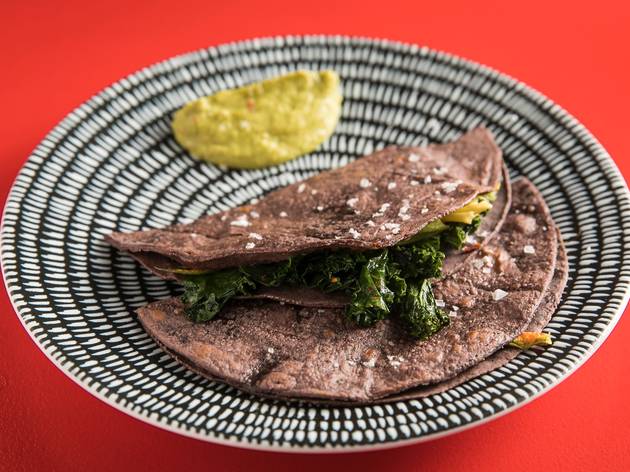 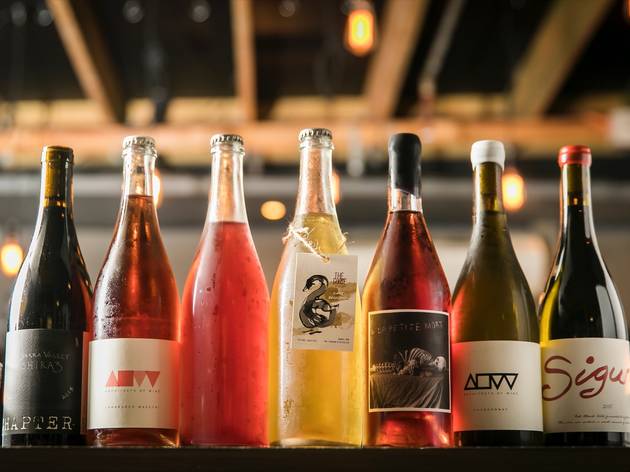 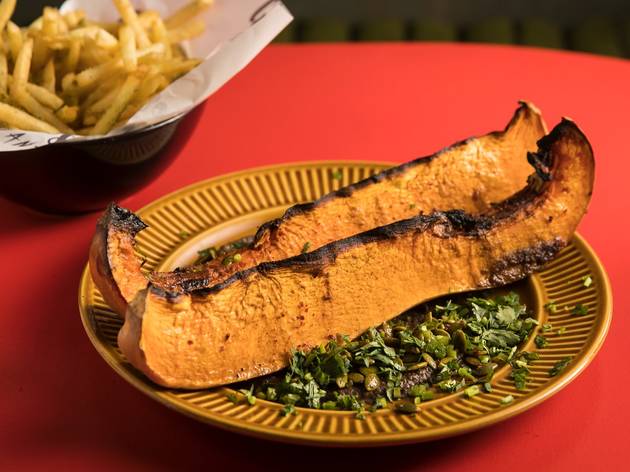 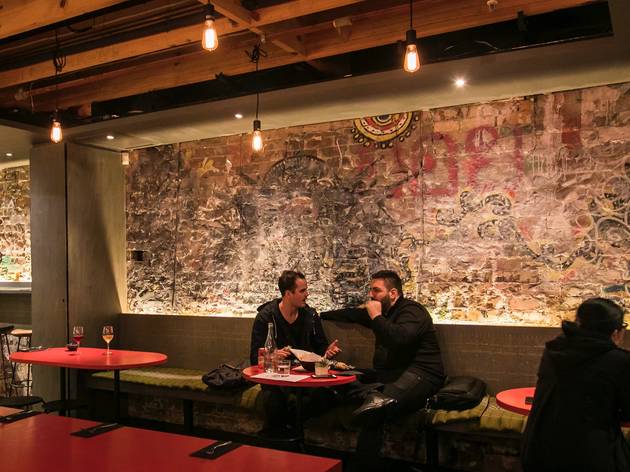 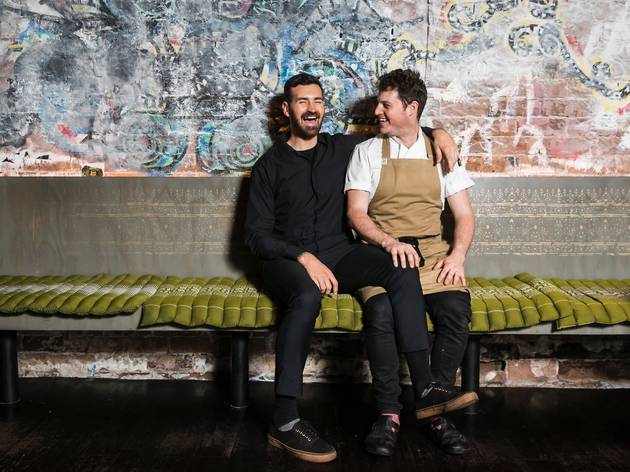 It’s an animal-free 1980s party up in Surry Hills

Anyone who thinks vegan can’t be fun needs to both update their opinions from 1998 and also get to Bad Hombres, stat. What started as a Mexican Chinese mash-up from Toby Wilson (Ghostboy Cantina), Sean McManus (Neighbourhood Surry Hills) and Jon Kennedy (the Sandwich Shop) with a 60 per cent veg-powered menu has now gone the full vegan and we’re into it.

Snacks, tunes and booze are the key elements to a good time and these guys are rocking one of the best house-party playlists in town. We clock an ’80s glory run of Culture Club’s ‘I’ll Tumble 4 Ya’, Farnsie’s ‘The Voice’, Fine Young Cannibals’ ‘She Drives Me Crazy’, Dexys Midnight Runners ‘Come on Eileen’ and the Outfield’s classic ‘Your Love’. Seriously, this is an A-grade ’80s playlist and it can be yours – just look up Zangers on Spotify.

On the booze front, they’re rocking a fruity, funky, smash-tastic line-up of local natural wines that changes all the time – small batch production means they can only get it by the case from the vineyards ­– so maybe the tropical-fruits-in-the-sun pet nat from Pyren Vineyard’s Little Ra Ra is all poured out. There’ll be something else equally refreshing to start you off. Can’t quite commit to the full bottle? These guys also do carafes of everything, so you get a second go at Tom Shobbrook’s grenache rosé that balances a little savoury funk with soft fruits. There’s around a dozen wines on the list at any time and not one disappointed us so far – order with confidence.

There’s no glowing vegan sign or mandala to indicate that this is a plant-preferred establishment. In fact, it still kind of looks like a modern Thai restaurant in many ways (which it used to be) thanks to the crimson detailing, painted brick and shiatsu cushions along the benches. But the kitchen is sporting an accent of its own making, pairing Chinese pancakes with a whole, deep-fried head of cauliflower, cashew cream and punchy herbal support from salsa verde and fresh coriander.

Start with a quesadilla of dark glistening kale and zucchini flower harbouring a polite amount of chilli heat and an extra limey guacamole. There’s the crunch, squish and squeak of an extra crisp and distinctly corn-flavoured tostada with sweet creamy kumara puree as a sauce, and a silky tangle of Japanese mushrooms on top. Blue corn tortillas carry the deep, underground flavours of Jerusalem artichokes and artichoke puree to your face, only wanting an extra lime cheek to squeeze some pep into the earthy veg. Maybe this week it’s a roasty, caramelised parsnip taco with satay, lime and pickled diced onion – next week it’ll be whatever is market fresh.

Wilson was into the challenge of writing an entire menu based on vegetables, and uses pink pickled onion, lime and herbs as weapons of levity that he applies with astonishing accuracy, making undersung veggies the heroes of your evening.

Anyone who tells you that plant-based dining doesn’t know how to party has not been to Bad Hombres yet. Sucks to be them.