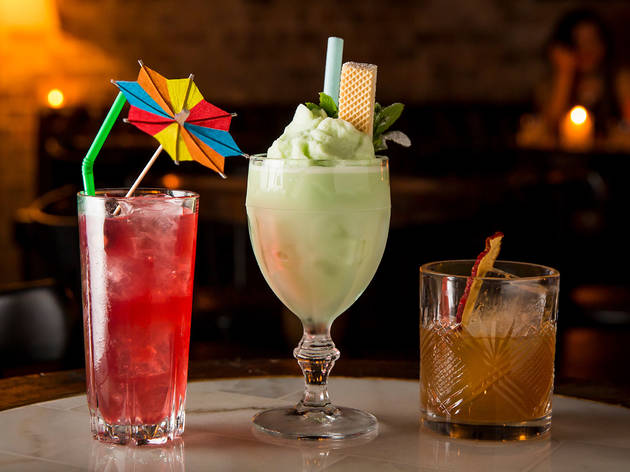 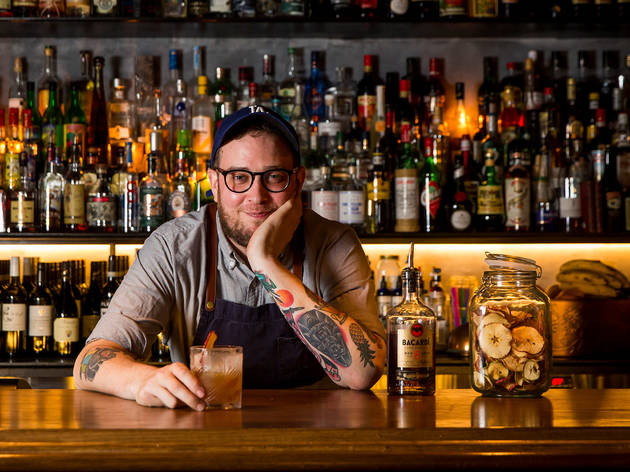 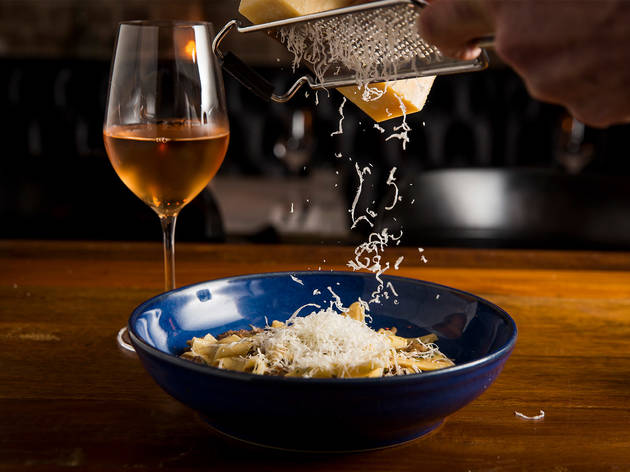 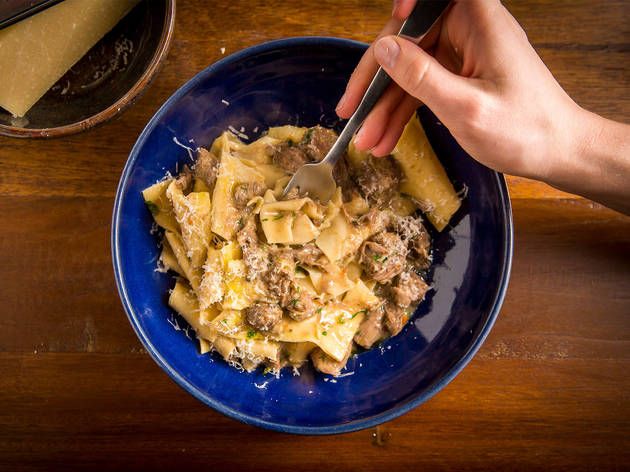 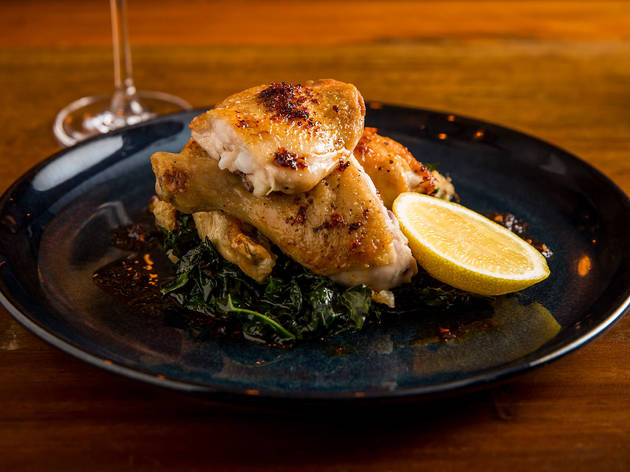 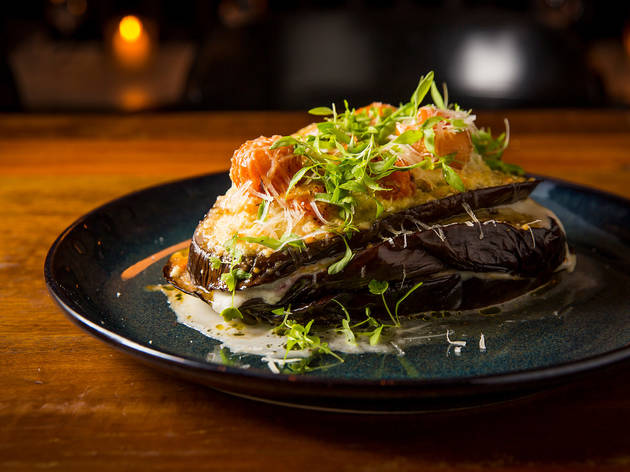 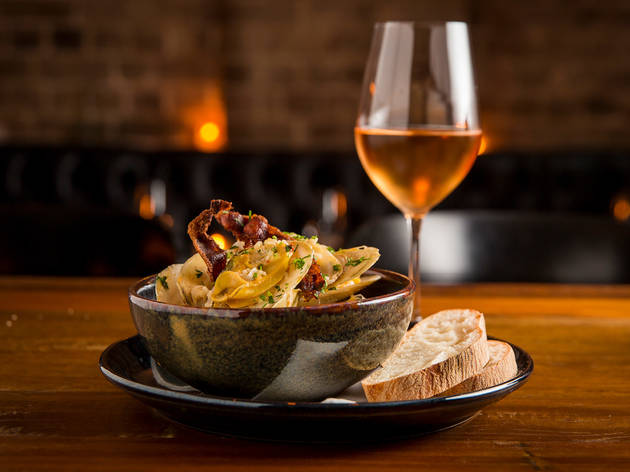 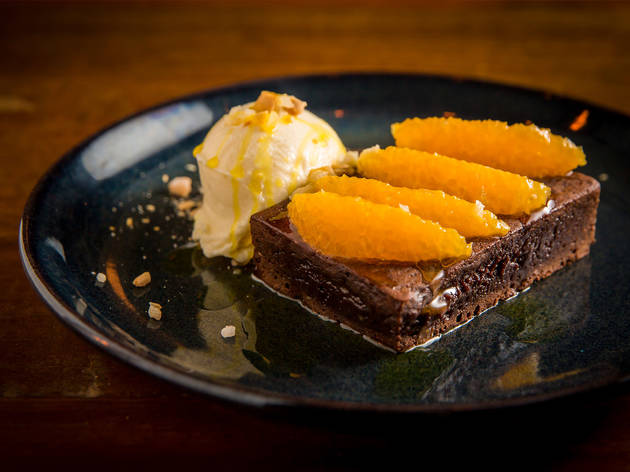 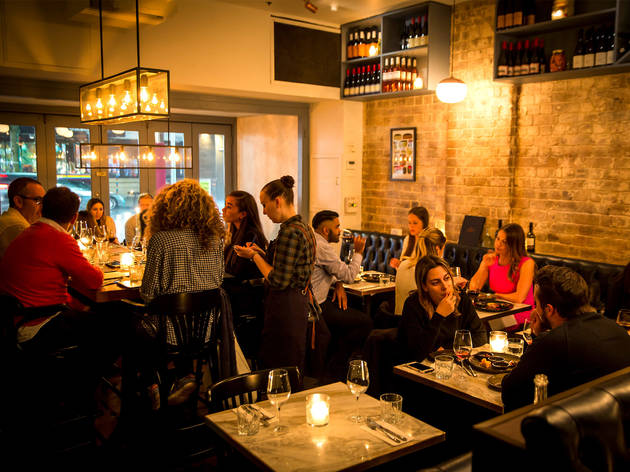 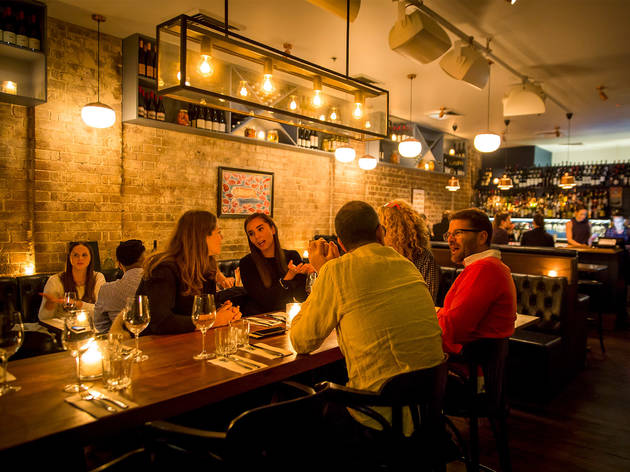 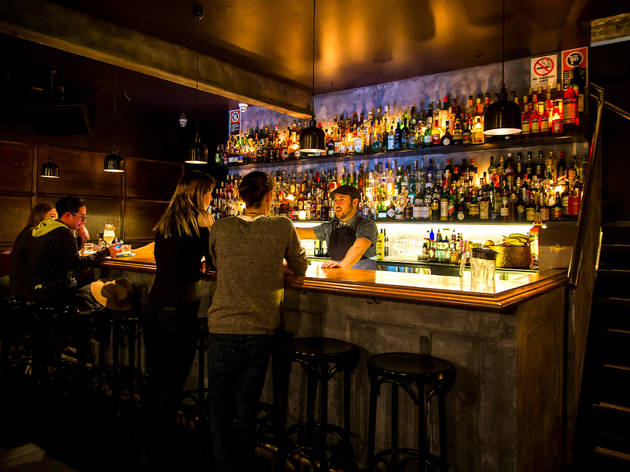 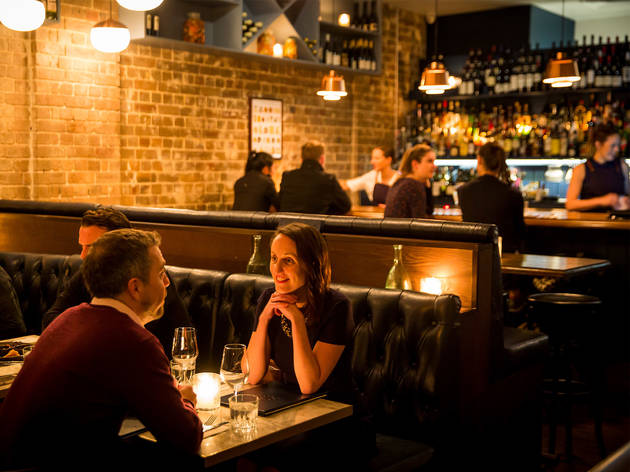 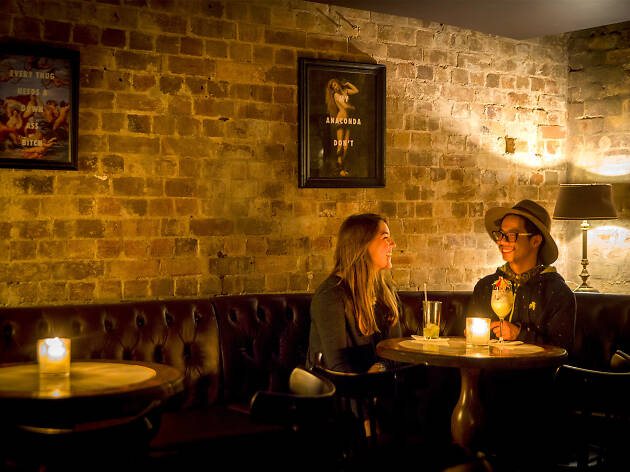 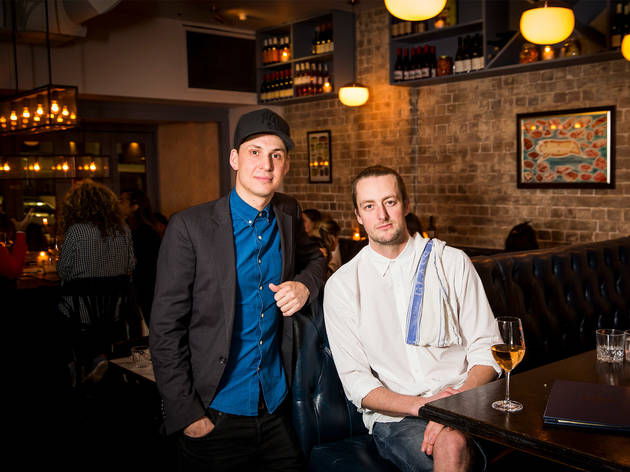 Sydney bar royalty have opened a restaurant on Oxford Street. But have they pulled it off?

Where can you go and eat a full, delicious restaurant menu until 3am every night of the week? Nowhere in Sydney, right? Wrong. Big Poppa’s has opened on Oxford Street, just across the road from celebrated late night snackeries Mr Crackles and BL Burgers, and let us tell you this: those guys have got some serious competition.

It’s owned by Lewis Jaffrey (ex-Baxter Inn) and Jared Merlino (ex-Lobo Plantation), with a bar managed by Earl Juke Joint’s famed Irish bartender, Bobby Carey. There is a little restaurant upstairs at street level, which is all dark wood and classic feels, then downstairs there’s a moodily-lit bar that’s almost double the size. The bar feels Baxter-y – but with lots of intimate, candlelit tables (not dissimilar to Hubert) but the noise levels are far friendlier than Baxter, even with the hip-hop beats (the restaurant is named after Biggie Smalls, aka Big Poppa) – here you can actually have a conversation.

Upstairs it’s a different story though; it is seriously loud. So much so that at our tiny table for two, we strained and shouted at each other, and still couldn’t really hear. That ceiling looks awful bare – some acoustic panelling wouldn’t go amiss.

The food is Italian and comes from chef Liam O'Driscoll, formerly of Pendolino. Start with the vongole: soft little nubbles of oceanic purity. They’re tossed in a broth of white wine with spicy 'nduja, salty guanciale and a spattering of fregola that soaks up those gorgeous juices. The bowl of lamb ragù with handmade pappardelle is pure comfort food: soft hunks of meat amongst long curls of pasta, served with as much parmesan as you damn well like, grated at table. And speaking of cheese, the baked eggplant is a cheese extravaganza.

A free-range, pan-roasted half-chook comes broken up and on the bone with buttery braised fennel, crisp cavolo nero and a lemon cheek to balance out the richness. The chicken hasn’t been brined but skill in the kitchen has seen (most of) it cooked to luscious tenderness.

But all of these dishes pale in comparison to the ridiculously delicious dessert. A budino is a traditional Italian custard but here it’s more like a rich, warm, moussey, chocolate orange brownie. It’s served with vanilla gelato and a crunchy rubble of caramelised almonds, sour segments of tangelo and a trickle of blood orange olive oil. We thought we were full but managed to finish this in minutes, it’s that good.

This place isn’t perfect. The pasta could be thinner, the bread we get with the vongole is dry, and the Amaranti Sgroppino cocktail we order tastes like a watered-down Slushie. When we ask why it is white rather than pink (the menu states it’s made with raspberry sorbet) we’re told that they made it with lemon sorbet instead, despite, they say, having raspberry sorbet available. So, just for the fun of it then? Not ok – we send it back. Luckily, the cocktail we have downstairs, a rum and spiced apple-based Winter Solstice is perfection: not too sweet, punchy and pure. The wine list is interesting, but not extraordinary, and both the Squid’s Fist Sangiovese/Shiraz red and Marco Polo pinot grigio wines are, although natural, comfortable rather than challenging.

But, the place is heaving by 7pm (no bookings, early birds). You can hang out downstairs on a limited menu (try the cheese plate) or stay upstairs and have a full-on feast. Wherever you go, you can, until the wee small hours, have a beautiful feed in an inviting, cosy interior, with service that is educated and warm. Where else can you do that at 3am on a Monday?