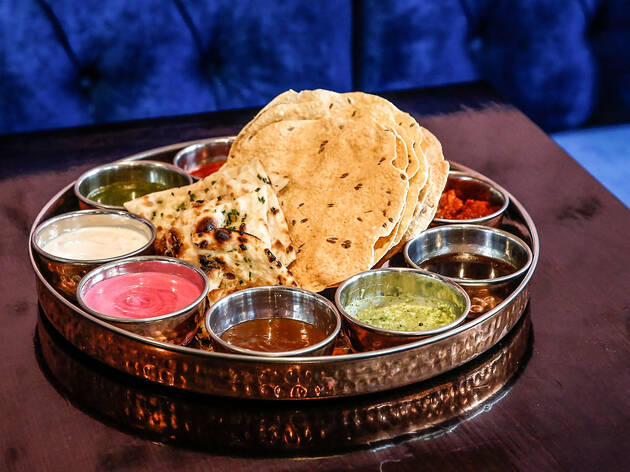 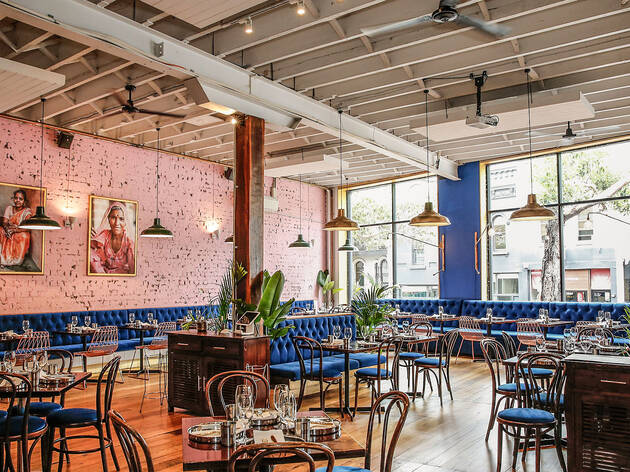 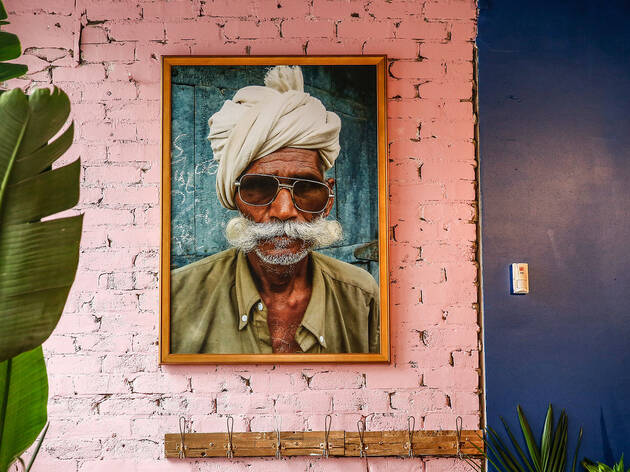 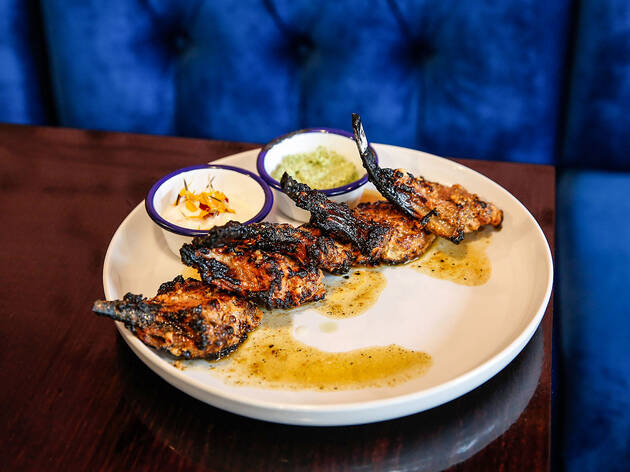 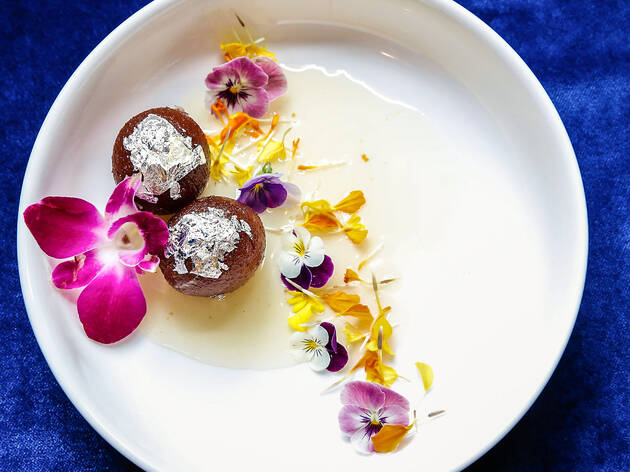 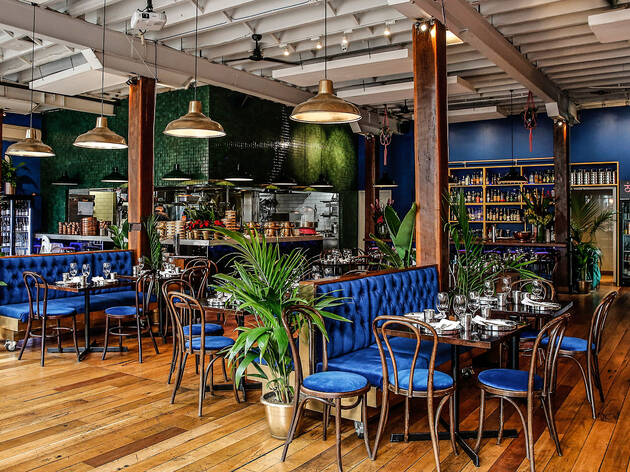 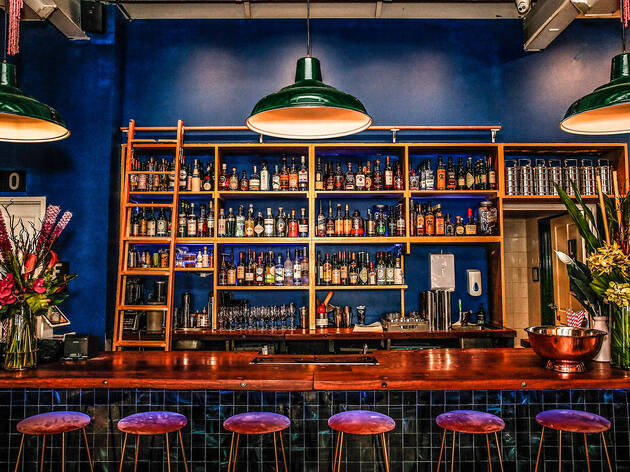 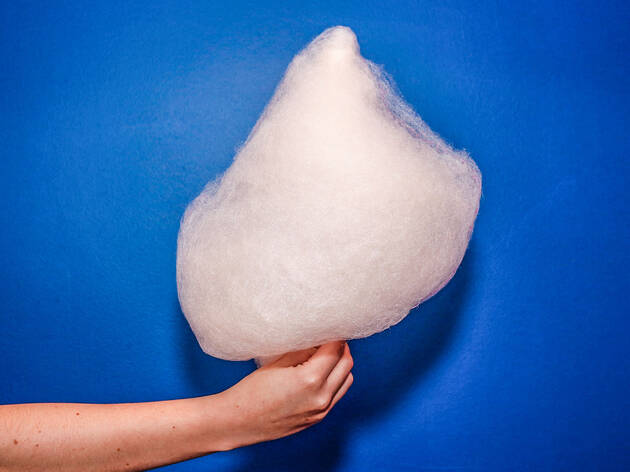 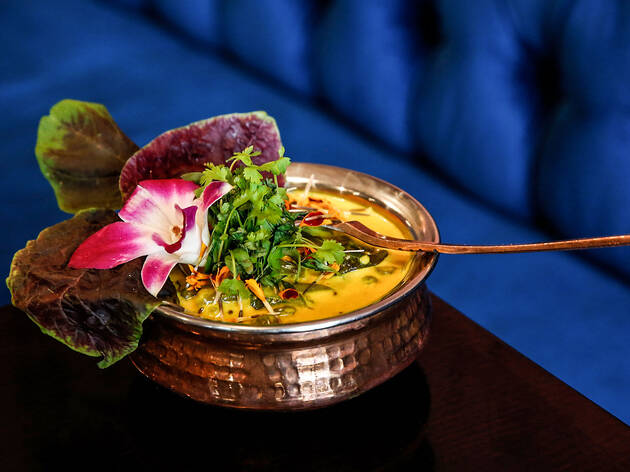 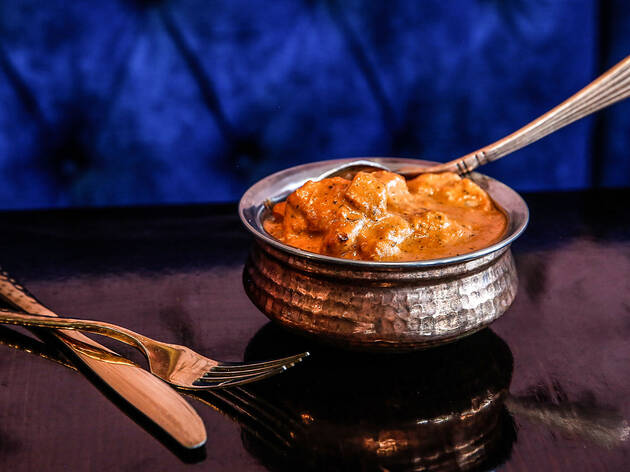 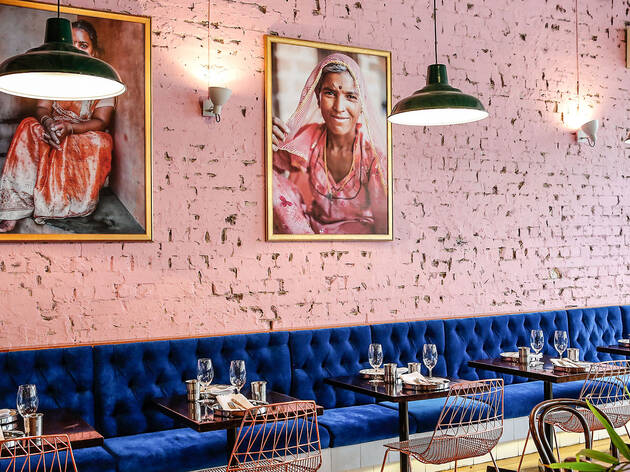 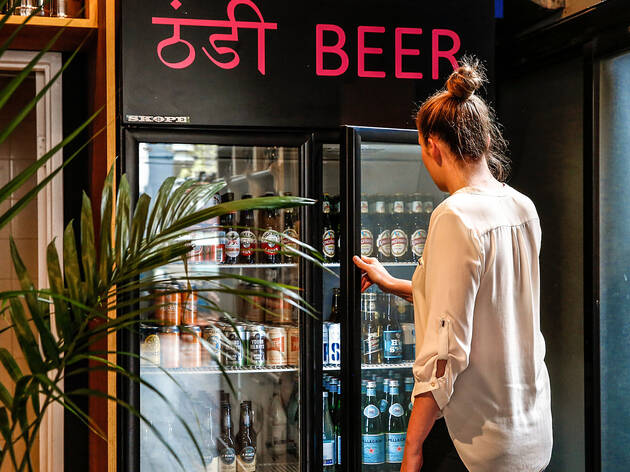 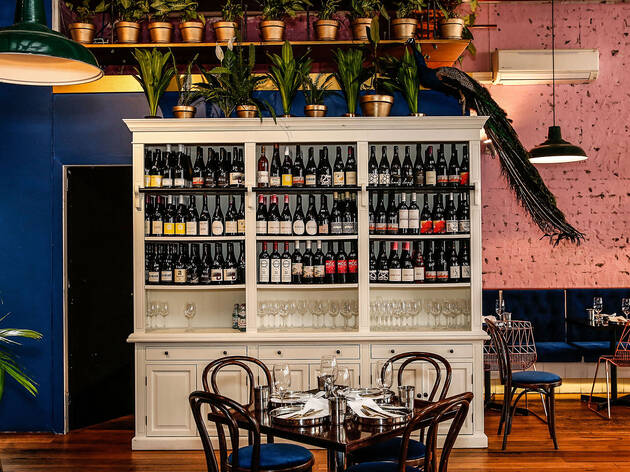 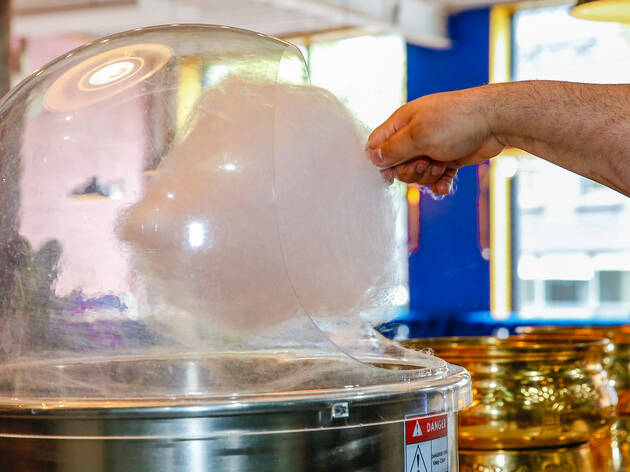 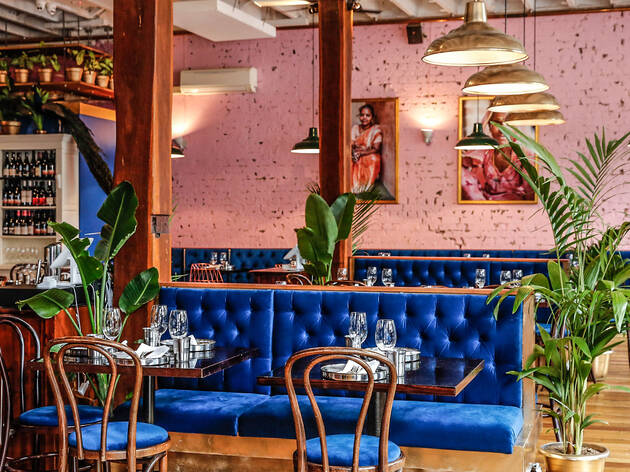 The name is a plea, the guilty request of someone who doesn’t want their mother to know they use bottled Napoletana in their pasta or pre-made curry pastes for their laksa. But Don’t Tell Aunty, the spacious mod-Indian diner that has taken over the former 4Fourteen site on Fitzroy Street in Surry Hills, is not so much using shortcuts as they are ignoring tradition with their menu of jazzed up curries, meats from the tandoor and upmarket snacks inspired by the subcontinent. This is the first Sydney venue from chef Jessi Singh, who was behind Horn Please and Babu Ji in Melbourne before taking his mod-Indian fare to the US and back again.

It’s a dark art getting the carb-to-dip ratio right in any cuisine, and here a platter of dips, pappadums and naan needs more of the carbs. That’s because they play a strong hand at condiments, letting your flit between a sweet tamarind chutney, a house-made hot sauce, and a lime pickle that is exactly as potent as you expect. There’s also something minty, something creamy, and a lurid pink beetroot number. It’s like painting by numbers but with your mouth.

Here, butter chicken, the widely accepted yardstick of Indian dining, errs on the side of mild, thick and creamy – it lacks the liveliness you expect from something thick with ginger and garlic. A fish curry draws inspiration from the coastal flavours of southern India, a very good gateway dish for people who are not spice fiends but can appreciate the mild aromatics of curry leaves and coriander.

Aussie lamb chops take the blue ribbbon with mouthfuls of juicy, tender meat, packed with enough cumin to flavour the Spice Garden of India and bearing smoky char along the rib bone like flavoursome epaulettes. The tandoori chicken on the neighbouring table smells so good we are forced to lean over and enquire further. Next time.

Staff seem to have taken cues from the helicopter parenting handbook – we are checked in on a lot. Too often. But there are other things to like, such as the self-service beer fridge, the classic syrupy galub jamun with silver leaf, and the fairy floss machine they have cranking on the counter of the open kitchen. You can order a big puffy pink cloud of the stuff for dessert.

That floss is actually a pretty good barometer of the restaurant as a whole: it’s colourful and a bit of fun. Inside, blue banquettes, green tiles, pink walls are lit by lots of warm, bright lights, which dim to a party vibe as the night wears on and the Indian tunes get louder. This is a very comfortable space to spend an evening, and if you visit at lunch it's only going to cost you $10 for a canteen-style meal. The tendency of Indian cuisine to be inclusive to your gluten-free and vegetarian friends also makes it a solid shout for a group hang. You’re not here for an authentic curry, but when you want a little spice, a cold beer and a silly dessert it’s bang on.