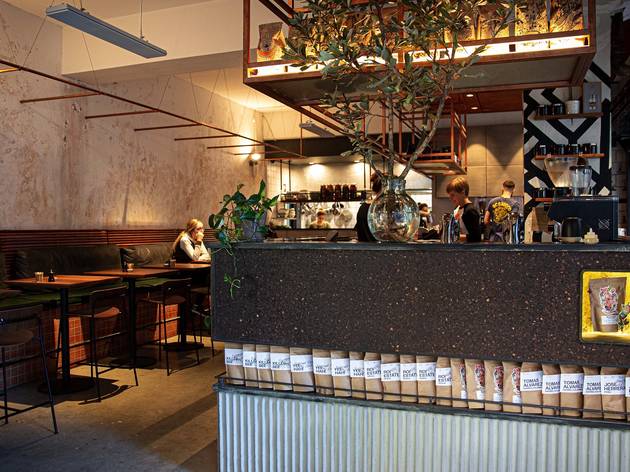 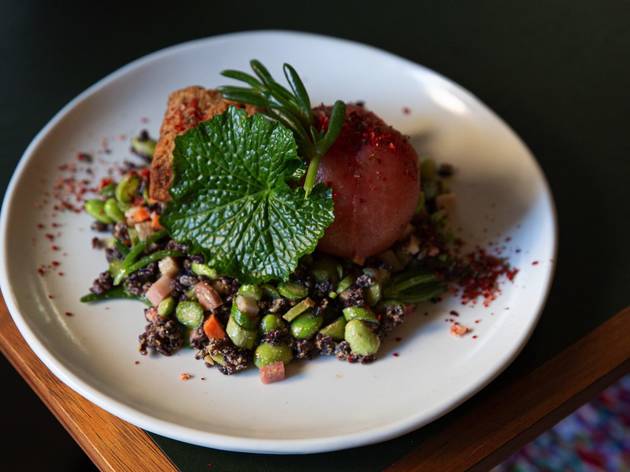 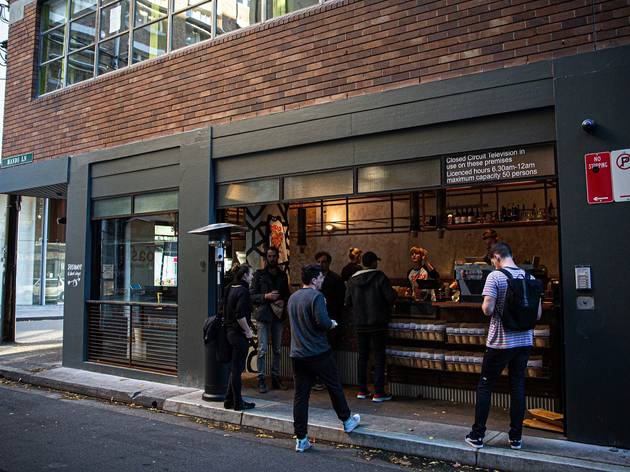 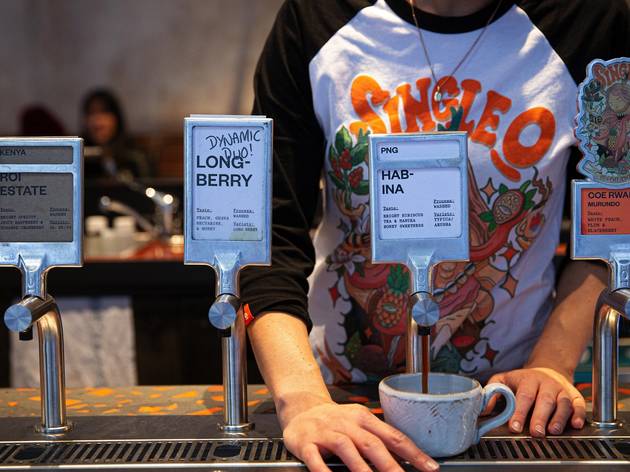 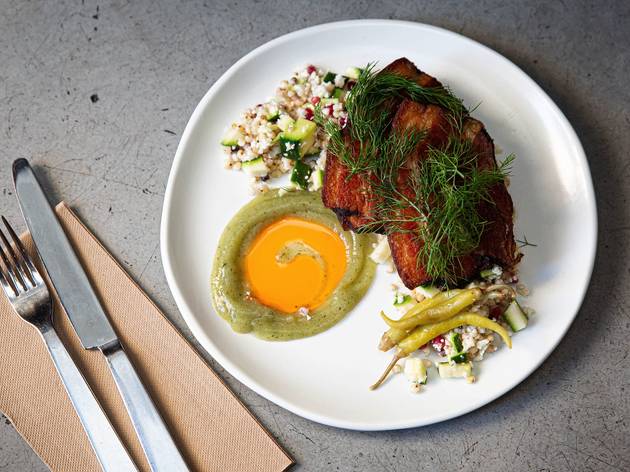 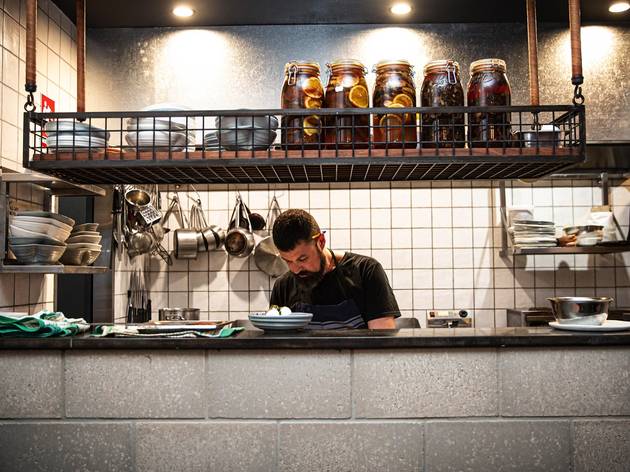 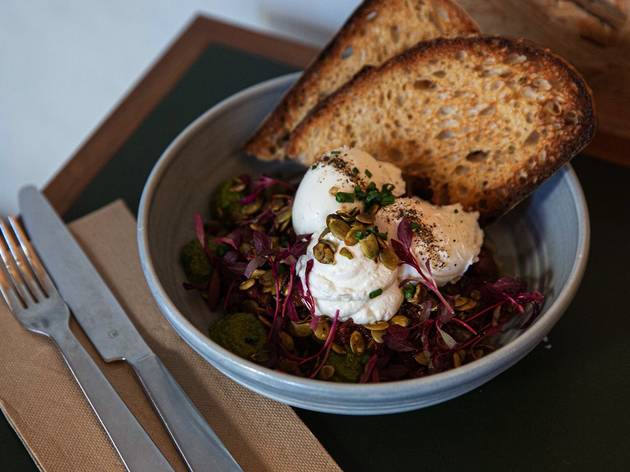 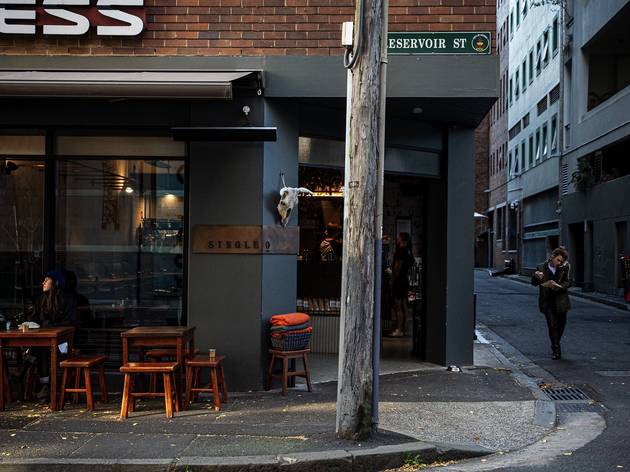 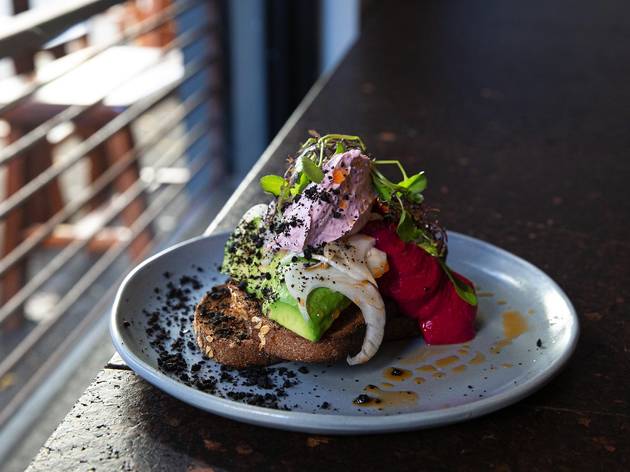 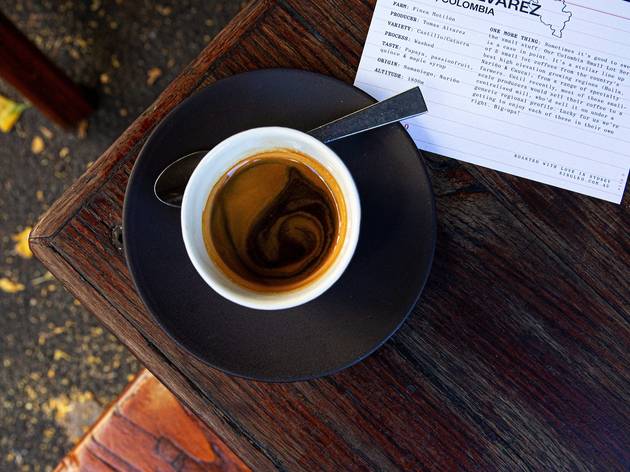 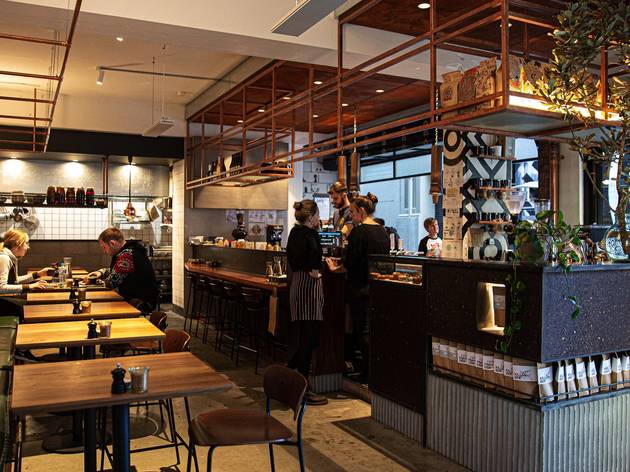 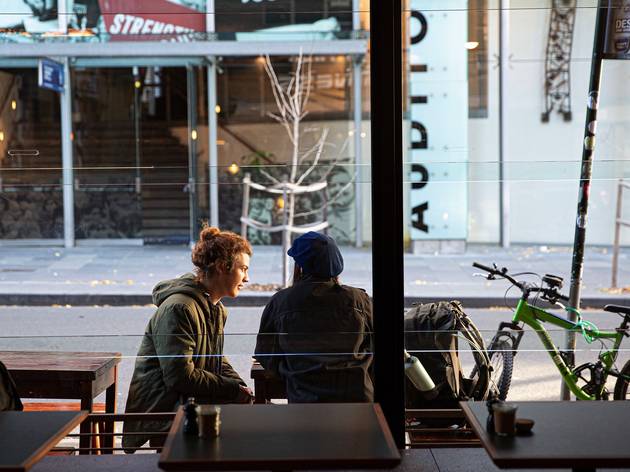 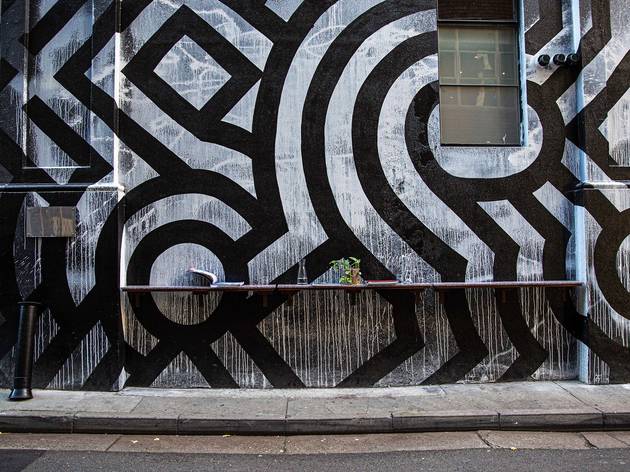 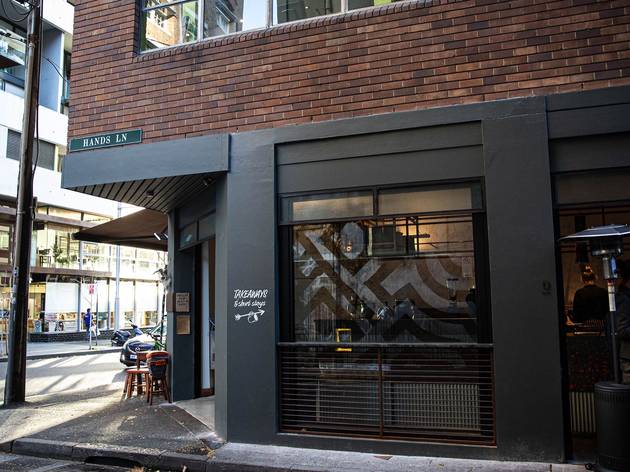 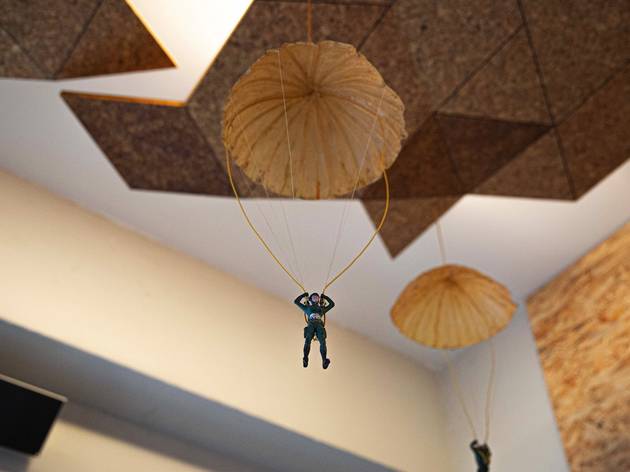 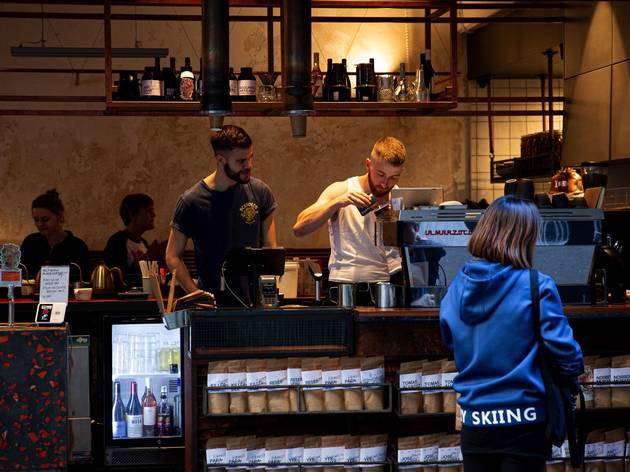 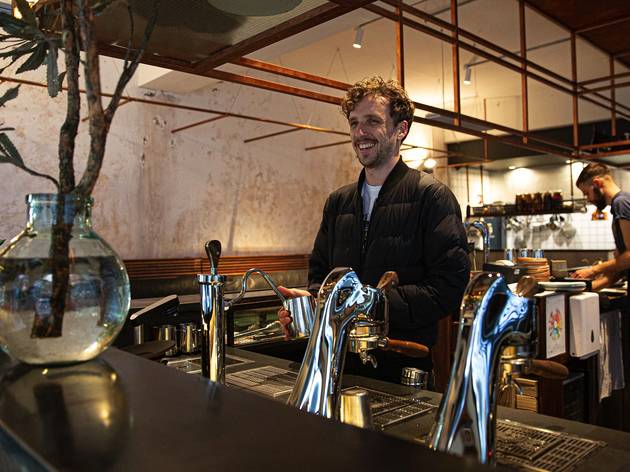 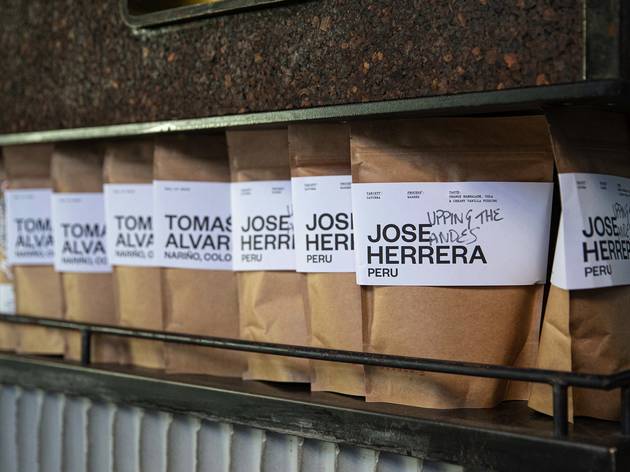 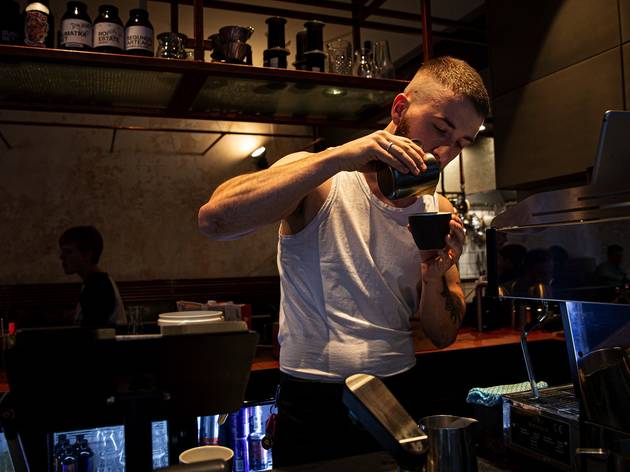 Single O knows how to make headlines. Back in 2003, single-origin coffee was very much uncharted territory in Sydney, until the brand came along and introduced us to the high-minded virtues of bean provenance and production. In the time since, they’ve built a solar-powered roastery in Botany; played an instrumental part in the creation of a milk tap system to cut down plastic bottle use that has taken off in cafés across the country; and brought us Rinsey, supposedly the world’s first DIY reusable cup washer.

This year, the trailblazing brand chalked up yet another world-first: the unveiling of a self-service batch brew bar, offering a choice of four single-origin coffees from a tap at the touch of a button. The shiny new toy’s got a shiny new home, too. Sideshow, the adjacent takeaway window, is no more, and the whole café-and-takeaway shebang now operates out of the corner space that’s been drawing crowds for 16 years.

Where there were once 11 seats and a fitout that was nothing to write home about, there are now close to 60 in total, both inside and out, as well as an overhauled interior by the hotshots at Luchetti Krelle. They’ve injected warmth and softness into the tired industrial trope with a muted palette of pleasant earth tones and a timeless collage of cork and raw concrete, greenery and gleaming copper.

The café could rest on its caffeine-fuelled laurels alone, but there’s restaurant-level ambition at play in the conception and execution of a daring all-day menu that boldly celebrates the bounty of our backyard. (You know you’re onto a good thing when Lennox Hastie, one of Sydney’s sharpest chefs, spends his lunch break here before heading back to man the flames at Firedoor down the street.)

On our table, there are charry dominoes of pork belly that have been braised in anise myrtle, and a bowl of smoky-sweet tomato and bean stew, spiked with muntries and a punchy pesto made from mint and Warrigal greens. On others, you’ll find a glossary’s worth of native ingredients, like saltbush, strawberry gum, macadamia, kangaroo and Davidson’s plum, incorporated into the likes of toasties, rolls and bowls. Even crocodile meat appears, in the form of ‘croc-ettes’.

No two ways about it, this is dressed up café fare. Yet, it’s awfully exciting to see these foodstuffs trickle down from the lofty, fine-dining heights of Attica in Melbourne and Adelaide's Restaurant Orana, and into our everyday café routine. We should be experiencing and enjoying them far more often.

As for the coffee, the espresso-based repertoire remains some of the very best you can sip in this town. We’re not entirely convinced by the batch brews on tap just yet – they’ve lacked presence and complexity on a few visits – but we’re sure they’ll figure it out. These folks always do.