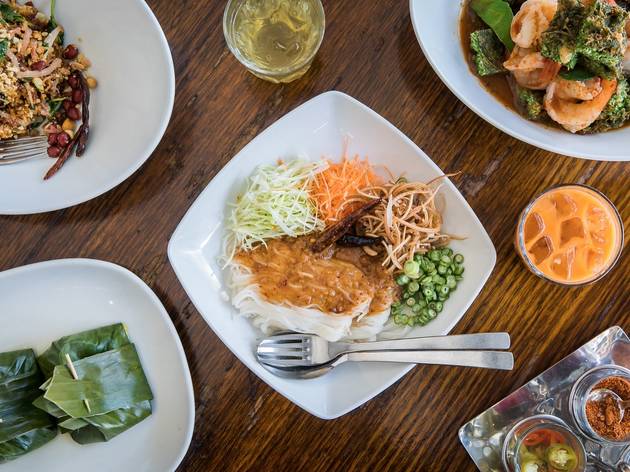 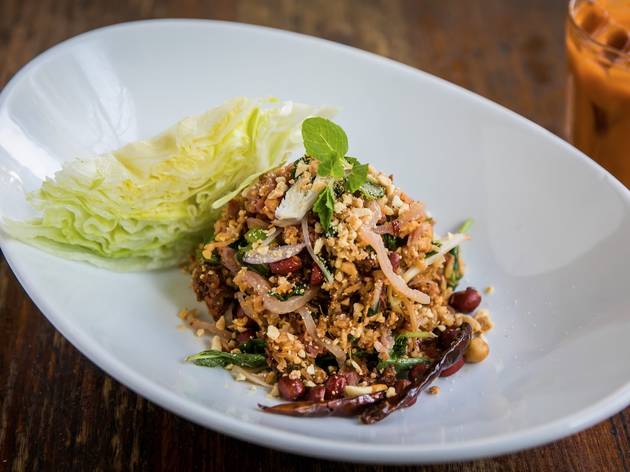 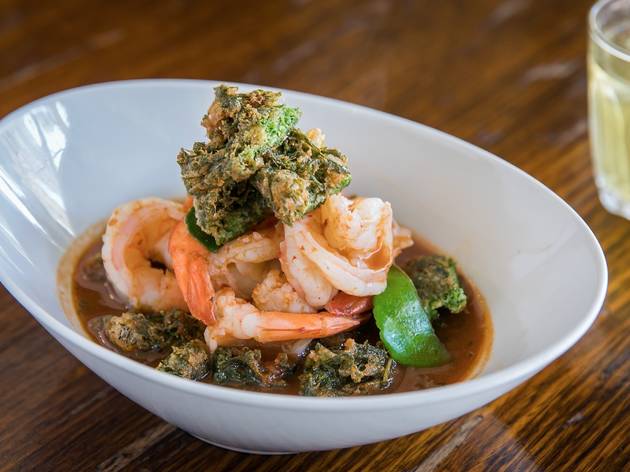 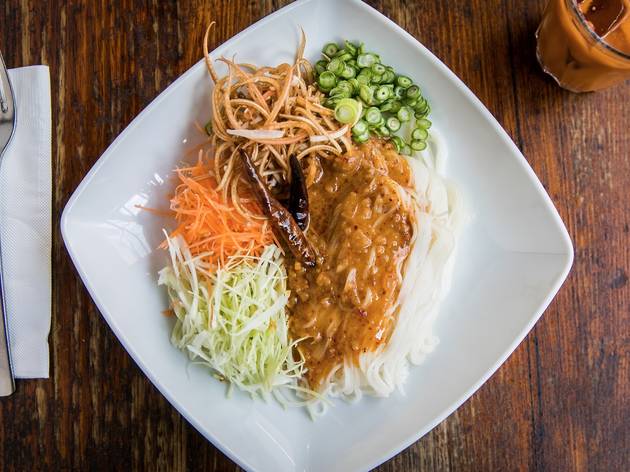 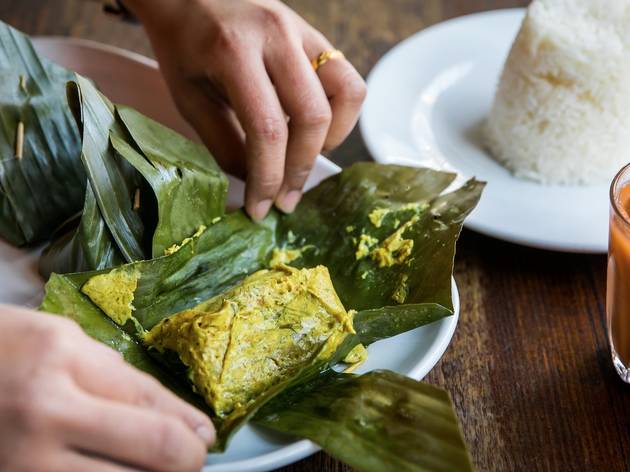 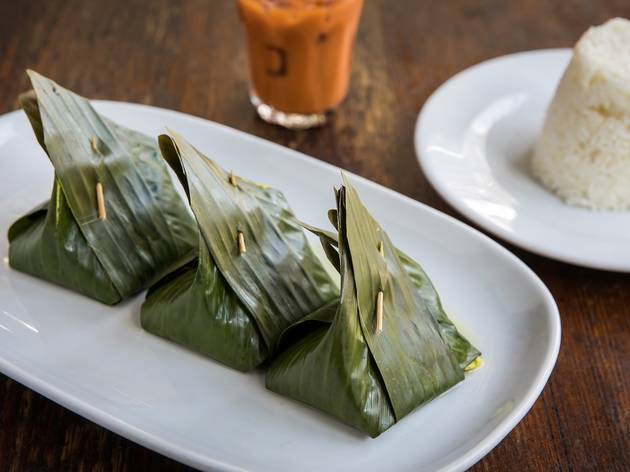 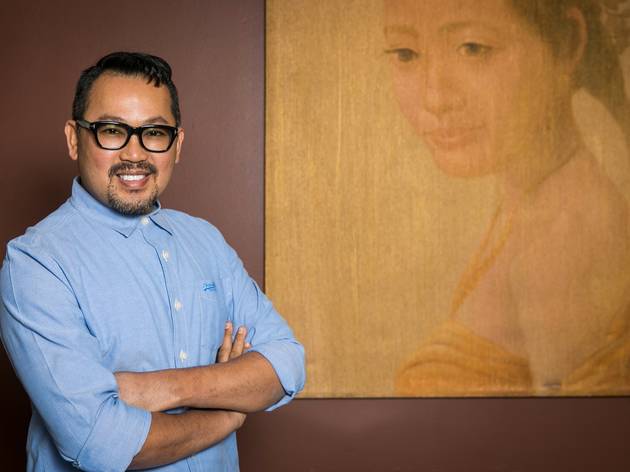 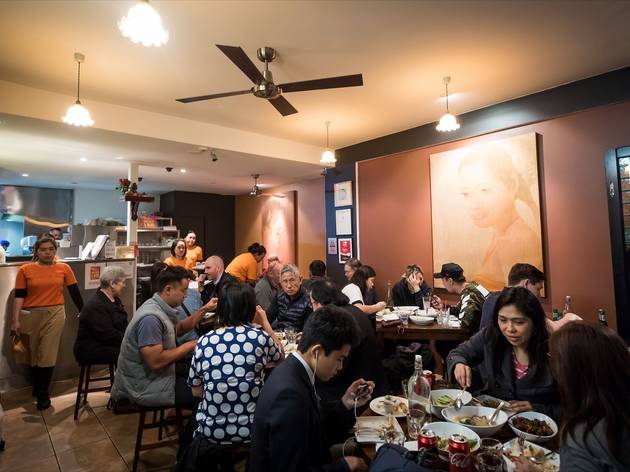 Omelette in a sour Thai soup does not sound like it should work, but, goddamn, if it isn’t a delicious revelation at number 79 on Spice I Am’s famously lengthy menu. At 82 items long, those A3, double-sided, laminated menus have been keeping flavour fossickers on their toes for 14 years. Although co-owner and head chef Sujet Saenkham has been in Sydney since 1985, it wasn’t until 2004 that he felt the city was ready for his authentic brand of Thai cooking, taken from the recipes his mother would make on their farm in Ratchaburi, south west of Bangkok. He didn’t want to compromise those flavours, no matter how many people complained about there being no zucchini in their curry, and it’s a big part of why this pigeonhole restaurant still garners patient queues after all these years.

So back to that omelette soup. Young, tender cha-om leaves (climbing wattle) are densely packed inside a tangle of golden egg, chopped into bite-sized pieces and submerged in a sour soup with a company of fat prawns. It’s richer than a tom yum, feistier than a tom kha gai and perfectly balanced – you won’t find this on suburban Thai menus.

For something that’s both rich and so light it might levitate, order the Phuket-style ho mok (number 68). It’s a steamed parcel of condensed curry flavours delivered via a fluffy, savoury fish custard. Forget sharing and get two.

People who crystallised their preferences in their formative years can still get red, green and yellow curry, plus the stir-fry all-stars. But fortune will gift the brave with a salad of soft chewy pink pork sausage pieces (it’s like a cousin of Banh Mi pork) hiding in a intensely crunchy rubble of rice and peanuts shot through with green onion, fresh shallot, mint, whole dried chilli, coriander and mint (no 52).

This might not be your first thought for the kind of soft, comforting carbs you crave in winter’s grip, but a bowl of thread-thin fermented rice vermicelli (no 65) are so soft they melt away after ferrying a payload of peanut and chilli sauce to your mouth. It’s enough to lull you into a deep, restful food coma, save for the reviving crunch from finely grated carrot, green bean and cabbage.

Reason 83 to love this place is the BYO (grab some drinks from the pub across the road). Reason 84 is that they work at warp speed, so you never queue for long. The list goes on, but the answer is the same: Spice I Am are legends of Sydney’s Thai food scene, and it’s high time we recognised it officially, which is why we’re giving them this award.