As much as we pride ourselves on knowing every single bar, coffee shop, and swimming spot in town, there are still some things about Sydney that baffle us to this day. Here are some things we’ve all Googled at least once.

1. "get fit without signing entire life away"

It's no secret that Sydney is an expensive city, but the bi-monthly surrender of cold, hard-earned money to your neighbourhood gym can be painful to reconcile with. If it's too much for you, check out these free (!) outdoor gyms around the city – or our favourite online workouts you can do from home.

Great question. The city's eastern suburbs are quite sparsely connected by train lines, and there are generally relatively few options for those who want some seaside splish-splash coming from the Western Suburbs. You can get to Bondi Junction though – pray for the tourist who hops off at the misleadingly named station all slip-slap-slopped and ready for a dip.

We've all done the Survivor-esque mad rush to the local at 10.45pm on a night out – "If I don't make it back in time, just go on without me." With the repealing of the infamous lockout laws, however, you can once again pop into a bottle-o after the clock strikes 11pm. With today's technology, late-night alcohol deliveries are also never more than a few clicks away.

Many people wet a line along the fringes of the harbour, there’s quite the line-up of potential catches in there too – salmon, bream, flathead, snapper, you name it – it’s a seafood buffet in there. Should you eat it though? Look, according to the Department of Primary Industries fish from west of the Harbour Bridge contains high levels of dioxins from the harbour’s contaminated sediments. Dioxins are sort of bad for you in high doses, so maybe don’t stuff the fish in a pipe and smoke it either.

5. "how to make loud neighbours shut up"

Can you imagine attending a house party in Sydney that doesn’t get shut down by the police? Utopia! Sorry to get DJ Khaled about this but “they don’t want you to win”. While this is annoying when you're a party guest, it's also kind of a saving grace when you're just trying to get some shut-eye and your hooligan neighbours are blasting reggaeton at 1am on a Tuesday night again. Officially, you can complain about a party loud enough to be heard in a neighbouring residence from midnight on Friday and Saturday, and from 10pm every other night.

6. "why city leaves lights on all night? climate change??"

Very good question. Very, very GREAT question. Why the fuck do CBD buildings do that? Googling this won’t help you, there are a bunch of armchair expert answers like, "security" (they have flashlights), "cleaners" (for 24 hours, really?), and "to stop planes from crashing into the buildings at night" (you’re basically directing them tbh), but none of these really cut it. There are also some psychological deep dives that claim it is part of humanity’s plight to assume someone else will turn the lights off leading you to think that therefore you shouldn’t bother. Basically, no excuse.

In some parks. There are restrictions on which parks you can drink in. Go for gold in Bicentennial Park, Glebe, for instance, but not in Hyde Park.

Nowhere, really. OK, there are some beaches where you can BYO, but some of the most popular ones are alcohol-free zones.

9. "does the L1 light rail go anywhere people actually want to go or just does loops around casino??"

The 12.8-kilometre L1 line from Central to Dulwich Hill, which predates the more recently installed L2 Randwick and L3 Kingsford lines, has 23 stations along the way. Don’t worry, you were right to Google this though because most of those stations are mythical made up stops that aren’t even suburbs but have been named by the whims of the insufferable Light Rail wizards who first conjured this fairy trail into existence. Where is “Marion”? What is a “Taverner's Hill”? Why is the stop before Dulwich Hill called a “grove” when there are next-to-no trees anywhere near it? Utter nonsense, that entire line is a storybook of aspirational nonsense, much like all of Sydney’s recent stabs at infrastructure. The light rail is basically an achingly slow rollercoaster to the Star, it’s a slow march to death but on tracks. Does... that answer your question?

We cannot stress this enough, that rock is as crumbly as its namesake kept in a freezer for too long. Please stop Instagram influencing atop it, you’re only influencing others to erode the frosting and perish. We're pretty sure detox teas are not keen on #clifffaceerosionfail as part of their branding.

According to the Transport NSW site, Opal card sellers are rampant in this city (did this map lick the face of a kid with chickenpox on the playground to get out of school? Because same), but they're seemingly never around when you need one. A follow-up question is: Why don’t they just sell them in vending machines at the bloody train stations? On the plus side, you can just use your credit or debit card to tap on and off Sydney trains instead.

This one is Googled most often standing on a chair, or behind a locked door in the one room of the house you're certain the interloper hasn't crossed the threshold of yet.

After yielding a useful answer to your previous search, you again put your faith in the mighty Google to help you on your final step of the journey.

Like a good laugh? Read the 15 harshest Tripadvisor reviews of Sydney landmarks. 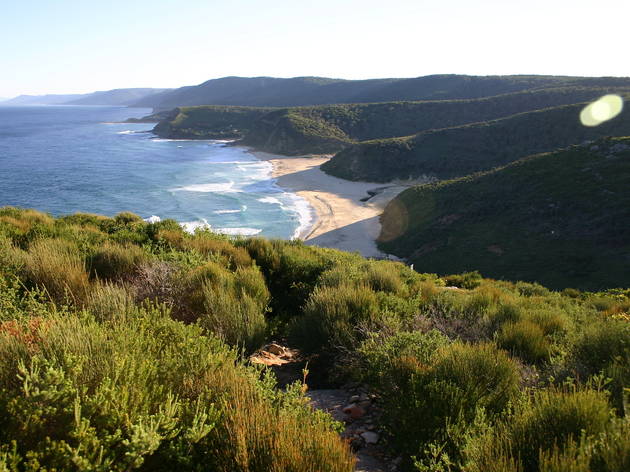 Next time you need a break from the city, we suggest you take a trip to one of these lush and leafy retreats within 100km of the CBD. Hike coastal paths, see native fauna, and get back to nature just a stone's throw from the Big Smoke.