The 14 best restaurants near Union Station

Union Station isn't exactly a culinary hub—unless, of course, you've got a hankering for soft pretzels, vending-machine candy bars and pre-packaged sandwiches. (In that case, more power to you.) But if you know where to look and you're willing to walk a few blocks, the area surrounding the train station is dotted with some of the best restaurants in Chicago. Tuck into a stack of banana pancakes at one of the city's oldest diners, snag a reservation at a Michelin-starred restaurant or explore one of Chicago's top food halls. Whether you're coming or going, the best restaurants near Union Station offer something for every traveler.

RECOMMENDED: The best restaurants in the West Loop

The best restaurants near Union Station 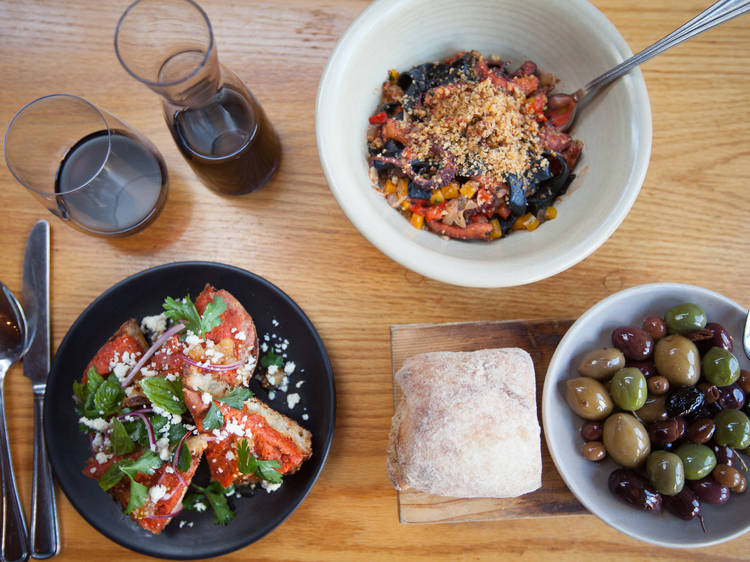 If you can make time for a sit-down meal before boarding your train, snag a reservation at avec. The West Loop stalwart serves inspired Mediterranean shared plates alongside a top-notch wine list with affordable options by the glass and bottle. Choose from fan-favorite dishes like the chorizo-stuffed dates, "deluxe" focaccia, braised lamb neck and caramel cashew squares. Then, try your hardest not to pass out on the Amtrak. 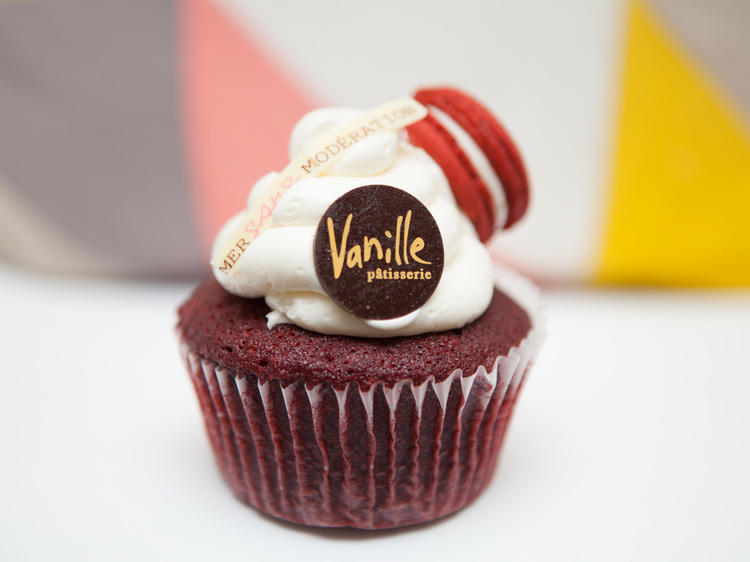 You want options, but you don't want to sacrifice quality, eh? Skip the food court and walk north to Chicago French Market, where 33 Chicago vendors are ready to serve you. Fill up on French pastries at Vanille Patisserie, grab a smoothie at Loop Juice, get your poke bowl to go at Aloha Poke Co. or snag some munchies for the train at Pastoral. Heads up: This bustling food hall is closed on Sundays. 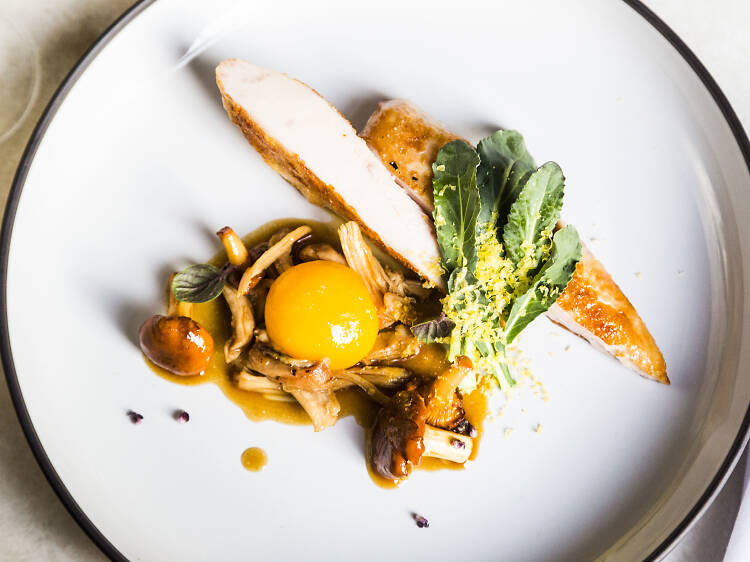 Bellemore's lunch menu is wildly underrated, which is great news for you, weary traveler. Grab a seat at the bar and order the "Fire-Bird" chicken sandwich, which is stacked with butter lettuce, tomato, pickles, mayo and fried-onion ranch. It pairs perfectly with the Spring Forward cocktail, an enticing blend of gin, vermouth and celery root liqueur. 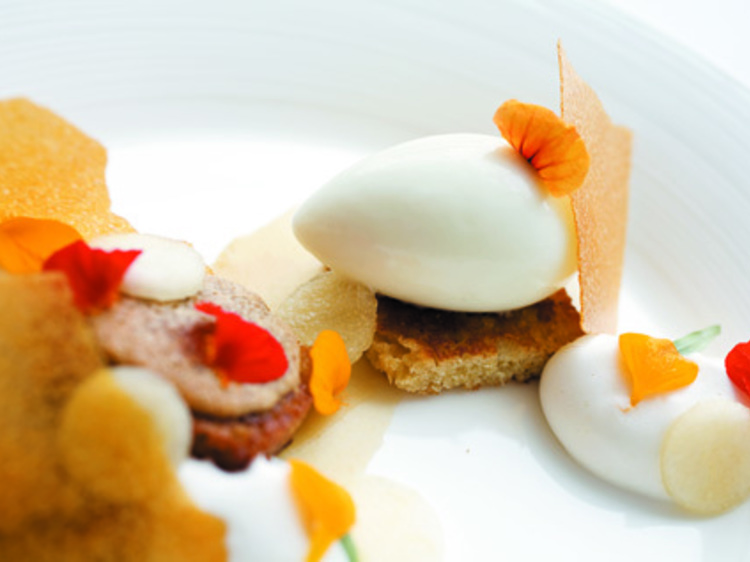 There are very few culinary deals in Chicago that are worth your time, but Blackbird's prix-fixe lunch menu tops the list. The three-course meal is just $25 and includes choices like mushroom veloute, whitefish tempura and chocolate-hazelnut cremeux. As an added bonus, there are a selection of wines by the glass and a cocktail for just $10 each. Go ahead and treat yourself to a leisurely (read: boozy) lunch. 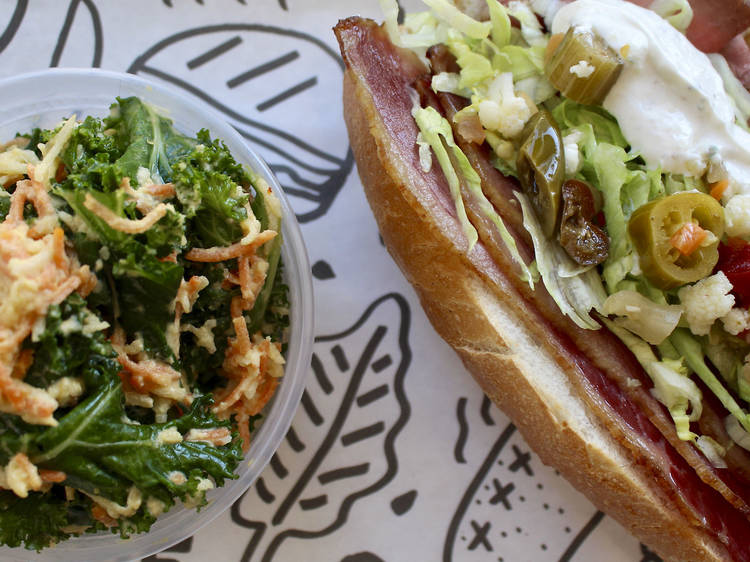 Funky, well-made sandwiches are the main attraction at this light-filled cafe, where diners can order classics (Cuban, tuna melt, grilled cheese) and originals (buffalo cauliflower, Bahn Meatball, chicken alfredo). Don't be shy about tacking on a drink to your order—all cocktails are just $10, and the mojito is just right. 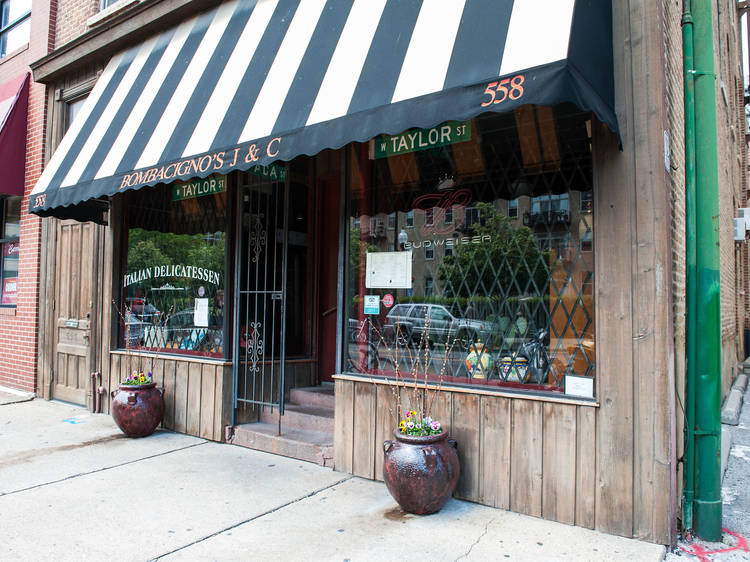 The J is for Joe, the C for Claudette, and if the battered bar and nostalgia-covered walls haven’t tipped you off already, they’ve been at this for a while. Since 1972 she’s worked the register while he’s churned out house specialties like Italian Beef Pizziola, a big, wet, mess of an Italian beef with mozzarella and tomato sauce that’s so flavorful it reminds us why this sandwich became famous in the first place. The signature cold pasta—angel hair tossed with romano, basil, garlic and olive oil—is a side we can’t pass up. And the cottage fries are crisp, thin and golden, but they arrive unseasoned so sprinkle some Parmesan on them while they’re still hot. 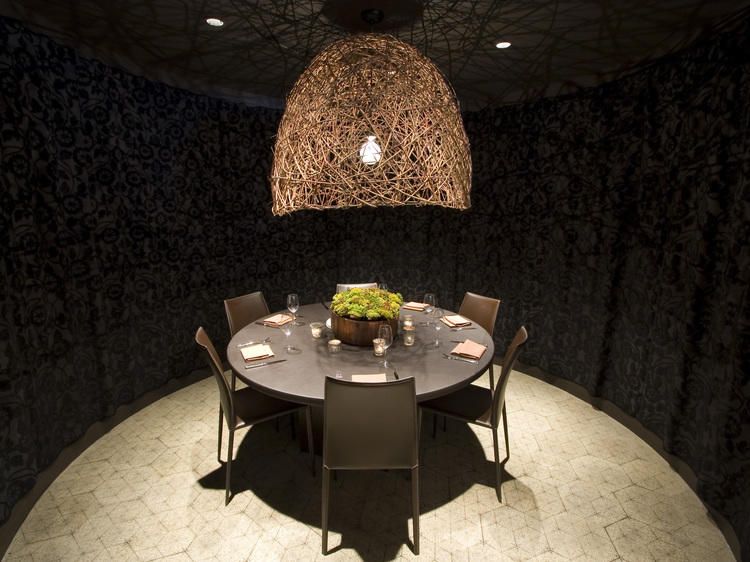 Andrew Zimmerman's elegant fine-dining destination in the West Loop is the kind of place you book for a special occasion or a treat-yourself Friday night. Boasting one Michelin star, Sepia is known for its quality ingredients and stunning presentation (with top-notch service, to boot). Try flavorful dishes like the falafel with charred romanesco, shishito peppers and yogurt or the pumpkin cheesecake with pepitas, spiced pecans and malted vanilla ice cream. The menus change with the season, so expect a new experience with each visit. 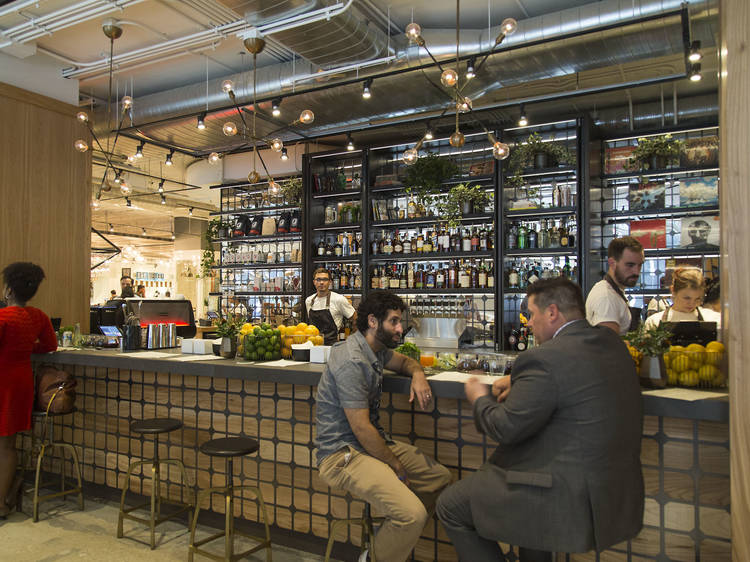 If you're willing to make the trek, Revival Food Hall is located just a half-mile from Union Station and it showcases some of the city's top restaurants under one roof. You'll want to come hungry so that you can sample bites from Antique Taco, HotChocolate Bakery, Lito's Empanadas, TOMI Sushi and Smoque BBQ. With 15 vendors (and a bar!) to choose from, no one goes hungry at Revival. 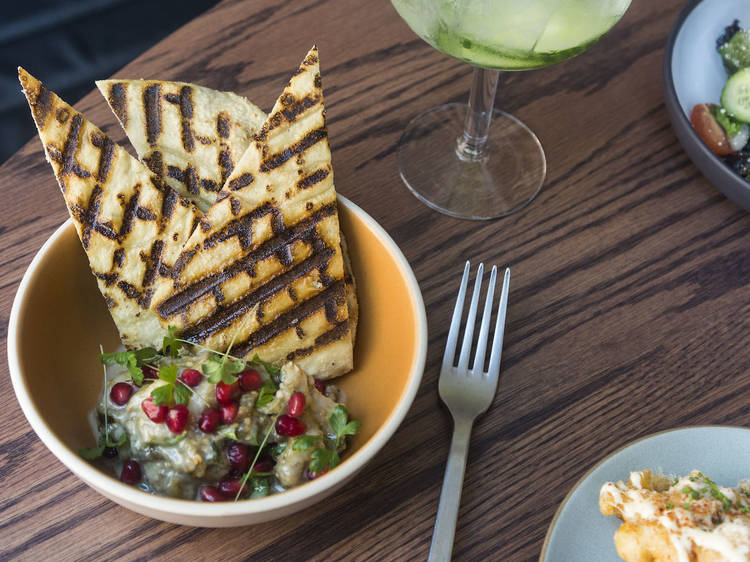 Chef Andrew Zimmerman’s menu (yep, the same guy behind Sepia) is divided into three sections—veggies, fish and land-cruising meat—and your server will advise you to dabble in each. You can’t walk out of Proxi without trying the tempura elotes, clusters of perfectly fried sweet corn with chives, chili, lime, parmesan and a mayo drizzle. 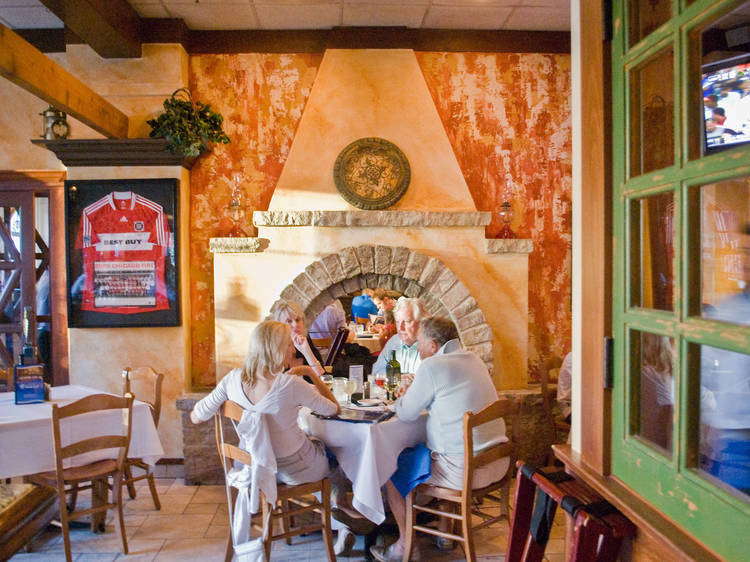 Half the joy of eating at this Greektown stalwart is seeing how many times you can get your server to say “Opa!” The other half comes in the form of the savory saganaki and the keftedakia—small, luscious meatballs simmered in tomato sauce. Honey-laden desserts are solid across the board, so order with confidence. But for maximum “Opa!” make sure you finish with a cup of potent coffee. 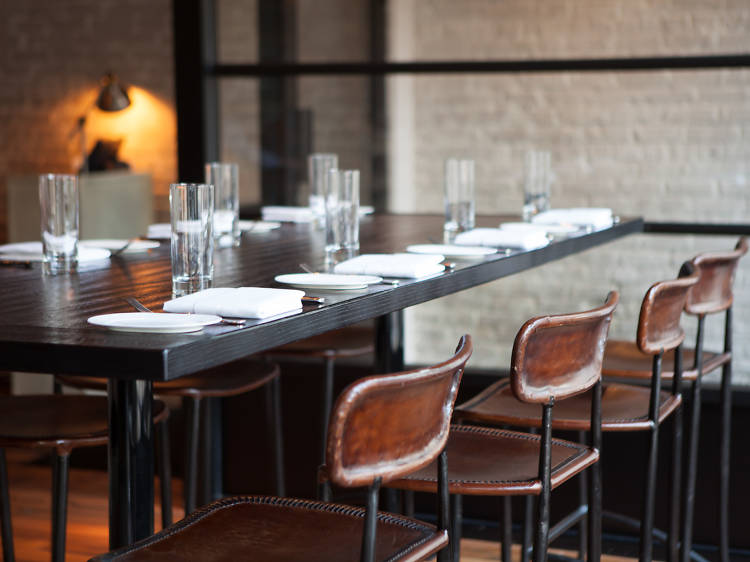 If it's soul-warming food you crave before or after a long trek (who doesn't?), add Salero to your list of go-to restaurants near Union Station. The menu features Spanish-inspired hits like paella, sweet corn hush puppies, grilled pork belly with smoked chorizo and wine-braised oxtail. No trip is complete without a glass of sangria or a Spanish gin and tonic (we're quite fond of the citrus-blueberry variety). 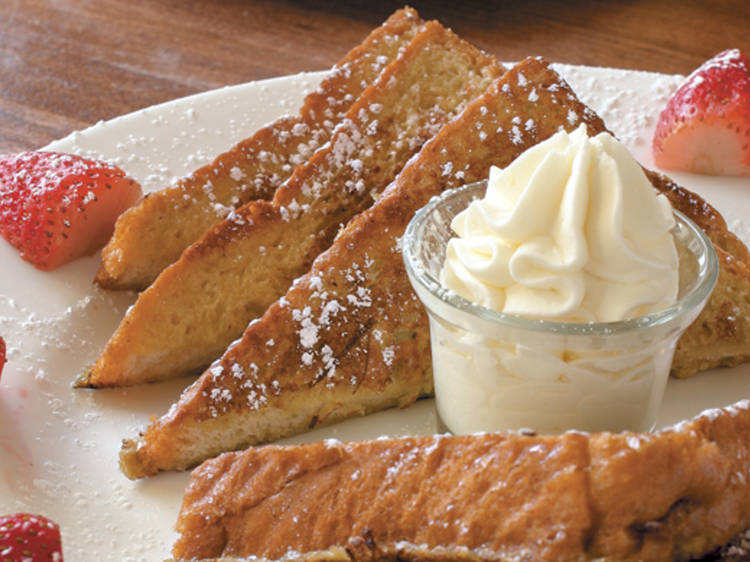 Biscuits, Benedicts, banana bread French toast and bacon. This Greektown favorite serves breakfast daily from 7am to 3pm, making it an excellent destination for those who crave pancakes in the afternoon. But perhaps our favorite thing about Meli is its juice bar, which offers hand-pressed blends of everything from orange and strawberry to carrot and ginger. 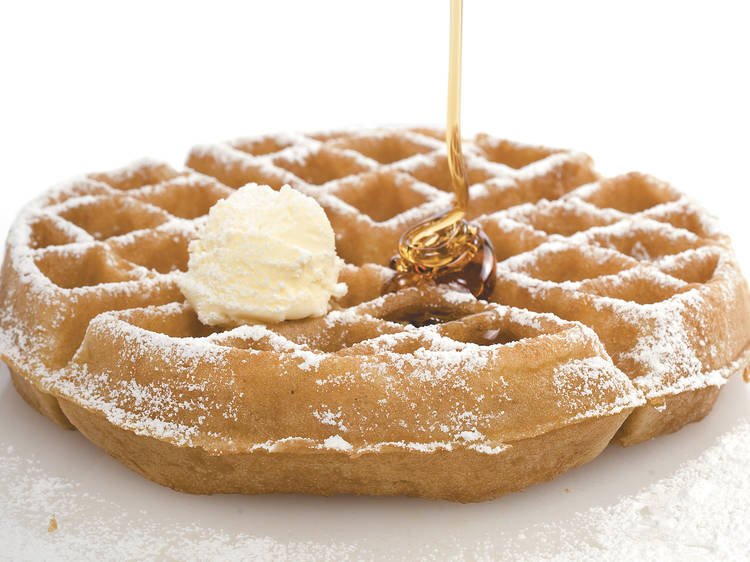 Thinking of spending your Sunday morning at this classic Chicago diner? Better check the weather: The line snakes out the door and onto Lou Mitchell Way well into the afternoon. And for good reason: This place is a Chicago institution. As a reward for your patience, you'll get your pick of “meltaway” pancakes, fluffy jumbo omelettes, warm doughnut holes and freshly squeezed OJ.