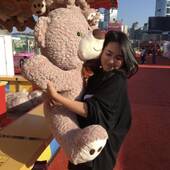 Ever seen Eric from South Park in Balenciaga? Or Lois from Family Guy dressed in some fine Dolce & Gabbana? How about Dee Dee from Dexter's Laboratory in an Adidas outfit chatting to Adventure Time’s Princess Bubblegum outside an ancient Cartier shop? For Hong Kong-based artist Ernest Chang, these are just some of his amazing artworks from his latest exhibition Bling Dynasty.

Born in Tampa, Florida, Ernest first started out as a photographer in the States, before taking his talents to the art world in Hong Kong where he flourished as a pop artist. In 2014, Ernest opened The Stallery in Wan Chai, which served as his art studio as well as a gallery space to showcase his own art along with artworks by other local and international artists. After his controversial art exhibition in 2018 where guests were invited to tear up his artworks Banksy-style, and his 2019 show which combined comic book and manga characters with historical European paintings, Ernest finally returns with a new show where he picked up new skills such as embroidery and paper-cutting, adding much excitement to the local art scene – but it hasn’t always been rainbow and butterflies for him.

We took the opportunity to chat with Ernest during the exhibition about his inspirations, past struggles with depression and drug abuse, deuteranopia (red-green colour-blindness), and what he would choose if he could only watch one cartoon for the rest of his life.

RECOMMENDED: Keen to check out more art around the city? See our list of the best art exhibitions around Hong Kong this month. 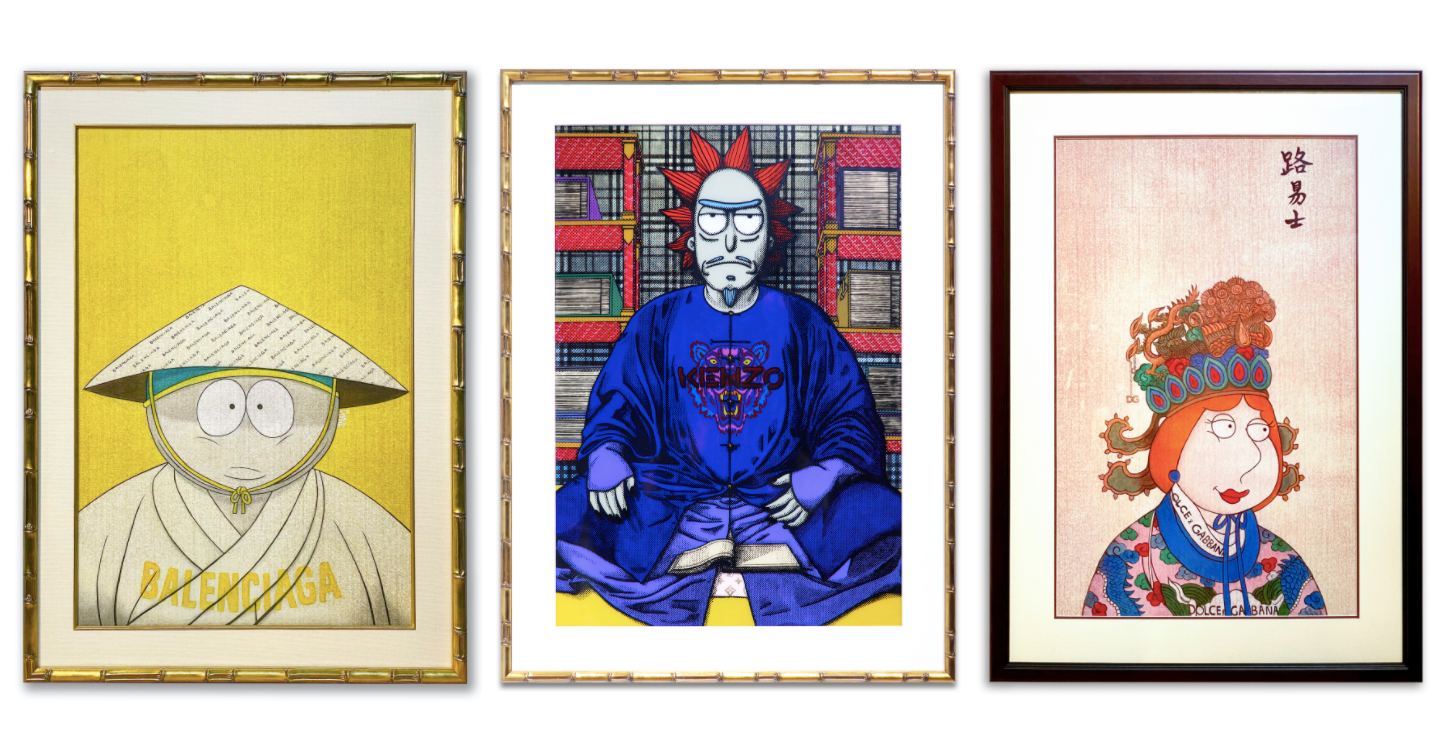 What made you move from being a photographer to a full-time artist?

“I’ve always wanted to be an artist ever since I was a little kid. I would draw on walls and stuff, and dream of having my own studio space to showcase my art to people. But what ultimately pushed me to do art was when I became very depressed in university. I got addicted to drugs and stimulants, and eventually went to rehab. During rehab, we had to do things like art therapy, which got me drawing and painting again. That was when I thought to myself “this is something that actually makes me happy”. I had found purpose in my life again. When I got out, I knew that art was the only thing that would save my life.

It took me five or six years to really get out of that depression cycle. For the first two years after rehab, I was relapsing and still going through dips and depression because of the change of environment from rehab to Hong Kong. I’ve always put a lot of pressure on myself knowing that my friends are doing so well here, so it was like learning to walk again for me. Art was the only thing that pulled me forward and so I really wanted to hold on to it.”

Why did you decide to come back to Hong Kong and pursue art?

“I chose to come back firstly because my immediate family is here. There’s quite a lot of competition in the States in terms of artists who can ‘make it’. You would go to LA or New York and just try to figure it out from there, but there are just too many artists in those places. When I came back to Hong Kong in 2013, I didn’t think there were many galleries that did underground, pop art, or street art. In the States, you already have all these things so I thought I could do something new here, something that Hong Kong didn’t have.”

On the topic of bringing something new, what was the inspiration behind your new exhibition?

“I was already researching Chinese art during my last show but I didn’t have anything pieced together yet. Then during Covid, when a lot of times we were all stuck at home, I realised that everything was about product placement. We’re always online – Instagram, streaming a movie, or even just Google – and everything was about branding and consumerism. There was like a whole wave of in-your-face advertising.

I also saw an interesting shift in global culture. Like during CNY last year, for example, there were a lot of collabs with big-name Western brands where Chinese motifs were used to create collections. This could never have happened 20 years ago when the Eastern part of the world would look to the West for inspiration in cultural advancements. But now, these Western brands are looking into China and the Chinese consumer market instead. So, I thought it would be interesting to explore the effects of this new juxtaposition.”

What new skills did you have to pick up for the show?

“I worked with two assistants who are experts at traditional embroidery as I wanted to use this kind of ancient technique and translate it into something contemporary. It was very difficult and I had to try out different techniques until I found one that would look and feel the most like pop art. I learned paper-cutting too, which I basically learned from watching a lot of YouTube videos. I made so many mistakes at first and end up always ripping the paper since it is so intricate, but it was really fun to try.

I also used plexiglass in a layering technique to create a parallax effect that would mimic the way I see colours because I’m colourblind to red and green colours. I made multiple layers of plexiglass that had different coloured dots on them, so when I overlay them, people would see the mix of these colours fading into each other and be confused as to what the real colours are.”

What difficulties do you face as a colourblind artist?

“I stopped doing portrait photography mainly because people would always complain that their skin tone was too yellow, or too pink, or too green. I ended up losing a lot of clients because they thought that I was just bad at editing. Another thing is that I can’t paint realistically. I don’t know how to look at a colour and mix it with other colours because, well, I can’t really see what the colours are. So, it’s been a real journey trying to figure out how to be an artist as a colourblind person.

Thinking back to when I was doing my A-Levels (or GCSEs), the school had to give me extra time because the teachers had to label all the colours in the maps and charts for me. This is actually my process now. All the colours I want to use have to be separated and labelled, and then I would have to cross-check it with my assistant. I still paint though, but I would have to finish painting one colour in a single session because if the paint dries, I would have to remix it again, and if I remix it, it’ll probably be an entirely different colour. ”

What’s next for you? Any plans for a new show or more new skills you want to learn?

“I really like exploring new mediums because there are so many channels to collaborate with skilful people nowadays. Like the embroidery art, if I didn’t have my two assistants helping me, I wouldn’t be able to do it all. I also want to explore the topic of consumer electronics. It’s like they have dominated our whole world. We voluntarily carry these things in our pockets and we like to tell everyone where we are, and what we are doing all the time. I think the relationship between us and consumer electronics could be something interesting to explore. In terms of skills, I’m hoping to do more three-dimensional things with resin sculpture – but big.”

Do you have a favourite Hong Kong-based artist?

“I like a lot of art so I don’t want to pinpoint anyone in particular, but I really respect Bao. She is so hard-working and she draws so much. Her brain is just so powerful in turning all these ideas in her head onto paper, walls, and buildings.”

Three words to describe your art?

If you weren’t an artist, what would you be?

“I would want to be a vet! I really like animals.”

If you could only watch one cartoon for the rest of your life, what would it be?

Ernest’s new exhibition is on show at The Stallery from now until April 4. Follow Ernest @iamernestchang on Instagram to see all his latest updates, or visit thestallery.com to check out more artworks! 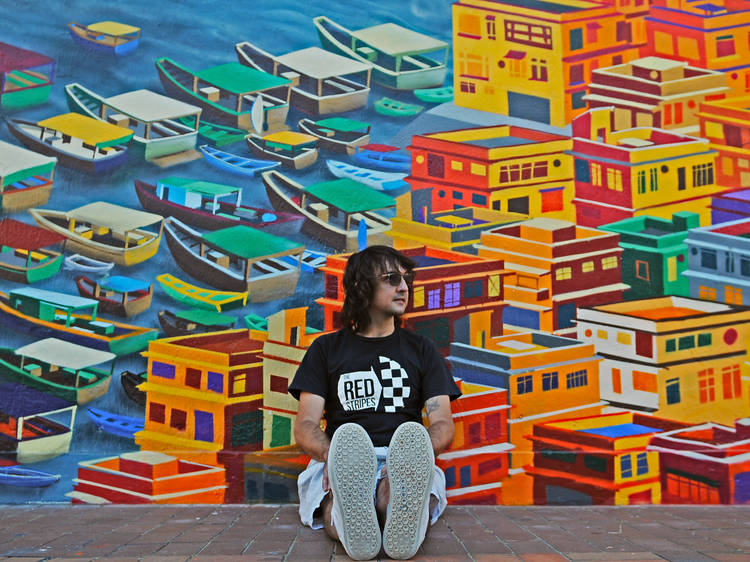 We speak to the creator behind one of Hong Kong’s most photographed street murals on Graham Street. 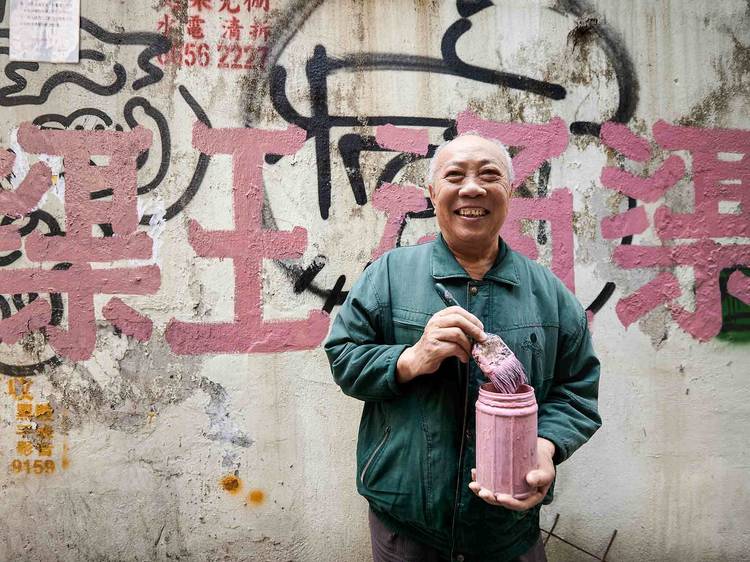 Things you only know if you're a plumber