Bars and pubs Central
Recommended
3 out of 5 stars 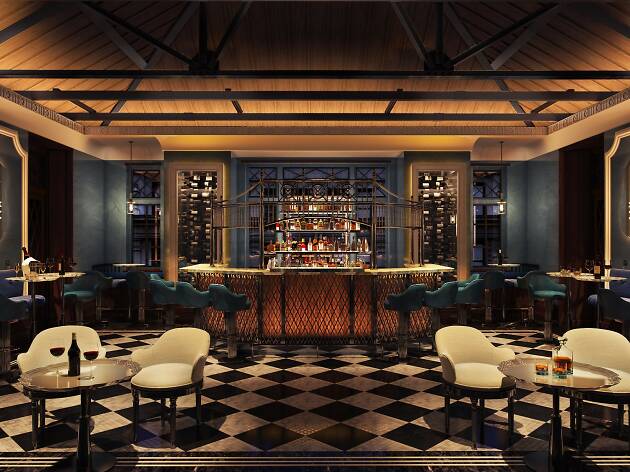 1/3
The Dispensary, in Tai Kwun 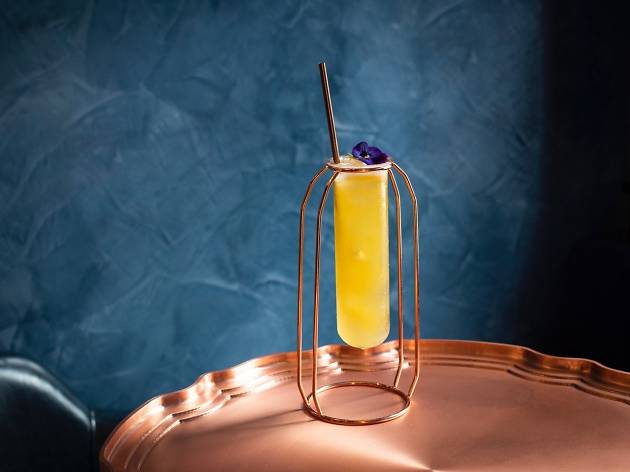 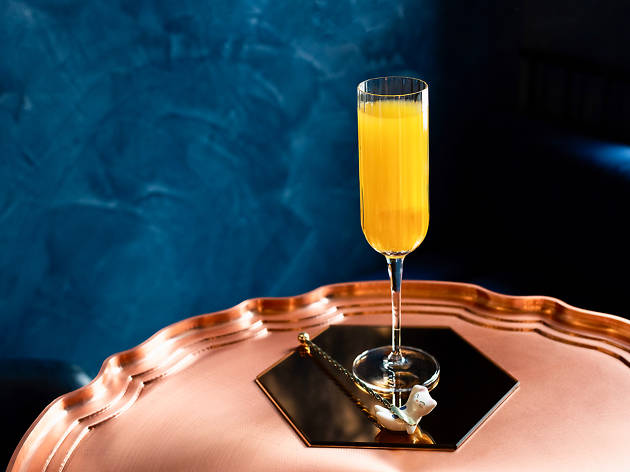 3/3
Photo: What The Fox?Mango Tree cocktail

Contrasting details are a deliberate feature of Tai Kwun. It’s why the Victorian era Barrack Block sits a stone’s throw from the 21st-century JC Contemporary building and stark colour schemes are employed to help guests navigate the different sections of the site. It’s a theme that extends to the various bars and restaurants operating there, too. Nowhere is this more apparent than at The Dispensary. Not only is it resolutely traditional in comparison to Behind Bars and Dragonfly, but it sits in-between Aqua Group’s Sino-centric concept The Chinese Library and Statement, its western-focused restaurant.

Thankfully, unlike Hugger Mugger, The Dispensary feels like its own space rather than a holding pen for either restaurant. The design is gorgeous. Occupying a spot that was formerly part of the police officers’ mess, the black and white flooring is similar to the mess’s original, and the rich blue colouring the walls is apparently inspired by old police uniforms. These are just some of the thoughtful touches that have gone into the design.

Fittingly for a bar bridging an eastern and a western restaurant, the cocktail menu here is separated into a Chinese and a British collection. Flavours like mango and egg tart are present in the former while rhubarb and chestnuts feature in the latter. Starting close to home, we order a Dan Tat ($98), which takes pineapple rum and shakes it with the aforementioned egg tart, cream soda cordial and elements of lemon and nutmeg. Probably best served as a digestif, it’s an unsurprisingly sweet mix but the creaminess of the tart comes through nicely and balances pleasantly with the kick of the rum.

Staying in the east, we move on to an Opium Old Fashion ($148), which sees the classic reimagined with oolong tea-infused bourbon acting as the base, honey substituted for sugar, and mandarin replacing orange. It’s not a bad effort but like so many reinvented old fashioneds, it fails to improve upon the original.

We finish with a Vet’s Antidote ($138), a mix of Bulleit bourbon, Mancio Rosso vermouth and absinthe. A real early 20th-century style cocktail, this punchy combination is similar to a manhattan but the anise from the absinthe provides an interesting contrast to the sweetness of the whiskey.

Of all the bars at Tai Kwun, The Dispensary is the most accomplished. The range of cocktails is slight but focused, and there’s a surprising willingness to play with flavours. It dovetails perfectly with its neighbouring restaurants, for either pre or postprandial drinks, and should be an excellent date spot. In short, it’s just what the doctor ordered.