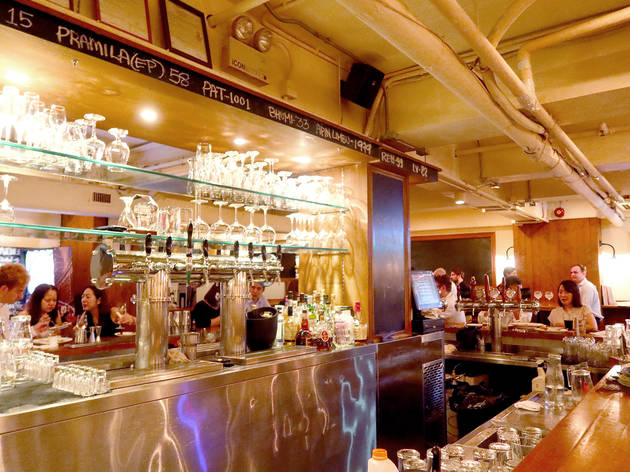 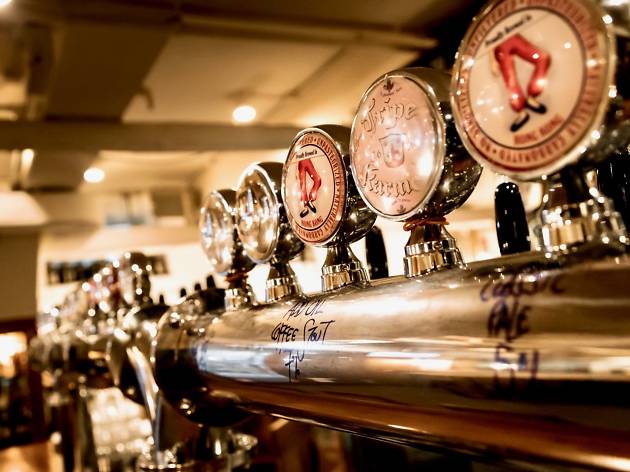 Before closing their former location in 2017, The Globe was one of Hong Kong’s best-loved locals. Sitting beneath the Mid-Levels escalator, the intimate, amiable pub carved out a loyal following over its 14 years in the Hollywood Road location, with a simple yet successful formula: a welcoming vibe, decent pub grub and the finest beer selection available anywhere in the territory. It was one of the few places in Central that felt like a proper local, headed up by the good old-fashioned publican and beer-encyclopedia Toby Cooper. So when a significant rent hike forced The Globe to move from its long-standing home, even with the promise of a new version just around the corner, regulars and occasional Globe-indulgers alike were right to wonder: could the new Globe possibly be a worthy replacement for its predecessor?

Quite excitingly, The Globe Mk II surpasses the original, going bigger, brighter and way more edible. Cooper and Co have not just attempted to recreate the atmosphere of the previous haunt, but have used the opportunity to modernise their concept while remaining true to its traditions. The result is a superb, homey gastropub.

The narrow Graham Street entrance hides what awaits inside: an expansive space at least five times the size of its old counterpart. A sizeable bar sits central with stools extending around the perimeter of the rectangular island, making chancing a seat at the bar and getting a drink – one of the greatest difficulties of the oft-cramped former space – way easier.

Beyond the bar are myriad seating options. Or at least three. Along the wall sit a series of partitioned pub booths that use the old den’s floorboards as tables; casual single seating is scattered around the rear wall; and numerous sleek communal tables take up the majority of the establishment’s seated area, giving it a positively contemporary gastropub atmosphere.

But the highlight of the new Globe is in the lounging – an elevated ‘living room’ space filled with books, games, a huge plasma for film and sports (we also hear Eastenders and classic football games by request are becoming regular weekend ‘treats’), three uber-loll-inducing couches and – for that touch of nostalgia – the old world map that hung proudly on the walls of the bar’s precursor. It’s an area that underlines what the Globe is all about: hanging out with mates in an unpretentious setting.

And then there’s the consuming. The Globe’s impressive beer selection has always been one of its great pulls. And while it doesn’t stock all varieties it once boasted right now, it still represents one of the broadest ale selections around. Old favourites Budvar, Leffe Blonde and Brune, and Typhoon 8, Hong Kong’s own real ale produced in Mui Wo, are some of the nine beers taking up residency on tap, in addition to the dozens upon dozens of beers by the bottle. The assortment is again particularly focused on Belgian and English drops.

The Globe has also gone a little more food focused. And while we’re a little more concerned with booze in this part of the mag, it’s hard not to appreciate the fine tweaks to pub grub, like the Pulled Lamb Shank with poached eggs and Sausage and Polenta cake or the Crumbed Ling with Mushy peas and sweet gherkin tartar.

For true Globe traditionalists, the Graham Street move may take some getting used to. But ultimately, it’s a sizeable upgrade to a warm English pub that was already a great watering hole. The new Globe? It’s simply the best pub around these parts.