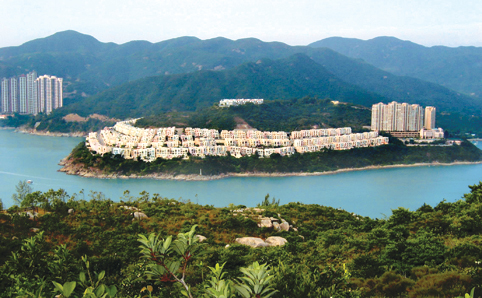 Introducing the most expensive house in Hong Kong – and it’s currently on the market. For the outrageous price, you can grab this 3,013sq ft Tai Tam townhouse, complete with its four bedrooms, a powder room, three bathrooms, a maid’s room, a garden, a fitted kitchen, a terrace and, of course, the quintessential car park.

Money ain’t a thang, just look at my pinky ring – this is the most expensive residential property ever sold in Hong Kong. Located on Pollock’s Path, a road last year ranked as the most expensive street in the world, the 8,300sq ft house at 10 Skyhigh – a joint venture between film doyen Stephen Chow and Ryoden Development – sold in 2011 to an undisclosed owner for a whopping $800m.

Most pricy investments require the involvement of a bank. But not for Chinese lawyer Raymond Li, the owner of this Peak property, who paid $740 million, mostly in cold, hard cash (in suitcases, we wonder?). At three storeys and 6,863sq ft, it includes five bedrooms, two car parks and a rooftop pool with an outstanding view of Victoria Harbour. It has it in spades over the 6,847sq ft House 7, which wealthy philanthropist Qian Fenglei bought for $690m, with a 1,822sq ft garden to boot. Bargain.

In 2013, this 5,145sq ft villa became the third most expensive home in Hong Kong, after garment exporter Peter Law Kin-sang sold the property for $650 million in what some have called 2013’s most notable deal in the luxury residence market. The price translates to a ridiculous $126,336 per square foot!

It’s no wonder European diplomats love The Peak – the temperate region must remind them of their digs back home. This patch of land used to belong to the former French Consulate and commands views over Hong Kong Island and Victoria Harbour. It’s a grade II historic building, measures 11,222sq ft and was sold at an average of $51,684 per square foot.

Real estate agents know their property – particularly Vivien Chan, the chairwoman of the Estate Agents Authority, who owns this piece of prime real estate on Barker Road. This residence in the seven-storey building measures in at 5,706sq ft and sold for $538m just last year. 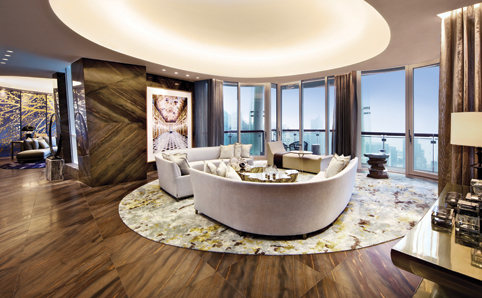 This apartment in the famed Frank-Gehry-designed Opus hit headlines last year for the price it couldn’t attract: $470m. If it had sold at this price, it would have made the 5,409sq ft space the most expensive apartment in the city per square foot – a record currently held by, you guessed it, another apartment in Opus, which sold for $455m in 2012. 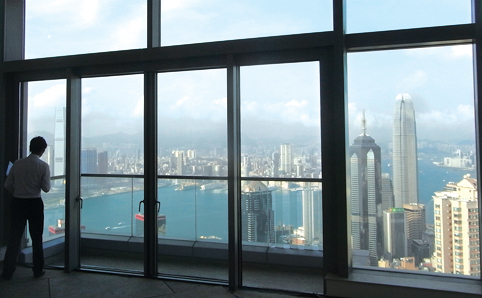 While Conduit Road might only be the second-highest road in Western Mid-Levels, this 66th floor apartment takes you way up into the clouds. In fact, it is the tallest building in the area with glorious views of Victoria Harbour. With 24 units up for sale, the 5,636sq ft Unit A sold the highest for $360.7m back in 2011. 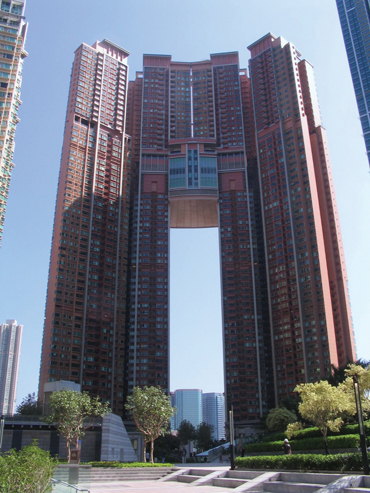 Hey, it’s Kowloon’s most expensive property! This 5,497sq ft West Kowloon apartment includes the Moon Tower penthouse and the rooftop – essentially, a two-storey pad with a decent view of the moon too. Selling at a mere $41,125 per square foot, it also shows that Kowloon is where the value is at. 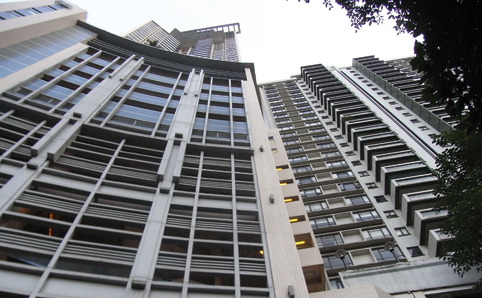 If you’ve only got $200m to splash on a home, Branksome Crest might be your spot. Back in 2010, that kind of cash got you all 4,620sq ft of the 51st floor in this Mid-Levels property, complete with a killer rooftop and a swimming pool.