Laughing out loud: Time Out chats with local improv comedians

Improvisational Comedy – commonly referred to simply as ‘improv’ – is a comic style in which performers improvise scenes based on loose themes, or sometimes from scratch with no prior direction at all. The performance art has found favour with audiences across North America and Australia due to its hilarious – and sometimes downright bewildering – results, but here in Hong Kong the scene is still very much up and coming.

Today is the International Day of Happiness, but, with the spread of the COVID-19 virus causing continued disruption and fear, our city has seen much happier days than this. In the spirit of all things cheerful though, we sat down for a chat with Lauren, Glen, Jai, Covin and Davina from TBC Improv HK, one of the handful of improv groups in Hong Kong. They humoured us with their thoughts on the art from and how it is relevant to our city right now. Needless to say, everyone needs a good laugh right now.

What is TBC Improv HK, and how did it begin?

Lauren: I originally founded TBC in the UK, and vowed not to open another group when I moved to Hong Kong because it’s a lot of work! One night I went to see a comedy show and overheard a guy – that turned out to be Glen – a few seats away talking about how he wanted to get into improv after a few years away from it. We chatted and over the next weeks I set out to find others with the same passion. Towards the end of 2014, I began holding public workshops and met a few more talented folks in the process. Soon after, TBC HK was born.

For the average person, improv can seem incredibly difficult. What does it take to be a good improv player?

Glen: Rule number one is don’t overthink. Do whatever comes to mind, and don’t consciously try to be funny.

Jai: That’s right. Also, support everybody on stage, no matter what. Unlike stand up, improv is a team endeavour; if you support each other the results can be hilarious, otherwise, you can all come off looking not so good.

Covin: Believe it or not, it boils down to practice. We practice together at least once a week. Spending time rehearsing as a team, doing things together, and getting to know each other is vital to the success of our performances. If you don't rehearse, you just don’t get better. 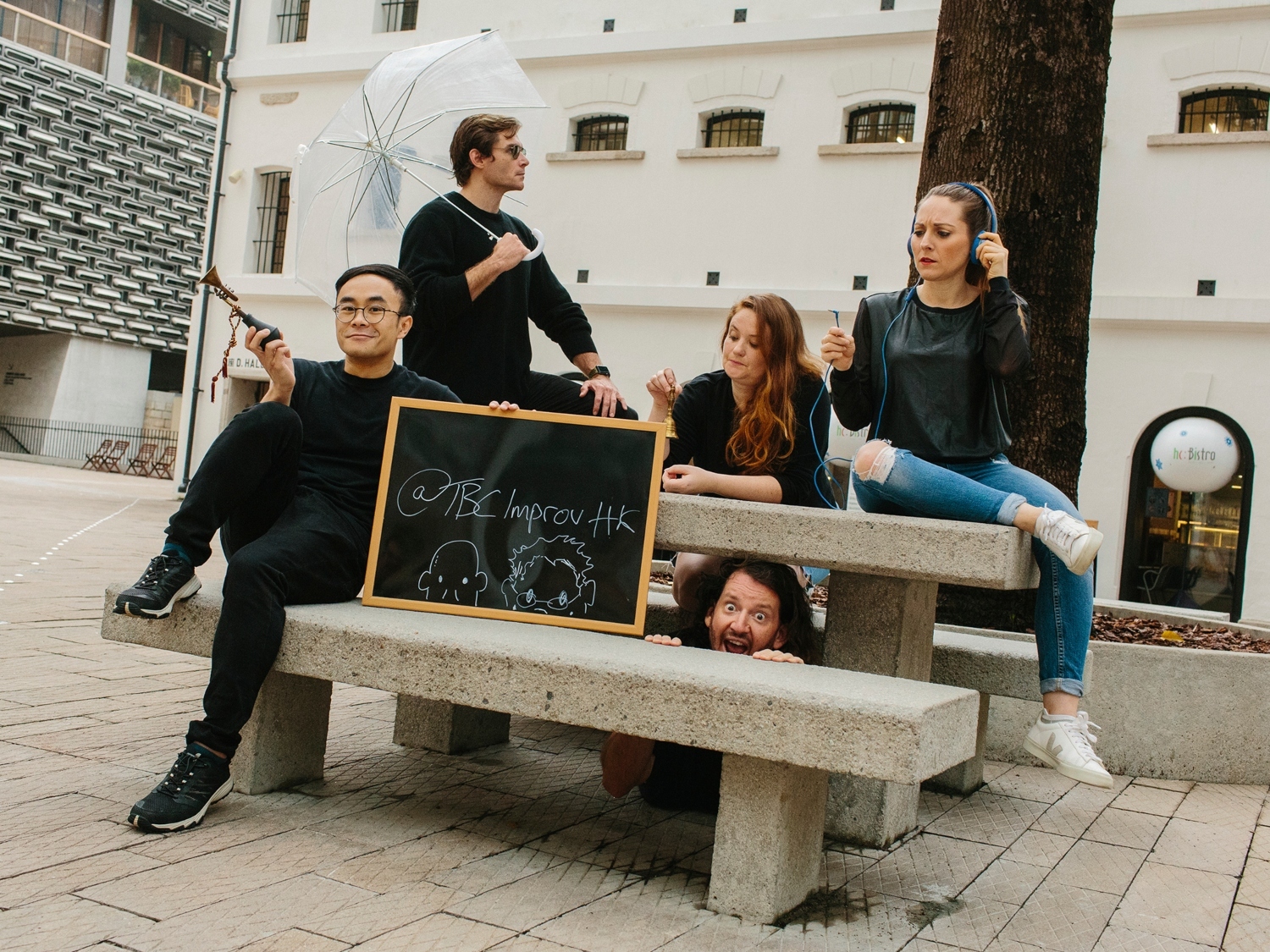 So, contrary to what people might expect, there is practice involved in improv?

Lauren: Absolutely, while the situations in the shows are entirely improvised, it’s important to practice foundational concepts. Keeping our brains sharp, actually listening to each other while improvising and honing our talent; without these you can’t get better personally or as a team!

Glen: Plus practicing together means you get to know what everybody’s comfortable with, and then during a performance you ‘pimp out’ each other. That means throwing someone under the bus by getting them to perform acts that they aren’t comfortable with, whether it be singing or speaking in a particular accent. It urges us to push beyond the confines of our comfort zones and get better. It doesn’t hurt that it’s usually hilarious too. (laughs)

You commonly invite the audience to participate with ideas on what to improvise during your performances. What has it taught you about audiences here and in general?

Lauren: One thing about people is that if you put them in the dark and permit them to yell anything they want, they will shout the same stuff everywhere you go, which is fascinating. The beautiful thing is that they don’t have to be on stage, so they can play puppet master.

Covin: It's almost as if improv is a canvas for people to project their desires onto the stage, free from responsibility. It speaks very much to human nature. During improv, we’re all there in the dark, and performances become an intimate and shared experience.

Davina: It’s true, the shock element makes it a funny and special experience. We base our characters on the audience’s suggestions, so it becomes everybody's story, and that's really beautiful. I think it’s not just funny, but also therapeutic. Going to an improv show allows people to shed their responsibilities and fears, and escape into this fictional, funny, unpredictable world that we all create together.

Do you think that improv is important for Hong Kong right now?

Jai: It’s important for everyone to laugh right now, to be inspired, and be able to look at something positive.

Glen: More than ever, people need to be entertained...us included!

Lauren: Over the past months there were occasional transport challenges in the city,  but there were still many people who came to our show. Perhaps even more than before, we get a lot of enquiries about whether the shows will go ahead. For me that’s proof of how important improv is to people right now. 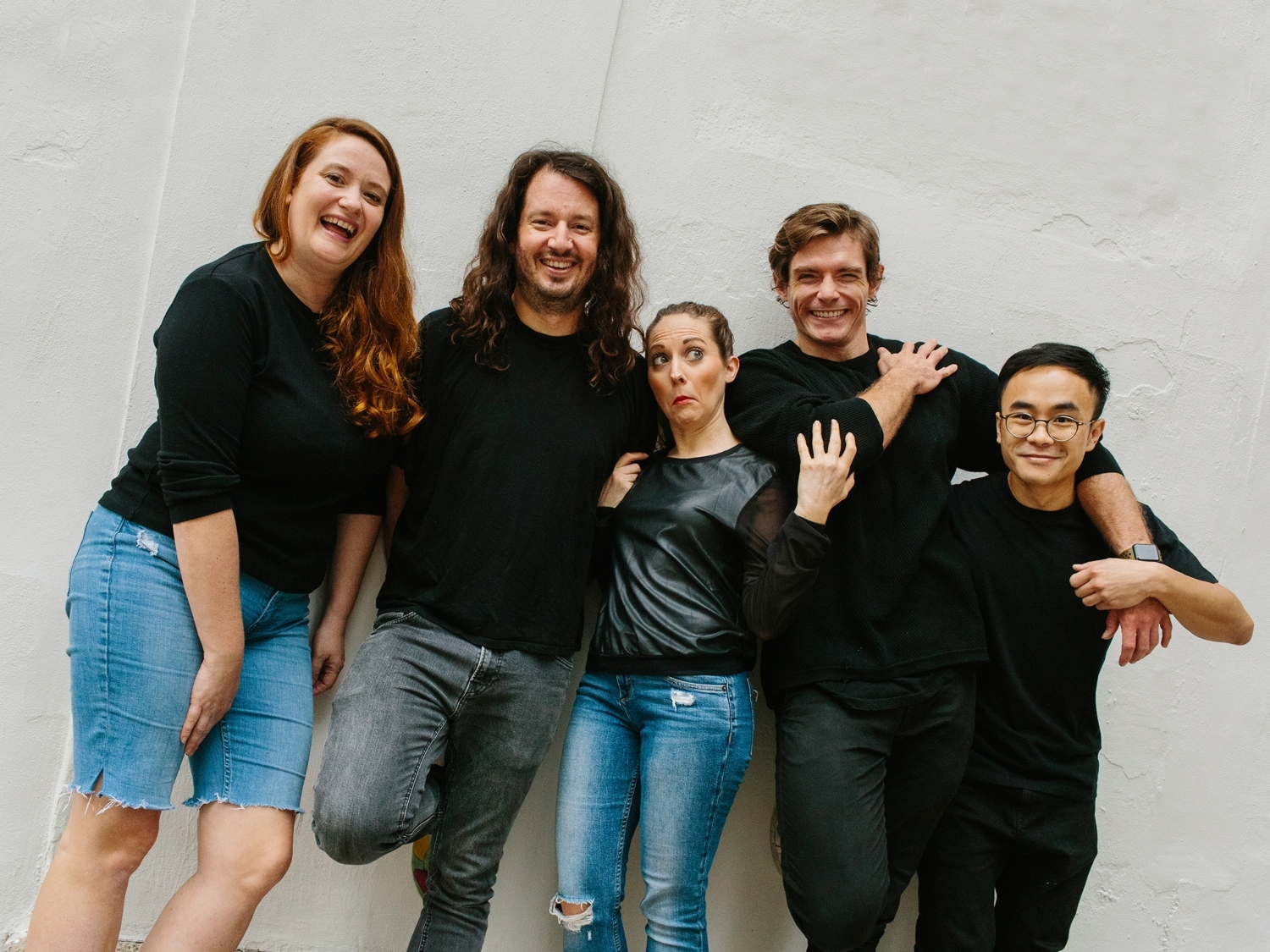 Now for the important questions. Firstly, if you could improvise alongside any historical figure – dead or alive – in a TBC show, who would it be?

Davina: Not exactly historical figures, but I’d love to perform with our other halves.

Glen: I think Lauren means a bodybuilder, like a strong woman. (laughs)

And finally, you’re stuck up a tree and there’s a bear pacing around below you. You have a tennis racket and some jelly beans. How do you escape?

Glen: The tree is my home now because of the hungry looking bear. So, I would somehow turn the racket into a banjo to pass the time.

Covin: ...And eat like one jelly bean a week until you die.

Jai: You could use the jelly beans to train a squirrel army to take on the bear.

Lauren: Take the jelly beans and throw them at intermittent intervals to create a trail for the bear to follow to then climb out. If you need it, you can use the racket to beat the bear!

TBC Improv HK performs a regular monthly show and holds intermittent improv workshops. For more information on upcoming shows and workshops or to buy tickets, check out their Facebook page @TBCImprovHK or their website: https://tbcimprov.hk/. 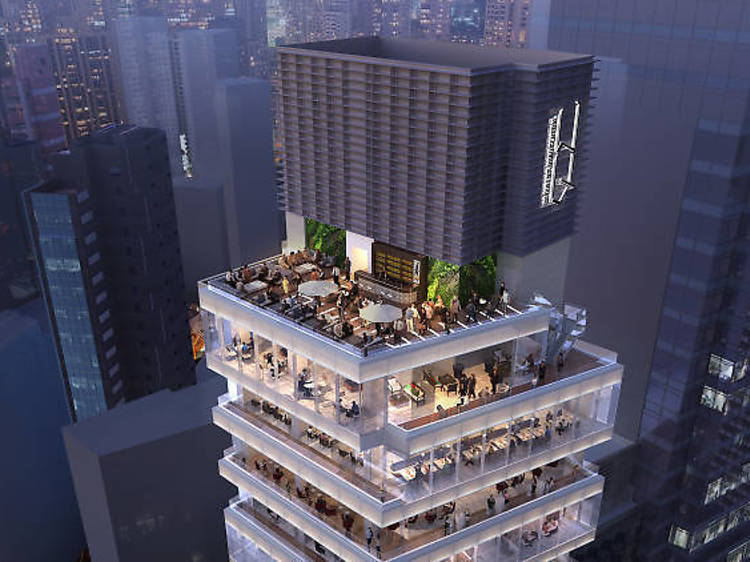 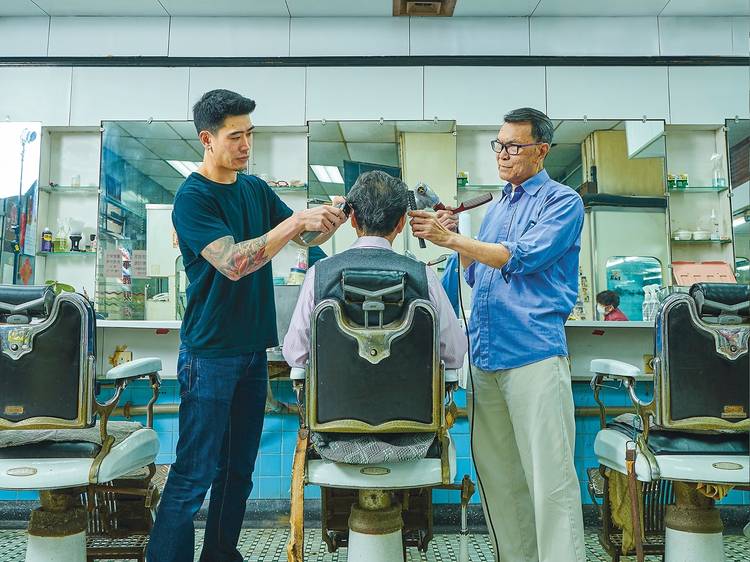 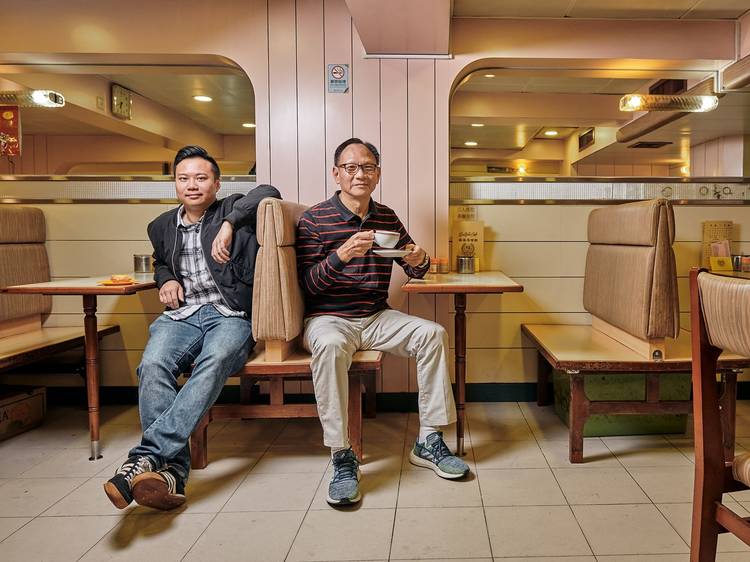 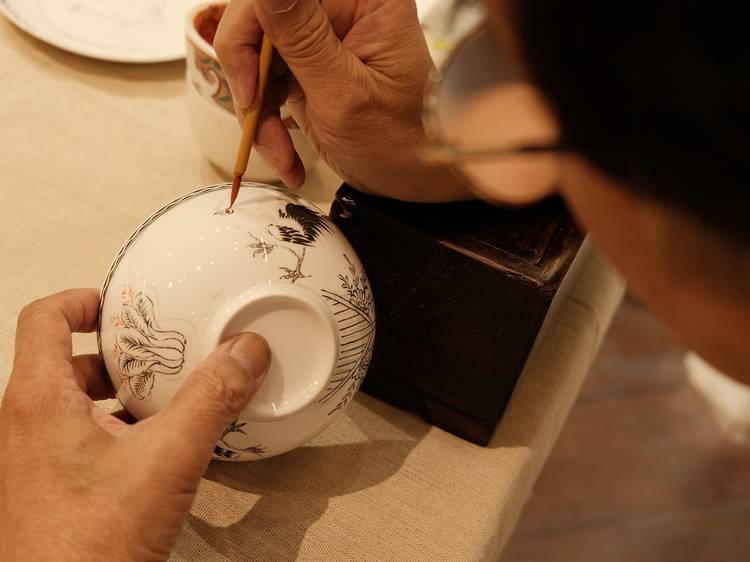