As the $133b Hong Kong-Zhuhai-Macau Bridge inches towards completion amid mixed opinions and rising costs, Oswald Tsang explores the potential pitfalls and benefits of the giant structure 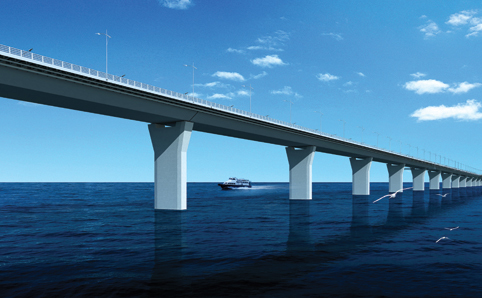 A rendering of how the bridge may look once complete

Can 50km of concrete, steel and tarmac bring greater integration within thePearl River Delta region, revive Hong Kong’s flagging economy and spur the city on to greater financial heights? That’s the question most people have asked about the Hong Kong-Zhuhai-Macau Bridge, which is scheduled for a grand opening in 2016. After all, advocates for the project have for many years now championed the structure as an economic saviour, a tourism booster and the most effective connection in the Pearl River Delta region.

Earlier this month, the government announced that it is seeking an additional $5billion in funding for an artificial island off eastern Lantau, which would form part of the bridge’s road network. That’s on top of the $83b that Hong Kong is already contributing to the $132.9b project. And, with this news, comes more speculation. Indeed, there’s now a greater need to reflect on whether the benefits of the bridge will ultimately outweigh the costs, especially as the money is coming from public coffers.

There’s also a need to look at whether Hong Kong as a city is set to get the best out of this colossal piece of infrastructure. It’s only fair to examine whether or not the newbridge will fail as a white elephant or herald the start of a beautiful relationship between the three cities that it links together. 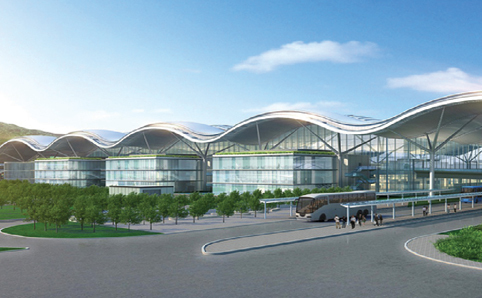 An artist's rendering of the passenger clearance terminal, which is to be built on an artifical island off Lantau 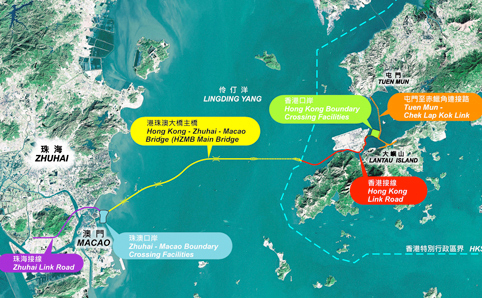 Supporters of the project cite the economic benefits alongside the expected increase in tourists and the revitalisation of the city’s property market as positive reasons for the bridge’s existence. Anti-bridge proponents focus more on the potential environmental damage, saying that it’s simply a vanity project. While both sides rant on, though, it’s ultimately the rising cost of the whole project that has provoked fresh debate in the past few weeks. “There’s certainly no economic justification in building a bridge,” says Bob McKercher, professor of tourism management at Hong Kong Polytechnic University. “When you look at the numbers, it’s a complete white elephant. It will never pay for itself. And, right now, the traffic flow will only ever go one way – and that’s from Hong Kong to Zhuhai and Macau. There just isn’t enough of a population to have traffic flowing the other way. And the only real beneficiaries of the bridge will perhaps be Disney, the airport and Ngong Ping. I can’t see anybody else in Hong Kong benefitting from it.”

In response to claims that the bridge will boost Hong Kong’s tourism industry, McKercher explains: “People in Zhuhai are not going to come to Hong Kong because they can get everything they need from Macau. The studies that I’ve looked at indicate that there was a huge demand initially, but other studies have indicated that the bridge would never pay for itself. To me, this is just another unnecessary piece of infrastructure that has been justified by the god of tourism, by people who just don’t understand tourism.” 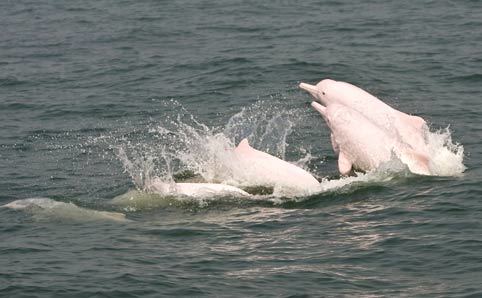 Ultrasonic problems: Pink dolphins live in the waters near the construction site

Critics have also pointed out the bridge’s contribution to air pollution and destruction of marine habitats, particularly in relation to the endangered pink dolphins living within the vicinity of the construction site. “The Environmental Impact Assessment only took into account the issue of piledriving for underwater noise reports,” says Gary Stokes, director of non-profit organisation Sea Shepherd Asia. “What they didn’t do is to consider the terrible everyday ongoing construction noise. Dolphins communicate and navigate through sound, so in human terms it’d be like being constantly blinded by a big, strong light. They wouldn’t be able to find their way around.”

It’s not all doom and gloom, though. Many pro-bridgers have a brighter perspective. Stephen Townsend, director of urban design at architectural firm Gensler Asia, proposes a more holistic view when it comes to the bridge’s pros and cons beyond Hong Kong. “I think that real estate prices are going to skyrocket in Zhuhai because of the bridge, like in Shenzhen 20 years ago,” he says. “It brings services and spontaneous informal access directly from Hong Kong that we didn’t have before. Now I can have a house in Zhuhai at a third of the price and three times the space, and actually work in Hong Kong.”

The bridge under construction (Image courtesy of James Wong)

Townsend continues: “I think the developers who own shopping centres in Hong Kong are going to be very happy once that bridge opens. And if you own property on Lantau Island, I think you’re also going to be happy that there’s now a marketplace that has direct access to the property market. I think the emphasis for growth in Hong Kong, considering the population will grow another two million in the next 15 years, will be around the Lantau, Tuen Mun and Sheung Wan areas. And a lot of that will depend on that connection to provide a balance of services, people and industry going back
and forth.”

“The bridge is beneficial in terms of trade, logistics and tourism by facilitating people and goods movements in the region,” says Allen Ha, chairman of the Lantau Development Alliance. “It will also be beneficial for our airport in terms of connectivity with the rest of the world. But, right now, if we just build the bridge, the tourists may still just go and stay at the traditional places [like Tsim Sha Tsui]. Our proposal then is to increase our receiving capacity in Lantau by building new hotels, which can help alleviate some of the tourist overflow in Hong Kong. Ultimately, we’re looking at a bigger area than Macau, Zhuhai and Hong Kong. We’re talking about the population in the whole Pearl River Delta, and allowing people to travel to a new place within an hour.” The Highways Department has also informed Time Out that ‘the journey time between Hong Kong International Airport and Zhuhai will be reduced from its current four hours or so to about 45 minutes’.

Despite all the conflicting viewpoints, the failure to integrate a rail link option as a form of public transportation is being viewed by both pro and anti-bridgers as a major oversight. “While [a rail link] would have probably raised the cost of the bridge considerably, it would have been fortuitous to have one, even if it just went to the immigration island between Zhuhai and Macau,” says Townsend. McKercher goes even further on the subject: “In light of concerns over air pollution, why the hell
are they building a bridge to put in more vehicular traffic? Why didn’t they also include a rail link to move people efficiently from border to border?”

Whether or not the Hong Kong-Zhuhai-Macau Bridge brings any or all of its predicted benefits remains to be seen. And whether it affects the environment as much as some expect it to also hangs in the balance. But either way, the city is paying for it right now in hard cash. Like a car on the hard shoulder of the bridge, there’s no turning back. “It’s too late – we’re already building it,” says Townsend. “We can’t fight it. As a community, of course we can complain about it all we can. But I think we now need to figure out how we can make it work and how we can protect the areas of Hong Kong that we love from overspeculation and overexploitation.”

Find out more about the plans at hzmb.hk.