Oh, how we miss the good old days when the only thing we had to worry about was how to carefully spend our allowance on snacks and street food, before getting off school and back home in time to catch our favourite cartoon. Rather than talking about the latest news headlines, topics of discussion among friends revolved around the latest episode of the hottest cartoon, and why Mewtwo will always be better than Arceus (any Pokemon fans?) If you're desperately missing those days, then join us as we take a look back at some of our favourite cartoons from the 90s. Enthusiastic singing to theme soundtracks is highly encouraged.

RECOMMENDED: Too sophisticated for cartoons? How about some kung fu movies made right here in Hong Kong?

Best cartoons from the 90s 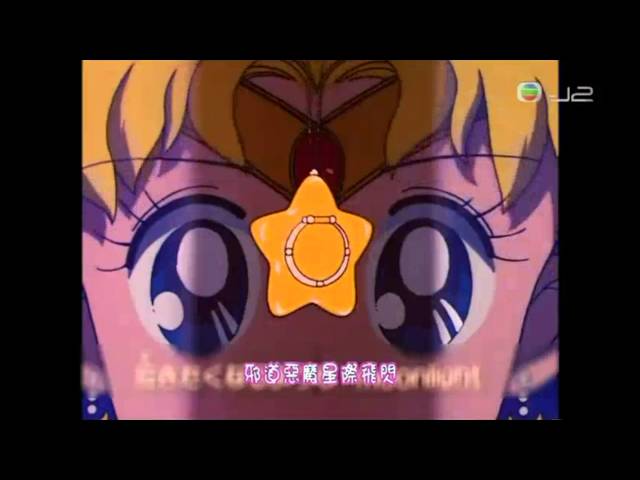 Obviously, Sailor Moon has to be included. As one of the most influential cartoons to have ever graced our screens, Sailor Moon is still massively popular nowadays. Apart from Sailor Moon merch and knick-knacks, and the occasionally 'real-life' Sailor Moon you see on Halloween, the cartoon has also done numerous crossovers with big name brands like Anna Sui, Maquillage, and Sketchers. On a side note, did anyone ever swoon over Tuxedo Mask, the handsome masked vigilante, as we did?

Walk down the street and ask any 90s kid about Chibi Maruko-chan, and they'll be able to sing you the whole theme song from start to finish. No? Just us? Following the everyday life of Maruka, who always runs into some kind of trouble, the cartoon is one of those shows that we could all relate to as a kid – mainly because of her laziness, tardiness, and absolute hatred for chores and homework. This show is well-loved not only because of the funny and relatable moments but also because of the heartwarming family dynamic – a true classic. 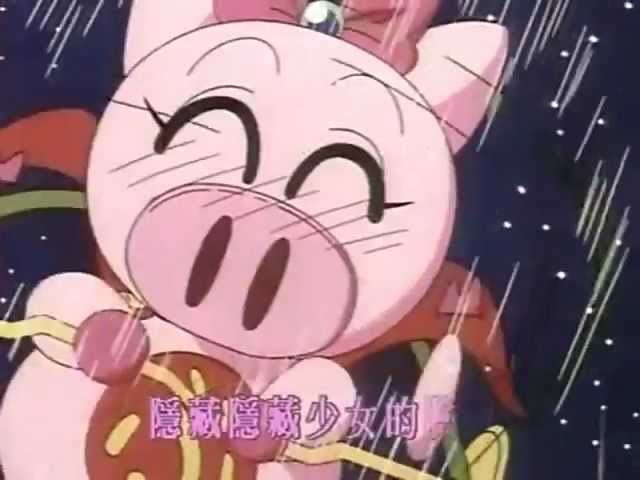 You'd think that any power-up transformation in a cartoon will put its main character(s) in awesome battle gear, or in Sailor Moon's case, short mini skirts – but not Tonde Burin. When trouble arises and there's someone crying out for help, Tonde Burin comes to the rescue, in the form of an adorable pink flying pig. Brave and daring, yet shy and ditsy, Tonde Burin is definitely one of our favourites. 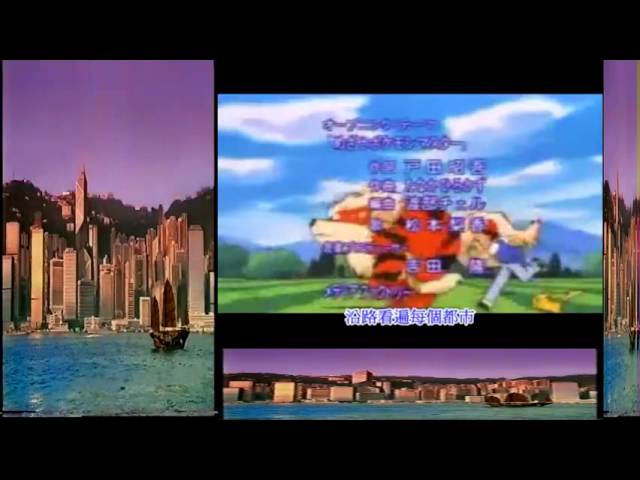 Do we really need to explain this one? This cartoon was so popular that everyone has tried doing their best Pikachu impression at least once as a kid (Pi-ka-chuuu!). And let's not forget about those Pokemon cards. Way before any app game that had us obsessively walking around the streets like weirdos, every breaktime, groups of kids would huddle around to show off and swap cards in order to complete their collection. If you still have a few on your hands, take good care of them because some of them are now worth thousands of dollars, if not more! 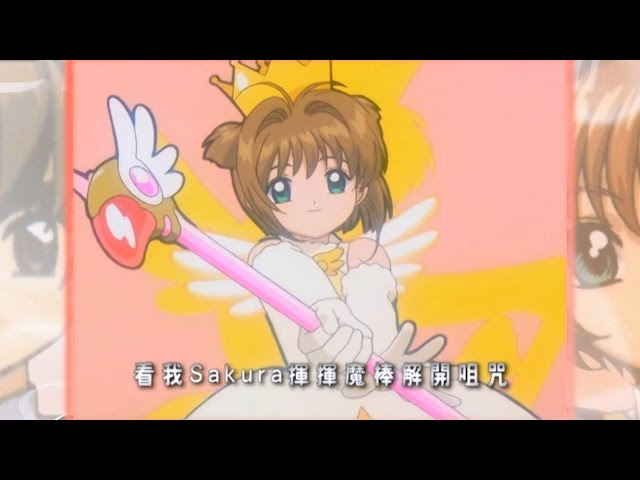 Cardcaptor Sakura and her adorable sidekick (who is actually the guardian of cards) have definitely made a strong impact on our childhood days. Even if you didn't watch it as a kid, we're sure you would still recognise the theme tune. At the height of its popularity, Sakura's magic wand was on every little girl's Christmas wish list. I mean, how else were we going to activate our superpowers and retrieve magical tarot cards in order to prevent an unknown catastrophe from befalling the world?

Cheeky, lazy, and just a tad pervy, Crayon Shin-chan is one of those cartoons that everyone knows and loves. There are no evil forces to fight against or magical transformations, but the hilarious family dynamic and tongue-in-cheek jokes are enough to make you love Shin-chan. It's packed with real, genuine laugh-out-loud moments – even if you think you're too old for cartoons.

If there was anything that we wanted in real life from any of these cartoons, it had to be Doraemon, also known as 'ding dong', and all his amazing gadgets. A wooden door that can transport you to anywhere in the world? Yes please. A piece of bread that lets you remember anything in a textbook? Yup, definitely need that. A magic table cloth that can prepare an entire meal for you? Take our money now.

Ever wondered what goes on inside a ninja school? Well, if it’s anything like this cartoon, you can expect there to be plenty of laughter as Rantaro, an aspiring ninja, and his two best friends get up to shenanigans in and outside of the school. While there were never any intense fight scenes – as one would expect to see from a ninja-themed cartoon – we loved this show because it was always lighthearted and filled with hilarious moments that only seem even funnier when you watch it back as an adult. There are still occasional reruns of the show on TV if you’re lucky enough to catch it. 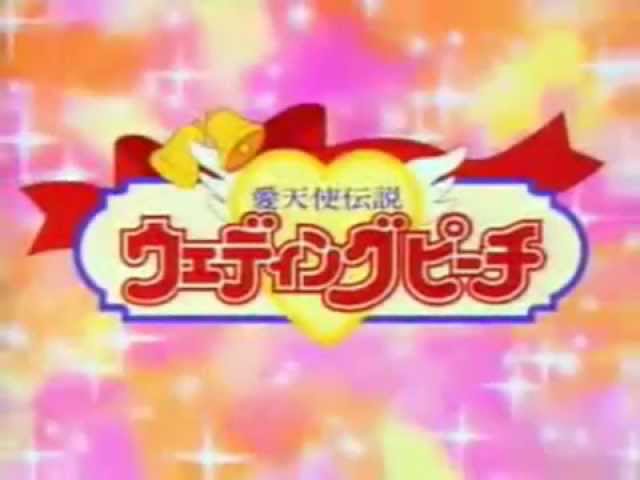 Written by Sukehiro Tomita, who also wrote for Sailor Moon during its early days, Wedding Peach is often referred to as the 'sister-show' of Sailor Moon. Both cartoons are based around high school girls who were destined to save the human race and ward off evil spirits, and features magical gadgets that give them the power to transform into their battle gear – or in this cartoon’s case, wedding dresses (because brides kick ass?) Sadly, the show is not as popular in modern-day culture as some of the other shows on this list, but it is nonetheless a classic. 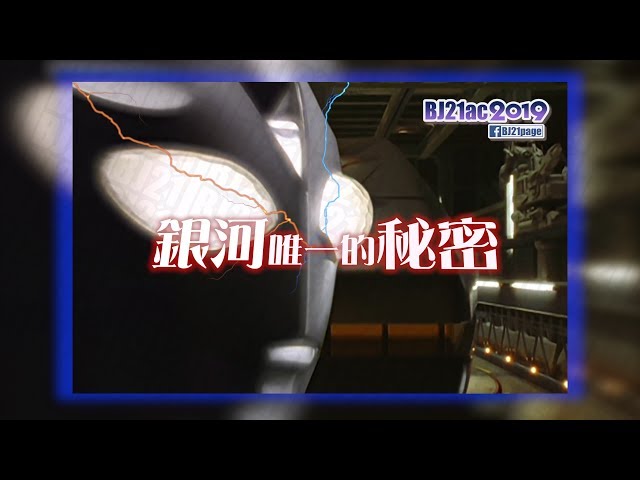 Despite any of the tacky costumes, cheesy storylines, and predictable fight scenes, Ultraman Tiga was still way better than any superhero movie on the silver screens. Affectionately known as the ‘salted egg superman’ to many Hongkongers – a reference to his round, egg-shaped eyes – Ultraman is an alien that fights off, er, other aliens, as well as any Godzilla rip-off monsters that threatened civilisation. But perhaps the thing we all loved most about the show was the theme song, sang by none other than Eason Chan... "Tiga, tiga, tiga!" 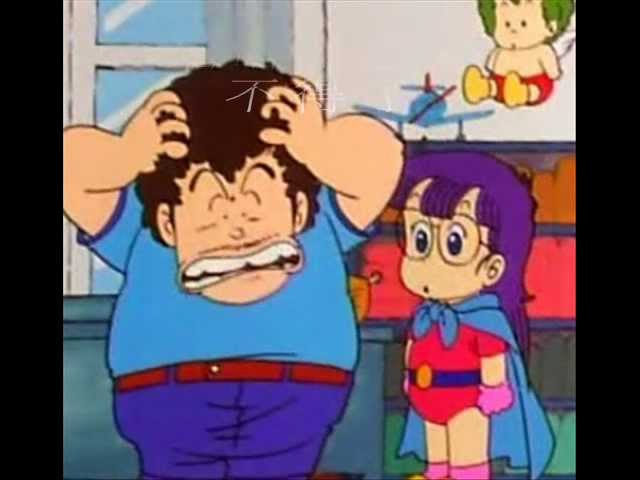 A genius inventor creating a little girl robot – this plot may seem a little dodgy in today's context, but we assure you it's nothing but innocent. Created by the same author behind Dragon Ball, this show won the keys to our hearts with amusing storylines based around the little girl robot's misunderstanding of humanity. But in all honesty, it was all the fart jokes and toilet humour that really got us laughing. It’s the perfect antidote to a bad day.

Get nostalgic with these 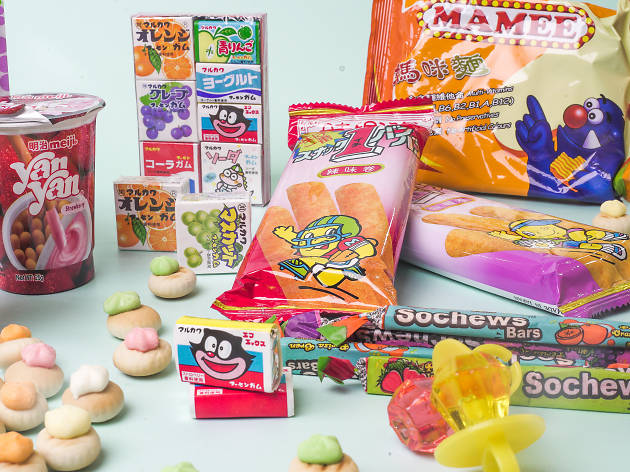 Great snacks to go with your favourite cartoon 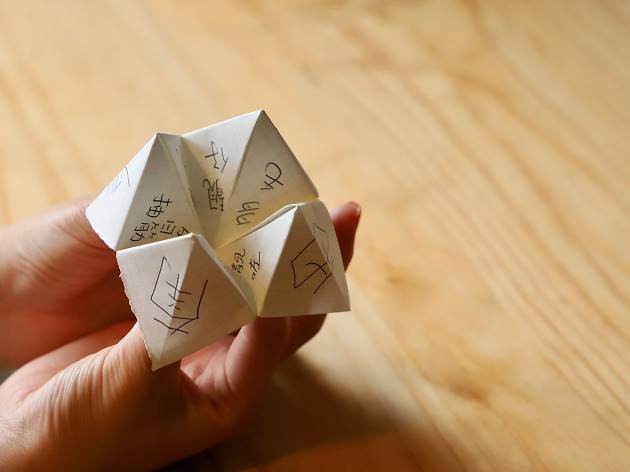 Relive your childhood days before we all became tech-obsessed, Mario Kart-drivers, and phone-bound Pokémon trainers of today