The legendary Hong Kong action maestro talks about his latest film, The Crossing

When we meet John Woo at a hotel near Wangfujing, the whole place is in a state of preparatory urgency. PR people buzz about while workers construct scaffolding for a set that will host a press conference later in the day for The Crossing, Woo’s latest feature.

The director doesn’t seem fazed by the hullabaloo around him. Compared to the massive historical epics and intense fight scenes he’s crafted over his career, the set-up in the hotel must seem fairly trivial. Woo has enjoyed a long, diverse and highly influential career. Starting as a kung fu film director, he released a series of action films in the 80s and 90s that were definitive for Hong Kong cinema and beyond, continuing to influence just about every action thriller today. Woo then broke America, making big-budget, muscular Hollywood films with Western A-listers, like Face / Off with Nicolas Cage and Mission Impossible II starring Tom Cruise. Since completing historical behemoth Red Cliff in 2008, Woo has turned his skills towards China once more.

Whether in Hollywood or the People’s Republic, however, Woo has generally focused hard on bullets and swords rather than tears and heartache. So his newest feature is a typically daring shift. The Crossing is a historical romance based on the true story of the sinking of a ship, the Taiping, in 1949 – a tragedy that killed over 1,500 people, many of them refugees fleeing the Chinese Communist Revolution to Taiwan.

Despite focusing on two lovers separated by war, The Crossing still fits with the rest of Woo’s oeuvre in terms of its intensity. It’s so large in scope and scale that it will be split into two parts, with the first out this month. It’s international in its focus, featuring not just Chinese stars like Zhang Ziyi and Tong Dawei but also actresses from Korea and Japan. And yes, alongside the romance at its centre, the film won’t be lacking in the intense battle scenes that make Woo special. By Aaron Fox-Lerner

What drew you to this story?
I was very interested in doing a film that concerned love. I wanted to make an epic like Doctor Zhivago. When the KMT [Kuomintang political party] was being defeated [by the CCP], there were many people who wanted to flee to Taiwan. Many people were on the Taiping when it sank and even though this was a tragedy, it’s also a story of hope, kindness, survival and faith.

How much of the film is fictionalised?
About 50 percent is based on true events. Some of the characters are from real history; a few of them are still alive. In Keelung harbour in Taiwan, there’s a memorial and every year some people from the victims’ families or very old survivors go to remember the event.

What made you want to make a romantic drama?
I’m a romantic. I had a great desire to make a love story. I’d been dreaming of making a love story for a long, long time. I’m not violent. I love life and I love human beings. Actually, I just wanted to make a human story. I was deeply moved by the script, I loved all the characters and I waited fifteen years for this.

Do you think this will be accessible to international audiences?
This is a romance, and love is a universal thing. Despite the fact that this film involves a sinking, war and tragedy, I’m not focusing too much on the historical context. I’m actually focusing a lot on human nature and hope. Production-wise, we had a fantastic crew from everywhere. We had Americans, locals, Koreans, Japanese, so the style and technique is very international. People will see it and think this is an international production.

How do you feel about this being your first 3D film
You know, I never liked 3D [before]. It’s fun to watch, but it’s not my style. I couldn’t imagine a love story in 3D, what it would look like, because my movie is so emotional and all the 3D movies I’ve seen didn’t much care about emotions. They’re mainly just action or some great visuals with something flying out. All the props or the cars look like toys, big toys. But [in my films] I have a lot of close-ups, a lot of beautiful shots of great moments from the actors’ performances, and I didn’t know how the audience might feel, because 3D has no focus; everything is clear. In normal 2D movies, all the focus is on the actor’s face and everything else is blurry, so you won’t focus on the blur, you’ll focus on the tears. So that bothered me.

But after they made a sample, I didn’t feel too bad. It’s quite good. We added to the movie, to extend the shots a little longer to make the audience focus on the actor or the story more than the other stuff. On the other hand, our movie has so many big scenes, like a beautiful dance scene, and action sequences and the boat-sinking scene, the crash. It looks pretty nice in 3D.

Are you still planning to remake Seijun Suzuki’s cult 60s yakuza film Youth of the Beast?
Yes, we just need to get the financing. I love that movie. I love that director. I really respect that director. He was the first one to establish a new style, a different style, for Japanese movies. His movies always gave me a very happy time in my youth.

What other projects are you planning?
Flying Tigers. It’s an American and Chinese co-production. It’s the story of the American-Chinese air force; they worked together during the [Second World] War. It’s a very ambitious project. It’s big, and it’s a fun movie. I think it’s more of an American film, but there are a lot of Chinese aspects.

Do you plan to return to Hollywood?
Yes. I like Hollywood. Everybody is so professional; everyone knows what they’re doing. In this country, we have a lot of good people to work with but it’s still not as professional. I also like to work in different countries. That’s my dream. I might make a movie in India, I’ve been invited so many times. I also want to make a movie in Iran and in Germany. I love travelling and I love to learn from different kinds of cultures and people, so my desire is to work with different countries for the rest of my life. 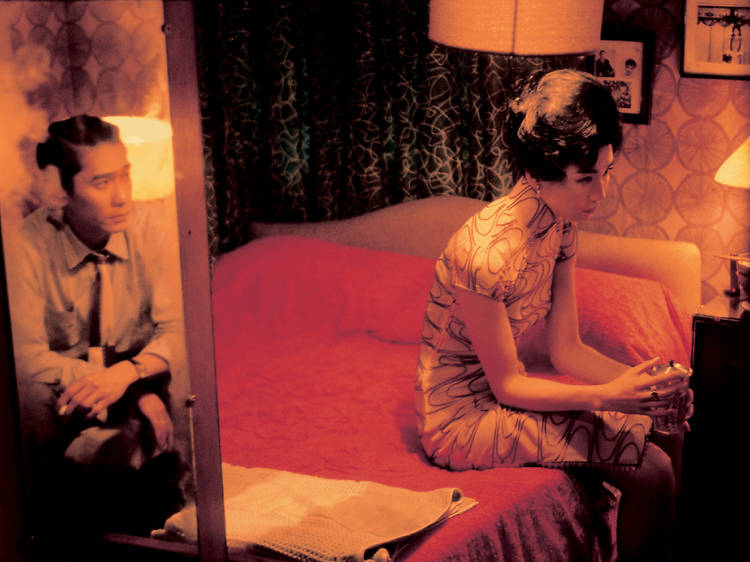 From Bruce Lee to Wong Kar-wai, these are the greatest Hong Kong films ever made.