There are an awful lot of beer festivals in Hong Kong these days. Not that we’re complaining. The more, the merrier, as far as we’re concerned. This summer alone, we’ve already had two major festivals. First there was the Young Master Beer Invitational, which showcased hundreds of beers from nearly two dozen world-class craft breweries at House 1881, and then came Beer We Go, a first-of-its-kind festival in Hong Kong that paired craft beer with music performed live by indie acts from around Asia.

Held at Asia Society, Art of Craft features the rarest and most inventive beers from 11 craft breweries in Asia and beyond. Those include Mikkeller (Denmark), Heart of Darkness (Vietnam), Glass Hammer Brewery (China), Moondog (Australia), Three Ravens (Australia) and Smedsbo Slott (Sweden), as well as Hong Kong’s own Carbon Brews, Heroes, Moonzen, Young Master and Yardley Brothers. Lambics, wheatwhines and brut IPAs – sour, spontaneously fermented, barrel-aged and smoked – the beer list is wild and varied, and yet there should be plenty of accessible options for newcomers to craft beer.

The breweries won’t just be pouring boundary-pushing beers, though. They will also be displaying unique works of art that reflect the spirit of their brands. See something you like? You might be able to buy it. A range of original prints from artists like Ben Appleby, the visual mastermind behind Yardley Brothers’ vibrant designs, will be available for purchase.

Art of Craft arrives at a time when the pivotal role that art now plays in the industry is becoming clearer. Not only does great design align with the independent ethos that fuels craft beer, it also allows for small breweries with small-brewery budgets to distinguish their products on increasingly crowded shelves. That’s just one reason why label art has boomed worldwide, developing into a medium compared to album art and comic book covers. In fact, several designers have seen their visual work reach audiences of millions largely because of craft beer. For example, Keith Shore, the graphic artist known for his work with Mikkeller, has watched his work gradually become as iconic as the beer brand it represents.

But the intersection of art and craft beer doesn’t end with inventive labels. Underground music and local food play equally large roles in the movement. To that end, the festival is featuring live music from the likes of Shumking Mansion, Ballychunder and Jimmy’s Jazz and The Young Bucks, as well as food from local vendors like Chang’An Taste and Lamma Island institution Dale Candela.

All this and more is happening at the Asia Society’s historic Hong Kong Jockey Club Hall and Lippo Amphitheatre – a perfect venue for what might be Hong Kong’s most creative craft beer festival yet.

Art of Craft runs from 2pm to 9pm at Asia Society Hong Kong. Early bird tickets are on sale at Ticketflap, starting at $300 for a half day pass and $550 for the full day. That includes free-flow pours from 11 craft breweries, an exhibition of 22 pieces of original art and live music and entertainment throughout the day. 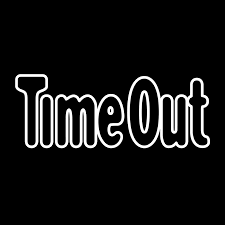