Like Shane Osborn himself, Cornerstone is unswervingly genuine, humble and understated

Fresh off his appearance as a finalist on Netflix’s The Final Table, Shane Osborn surreptitiously returns with ‘casual neighbourhood bistro’ Cornerstone. Running the show are head chef Neal Ledesma and general manager Didier Yang, both graduates of Osborn’s similarly low-key yet Michelin-starred Arcane.

We arrive early, hearing about the no-reservations policy, and, happily, there’s a table for two. But soon enough, the 24-seat dining room fills up with a young crowd of couples and professionals. Four of those seats are stools at the stylish faux-marble bar which serves as the base of operations for the sharply dressed waiters.

Looking around, it’s like a cool, minimal version of a 1960s living room, accented with muted shades of grey and teal. Sage banquettes run along each side while art deco lamps provide a sultry glow. It’s all very Sean Dix, the designer behind every restaurant in Hong Kong with a bit of cash, including Yardbird and Black Sheep Restaurants’ New Punjab Club and Belon among many others.

The fifty-strong by-the-bottle wine list is predominantly French, Italian and Spanish with some new world options. Yang, who is also the sommelier, recommends the pleasingly dry Nino Franco prosecco, which whets the appetite nicely and is one of a handful of affordable options available by the glass.

We decide that the steak tartare ($168) is a good place to start – a measure of any restaurant worth its salt. The raw beef is matched by baby artichokes and a remoulade of celeriac. Grated cured egg yolk replaces the normal raw yolk, perhaps a nod to Chinese tradition, while tiny capers give a salty, tangy hit. The whole thing comes together into a few refreshing mouthfuls.

Next up is the cherry tomato ($108) with basil pesto, burrata and oakleaf (while impressive-sounding, this is just a leaf of lettuce). The pesto, vibrantly green and fresh, brings the simple dish together. A classic match for the creamy burrata and fresh cherry tomatoes, which are covered in coarse black pepper and earthy, cumin-like onion seeds.

Three of these opening small plates is about right, and the highlight is the hamachi ($158), topped with julienned cucumber and tiny rings of pickled pearl onion that provide little pops of acidity. The hamachi, a summer favourite in Japan, shines in this light and elegant dish, which goes particularly well with a glass of Feudi di San Gregorio’s 2017 Greco di Tufo, a perfectly balanced white from Campagnia in southern Italy.

Onto the second section of the menu, the jumbo quail ($188) – served with chickpeas, chorizo and choy sum – is cooked very nicely, as rare as they can get away with, and seasoned well. The chickpeas are a little grainy but overall it comes together well, like a pared-back smoky, garlicky Spanish cassoulet. Octopus ($168) with red pepper, seaweed, potato and caper berry delivers a good contrast of textures between the crispy suckers and meaty interior, and the soft potato salad and chewy seaweed on top.

We could have easily put away three mains between the two of us and soon thoughts turn to dessert. I catch a note of Jack Johnson over the chatter and realise the music has hardly caught our attention. We do notice that the waiters, although friendly and knowledgeable throughout, have become less attentive. Having said that, it’s easy enough to get their attention in the tight space.

We try the 2015 Riciotto Di Soave from Veneto. It’s a very sweet dessert wine on its own, but pairs brilliantly with the 24-month-aged comte ($98). Those two years were well spent, this funky cheese is full of crunchy salt crystals and is excellent with thin toasted slices of nutty bread and fresh green grapes.

We end on a high. The lemon posset, ($78) with fresh strawberries and mint, is sweet, tart and very refreshing, and topped with a toasted meringue crisp which is pleasingly crunchy and smoky.

Overall, you can’t argue with the quality of the food, service or atmosphere at Cornerstone. But then again, there’s nothing particularly exciting about it either. No dish wows us. Like Arcane, the restaurant is all about subtly and discretion. But there’s bravery in not hiding behind big, bold flavours. The standard of cooking has to be consistent and on-point. Here, seasonal ingredients are allowed to shine, which shows a level of care and attention lacking in so many new openings.

You can see Cornerstone becoming a firm neighbourhood favourite for both residents and corporate crowds. In the long term, it will benefit from staying true to itself and not trying to be all things to all people. Becoming a cornerstone of the community is perhaps the aim.

Like Osborn himself, Cornerstone is unswervingly humble, understated and genuine,  marrying pared-back aesthetics and quality seasonal ingredients, to a commitment to excellence in the kitchen. By Sam Sinha 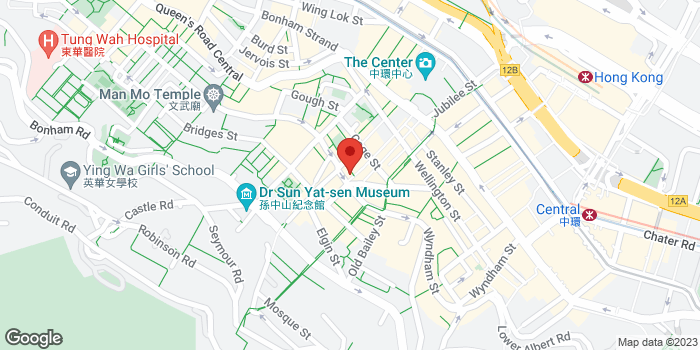