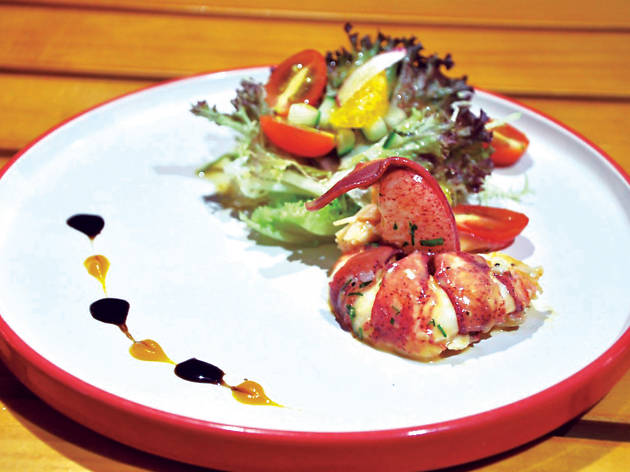 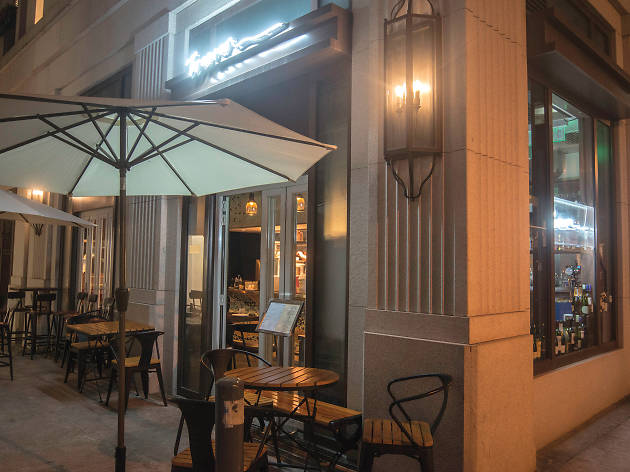 A French restaurant that lies somewhere between a gourmet palace and a casual bistro is still a rare sight in this city, which is why Warren holds plenty of promise. Tucked away down an alleyway in Tai Hang, this new intimate eatery is touted as both refined and relaxed, offering only three and four-course dinner sets for $360 and $400 respectively.

When we arrive, we’re seated in a red booth. An open kitchen with a tiled mosaic counter dominates the amber-lit space, which seats about a dozen diners, with a few more tables going alfresco – plenty of date night potential. Satisfied with our environs, we dig into our starter, pan-seared foie gras. Gently caramelised on the outside, it’s fatty and moist the way we like it and comes accompanied by the acid accents of port wine sauce and balsamic vinegar, as well as a sweet mango chutney with ground peanuts.

Buoyed by the success of the starter, we move on to the French onion soup. And this isn’t a gooey, cheesy version of the dish. Rather, it’s a more subtle triumph – sweet rather than salty, with just a tiny dash of stringy Gruyère and brimming with broth-soaked onion slices to chew on. Then it’s our main’s turn to shine, a surf ’n’ turf that costs an extra $60 and is, a looker, consisting of a vermilion swirl of lobster tail arranged next to a handsome cut of sirloin. The crustacean is jelly-like and succulent and despite the steak being slightly on the tough side, the flavours still work well together. The mushroom gravy is stellar and filled with fragrant pieces of sweetcorn.

Overall, we’re impressed by what Warren’s kitchen is cooking, as well as its friendly and efficient staff. The menu changes every month or so, we’re eager to return to this not-too-posh, not-too-casual French culinary champion.