London Cocktail Week turns ten this year, and, unlike most ten-year-old’s birthday parties, there will be lots of booze to celebrate. To get you in the mood, we’ve come up with drinks that define each decade over the last 100 years (think negronis in the 1920s and piña colada in the 1970s) and picked the best places to drink them in London. Bottoms up!

RECOMMENDED: The best bars in London 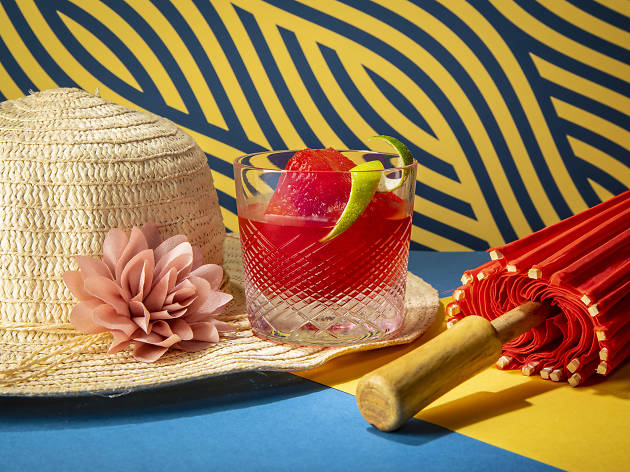 This red recipe for a hangover was invented in 1919 in Florence. Apparently we have a count named Camillo Negroni to thank for that. He asked a bar to add gin to his Americano cocktail (vermouth, bitters, and soda). One hundred years later and the Negroni’s as strong as ever, and we don’t just mean its booze content…

How to drink it now? The Vesca Negroni at Fitz’s Bar is a White Negroni. Luxardo Bitter Bianco is used in place of the usual Campari and white vermouth is championed over the red stuff. It’s poured over a pink, globular ice cube made from woodland-grown strawberries, coconut essence and rosehip liqueur. Watch your drink change colour as it dissolves. 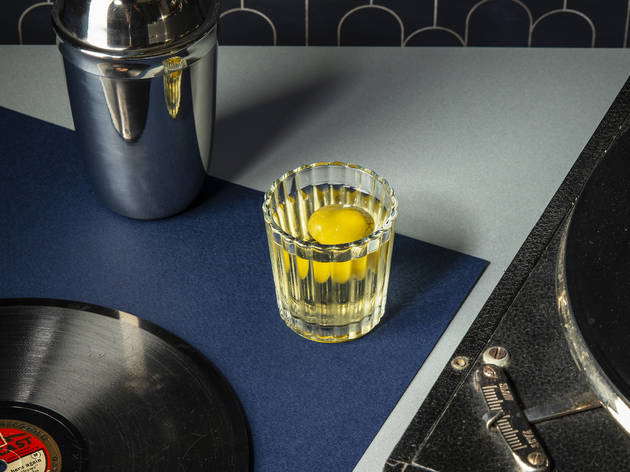 Although invented in the mid-1800s, this classy, er, classic was popularised after its inclusion in bartender Harry Craddock’s seminal ‘Savoy Cocktail Book’ in 1930. This booze bible features a Dry Martini as well as an orange bloom take, a brandy-boosted one and a roided-up special made with absinthe.

How to drink it now? London might be one of the best places to sip a perfect gin martini – just look to The Connaught Bar for a brilliant one – but the One Sip Martini at Elementary is the most special in the city. Made with a shot glass of vodka, vermouth and sherry and with a blue-cheese-stuffed olive floating inside, it’s playful, delicious and even low ABV. 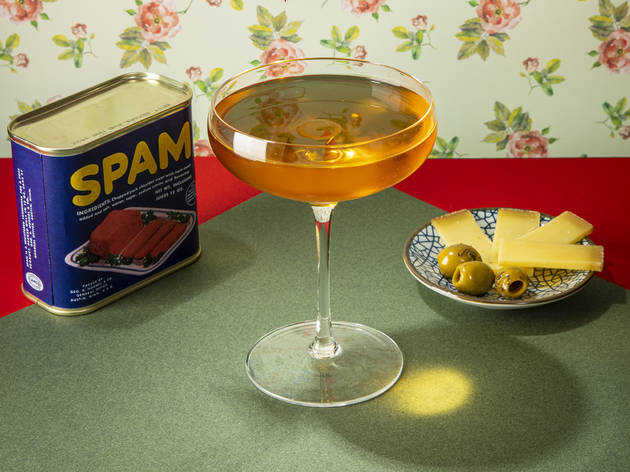 Enjoyed as the ultimate hair of the dog for decades, this hangover-friendly tomato juice concoction has its roots in Hollywood and New York. By the 1940s it was in vogue around the world’s culture capitals. Ernest Hemingway was a fan – and if Hemingway knew anything, it was how and what to drink.

How to drink it now? The Bloody Martini at Coupette is a silky version of the drink spiced up with vodka and paprika. Tasting like tomatoes picked fresh off the vine, it’s served with slices of comté on the side. It’s a crime that more cocktails don’t come with a cheesy chaser. 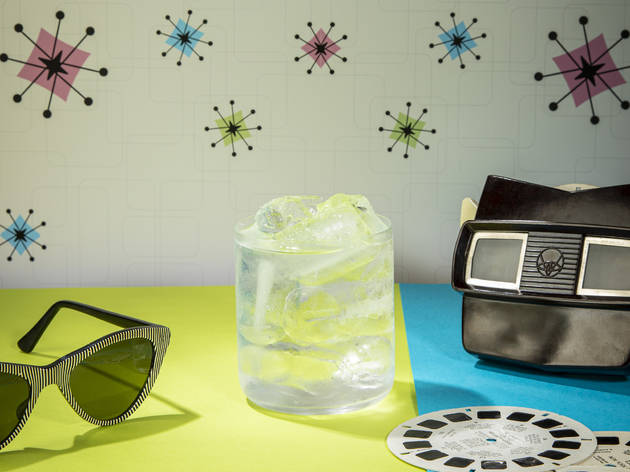 The origin of this tequila and lime cocktail is hotly contested: was it created by a Texas socialite at a house party or a Mexican bartender making a drink for a fussy customer? What we do know is that it gained superstar status in 1950s, in part because electric blenders made Frozen Margaritas possible. Thank you, tech developers!

How to drink it now? The totally transparent and devastatingly delicious Mirror Margarita served at Dalston ‘agaveria’ Hacha has the same sourness and salinity you’d hope for from the classic version, despite its shimmeringly see-through appearance. You’ve never seen (or tasted) a Margarita like this before! 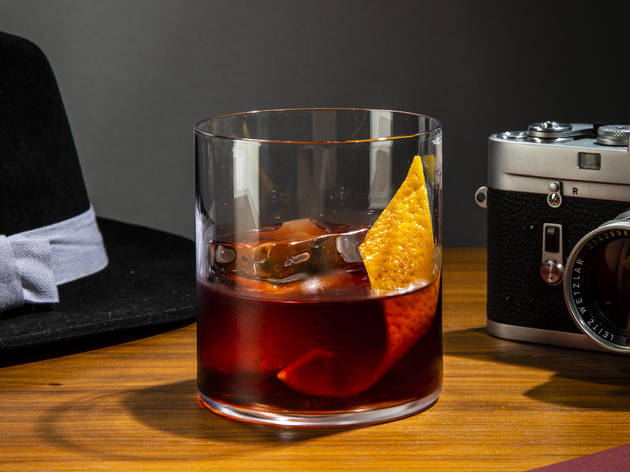 Whiskey, bitters and sugar has been mixed into Old Fashioneds since the 1800s, but if ‘Mad Men’ is to be believed, people in the ’60s were basically drowning in this classic cocktail (lucky them!).

How to drink it now? Fat-washing (sounds yuck, but isn’t) is now a common method in the coolest bars to impart extra flavour to an Old Fashioned. At retro spot Supermax, cocoa butter is used to create a chocolatey Scotch-based version that’s to die for. Walnut wine adds a dash of sophistication those Mad Men would definitely approve of. 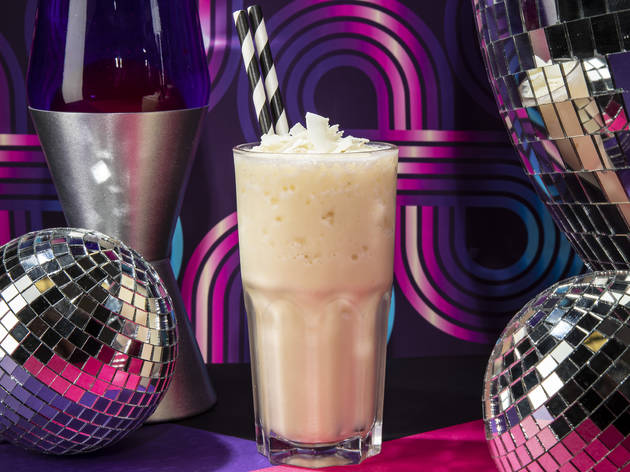 Enter the era of the disco drink: where parties were awash with very kitsch cocktails served in out-there glassware and featuring tropical garnishes. And what could be more party than the Piña Colada? The Puerto Rican national drink was popularised by tiki chains. By 1979, Rupert Holmes had even written a song about it.

How to drink it now? Zero percent! Dishoom’s five London branches serve up a version called Alfatoon’s Colada. It’s a sober, satisfying take on the bevvy made from pineapple and coconut, but without the usual rum. Instead, it’s spiked with chai syrup, lime juice and a dash of coriander – so it’s still a party drink, as far as we’re concerned. 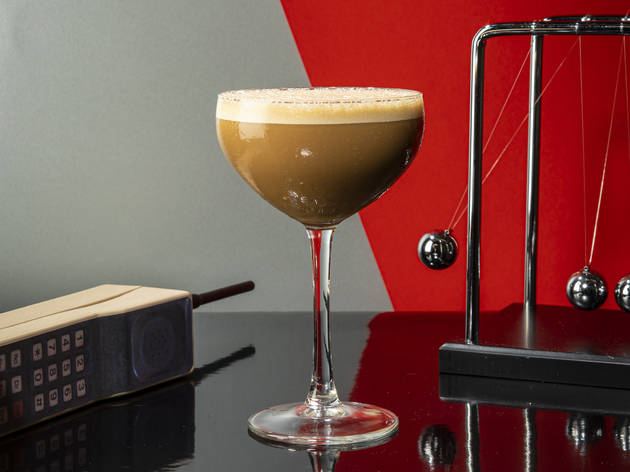 The story goes that the Espresso Martini was first thrown together in a bar in Soho in 1983 by late, legendary bartender Dick Bradsell, when a customer asked for a drink to ‘wake me up, and then fuck me up’. Over time, the coffee cocktail has come to hold a cult-like cachet in the capital.

How to drink it now? Hundreds of London bars serve Espresso Martinis, but the coolest are doing cold-brew takes on the cocktail. The Phuket Martini at Every Cloud uses Mr Black cold brew liqueur plus Vietnamese coffee, and describes itself as ‘an Irish coffee on a gap year’. A good night on these and you’ll probably feel like you’ve washed up on the beach the morning after. 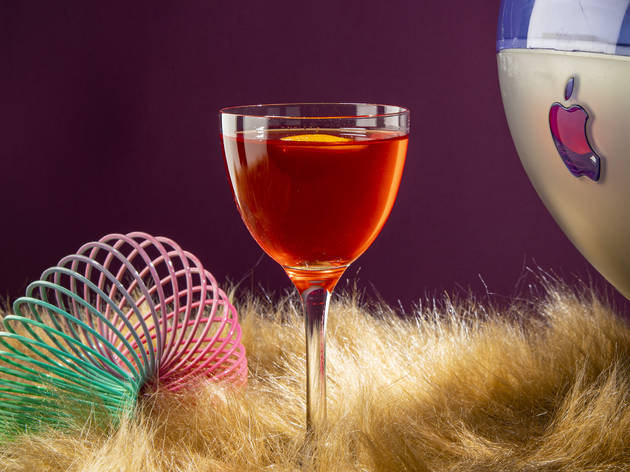 The ’90s saw a cocktail renaissance. Fresh fruit-packed drinks upped boozers’ vitamin C as well as their alcohol tolerance. The fruitiest of them all has to be the Cosmopolitan. Dale DeGroff kickstarted a new trend for the tipple by adding a flamed twist of orange (ooh!) to it at his bar in New York. Madonna drank it; Carrie Bradshaw drank it; hell – everyone drank it.

How to drink it now? Get one at Dalston’s Three Sheets. Fermented cranberries give even more intensity (and hot-pink tones) to the bar’s Cosmo, while orange-flower water and orange neroli give it a sophisticated, Gimlet vibe. It’s not always on the menu, but it’s so popular that they keep a pre-batched bottle on standby. 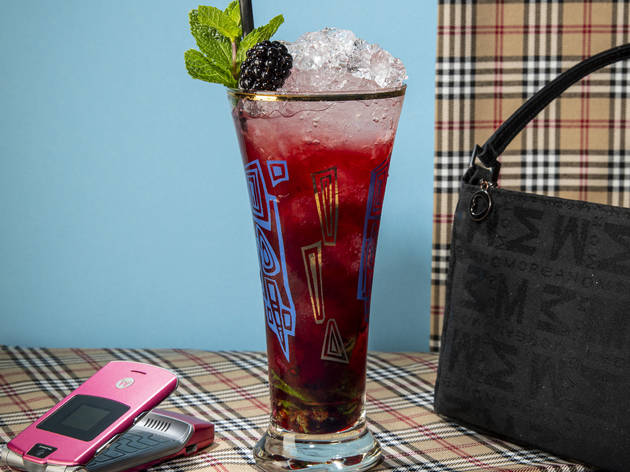 Let’s not lie, the noughties were defined by alcopops and vodka-Red Bulls. But you also couldn’t move for Mojitos. (Maybe the fresh minty Cuban number was a palate cleanser after all that sugar?) In fact, the drink swan-dived into popular culture as the best thing about Bond movie ‘Die Another Day’ in 2002.

How to drink it now? Disco den Ruby’s in Dalston serves its cocktails three ways – ‘standard’, ‘experimental’ or ‘premium’. The experimental Blackberry Mojito is the best, fruity route for our money, with lime, mint, blackberry, rum and crème de cassis smashed over ice. No need to resort to a Bacardi Breezer for your sweet fix. 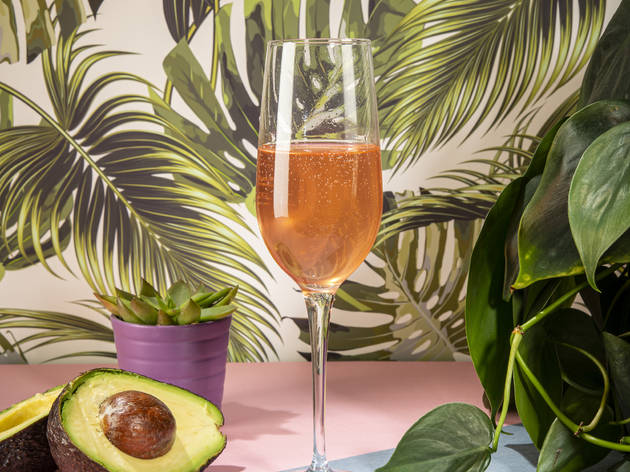 How to drink it now? The twist at Little Mercies in Crouch End is minimalist,pre-batched and poured from a prosecco bottle (also available alcohol-free – just order a Glamour Model instead). It’s served at the table in under five seconds, but it’s actually 48-hours in the making through distillation, clarification and carbonation. You won’t want to let them take the bottle away…