101 fabulous things to do in London this March

Happy March, Londoners! Bounce into spring on Bouncingham Castle, drink up and celebrate with the Last Libations crew at B&H on St Paddy's day and finish the month off in a sugar-fueled frenzy at the Chocolate Festival - just in time for Easter weekend. If you aren't too busy recovering from all that, there are plenty of restaurant openings, film releases and art exhibitions to keep you going. Do like the lions at the opening of their new home in London Zoo and go wild!

Mar 1: The Art Of Smartphone Filmaking Learn to make the most of your phone and create whipsmart short films for charities in this workshop-cum-volunteering session. Ages 18+

Mar 1–Aug 30: Swedish Hasbeens Pop-up The cool clog crew make a return to the Shoreditch BOXPARK, kitting everyone out in style for summer with their unique range of clogs and boots.

Mar 2–Mar 6: UCI Track Cycling World Championships The world's top cyclists return to Lee Valley Velodrome in 2016, battling it out to be crowned kings and queens of the track.

Mar 3–Mar 5: Bouncingham Castle A seven foot high castle made to wobble like a real jelly and smell like raspberry pudding will be popping up outside City Hall to celebrate the launch of Candy Crush Jelly Saga.

Mar 8–Mar 13: WOW: Women of the World Festival The 2016 edition of this festival features a stellar line-up, championing everything that is great about women and girls.

Mar 9: Firewalk Whip your socks off and pad across red-hot wood embers at this event organised by charity Action on Hearing Loss.

Mar 11–Mar 13: Most Curious Wedding Fair Now in it's twelfth year, the biggest indie wedding show in the UK is heading to the Old Truman Brewery with over 120 exhibitors celebrating exciting design talent.

Mar 13: Cow vs Pig Fun Run Freightliners Farm are raising funds for the upkeep of their site and animals by enlisting Londoners to run, walk and jog dressed as Friesians and pot-bellied pigs.

Mar 13: London Bowl 2016 If the Superbowl left you hankering for more touchdowns, huddles, and bulky quarterbacks, get a taste of Americana at the first ever London Bowl.

Mar 15: Totes Amazebags Craft Night The Crafty Bunch usually cater for little ones however their new bi-monthly workshops are aimed at adults, kicking off with a tote bag customising class.

Mar 20: Where's Wally Fun Run Walk, jog or run the 5 or 10 km course dressed as Martin Handford's cheerfully elusive creation - along with hundreds of other Wallys.

Mar 23: House of Toast This night takes reworking edibles to the next level, challenging participants to create the ultimate architectural structure out of toast.

Mar 25: The Passion of Christa A retelling of the story of the Passion, presented through the eyes of a female Christ in the atmospheric Union Chapel.

Mar 25: Land of the Lions Construction of this vast new exhibit began in 2014 and now the zoo is ready to rehome its pride of endangered Asiatic lions in this enclosure which is styled like an amphitheatre-like lion temple.

Mar 27: 2016 Boat Race The annual rivalry between Oxford and Cambridge is here again as the teams attempt to row to victory on the River Thames. 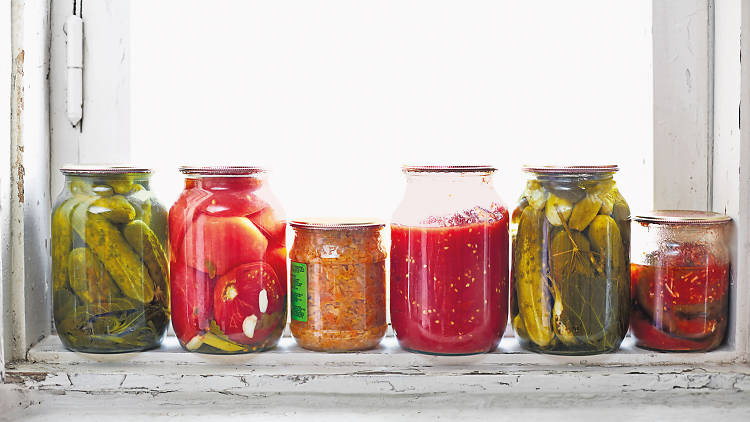 Duende A new tapas joint from Victor Garvey, one of the guys behind Bravas Tapas in St Katherine Docks.

Egg Break A Notting Hill from the Soho House Group, specialising in egg based dishes.

Sosharu A new Japanese restaurant from Jason Atherton, the man behind Pollen Street Social, Berners Tavern and Little Social, amongst others.

Restaurant Ours A new restaurant from Tom Story, the chef behind the Michelin-starred Restaurant Story.

The Diner at The Strand As the name would suggest, expect to find a classic diner look and menu - expect burgers, hot dogs, meat loaf and shakes.

Padella A new Italian restaurant from the team behind Trullo. The focus is on pasta dishes, with some wines served on tap, straight from the barrel.

Som Saa A permanent site for the guys behind the Climpson Arch Thai pop-up.

Sourced Market A Marylebone offshoot of the café, market and deli at St Pancras station.

Spiin A ping pong bar in Shoreditch from the people behind Canvas and Blueberry Bar. Expect at least ten custom made ping pong and beer pong tables set over two floors.

Mar 4–Mar 5: Fermented and Wild This feast of fermented goodness comes courtesy of L'atypique. Diners can get stuck into three courses of grub with perfectly pickled accompaniments, plus wild-yeast fermented wines.

Mar 13: St Patrick's Day at the Hard Rock Café Fuel up before the big St Paddy's Day Parade with an all-you-can-eat American breakfast with an Irish twist.

Mar 14–May 9: Last Libations Bourne and Hollingsworth Buildings will be celebrating St Patrick's Day with poitin, an oft overlooked Irish drink, creating a menu that shows off the unique flavours of this unusual beverage that was once thought to cause blindness.

Mar 25: Springfest For the seventh year, Ally Pally will be transformed into a German beer hall complete with Bavarian waitresses and Oompah band.

Mar 23–Mar 27: The Chocolate Festival The Business Design Centre becomes a one-stop shop for all of your sugary needs, just in time for Easter.

Mar 27: Christathon Worship at the altar of the pint at this Easter themed pub crawl and Jesus-themed fancy dress in order to raise money for charity. 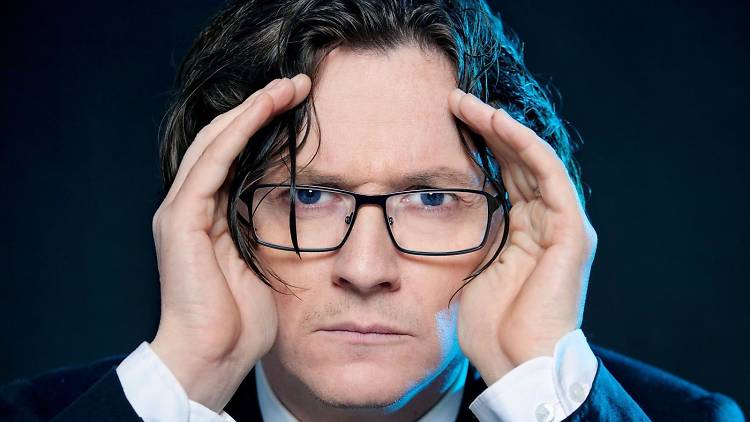 Ed Byrne: Outside, Looking In

Mar 1–Mar 5: Shazia Mirza: The Kardashians Made Me Do It Irascible and cynical comic Shazia Mirza heads to the Soho Theatre with her new solo show, focusing her wry wit on life, love and jihadi brides.

Mar 2: White Snazzy Glaswegian five-piece - featured as one of our 'ones to watch in 2016' - play a headline set of scratchy punk funk.

Mar 4–Mar 9: The 1975 The Manchester pop-rock phenomenon return to the capital with new material.

Mar 4–Mar 13: Label Mates Ten nights of the best up-and-coming bands curated by some of the best indie labels out there.

Mar 5: Burning Down the House This new east London night aims to give Dalston's nightlife a kick up the arse with the best songs of the 80's.

Mar 7: Kano East-end boy Kano returns to his roots with new LP 'Made in the Manor'.

Mar 8: Rising Stars Discover the stars of tomorrow at our specially curated gigs.

Mar 10: Grimes The sonically delightful electropop singer from Canada is back for her first show in London for three years.

Mar 11: The Jesus and Mary Chain The founding fathers of fuzz-pop return to the London stage.

Mar 15–Apr 5: Adele Pop megastar, balladeer supreme and outspoken icon Adele is back on the stage with her latest album '25'.

Mar 17: Savages The thrillingly intense post-punk revivalists are back in London with a sell-out show at the Roundhouse.

Mar 24: Andy C All Night Get ready for a drum and bass battering with a stonking six-hour set from one of the best D'n'B selectors in the game: Andy C.

Mar 24: Idris Elba The acclaimed DJ-turned-actor returns to the decks to headline this exclusive event from Egg and Industry London.

Mar 26–Mar 29: Wolf Alice The awesome foursome from North London are back with their grungy, heavy, indie tunes.

Mar 31: Janet Jackson The Janaissance is underway - Ms Jackson is back on form and back on tour with eclectic new album 'Unbreakable' and all the usual hits. 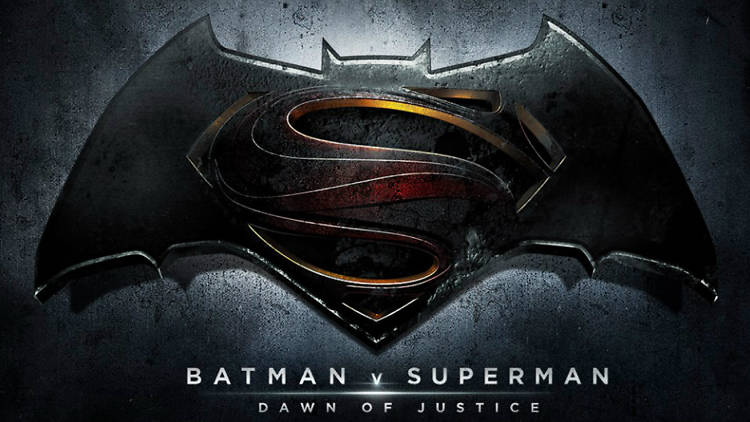 Mar 4: Hail, Caesar! The Coen brothers are back with this madcap tribute to the golden age of Hollywood cinema, featuring George Clooney, Scarlet Johanson and Jonah Hill.

Mar 11: Anomalisa We can promise you one thing - this is the only film you'll see this year featuring a stop motion sex scene between two animate puppets.

Mar 11: The Witch After 'The Babadook' and 'It Follows', here's the latest small-scale indie horror to create a big impact.

Mar 25: Batman v Superman: Dawn of Justice The first film featuring both superheroes, director Zack Snyder pits the two against each other, as Batman attempts to take his alien counterpart down a few pegs.

Mar 16–27: BFI Flare! A celebration of the best new and classic LGBT films from around the world.

Mar 15–Jun 18: People, Places And Things Denise Gough is stunning in this powerful play about addiction and reality from '1984' scribe Duncan Macmillan.

Mar 22–Apr 9: All That Fall Slip on a blindfold for this Beckett play that happens in total darkness. 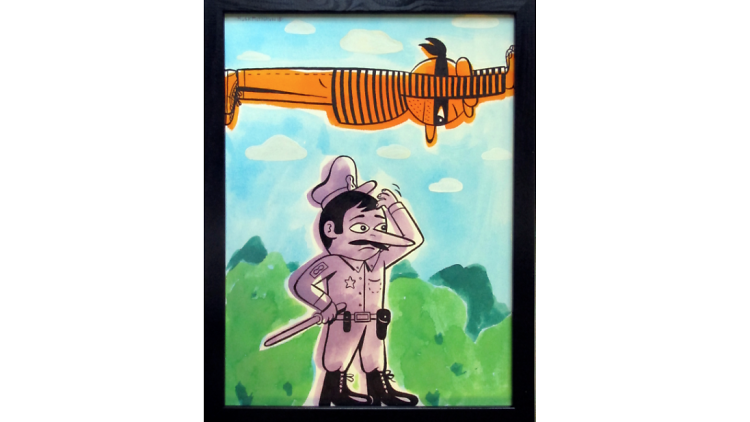 Venturing Beyond: Graffiti and the Everyday Utopias of the Street

Mar 3: First Thursdays Making sense of the myriad of galleries in East London, Time Out has teamed up with the Whitechapel Gallery in order to see over 100 galleries and museums staying open til 9pm, as well as hosting talks and behind-the-scenes sessions on the first Thursday of every month.

Mar 3–May 2: Venturing Beyond: Graffiti and the Everyday Utopias of the Street, Somerset House The long-standing idea of graffiti as a public nuisance is turned on its head in this exhibition.

Mar 3–May 22: Hilma Af Klimt: Painting the Unseen, Serpentine Gallery One of the most fascinating - and strange - artists of the last 100 years is the subject of one of the most hugely anticipated shows of 2016.

Mar 4–Jul 31: Unseen City: Photos By Martin Parr, Guildhall Art Gallery All the pomp and circumstance of the City of London is laid bare in this exhibition.

Mar 5–Jul 3: Botticelli Reimagined, V&A Bringing together the largest collection of Botticellis seen in London for decades, V&A's spring blockbuster is a chance to marvel at the beauty of the master whilst also exploring his influence on art, film, photography, fashion and design.

Mar 16–Jun 19: Strange and Familiar: Britain As Revealed By International Photographers, Barbican Martin Parr curates a show that looks at how international photographers from the 1930s to today have captured the cultural, social and political identity of the UK through the camera lens.

Mar 19–Jul 3: Paul Strand: Photography and Film for the Twentieth Century, V&A This show, the first in the UK since American photographer Paul Strand's death, includes photographs and films ranging from the streets of Manhattan to his extensive travels across Africa and Scotland.