Learn a new skill at an outdoor spoon carving workshop, dine on Cypriot flavours at a pop-up in Clapham or catch Bo Ningen playing at the Barbican tonight. Have yourself a wonderful week with the list below.

Battersea's Kitten Shower, Battersea Dogs & Cats Home, Thu, £5, £3 children. Anytime you can get multiple kittens into one room you're onto something. Dozens of seriously cute balls of fluff will be roaming around a specially designed creche waiting to meet families visiting the centre for this annual event.

Poetry International, Southbank Centre, Thu, prices vary. The Southbank's Poetry International festival returns in 2015 with four days of talks, readings, workshops and performances. Founded by Ted Hughes in 1967, the festival champions poets from across the globe and celebrates both traditional and new forms of poetry.

Gnome & Away: Secrets of the Collection, Garden Museum, all week, £7.50, £6.50 concs. The Garden Museum closes in October 2015 for a £6.6 million redevelopment before reopening in early 2017, but before the transformation period begins they're giving the public one last chance to see their brilliant collection of objects and artworks.

Run Around London, Various, all week, £8. These hour-long runs past London's famous landmarks must be the most achievement-filled way to start your day – you'll tick exercise, fresh air and sightseeing of your to do list, and all before 8am.

A Quentin Blake Summer, Chris Beetles Gallery, all week, free. A free exhibition of the illustrator's colourful, magical drawings which feature 'wind, dogs, kites, and extra ducks' among other things. All exhibits are new works and are for sale.

Popupalot, The Jam Tree - Clapham, Tue, £35 plus booking fee. Feast on three courses of Cypriot inspired cuisine at this pop-up dinner designed by chef Nicos. Traditional dishes are given a new twist with the menu boasting plates such as pan fried scallop with grilled bastourma sausage and watermelon, calamari and roasted red pepper sauce and plum and lavender baklava.

Guildhall Yard Food Market, City, Thu, free. Buy your lunch in the magnificent courtyard of a fifteenth-century civic hall while councilmen come and go from the Court of Common Council at this monthly food market.

Cîroc at London Riviera, More London Riverside, all week, free. Celebrate the king of the fruits at this five month pop-up inspired by the tropical spirit of Cuba and the prickly pineapple. Visitors to the south bank can enjoy fruit infused drinks and a seasonal menu taking influences from eastern Mediterranean street food.

Arj Barker – Get In My Head, Soho Theatre, all week, £10-£15. The USA's Arj Barker – best known for his role as Dave in 'Flight of the Conchords' – pays London a welcome visit; his first trip in five years.

The Drums, Koko, Tue, £17.50. One of the buzz bands of 2010 return to see if their bouncy mix of new wave and rock ’n’ roll can find its feet in 2015. Their latest album is called ‘Encyclopedia’: it’s very, very long with the songs in alphabetical order. Possibly.

The Deep Hum at the Heart of It All, The Social, Wed, £6, £5 adv. A midweek showcase of underground indie bands and DJs playing eclectic, alternative tunes.

Your Mum's House, The Nest, Thu, £7, £5 before midnight. Not for the faint-hearted, this weekly jaunt is a 'dress up 'n' get messed up' night of mayhem and mischief, with a soundtrack of bassy house, hip hop, old school bangers, trap, R&B and UK garage.

Man of Iron, Ognisko, Tue, £10. More from the great Andrzej Wajda. This remarkable loose sequel to his ‘Man of Marble’ welds newsreel footage of the Polish Solidarity strike to fiction in a strong investigative drama.

‘Get Carter’ + ‘Withnail & I’, Regent Street Cinema, Wed, £11, £10 concs. A thoroughly British double bill of beloved classics, the only connection being that they follow characters who travel from the Big Smoke to the Grim Oop North, and find more trouble than they bargained for.

Luna Cinema: ‘Crocodile Dundee’, Brockwell Lido, Thu, £14.50. Of all the roving summer film pop-ups, Luna Cinema go to the classiest locations, including Kew Gardens, Greenwich Park and a number of stately homes and posh joints nationwide. But we’ll settle for the closer-to-home comforts of Brockwell Lido, and a screening of that daft but loveable Aussie classic ‘Crocodile Dundee’.

Ant-Man ★★★☆☆ Based on a comic character that first appeared in 1962, 'Ant-Man' tells the origin story of a sweet-natured thief named Scott Lang (Paul Rudd). Incapable of holding a job but determined to pay child support for his daughter, Lang re-teams with his old crew (a trio fronted by the great Michael Pena).

The Gathered Leaves, Park Theatre, Tue-Thu, £15-£25, £18 concs. Families are hard work. No news there; playwrights have been dining out on them for centuries. But as Andrew Keatley’s ‘The Gathered Leaves’ shows there’s still much to be learnt from our kith and kin.

What's It All About? Bacharach Reimagined, Menier Chocolate Factory, Tue-Thu, £29.50-£35. Young, clean-cut American Kyle Riabko seeks to throw Bacharach back into the spotlight with this new show, where he essentially plays the 87-year-old legend’s classics back to back for an hour and a half.

Styx, secret London location, Tue-Thu, £15. ‘Styx’ is the latest immersive adventure from Rift, the company behind an overnight ‘Macbeth’ and a roaming version of ‘The Trial’. The term ‘immersive’ is used so loosely these days but this eerie whirlwind from director Felix Mortimer – which is a solo journey with headphones – is horribly and impressively intense.

Little Malcolm and his Struggle Against the Eunuchs, Southwark Playhouse, all week, £18, £16 concs. A great revival of a great work by forgotten playwright David Halliwell.

Alice Anderson: Memory Movement Memory Objects, Wellcome Collection, Wed-Thu, free. For her latest show, Anderson has used copper to mummify over 100 sculptures. From the decorative to the recognizable, Anderson has completely covered objects in the reddish brown metal to distort the original and heighten the viewer’s senses.

Summer Exhibition, Alan Cristea, Wed-Thu, free. Alan Cristea’s annual summer show focuses on classic works and new editions by its established and celebrated roster of artists. Including iconic names such as Jasper Johns, Allen Jones and Bridget Riley you’ll also be able to experience the largest print Sir Howard Hodgkin’s has ever made, ‘As Time Goes By (Orange)’ (2009 – 2014).

Win... the ultimate trip to Ibiza or an exclusive sleepover at the Hayward Gallery's Carsten Höller exhibition

Top of the world: the best rooftop restaurants in London

Nearly every London borough is above the legal pollution limit

56 fantastic and free things to do this summer 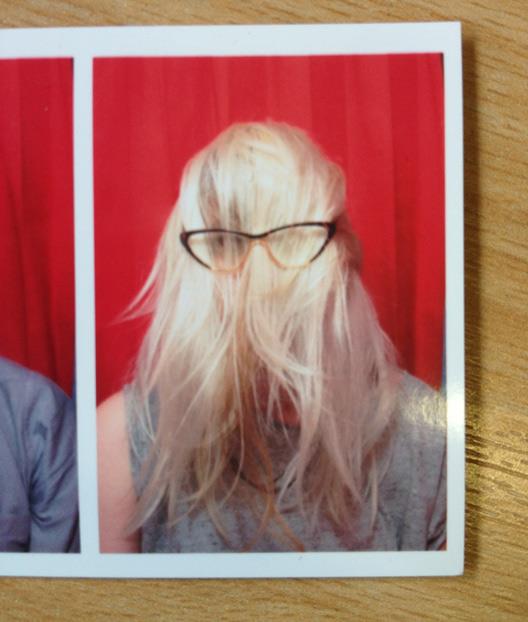