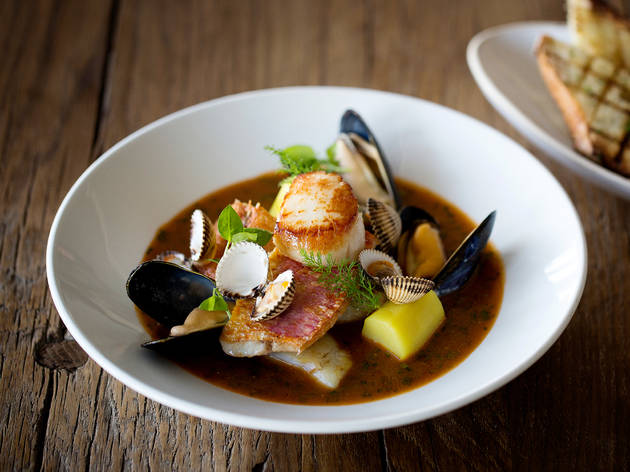 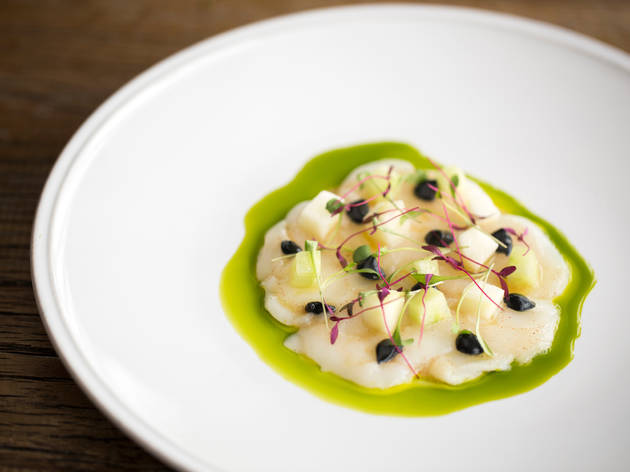 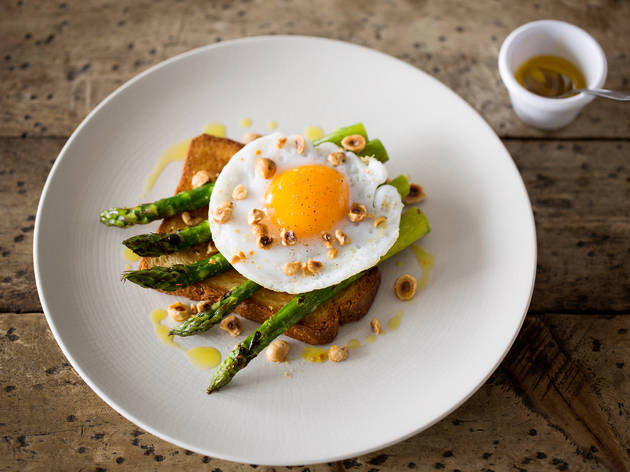 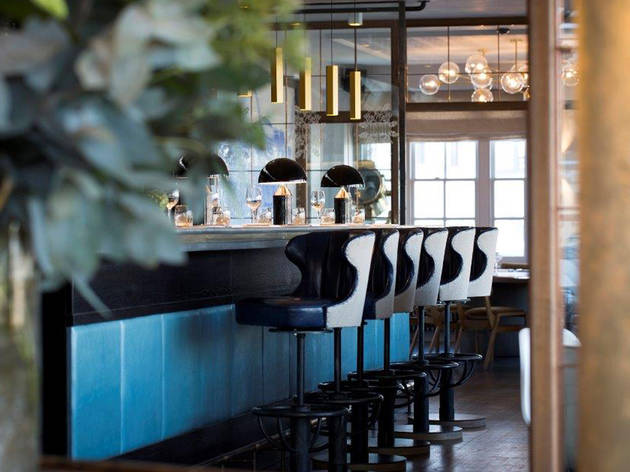 A modern British restaurant next to the Globe Theatre.

What’s in a view, eh? A lot, if the Swan – a modern British restaurant attached to Bankside’s Shakespearean theatre – is anything to go by. Get a seat facing a window; by night the riverside aspect of an illuminated St Paul’s is a stunner. It’s a lovely room too: smart, chic and airy, a foil to the rammed bar downstairs. And the food? Swan’s exec chef is one Allan Pickett, late of smart French restaurant Piquet, so it’s a bit disappointing that, for the most part, the modern British cooking is wilfully one-note despite the picture-perfect presentation.

Things started well. A dish of sliced, near-translucent scallops with tiny blobs of squid-ink mayo and apple was rich and singular tasting, the marinated molluscs possessed of a cool, creamy bitterness. A massive pork croquette with a tart burnt-apple sauce was equally good.

However, main courses were mixed. A Cornish fish stew featured an impressive pile of mullet, mussel, scallop, bream and nicely bitey saffron potatoes, but the white-fish elements were interchangeable tastewise. But it was better than both a salty plate of slow-cooked ox cheek and a pretty dish of pea and shallot tortellini that demanded a broth rather than the thick pea puree it came with.

Still, full marks to the ‘floating island’ dessert, a cloud-light poached meringue bobbing in a fine custard, flecked with tiny nobbles of pink praline and chopped pistachio. It was one of the prettiest puds I’ve seen in aeons, and is a must for the sweet-toothed.

Missteps aside, Swan is a decent option for canny pre- and post-theatre diners in this relatively barren stretch of the South Bank (though not a cheap one). And it’s worth a trip just for that view.