My Account My Profile Sign out
My Account
Search
Worldwide Europe United Kingdom England London An ode to the corner shop, the underrated glue holding London together
Advertising

All right, I know: everyone appreciates their own corner shop as a source of snacks, fags, batteries, Blu-Tack, fizzy drinks, painkillers and all the other things that make London life possible. But have you ever thought about the cosmic significance of the capital’s independent newsagents as a whole?

Without the plucky corner shop, our city would be an unbroken chain of Sainsbury’s Locals and Tesco Expresses. Decent crisps would never be on offer, there would always be an unexpected item in the bagging area, and veg wrapped in infinite layers of plastic would force the condemned into a Sisyphean game of pass the parsnip.

Salvation lies down the road, where the beacon of the corner shop’s fascia – invariably sponsored by a phone company you thought went bust in 2008 – emits a providential glow amid the hoary gloom. Booted out of the pub after last orders, thirsty for more but reluctant to go out-out? The corner shop is there for you. Been out-out and want to carry on into the ungodly hours? The corner shop is your friend, with its abundant store of tinnies, cigs and other afterparty supplies.

‘Without the plucky corner shop, our city would be an unbroken chain of Sainsbury’s Locals’

Each corner shop has a unique special feature – a butcher’s counter at the back, say, or an endearing selection of gas-mask-shaped bongs. If you’re truly blessed, your local may be furnished with the holy grail: a hatch for spontaneous after-hours purchases once the main doors have closed. What these establishments all have in common is a bigger, better selection of booze (Tatra Mocne! Cactus Jack’s!) and an array of snacks – from Space Invaders to baklava to Dip Dabs – infinitely superior to any chain mini-market’s.

They don’t just feed our bad habits, either. The corner shop has played a crucial role in the integration of the capital’s immigrant communities. Read Babita Sharma’s book ‘Shopkeepers, the Sharmas and the Making of Modern Britain’ for a look at how the corner shop and its proprietors shaped our country. In their absence, our city would be as predictable and bland as your lunchtime meal deal.

After you and I are gone, when commuters travel on the PepsiCo Northern line and tuck into Chlorine Fried Chicken; when part-ownership schemes offer lucky first-time buyers 1 percent of their dream studio box room; when, cutting out the middlemen, public policy is finally decided by a committee of tabloid newspaper editors, the corner shop will endure, its inviting 24-hour glow illuminating our urban perdition.

Now check out some of London's best shops 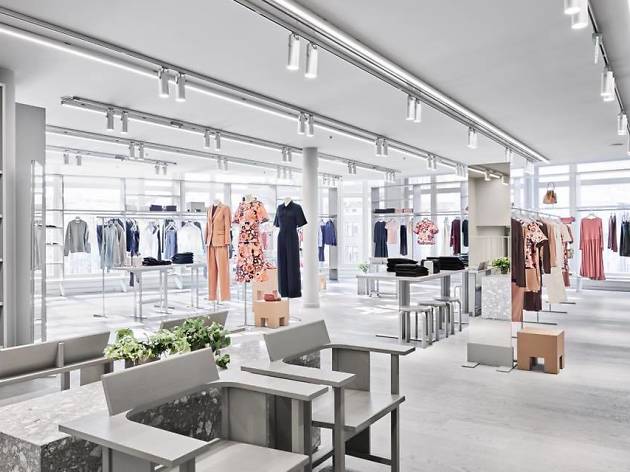 Best for: All things Scandi-living

Fuelling London's obsession with all things Scandi, the arrival of Arket (another store from the sprawling H&M family) now means that the region's stylish but functional style of clothing, homeware and cosmetics are all available under the same roof. A self-claimed 'modern-day market', pick up a denim shirt, a terracotta pot, paperclips and a chic bib for the baby all in one shop. Yes, this is Scandinavia's answer to John Lewis. 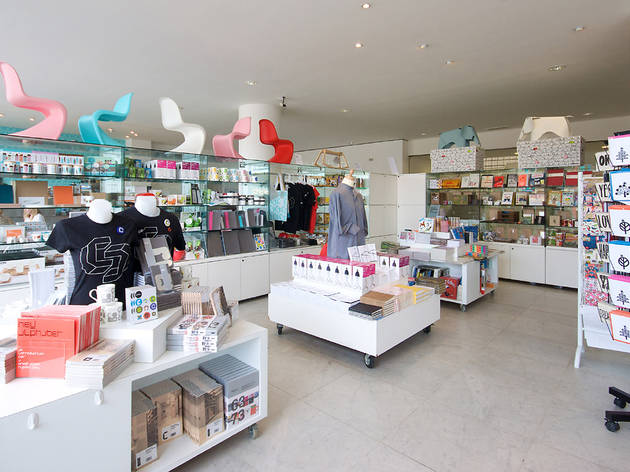 ‘Oh god, my light bulbs aren’t stylish enough!’ Don’t worry, that’s normal. Everyone has that reaction after visiting the Design Museum Shop. This isn’t a bog standard museum add-on to try to coax you out of an extra few quid. As well as stocking souvenirs from the current exhibition, the Design Museum Shop carries all sorts of ingenious gadgets and sleek homeware from top designers, including foldable plug adapters, the award-winning ‘Plumen’ light bulb and something called a ‘Juicy Salif’ (Google it). 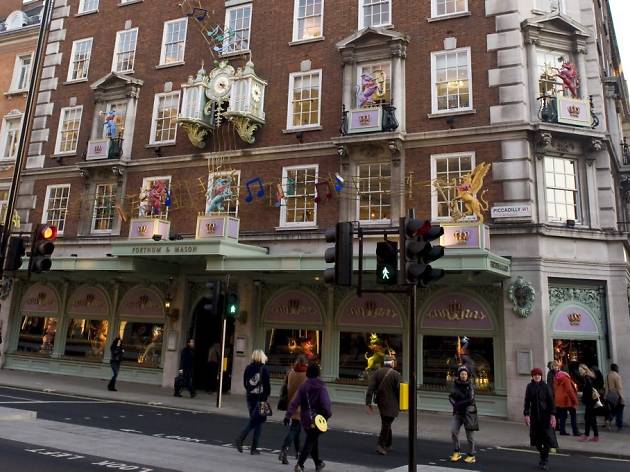 With its stylish eau de nil and copper-clad façade, ultra-opulent interiors and numerous royal warrants, Fortnum’s makes a serious play for the title of world’s poshest department store. No trip to 181 Piccadilly is complete without meandering through the fragrant food halls, where you can fill luxury hampers with delicacies beyond a gastronome’s wildest dreams. Also worth a visit is the second-floor beauty emporium, which stocks exclusives from a clutch of niche fragrance brands, and is home to a Bamford Haybarn spa.

Best for: Streetwear with a sense of humour 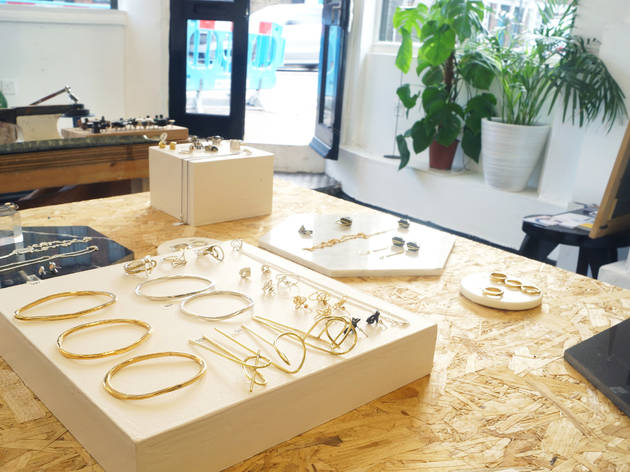 Each week, this unassuming Hackney premises hosts a local designer and his or her fashionable wares, completely rent-free. Once the seven days are up, another young brand moves in. Considering that Hackney is a fashion hotspot, home to the likes of Jonathan Saunders, House of Holland and Roksanda, you’re likely to find incredible catwalk clothes on the rails at heavily discounted rates – or you might chance upon an amazing local newbie given retail floorspace for the first time. 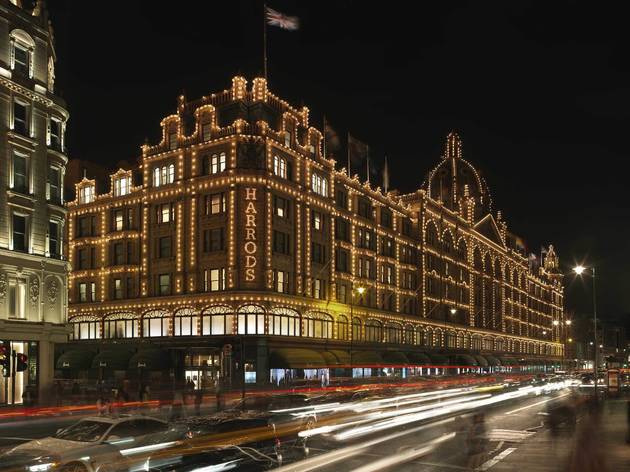 Best for: Extravagant style under one roof

Yes, it’s unashamedly ostentatious, but Harrods is a spectacular shop and a London institution. Once you’ve dodged the tourists taking selfies outside, the elegantly tiled food halls on the ground floor are heaven for foodies, while the beauty halls boast a wealth of luxury exclusives. Other highlights include the gargantuan Shoe Heaven and fragrant Salon de Parfums showcase. Little ones can be kept occupied for hours in the Toy Kingdom, which sells everything from posh dressing-up gear to mini Mercedes G-Wagons for the aspirational tot. 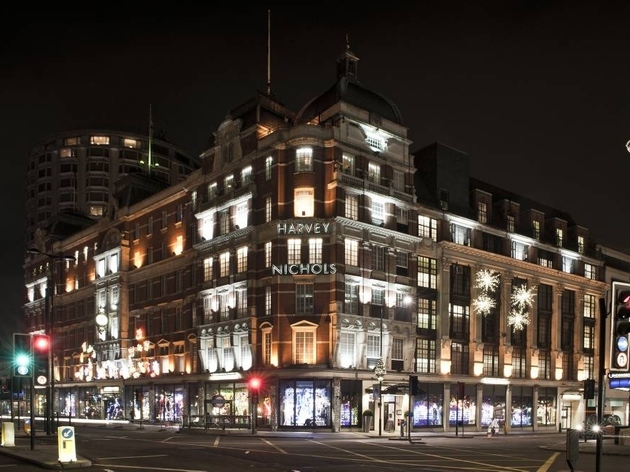 Getting as smart as the swish stock it houses, by renovating from the basement up Harvey Nicks is looking seriously sharp these days. A one-stop shop for everything luxury, it’s especially strong when it comes to fashion and beauty. Managing to avoid being fusty, its menswear space has a super cool barbershop and rotating pop-up space, while its graceful beauty floor is full of new and innovative products. 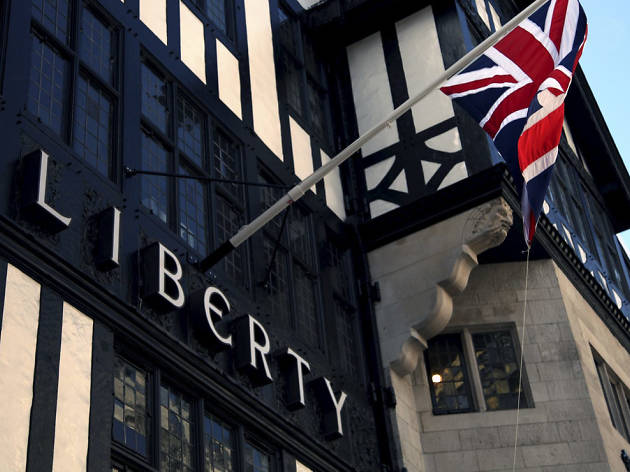 There is no more gorgeous a shop in London – possibly the world – than Liberty. With its eccentric best-of-British jumble of haberdashery fabrics, brilliant homewares and vintage jewels, wandering through the wood-panelled rooms is a little like exploring a stately home – albeit one that’s home to a lovingly curated selection of cutting-edge international fashion and beauty brands. 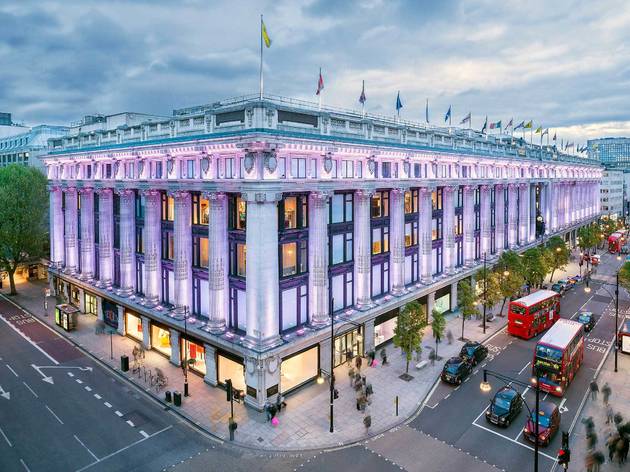 Selfridges was never intended to be just a store – the emphasis was always on the experience of shopping – but we doubt that even the visionary Mr Harry Selfridge could have foreseen a talking water fountain in the foodhall. The sheer scale of the operation means that it can accommodate a breadth of brands that span all price points – from Primark to Prada, it’s all here. Selfridges doesn’t measure itself against other department stores, it only competes with its own past successes, and this attitude ensures that it remains ahead of the curve. 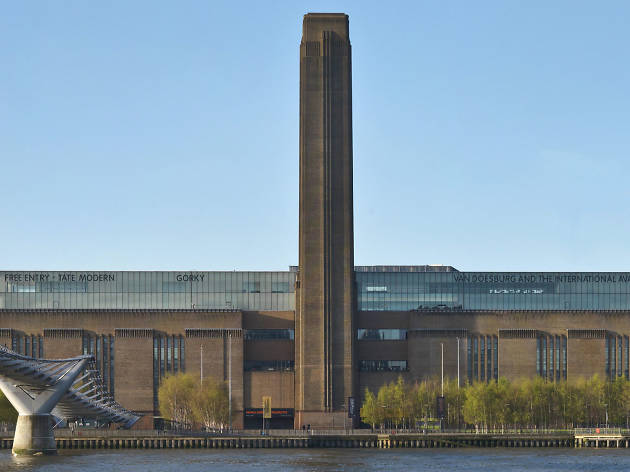 Best for: Beautiful things you don't need, but absolutely must have

Laughing in the face of rainbow rubbers and giant pencils, the Tate Modern’s gift shop is full of lovely things that you would actually want: David Shrigley dominoes, Guerrilla Girls tea towels, Yinka Shinobare crockery, Hockney tote bags, Grayson Perry’s silk scarves. Artfully positioned at the museum’s entrance you don’t even need to pretend to be interested in the art to shop there. 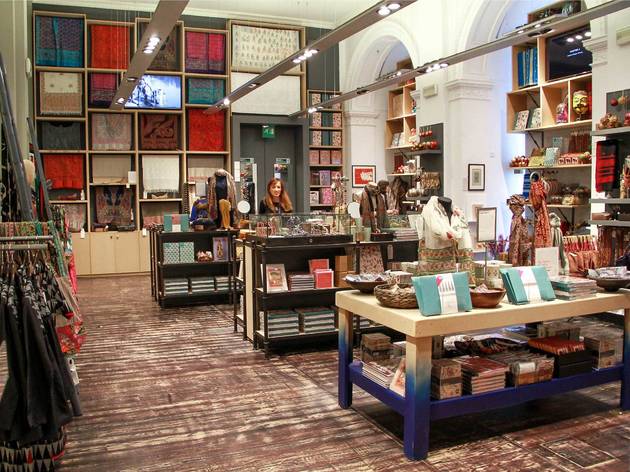 The V&A’s airy, capacious store is the queen of London’s museum shops. Found right at the heart of the grand old building, its contents are curated with as much thought and flair as any of the museum’s blockbuster exhibitions. The limited-edition themed products (designed to tie in with each big show) are always covetable, while the permanent collection of art and design books, postcards and contemporary jewellery makes it a reliably good gift destination.