This Halloween, don't just watch a scary movie – get off the sofa and head out on a spooky cinematic adventure (if you're over 18 of course), all while you travel off-peak

Looking for something a little left-field to do this Halloween? We've scoured the city (and our film collection) to bring you the ultimate London horror movie itinerary. Each of these chilling cinematic classics features some iconic locations from across the capital; many of which you can still visit today (minus the zombies, demon children and werewolves, of course).

Looking for more Halloween adventures? We've also put together a run-down of family friendly activities happening in London this October, from pumpkin carving to ghost tours.

When you're zipping to and from each destination, make sure you take advantage of Transport for London's off-peak fares. With fares starting at just £1.50 when travelling in Zones 2-6 (for an adult off-peak pay as you go journey not going via Zone 1 on Tube, DLR and most London Overground services), the wonderful world of off-peak is your best friend when it comes to getting around the capital this winter.

Remember to check TfL Journey Planner before you travel. 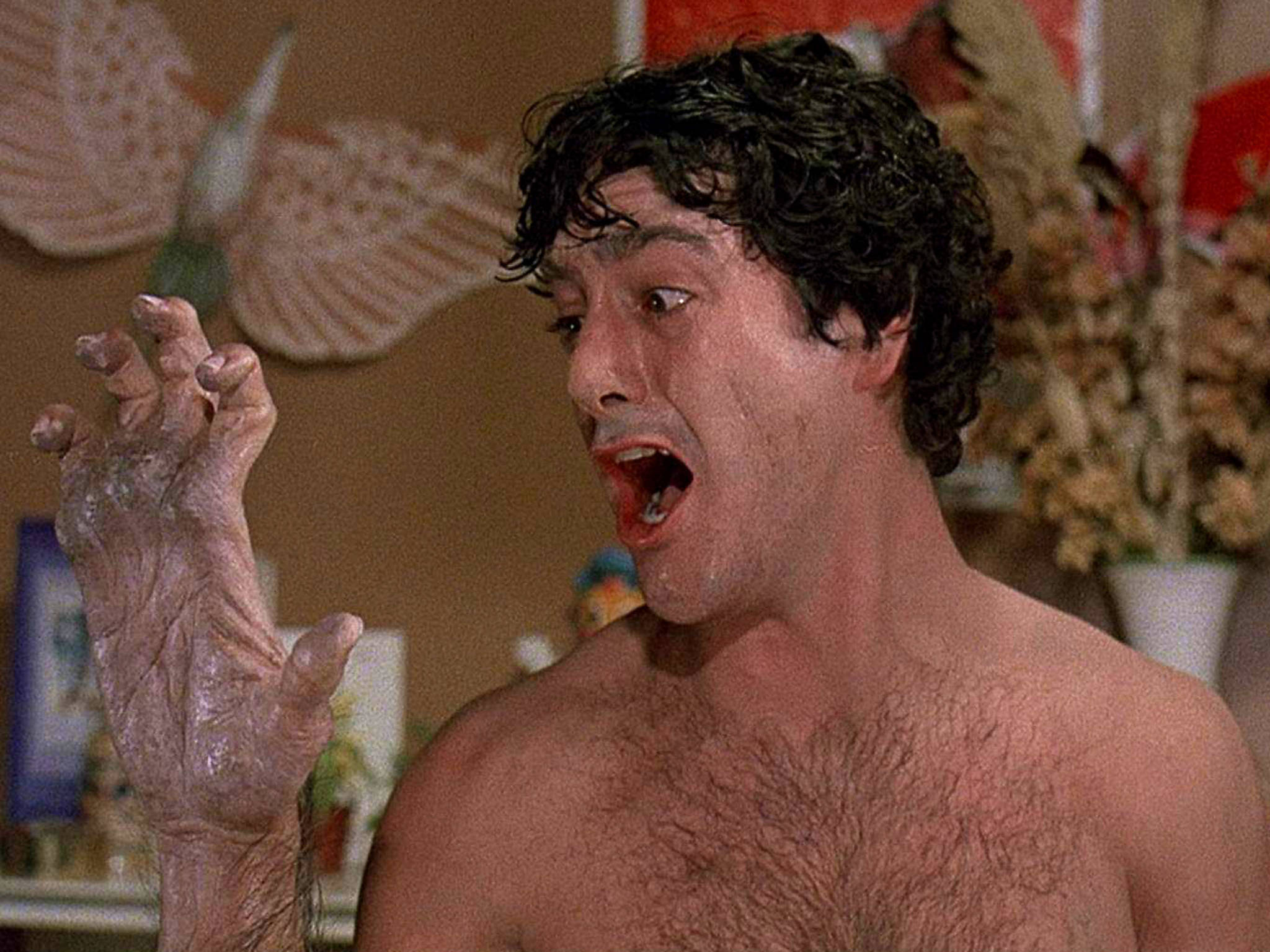 Rating: 15. Head to the West End to follow in the furry footprints of David Kessler, an American backpacker who, via a series of deeply unfortunate events, has been turned into a werewolf. It’s here that he finds himself haunted by recent victims and his old pal, the now pretty much decomposed Jack, in a sequence that ends rather dramatically on the corner of Shaftesbury Avenue in Piccadilly Circus.
While you're in the area: You're in the heart of the theatre district – so why not treat yourself to a show at the Apollo Theatre, the Harold Pinter Theatre or even some stand-up at the Comedy Store or jazz at Ronnie Scott's? During the daytime, pop over to Foyles, a beautiful, sprawling bookshop where you can peruse more than 200,000 books over four floors.
Getting there Piccadilly or Bakerloo line to Piccadilly Circus.
Local bus routes 6, 14, 19, 38, N19, N38, N97. 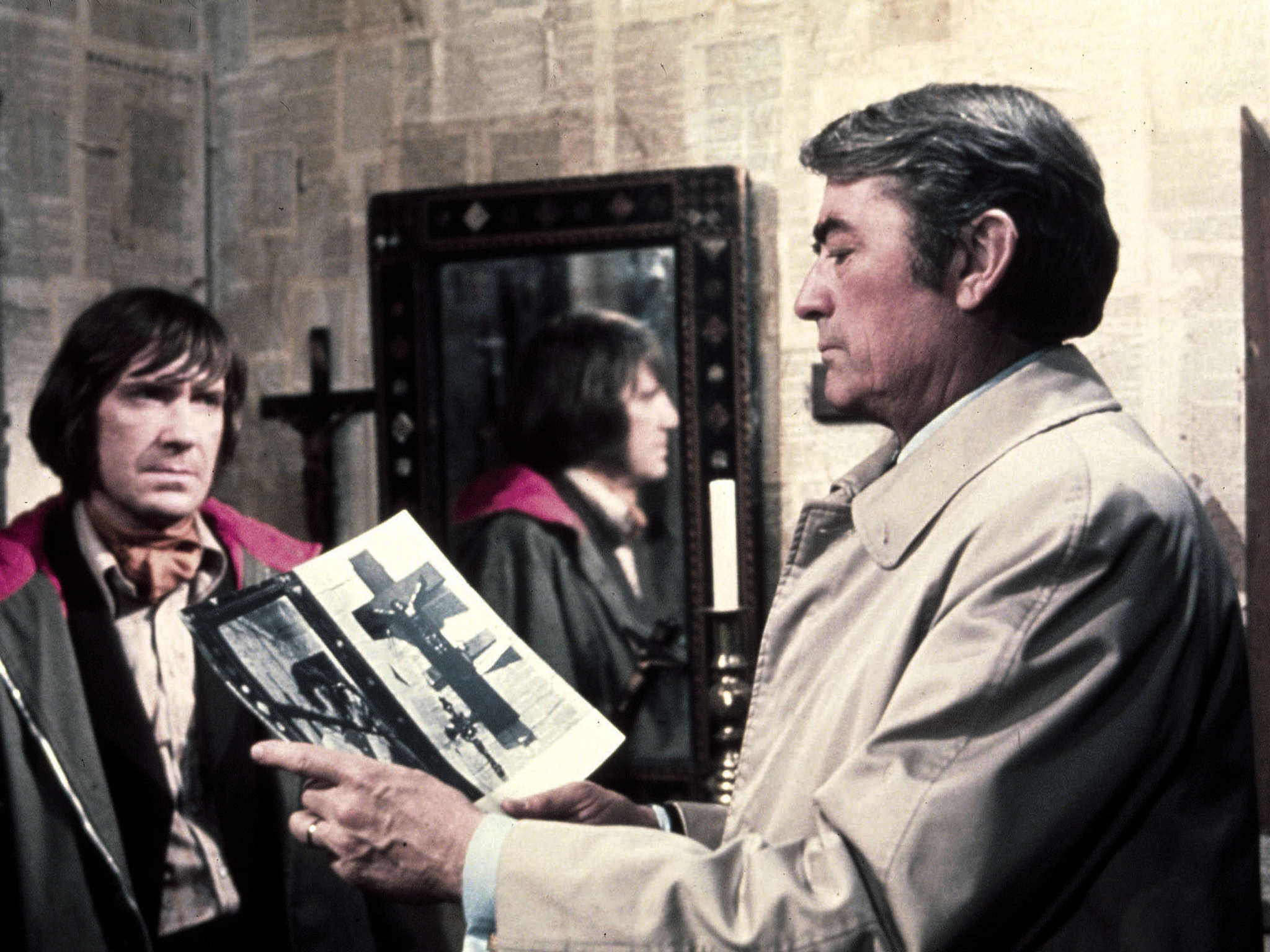 Rating: 15. This demonic classic takes in a few London locations (Hampstead Heath, Grosvenor Square, Lambeth) but its most famous moment unfolds next to Putney Bridge at All Saints Church. It's here that Father Brennan’s (Patrick Troughton) attempts to alert an American diplomat that his son is the Antichrist (OMG!) are brought to a juddering halt by a falling lightning rod. Ouch.
While you're in the area: Less than ten minutes' walk from All Saints Church is Fulham Palace: a grand Tudor manor house that is free to enter, and is complete with a serene courtyard, beautiful grounds and access to riverside walks.
Getting there District line to Putney Bridge.
Local bus routes 39, 85, 93, 265, 270, 414. 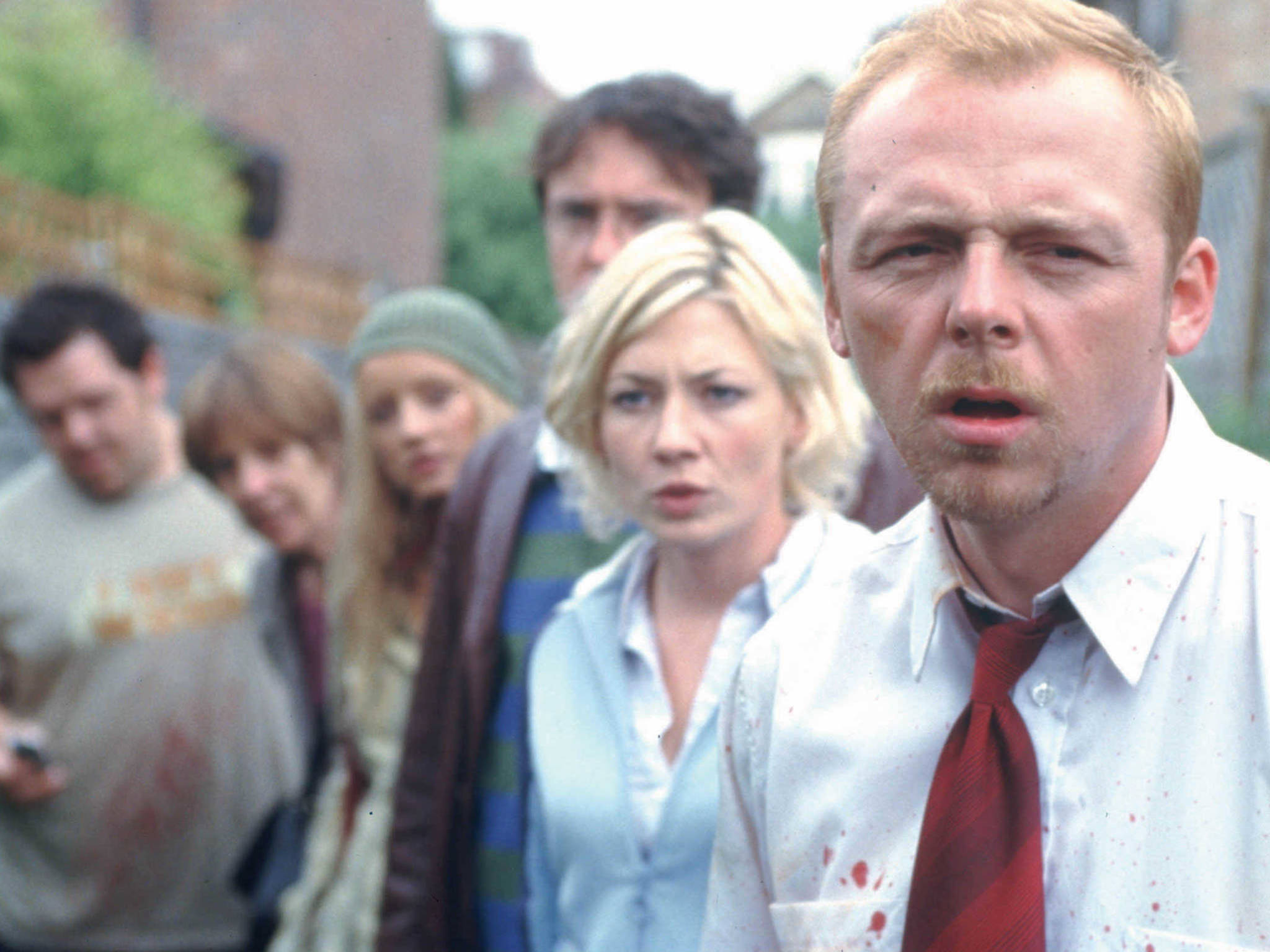 Rating: 15. The first film in the classic Cornetto Trilogy ends with a pub siege that was shot in New Cross. But instead of hunting for The Winchester Tavern (actually the Duke of Albany), which has since been turned into flats, head to Crouch End to soak up the vibes in Shaun’s neighbourhood. Much of the film was shot in N8 so you’re never far from a location used in the movie. How's that for a slice of fried gold?
While you're in the area: Locals love this leafy neighbourhood for its urban village feel. Check out an art exhibition at the Hornsey Town Hall Arts Centre, catch some stand-up comedy most nights of the week at Downstairs at the King's Head, see a movie at ArtHouse Crouch End and browse secondhand vinyl at Flashback Records.
Getting there Overground to Crouch Hill then W7 bus.
Local bus routes 41, 91, W5, W7, N41, N91. 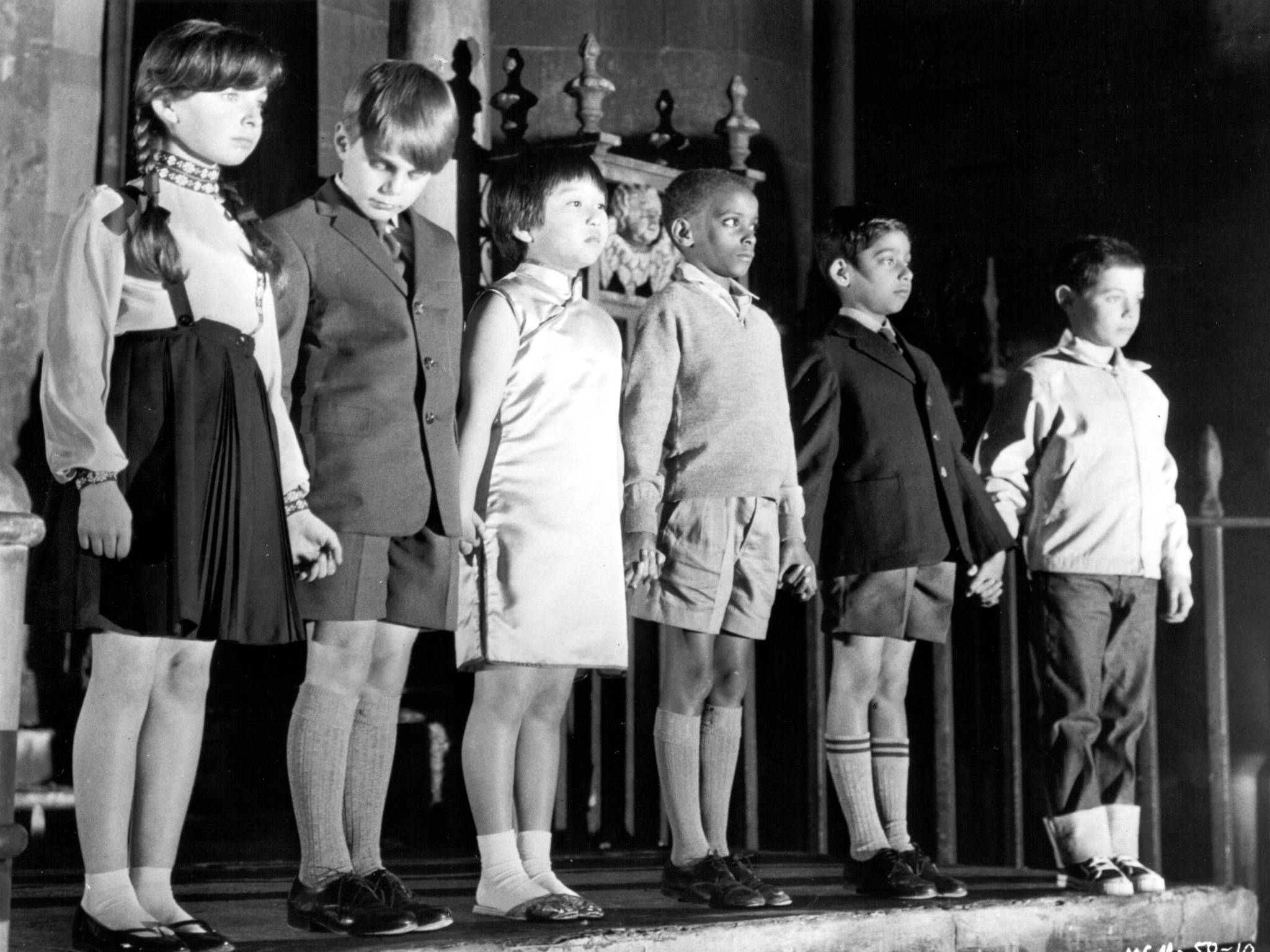 Rating: 12. This 1964 sequel to cult classic ‘Village of the Damned’ sees six telepathic super-kids escaping government surveillance and hiding out in a church. The church? St Dunstan-in-the-East between Monument and Tower Hill. Badly bombed during the war and left in its bombed-damaged state, it’s the perfect hide-out for a bunch of spooky kids and well worth a visit.
While you're in the area: Spend time exploring the picturesque ruins of St Dunstan-in-the-East: the stone arches overrun by leaves and vines make for top-notch Instagram shots. Afterwards, zip over to Fenchurch Street and ascend 35 floors up to Sky Garden; three storeys of greenery overlooking the sky.
Getting there District or Circle line to Monument.
Local bus routes 17, N15, 35, 40, 43, 47, 48, 133, 141, 149, 344, 521. 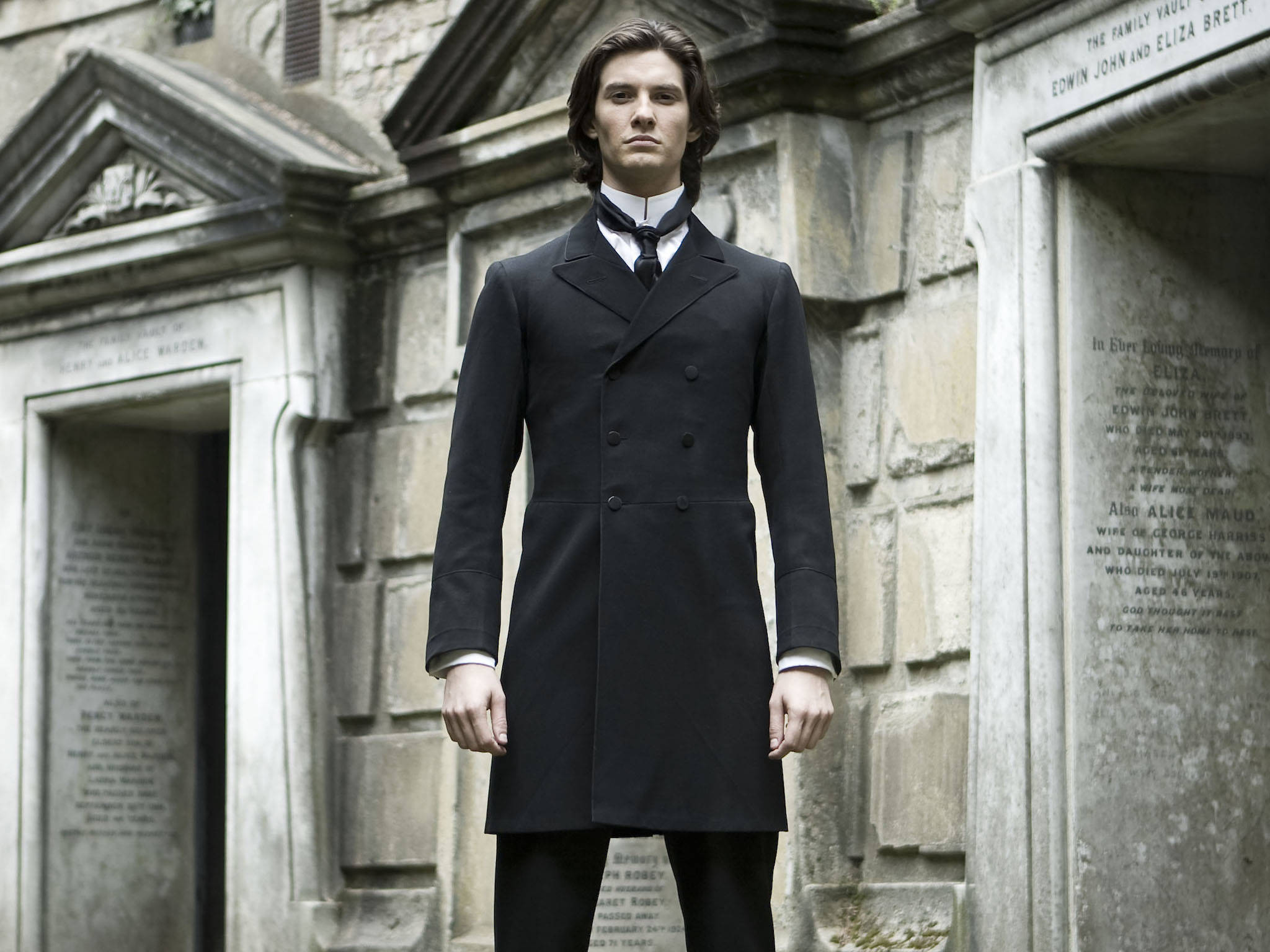 Rating: 15. Unsurprisingly, Highgate Cemetery (probably London’s spookiest) has played host to plenty of horror films down the years. But the gothic burial ground in N6 – a real-life Tim Burton set – also lent its creepy grandeur to another kind of horror, cautionary tale ‘Dorian Gray’. You can follow in the footsteps of Ben Barnes (Gray) and Colin Firth (his sleazy chum, Lord Wotton) through the graveyard in this 2009 adaptation of Oscar Wilde’s ‘The Picture of Dorian Gray’. Our tip? Go before it gets dark.
While you’re in the area: The obvious choice here would be to explore the wild woodlands, meadows and swimming ponds of nearby Hampstead Heath; but for something a little more hidden, check out the neighbouring Waterlow Park, with its three ponds and historic Lauderdale House on the grounds.
Getting there Northern line to Archway, then 10-minute walk or 210, 143 or 271 bus.
Local bus routes C2, C11, 143, 210, 271. 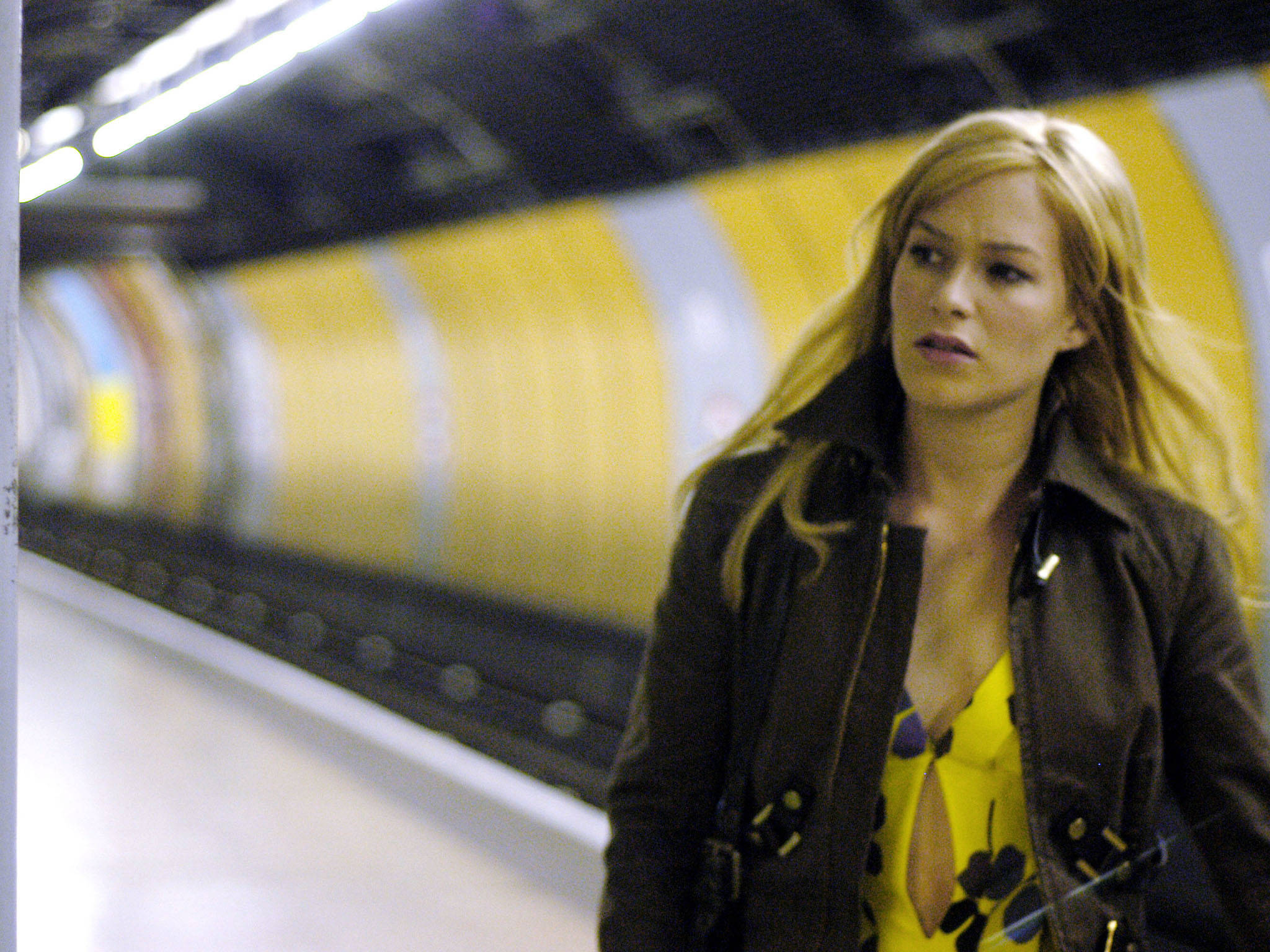 Rating: 18. True fact: until 1999, you could get the Jubilee line to Charing Cross station. Mind you, based on this slasher horror, you probably wouldn’t have wanted to. The old Jubilee line platforms are the scene of much gory grossness as a murderous mutant has the run of the joint and party animal Kate (Franka Potente) must flee for her life down tunnels, down corridors and into secret underground labs. See the film, pay a visit, but stay behind the yellow line at all times.
While you’re in the area: You’re right in the centre of things here, amongst many of London’s greatest cultural treasures. Drop into the National Gallery or check out the latest exhibition at the ICA.
Getting there Bakerloo or Northern line to Charing Cross.
Local bus routes 6, 9, 11, 15, 23, 87, 91, 139, 176, N15, N21, N26, N89, N91, N155, N199, N343. 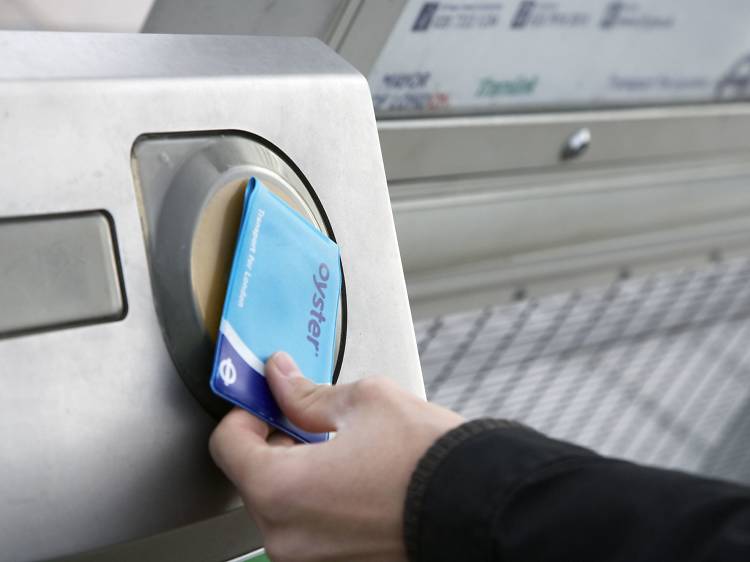 Get there for less!

TfL’s off-peak fares mean that your Halloween outings won’t hurt your budget. Off-peak fares apply on all Tube, DLR and most London Overground services across London. You can tap into the wonderful world of off-peak every weekday before 6.30am, between 9.30am and 3.59pm, and after 7pm. They also apply all day at weekends and public holidays. Always touch in and out with the same card or device to pay the right fare.

Travel into Zone 1 from £2.40
Fare shown is for an adult off-peak pay as you go journey from Zone 2 into Zone 1.

Travel by bus or tram for £1.50
Off-peak does not apply on buses or trams: TfL’s Hopper Fare lets you take unlimited bus or tram journeys anytime, anywhere within one hour of first touching in for just £1.50. 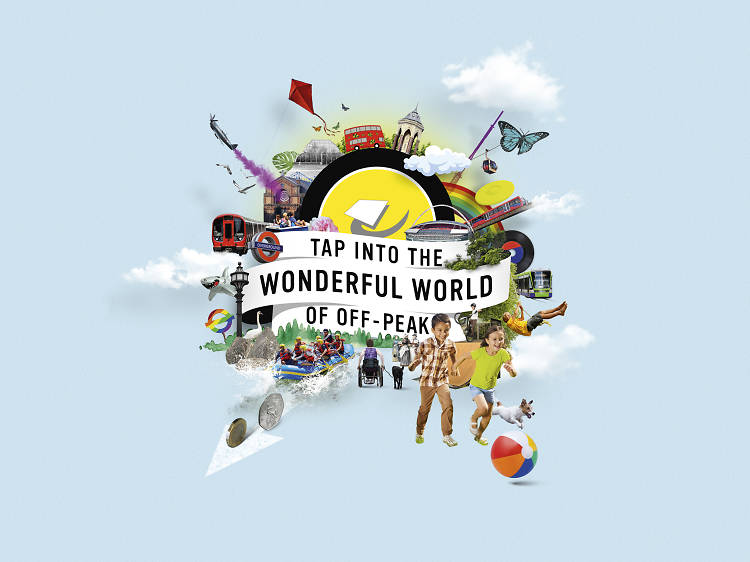 Discover more of the wonderful world of off-peak

We know that affordable, convenient public transport is the key to accessing the best that London has to offer – and thanks to TfL’s affordable off-peak fares and other discounts across the network, the possibilities for spooky adventures are wider than ever. Find more unexpected and exciting off-peak experiences here.